Andrea Iannone one week, Cal Crutchlow the next; what a difference a week makes. It’s hard to think of two more different winners in the MotoGP paddock: Iannone, the tattooed, coiffured bad boy so in love with himself, and Crutchlow, the scruffy, amiable family man who would happily wrestle a grizzly bear if you gave him half the chance. 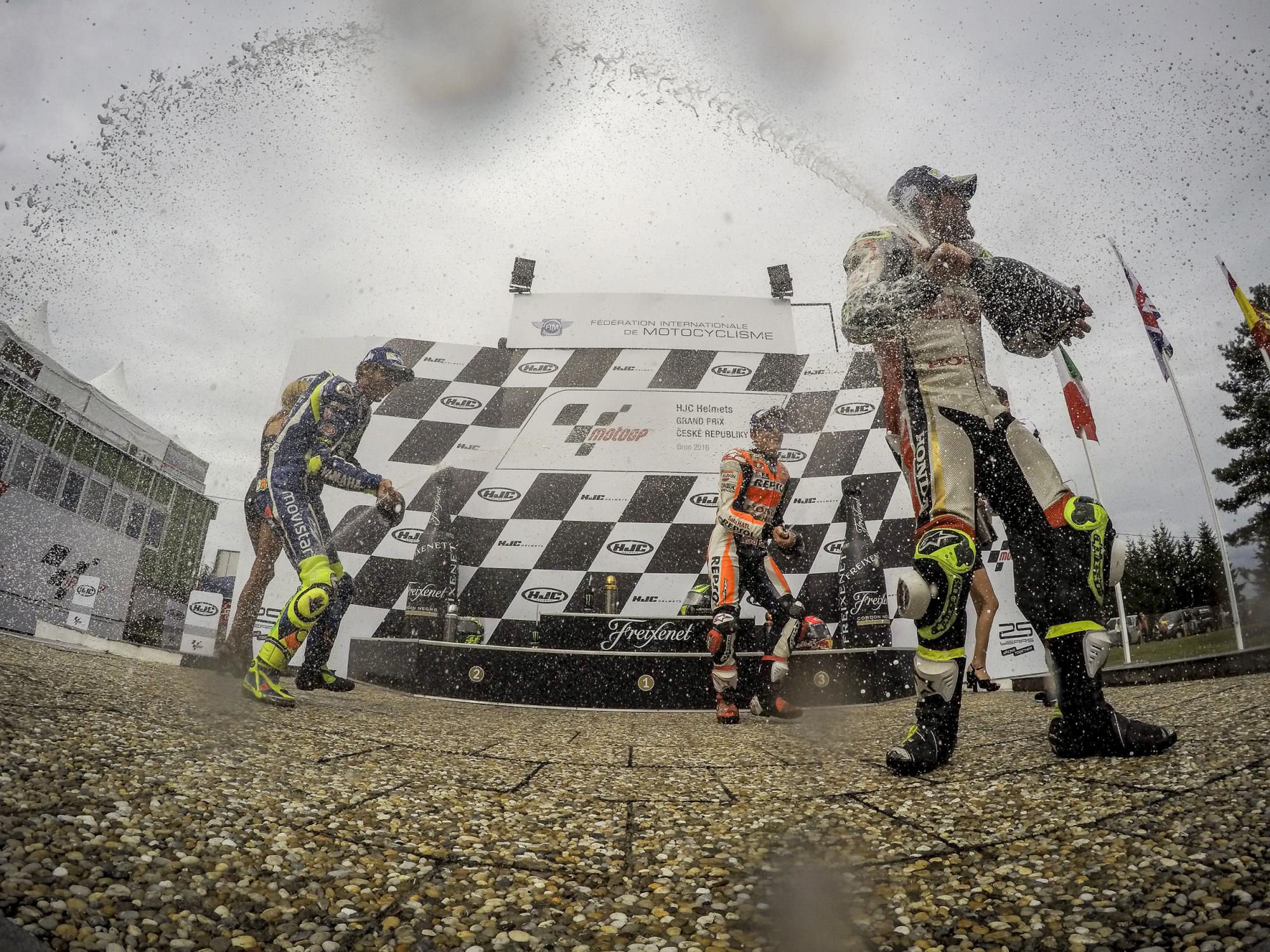 Crutchlow’s win at Brno was hugely popular within the paddock because he’s one of the good guys; usually joking, often a bit rude and always straight down the line. He says what he thinks and damn the consequences. Within the shiny MotoGP bubble, where pretence and smoke and mirrors dazzle way too many people, Crutchlow stands out like a greasy-haired rocker in a bunch of preening, perfumed mods. What you see is what you get.

The 30-year-old has talent, make no mistake about that. But if Valentino Rossi’s skill has a glint of the divine about it, then his is entirely earthly, dug out at the coal face of racing: blood, sweat and tears all the way.

Crutchlow works hard, goes about his job, trips up rather too often, but doesn’t care what anyone else thinks, because very few people know what it’s like trying to match Marc Marquez on an RC213V. He is currently top of the 2016 crashing league with 16 tumbles so far, including Saturday’s huge get-off in which he wrote off an RCV in one go. In typical Cal speak, he apologised to his team for “sending the bike to the graveyard”. Over the past six and a half years he has crashed a MotoGP bike 92 times.

It’s one thing to crash a lot; it’s very much another to keep coming back for more – to suck up the pain, face down the fear and yank open the throttle once again. “I like to suffer,” he told me a while back.

Carlos Checa was the same. The Spaniard, who beat Mick Doohan in his prime on a 500 and later won the World Superbike title, was another who fell off rather too often but always limped back to the pits, climbed aboard his spare bike and went even faster. His crew stood wide-eyed in awe, because even in top-level bike racing this isn’t normal. I recall seeing one of Checa’s mechanics wandering around the paddock with his legs bowed, saying “clank, clank!”. I asked him what it was all about. “It’s Carlos,” he grinned. “And his big balls of steel.” 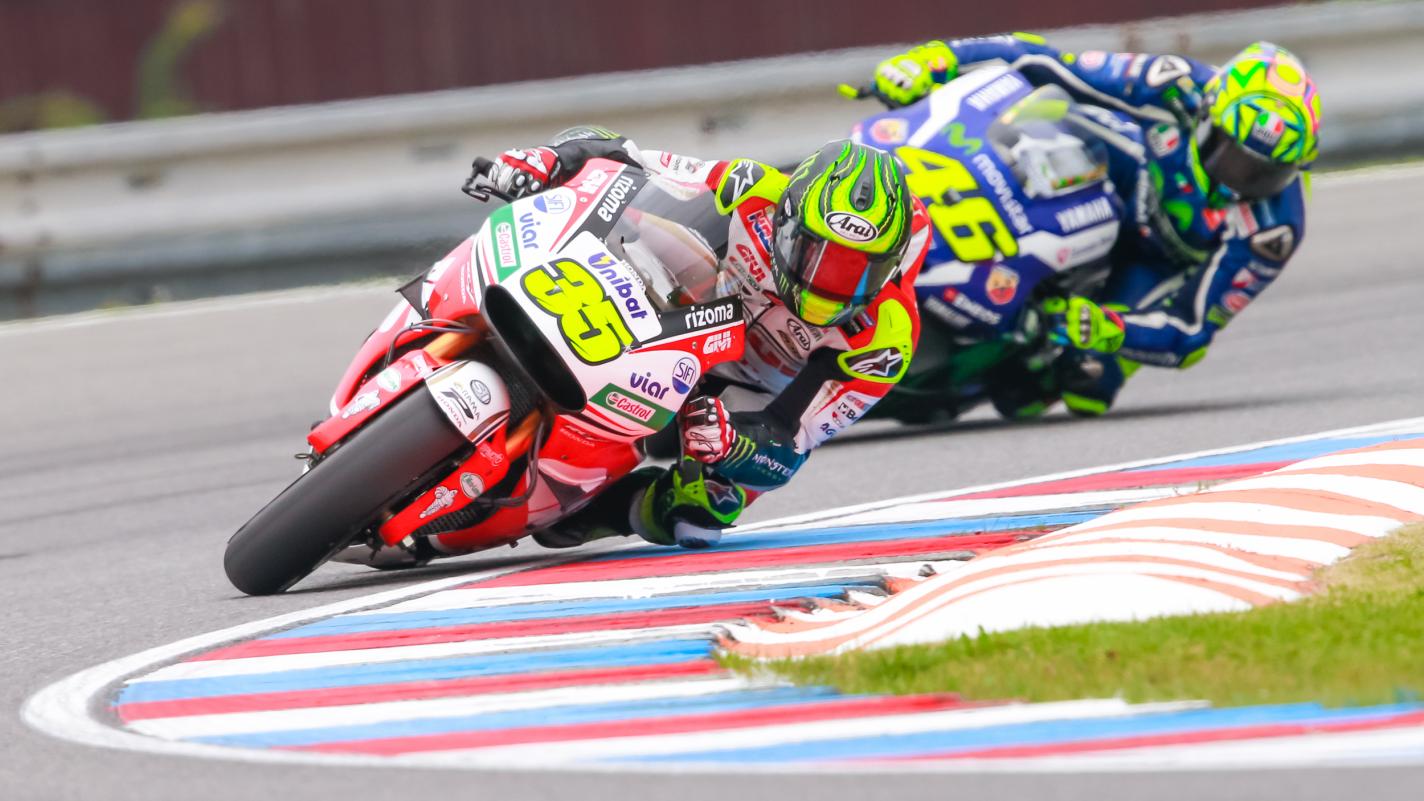 Crutchlow has the same kind of self-belief. He is good at talking himself up and I’ve always wondered at whom this steady flow of steely optimism is aimed: the media? The fans? The sponsors? The factories? Of course, all of those, but mostly it’s aimed at himself. It’s all about reinforcing the possibility of success, because as soon as you allow even a hint of self-doubt, you’ve got a chink in your chainmail and you may as well wave the white flag.

His wild, staring eyes make him look like a dangerous man, which he is on a motorcycle, but he’s got a softer heart than most top racers. In January 2014 he and Lucy spent part of their honeymoon buying and building a house for a needy family in Mexico. That is entirely abnormal in top-level bike racing.

“Cal is a gritty little boxer type – get stuck in and have a go,” says Ian Newton, the man behind the Aprilia Superteens series, a first step for so many stars, most famously Casey Stoner. “His big thing was always his determination. He would crash his brains out, Dek [his dad] would somehow screw the bike back together and he’d be out again and the crashes didn’t seem to knock him at all. Very, very few guys can do that. Cal does the same now and it’s amazing how you can see a trait like that coming out so early.”

Former factory GP rider and BSB champ Rob McElnea, who had Crutchlow in his Yamaha R6 Cup series in 2003, saw the same qualities.

“Cal was a bit of a terrier, a bit hard-nosed,” says McElnea. “He’s got that much self-belief, confidence and resilience. And it seems like he can ride something if it’s not quite right – he just digs a little deeper.” 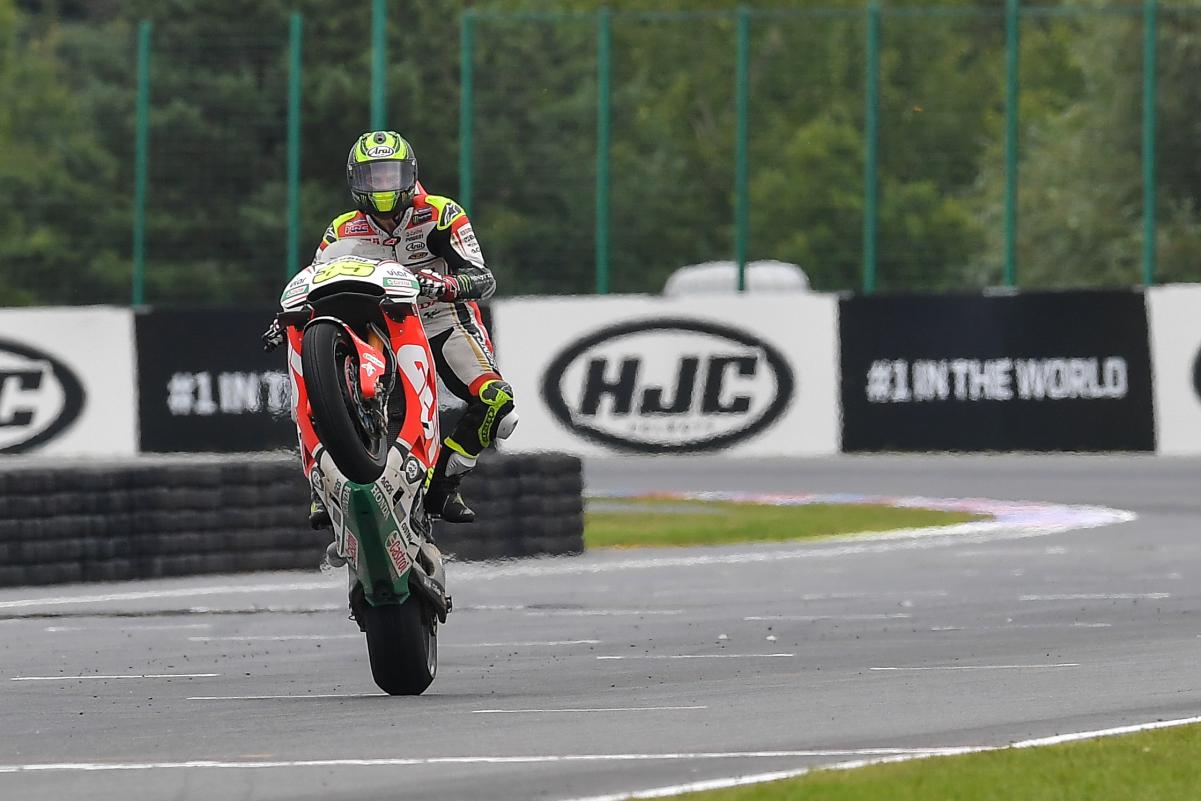 And so did Marcus Eschenbacher, Crutchlow’s crew chief during the 2010 World Superbike season. “Some riders are left with bad impressions when they crash,” he says. “James Toseland, for instance. He pushed hard and when he reached his limit he crashed the bike several times, then he lost the plot a little bit. Cal is a bit different. He will take it to the limit and if he goes over the limit, he will get up, get into some new leathers and do the same again, until he figures out how to do it.

And the same with Daniele Romagnoli, his Tech 3 crew chief during his first three years in MotoGP. “The good thing is that Cal is that he never knows when he is beaten and he never gives up. Sometimes he could be a little bit more patient but Cal’s style is to push to the maximum every lap. He doesn’t have fear. He has a brave heart. When he crashes, he picks himself up and immediately gets back on the bike and is usually faster, which is amazing. Some riders stay in their motorhome after a big crash but not Cal.”

“What was immediately obvious was that he had the speed,” says Zeelenberg, now Jorge Lorenzo’s right-hand man. “Even then I understood he has what it takes. What impressed me most was that every time he went out on track it was like he was fighting for his life, and that’s Cal. He is where he is because he is capable of doing that speed, which isn’t easy because the guys he’s racing have got more GP experience – they have ridden the tracks for longer and they’ve ridden GP bikes for longer, so they have a different schooling, but his talent has helped him reach the top level with them.”

The teenage Crutchlow didn’t win the R6 Cup in 2003 but he finished in the top three; enough for McElnea to take him and series winner Tommy Hill (the 2011 BSB champ) to the MotoGP season finale at Valencia. “We took them for a treat,” Rob Mac recalls. “They got to meet the factory Yamaha riders in the pits and they were a fuckin’ nightmare, like kids on holiday! Cal was at it all the time, playing up. They were like three little kids, snooping around the Yamaha garage, nicking things from the hospitality, food fighting… He was a little bit cocky but in a good way, and a fun-loving guy, a proper funny guy.”

More power to his elbow… 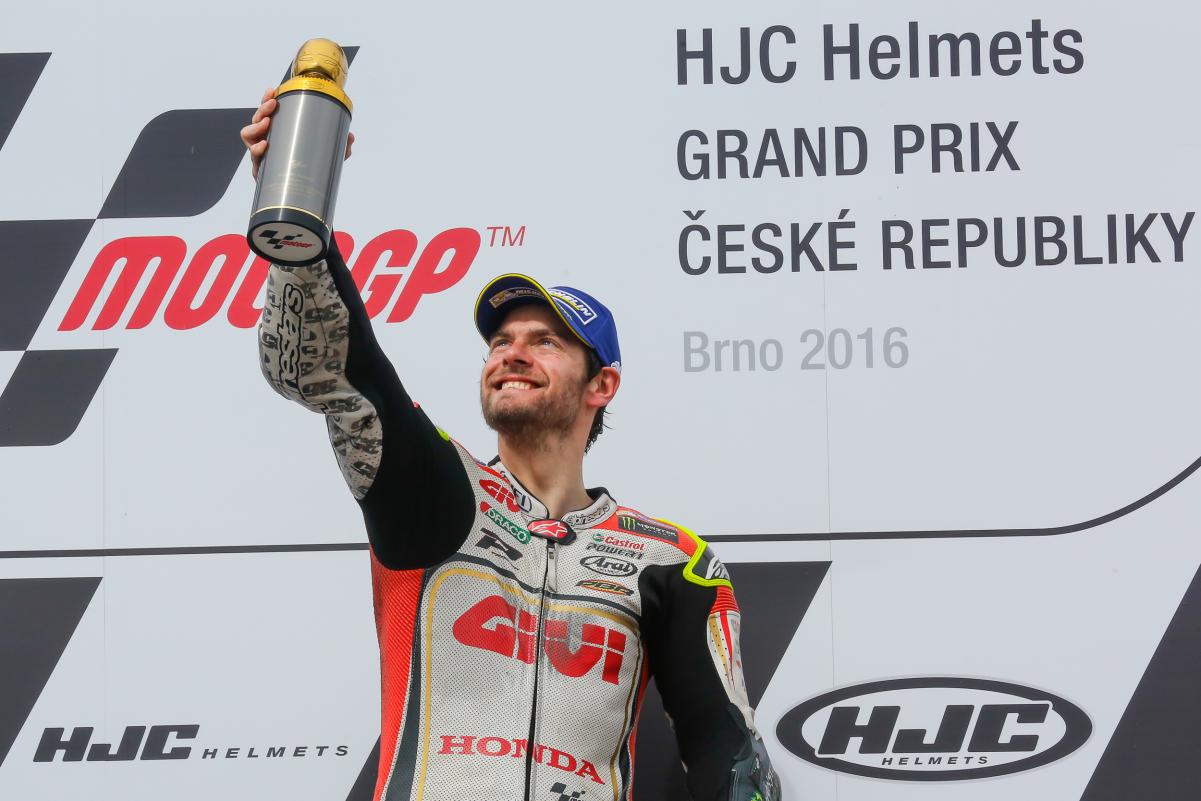 View the Czech MotoGP on the Database