Pedrosa confirms that 2018 will be his last season in MotoGP 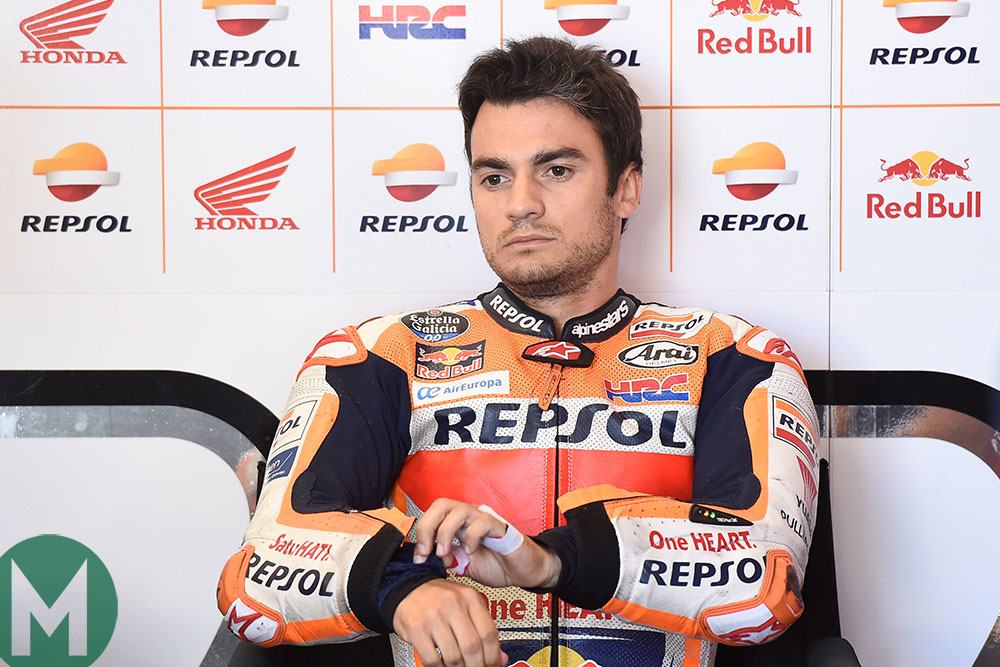 Honda rider Dani Pedrosa has announced his retirement from MotoGP. The 32-year-old, who has won 31 MotoGP Grands Prix from 207 starts and finished second in the standings on three occasions (2007, 2010 and 2012) confirmed his plans to retire before the German round at the Sachsenring.

Jorge Lorenzo will take Pedrosa’s seat next season and partner Marc Márquez – a move that left Pedrosa without a ride for 2019.

With factory options running out, the Spaniard chose to retire after 12 years in the top tier of motorcycle racing. He began Grand Prix racing in 2001, collecting a brace of 250cc (2004, 2005) titles and a 125 title (2003) and has exclusively raced on Honda machinery.

“It’s been a hard decision because this is the sport I love,” said Pedrosa. “I would like to express how fortunate I feel to have had this opportunity. It’s been an amazing life to be racing for such an important team and in front of all the fans. So, I can say I achieved way more than I expected and I’m very proud of everything I’ve done in the sport. I fulfilled my dream of becoming a racer and this is something I didn’t expect as a kid watching the riders on TV.

“Thanks to everybody who has helped me and now it’s time to start a new chapter.”

Pedrosa will become a ‘MotoGP Legend’ – essentially joining the motor sport’s hall of fame – after the season finale in November.