Davide Brivio was absolutely key to Suzuki’s 2020 MotoGP championship victory, so his departure to Renault’s Formula 1 team is a huge blow to the factory.

The former Yamaha MotoGP team manager joined Suzuki during its three-year break from MotoGP, while the company was creating its all-new GSX-RR inline-four, which replaced the unsuccessful GSV-R V4.

The 56-year-old isn’t an engineer; his skills are man management and an acute understanding of what’s required to win races. It was Brivio who told Yamaha that it needed to sign Valentino Rossi a decade and a half ago. He understood that without the best rider in the world Yamaha wouldn’t stand a chance of overcoming Honda’s domination of MotoGP.

He understood something similar at Suzuki. To challenge for the title he needed to think far ahead, signing rookie MotoGP riders that could be coached to gel with the team and its GSX-RR.

“You have to plan a long way in advance and that’s what we did,” he said last November, when Suzuki won its first four-stroke MotoGP title. “Now I’m already thinking about what to do in 2023 and 2024! A few years ago we knew there was a generation of riders – Jorge Lorenzo, Dani Pedrosa, Valentino, although he will never stop, and Andrea Dovizioso – who will soon be gone, probably leaving only Marc Márquez and Maverick Viñales.

“Who is going to challenge those guys? So we wanted to choose two riders able to challenge them and that was the idea behind Álex Rins and Joan Mir. In my mind they were two riders that could fight in the top six, which means you can be first, you can be fourth, you can be third, whatever, around there. So you can arrive at races and have the chance to get on the podium. And then you start taking the opportunity to win races. That was the whole idea behind this project and here we are!” 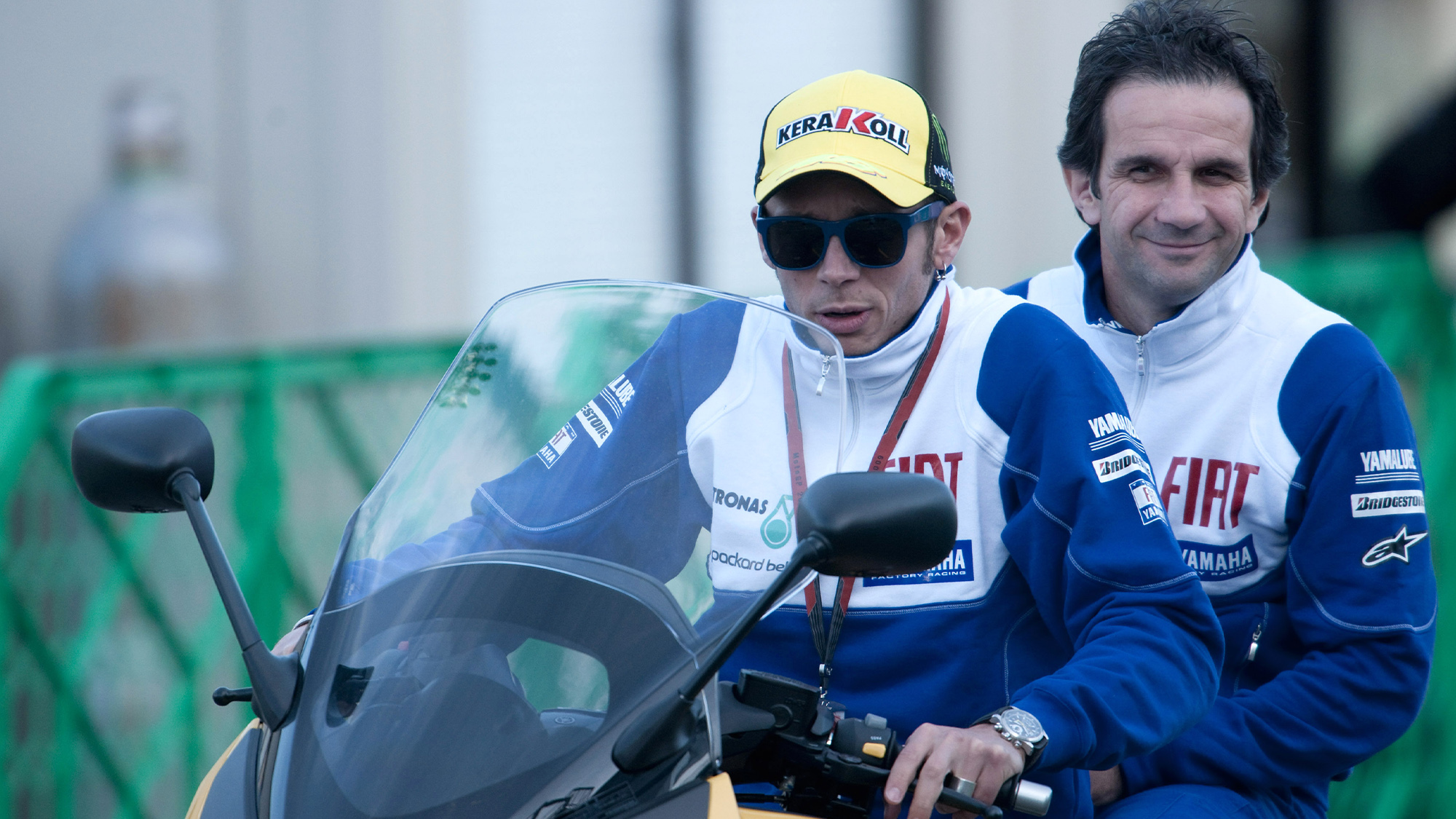 Rossi, who remains close friends with Brivio, believes his former team manager’s crucial role at Suzuki was synchronising the entire project. This isn’t an easy thing to do and indeed lack of harmony between engineers and so on is often the real reason behind factories failing, rather than any particular lack of engineering know-how.

“Suzuki work very well because I think Davide has made a fantastic job, fusing the work from Japan with some very strong work at the team in Italy,” said Rossi at the end of last season.

Brivio started out in 1990, running an independent Yamaha team in World Superbike, then took over the factory WSB team. In 2001 Yamaha moved him into its MotoGP squad, where he prepared the factory’s European racing HQ, outside Milan, Italy, for the switch from 500cc two-strokes to four-strokes in 2002. Yamaha got destroyed by Honda in the new series, which got Brivio thinking.

In February 2003 he visited Rossi in Ibiza, opening the negotiations that would lead to MotoGP’s greatest story.

“I remember when we first discussed the idea of signing Valentino, lots of people in Yamaha were not confident that it was possible,” said Brivio. “It was a dream, a crazy idea! However, I have to give credit to them because they let me try and then on the way people started to realise it was possible and got behind it. I have to say my good friend Masao Furusawa was a very important part of this process because he convinced the Yamaha president to spend the money! He did a great job within the factory whilst I worked on Valentino and his management team.”

The transformation was historic. Yamaha’s below-par YZR-M1 didn’t win a single race during 2003, but with Rossi on board it won first time out in 2004 and went on to win that year’s title. Rossi retained the championship in 2005 and won two more with Yamaha in 2008 and 2009. 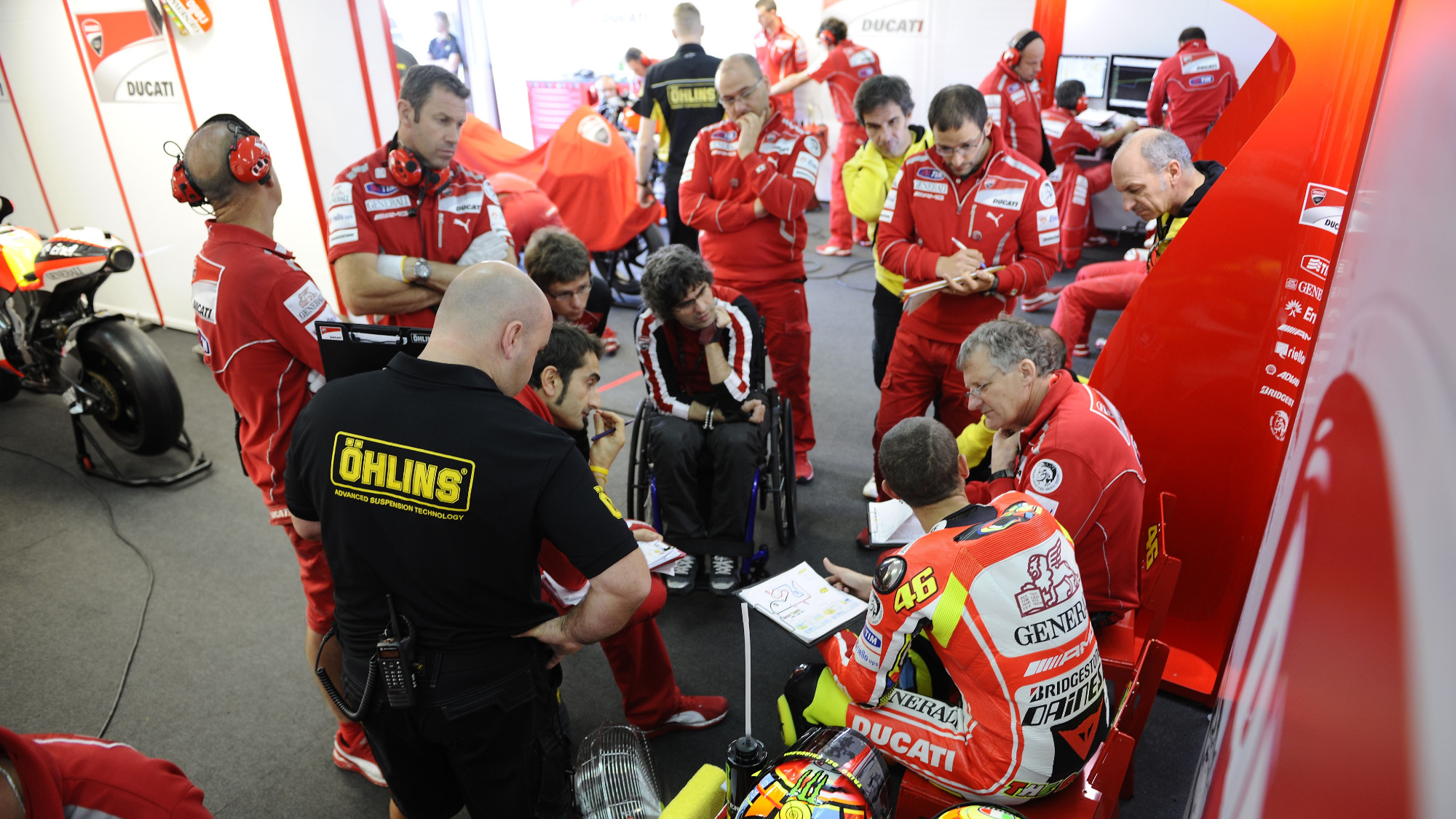 When Rossi left Yamaha at the end of 2010 Brivio went with him, working with his fellow Italian in a more personal capacity, then joined Suzuki in 2014, preparing the factory for its return to the MotoGP grid in 2015.

Brivio’s decision to quit Suzuki took management completely by surprise, according to Shinichi Sahara, leader of the GSX-RR project.

“Sincerely, it was shocking news for us about Davide’s departure,” said Sahara. “It feels like somebody took a part of me, because I always discussed with him how to develop the team and the bikes, and we’ve worked together for a long time. Now we are trying to find the best way to recover from the loss of Davide. Luckily in most cases I have had quite a similar way of thinking to him, therefore it is not so difficult to keep the direction we should go.”

Why did Brivio decide to leave Suzuki? No one knows for sure right now, but it seems like he hadn’t been planning the move for long.

“A new professional challenge and opportunity suddenly came to me and in the end I decided to take it,” he said. “It’s been a difficult decision. The hardest part will be to leave this fabulous group of people, with whom I started this project when Suzuki re-joined the Championship. I feel sad from this point of view, but at the same time I feel a lot of motivation for this new challenge – which was the key when I had to decide between renewing my contract with Suzuki or starting a completely new experience.”

Suzuki will certainly struggle to find a new team manager that knows how get as much out of a team as Brivio does. Its GSX-RR will most likely continue to be a front-runner in the short term, but will the factory be able to maintain its impressive results in the long term?

Brivio will certainly need all his man-management skills in F1, where the Alpine/Renault team will be at least three times bigger than Suzuki’s MotoGP squad. His drivers for the 2021 season will be twice F1 world champion Fernando Alonso and Frenchman Esteban Ocon.