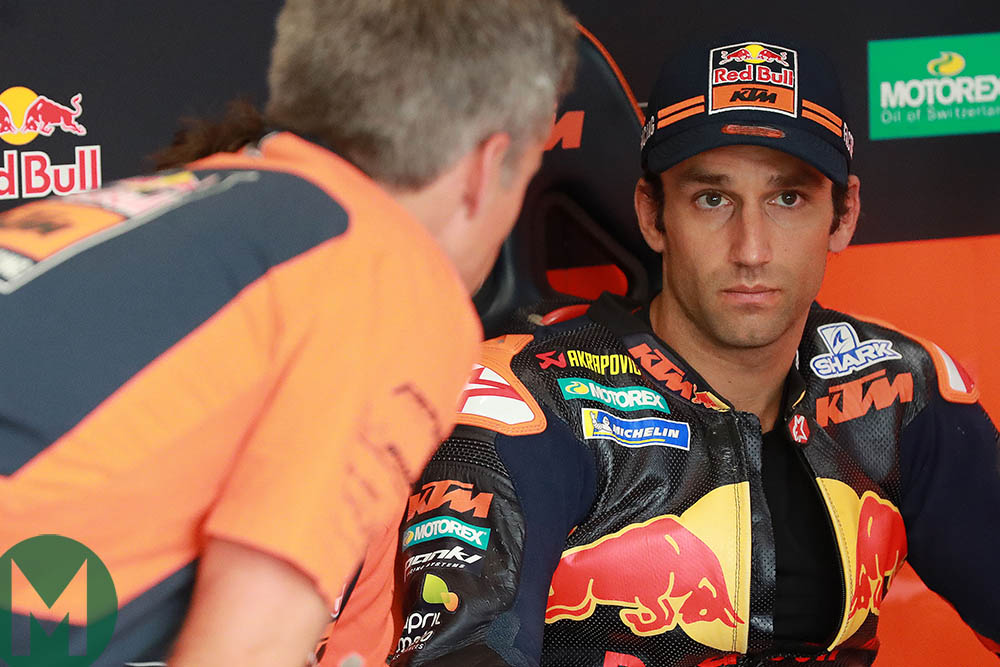 Sometimes you go looking for an engineer in the paddock. At the end of a practice session you walk into the back of his team’s garage, hoping to find him there, so you can ask him a few questions.

Deep inside the truck, where the rider has established his own little changing area, the rider sits alone on a chair, half out of his leathers, head in his hands, sobbing his heart out.

You quietly shut the door and retreat, somewhat disturbed by what you’ve just seen. The sobs and tears were undoubtedly genuine, the sign of a rider who finds himself at the end of the road, unsure of which way to turn – whether to keep banging his head against the wall, hoping to smash his way through, or to admit defeat and retreat, waving goodbye to the dreams that have driven him since he was a kid.

Motorcycle racing may be a macho game, but machismo never stopped anyone getting depressed, quite the opposite, in fact.

Someone is now paying him loads of money to perform, but he’s not performing. Factories, sponsors and engineers try to help but their capabilities are limited, although not as limited as their patience. The pressure is unbearable: it’s not only his wages that demand he performs, there are also the many millions the factory spends on building his motorcycles and hiring the engineers and staff who turn up at races for the sole purpose of making him go fast. He owes a lot of people.

He’s been crashing a lot lately – nasty, big bone-crunching crashes – trying to do the lap times he needs to do but can’t. He hurts all over. He can’t sleep because of the pain. And the fear. His racing career – the absolute focus of his life for as long as he can remember – may soon be over.

Do MotoGP riders – surely some of the strongest people on Earth – get depressed? Of course they do! Motorcycle racing may be a macho game, but machismo never stopped anyone getting depressed, quite the opposite, in fact.

It is impossible for anyone who hasn’t been there to even begin to comprehend how riders torture their minds, bodies and souls to get to where they want to go. And when you’re in that deep, it’s going to hurt when things go wrong.

This kind of talk is in the news because of Johann Zarco, who at KTM’s home Grand Prix earlier this month told his bosses that he no longer wants to ride their bikes. But these sad little scenes go on all the time, up and down the paddock, all the way from MotoGP trucks to Moto2 and Moto3 trucks.

I discussed the Zarco situation with KTM factory staff at Silverstone. They shook their heads, still stunned by what had happened. KTM motorsports director Pit Beirer ventured that his rider is suffering from mental burnout – Zarco was struggling to sleep and was venting his frustrations on his crew.

Whatever’s been going on with Zarco he isn’t in a great place. After all, he’s jumped out KTM without a parachute and without even looking down. That’s how desperately he needs to get out of that situation.

Inevitably, Zarco doesn’t want to talk about it, but there’s another top rider who’s been through similar torment and is happy to discuss this particular dark side of racing.

“I had a similar feeling when I was with Ducati,” said Valentino Rossi at Silverstone. “There was a lot of expectation from me, from Ducati and from outside to try to win, but unfortunately I didn’t have a very good feeling with the bike, especially with the front. Maybe the situation is similar with Zarco.” 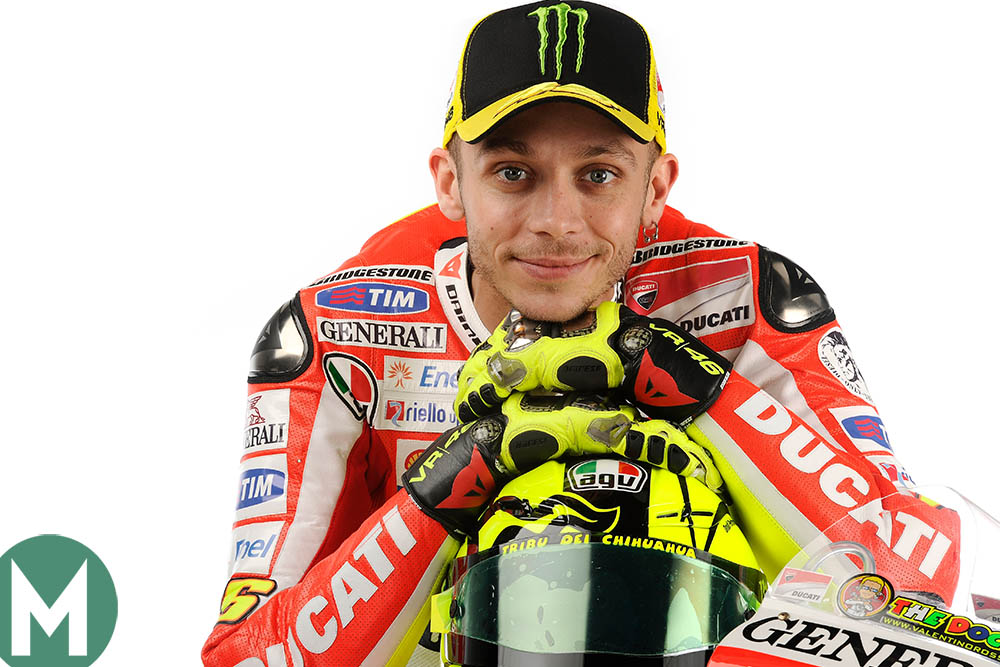 Rossi at Ducati, before everything went wrong Photo: Ducati

Nothing spooks a rider more than losing the front. Highsides hurt more, but the rider has the rear tyre more in his hand, so when the rear tyres spins he usually has a chance of saving it. When the front goes, when he exceeds that last nth of grip, it usually disappears from under him with zero warning, so there’s nothing he can do about it. Often he won’t be badly hurt, but sometimes he will be. And every time he falls he must limp back into the garage where his tired mechanics are once again rebuilding the bike. Whenever this happens, another little chink of his psychological armour falls out of place.

By this time last season Zarco had crashed his Tech 3 Yamaha six times. This year he has already launched KTM’s RC16 a dozen times. And who knows how many more if he were to keep pushing its boundaries?

“I know that when you are in that situation it is very difficult because you lose motivation,” adds Rossi. “Also, you lose the happiness you need to start out for each race and to think positively about what you can do. So when you start out you are already in a negative state. It’s difficult because if you don’t have fun on the bike then everything becomes more heavy: leaving home, travelling, speaking with journalists, everything.

“Also, it’s difficult to sleep. You go into a tunnel. When I was at Ducati I thought about stopping many times, but in the end, it was a very good decision not to give up. Because if you stop and you don’t have another bike then it’s very easy for you to leave the business. Sincerely, when I heard about Zarco [leaving KTM] I thought he must have another option for next year, but it looks like he doesn’t. It’s difficult, but for everybody it’s different. It’s his choice.”

Rossi was lucky because he is MotoGP’s biggest star, so he had options when he left Ducati, after serving his full two-year contract. Other riders with lesser profiles can soon find themselves on the unwanted list, no matter how talented they might be.

Jack Miller is a case in point. The 24-year-old Pramac Ducati rider nearly found himself out of a ride in recent weeks. There are few (apparently) more laidback, down-to-earth MotoGP riders than Miller, but the young Aussie came close to tears while discussing the possibility of losing his job during the Austrian GP weekend.

Looking back now he is less shocked at what very nearly happened to him.

“In this world no one’s got your back,” he said at Silverstone. “People forget very quickly here. It’s a cut-throat industry and you’ve just got to take what you can and make hay while the sun shines.”

The MotoGP paddock may be one of the shinier, glitzier places on the planet, but never let that fool you. It’s a hard, mean, nasty place where only the strongest survive.