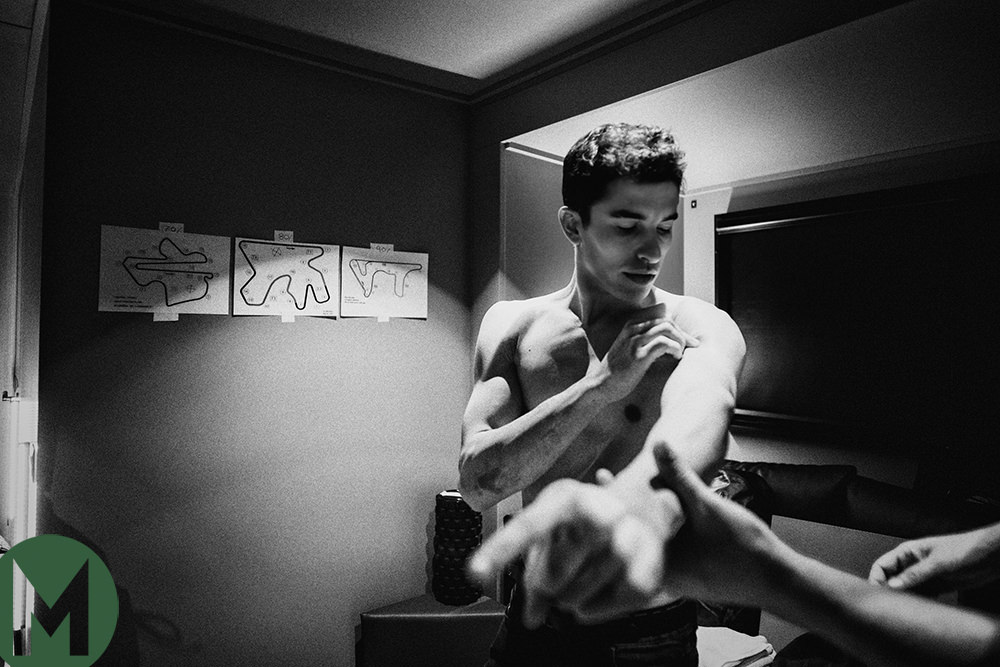 Marc Márquez has opened up about his recovery from shoulder surgery as he gets on the Honda RC213V at Sepang for preseason testing today.

“When I woke up, it hurt. It’s difficult, the physio,” said Márquez, who does five hours of phyisotherapy per day to aid his recovery.

“These last few weeks are when it has hurt the most because everything is already set.”

Márquez, 25, has been undergoing physiotherapy in Cervera, Spain, and topped the timesheets on day one of testing in Malaysia. He lapped at 1min 59.621sec – 0.259sec faster than second-fastest rider, Álex Rins. But the 2018 MotoGP champion stopped testing two hours before everyone else due to his shoulder.

He dislocated the shoulder celebrating with Scott Redding at Motegi, Japan, in 2018.

His physiotherapist, Carlos J García, said: “There are days when he is very patient, especially in the first phase of the recovery process.

“Then, little by little, when the sling came off he was more anxious. ‘I’ve had the sling removed, I can do it!’ and I would tell him ‘No, you can’t do it, do not move your shoulder.’ There it was necessary to stop him a little bit because if it were up to him, on January 7 he would have been on a bike.

Márquez revealed that his physiotherapist took some drastic measures to stop him getting back on two wheels.

“They took the wheels off my bikes!” said Márquez. 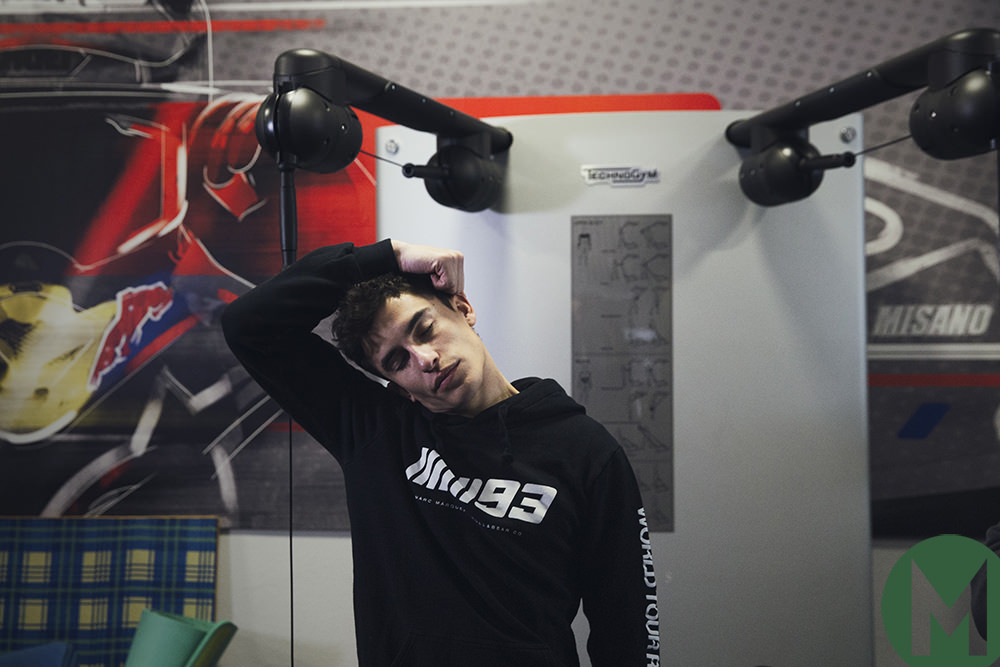 García added that there were orders for his bikes to be dismantled.

“When we went to the gym and we passed by some bikes and he climbed onto one, assumed the riding position and made noises as if he were on track. That’s how much he wants to get on a bike again,” said the physiotherapist.

“The shoulder is better than during all of 2018, without a doubt,” added García.

“Regarding his mobility, we are at 90 per cent. What he does in terms of muscle to move his shoulder and arm is maybe 75-80 per cent in terms of mobility strength.

“We are in this phase of giving stability to the entire shoulder complex. The shoulder has to remain stable; his body has to react without him focusing on his shoulder. He has to disconnect and not think about the shoulder, focus on riding and have his body reacting.”

Although Márquez was fastest in testing, he still has to be careful not to aggravate his shoulder injury.

“I am aware that it will be quality over quantity in terms of the amount of laps I do,” he said. “More than anything, that’s to avoid causing tendonitis or similar. I am also aware that if in the test I can’t put in the laps that I would like, it is only a test. We will all leave Malaysia with zero points.

“I have to be prudent and not throw away the hours I’ve spent recovering, the two months I’ve been recovering and been patient.”

Honda team-mate Jorge Lorenzo has a broken scaphoid in his left hand, so test rider Stefan Bradl is at the ‘bars in Sepang. Bradl ended the day ninth, 0.6sec behind Márquez.

Lorenzo will join Márquez at the final preseason test in Qatar on February 23-25.