Ducati won its first MotoGP race in five months on Sunday, but the weekend proved that the Italian factory has forgotten how to look after its riders 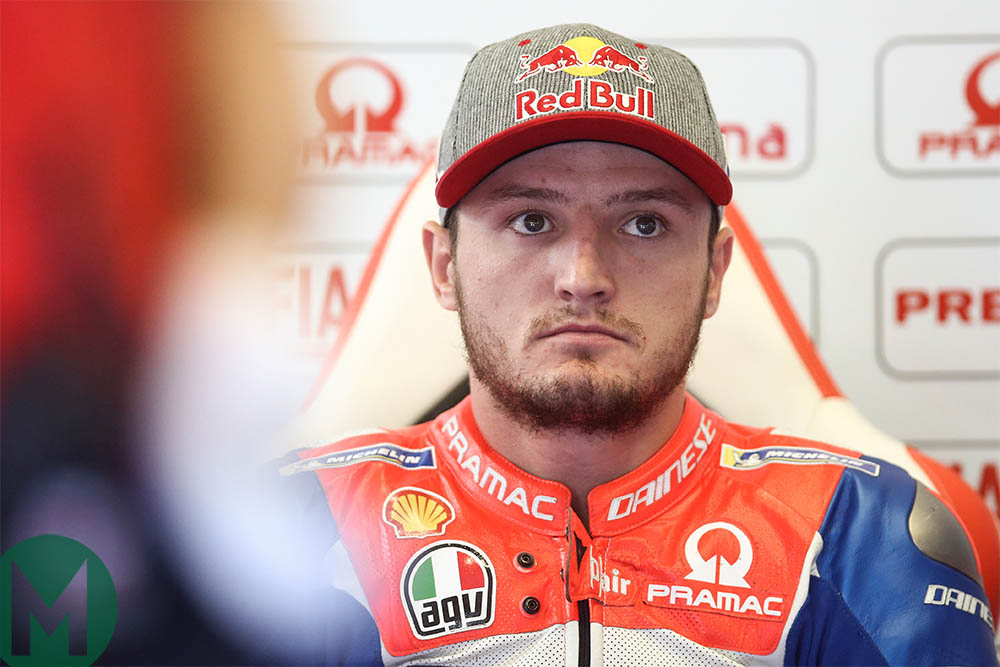 MotoGP wasn’t supposed to have a silly season this summer, because all the big names have two-year contracts to the end of 2020 or one-plus-one deals that seemed certain to roll into next year. Then all of a sudden MotoGP is having a stupid season.

At Sachsenring last month Jack Miller announced that his 2020 contract renewal with Pramac Ducati was all but signed. “We’re just sorting out the pennies,” he said.

At Brno he wondered why the contract hadn’t arrived in his email inbox. On Thursday at Red Bull Ring he found out why. Ducati was talking to its 2018 factory rider Jorge Lorenzo about returning to the brand next year, by taking the Aussie’s seat.

Miller was upset and angry. “It hit me like a tonne of bricks,” he said on Friday. When Miller, who is one of the easiest-going riders in racing, told us this he welled up. In other words, he felt he had been properly stabbed in the back.

And no wonder. The 23-year-old has been having a great second season with the Italian brand, which saw him as a major part of its future in MotoGP, until last week.

Ducati has had form on this kind of thing. Its management structure – previously in the MotoGP team and now inside Ducati Corse but mostly at the top of Ducati Motor itself – has made a habit of stitching up its riders and losing their trust.

In 2004 team management harried Troy Bayliss out of Ducati’s MotoGP team, after they‘d refused to let him use the crew that had guided him to the 2001 World Superbike title. In November 2006 he showed Ducati what he could do with that crew when he won the season finale at Valencia.

In 2009 factory management failed to support their first MotoGP champ Casey Stoner when he was sick, so he got out of there as soon as his contract expired.

In 2014 Cal Crutchlow decided to quit the Ducati factory team before he had even completed the first year of a two-year deal with the factory. And last year top company management decided to let go the fastest rider they’d had since Stoner, Jorge Lorenzo.

The Spaniard had learned how to get the maximum out of the Desmosedici at the very moment he learned that Ducati Motor CEO Claudio Domenicali didn’t want to keep him; no matter that he was Ducati’s best hope of regaining the title it last won in 2007. 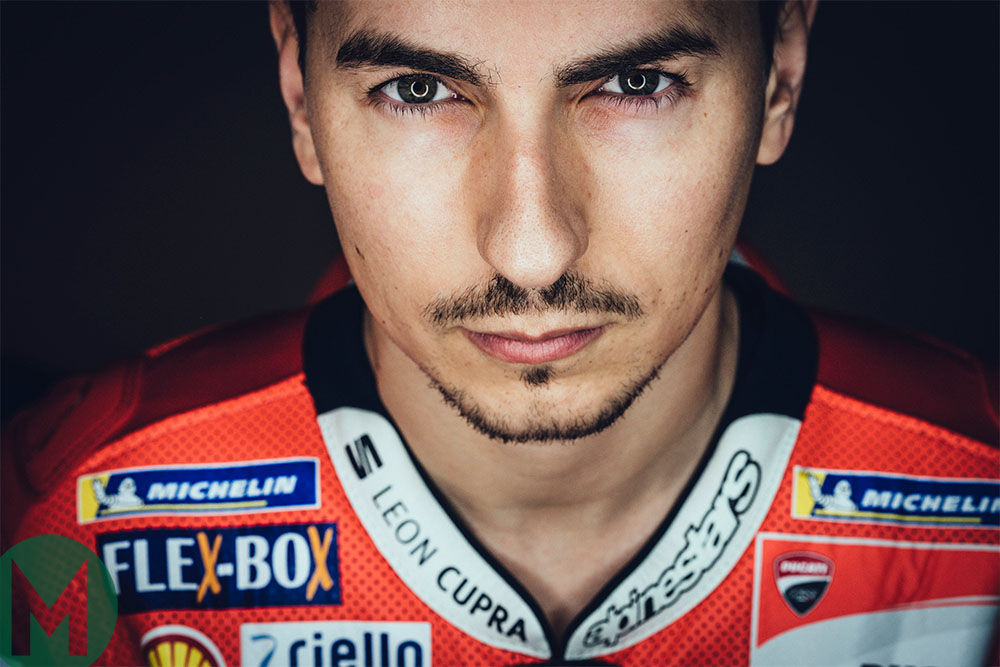 While the three-times MotoGP king was recovering from the two vertebrae he fractured at this year’s Dutch TT Ducati reopened talks with him, never mind his two-year deal with Repsol Honda.

Ducati Corse general manager Gigi Dall’Igna has had a frosty relationship with Andrea Dovizioso in recent months, because the former 125cc world champion is frustrated with the factory’s inability to make the GP19 turn better. No doubt that frostiness was somewhat thawed by the Italian’s stunning Austrian Grand Prix victory, but Dall’Igna wanted Lorenzo back because he’s convinced he is the only man who can mount a serious season-long threat to Marc Márquez.

However, this plan was at the expense of Miller, who is surely Ducati’s greatest hope for the future, alongside Pecco Bagnaia, who is having a stormy rookie season in MotoGP.

Ducati has some great history with Aussies. And it’s no coincidence that some of the marque’s fastest riders grew up in Australia, flying around dirt tracks, because dirt trackers use the rear brake to help turn and control the bike. And the Desmosedici needs a rider who can play with the rear brake into corners, through corners and out of corners.

“Jack’s riding suits our bike perfectly: if the bike isn’t turning then he makes it turn,” Ducati MotoGP team manager Davide Tardozzi told me last season. “We trust he has the talent to become a very fast Ducati rider.”

Honda used to have this cavalier attitude with riders. In 2003 HRC management fell out with its three-times world champion Valentino Rossi, who walked out of HRC and went to Yamaha to show Honda that the man is more important than the machine. At that time, Rossi’s crew chief Jeremy Burgess had opined, “riders are like lightbulbs – when one goes you plug in another”. HRC seemed to learn from the Rossi lesson. These days it makes sure it looks after Marquez.

Ducati man-management problem can only damage its hopes of glory in MotoGP.

Top riders have three priorities when they race: most importantly, personal satisfaction; secondly, swelling their wallets; thirdly, pleasing the people around them – their mechanics and other members of their crew.

As soon as a factory upsets a rider he loses that third motivation and the all-important bond of loyalty – the vital connection between rider, team and factory. Getting the maximum out of a rider is never easy.

The factory and the team must make sure he knows they will do anything for him, thereby building a loyalty that will encourage him to push to the limit whenever he rides the bike and take risks when he must, not only for his own glory, but also for the factory’s.

As soon as that bond is broken, the relationship weakens, because the rider will no longer lay his life on the line for people who don’t have his back.

Stoner didn’t fall out with his crew in 2009, but when Ducati management failed to support him through his illness (caused by chronic lactose intolerance) he lost all respect for the people at the top of the company and no longer wanted to win races for them. A few months later he signed a deal with HRC.

Stoner later returned to Ducati as a test rider, but walked out once again when he decided that its top engineers were ignoring his development feedback.

Last year Domenicali decided he had had enough of Lorenzo, a personal decision that has caused huge damage to Ducati’s title-winning potential. If Lorenzo was riding a GP19 now, would Marquez have a 58-point lead in the championship? Probably not.

And now Ducati has damaged its bond with Miller, who had seen his long-term future with the Bologna brand, but in recent days has fielded offers from rival factories.

Because now he knows how much Ducati management value him, why on earth should he worry about being loyal to them? KTM has already approached the youngster – who contested the Moto3 championship with the Austrian brand – to replace Johann Zarco in its factory MotoGP team. That would be a big ask for Miller, but his riding technique might work with the RC16 at least as well as Pol Espargaro’s bull-by-the-horns style.

However, it seems most likely that he will stay at Pramac in 2020, while Lorenzo stays at Repsol Honda and perhaps Miguel Oliveira will graduate from the Tech 3 KTM outfit tor the factory squad. But will Miller ever forgive Ducati bosses for undermining him these last few days?

Ducati has done same thing in World Superbike, apparently uninterested in retaining the services of Alvaro Bautista, who gave the factory’s Panigale WSB machine such a brilliant start in the street-based series.

It is well-known throughout motorcycle racing that the man is at least as important as the machine. Thus Ducati management’s recent behaviour seems bizarre and foolish. Ultimately, racing isn’t about making friends, but perhaps Ducati needs a new human-resources manager.