Maverick Viñales started this season as MotoGP title favourite. But he’s not won a race since May. What went wrong? 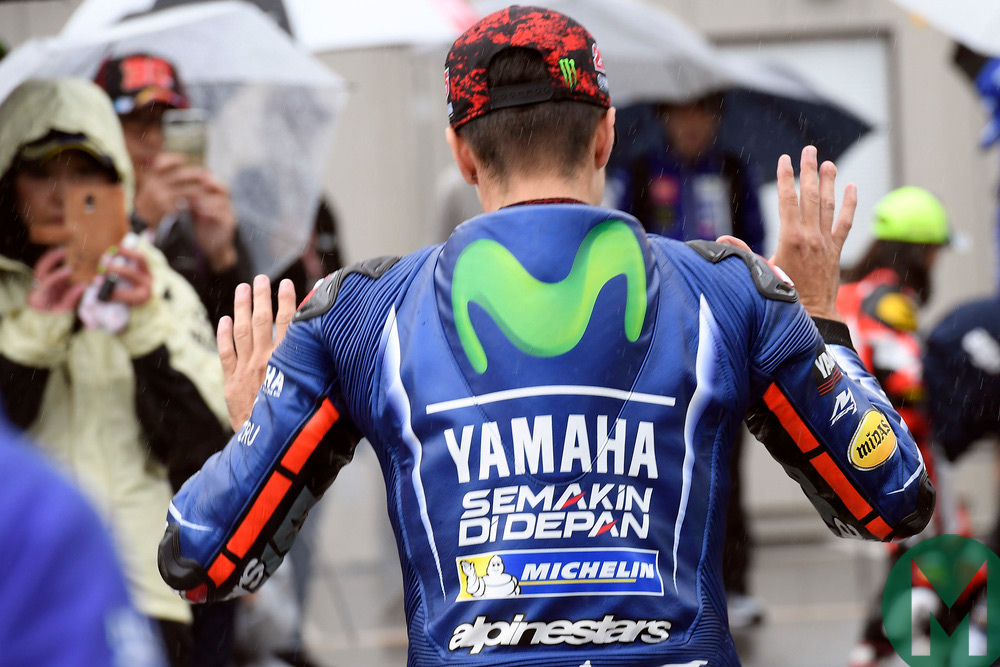 It’s been a strange year for Maverick Viñales. He has lived his first season in the shadow of the sport’s brightest sun – Valentino Rossi – and has become a shadow of his former self.

Since Qatar his gait has changed entirely, so much so that he looks a different man. Back in March he was all relaxed smiles, now he looks worried, haunted, defeated.

And with good reason. Preseason was a dream: Viñales and his Yamaha YZR-M1 topped all three tests, then he comfortably won the first race in Qatar and ran away with round two in Argentina. “He was already world champion!” recalls Marc Marquez, who had amassed just one quarter of Viñales’ points haul after the first two races.

But that’s when the nightmare began. Viñales crashed out at COTA. “I don’t know what happened, I did nothing wrong… I’m pissed off, because when you crash like this it’s not normal. You get confused.”

The confusion would only get worse. At Jerez, he slithered around in sixth place, 24 seconds behind the winner.

Normal service was resumed at Le Mans, where he won for the third time; except that this wasn’t normal service. A few weeks later at Barcelona he was 10th and then he crashed out at Assen. He hasn’t won a race since Le Mans.

At Barcelona, his M1 and the Michelins hated each other, so that every session he would shuffle into his garage, shaking his head in bewilderment.

“We’ve modified the bike a lot: more weight on the front, more weight on the rear, but the problem remains the same,” he said. “I have wheelspin all the time. The front feels okay but the rear is terrible. The bike isn’t turning and it’s moving a lot. I don’t know what to say. I’ve never been on a bike with no feeling.”

So what went wrong? To be sure, this isn’t a Viñales thing. It’s a Yamaha thing. Despite a few wins here and there, this is one of Yamaha’s all-time worst seasons. The factory currently holds third place in the constructors’ championship, behind Honda and Ducati. If it stays third this will be only the fourth time since 1974 that it’s not been first or second in the championship. The other occasions were 1994, 1995, 2003 and 2007. Not only that, last month at Motegi, Yamaha endured its worst-ever home GP, going all the way back to 1963.

Rossi has struggled but Viñales has mostly struggled more. His problems really began in June, when Michelin introduced its harder-construction front tyre, following a rider vote. Viñales was one of only three riders who wanted to stick with the 06 front, instead of switching to the 70. “In some cases, the 70 is not working – we crash many times,” he said.

He did make the podium at Mugello, despite a scary 130mph crash during practice, which he blamed on a strange feeling with the front tyre. At Assen he DNFed, after suffering what he called “the strangest crash of my life”.

The new front tyre wasn’t Viñales’ only problem. Yamaha’s poor results prompted a revised chassis. Viñales had been happy at the first few races, but Rossi wasn’t. When Yamaha introduced a revised chassis in June, the smiles and frowns switched sides in the garage.

Viñales preferred the original chassis: “the one I built for my style”. Rossi preferred the latest unit, with revised stiffness, and suggested that his new team-mate didn’t have enough Yamaha experience to understand the M1. 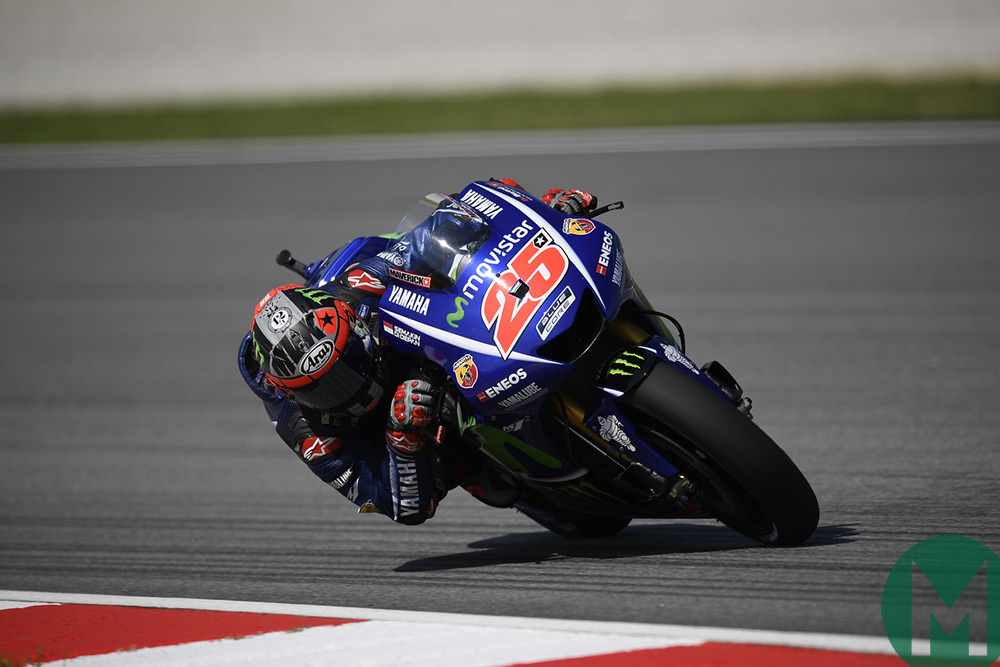 “Maverick doesn’t have any history with Yamaha, so he likes the 2017 chassis because he thinks that’s what a Yamaha is,” said Rossi. “But for me, because I better know the evolution of the bike, I think we lost something with the 2017 version.”

At Assen and the Sachsenring, both riders had one old chassis and one new chassis each; a strange situation, considering that Viñales could’ve had two of the old chassis he preferred, while Rossi could’ve had two of the new chassis he preferred. Certainly, something odd was going on within the factory garage. Viñales was the factory’s leading rider but he wasn’t getting what he wanted. Yamaha wouldn’t even allow him to reveal which chassis he was using. “They won’t let me tell you,” he said, looking more confused and demoralised than ever.

Although Viñales now complained mostly about acceleration traction and wheelspin, his rider coach Wilco Zeelenberg believes the change of front tyre was the season’s turning point. With the 06, “Maverick could do anything with the bike,” says Zeelenberg.

August’s British GP seemed to offer some respite. Viñales and Rossi raced another revised chassis, which took them to second and third, their first time together on the podium since Argentina. And yet, “I still don’t feel good trying to push over the limit”.

Related: Rossi is back in the game

Back-to-back pole positions followed at Misano and Aragon, but he failed to climb the podium in either race. At rain-soaked Motegi he came home ninth, 36 secs behind winner Andrea Dovizioso. He was ninth again in the rain at Sepang, 38 secs behind Dovizioso. “We have no feeling in wet, the bike has no traction,” he said.

Yamaha engineers are scratching their heads. Between 2007 and 2015 the M1 was usually the most balanced bike out there. Like Honda’s NSR500 and RC211V before it, the M1 became the bike that made any talented rider go very fast. That all changed last year when MotoGP introduced new electronics and tyres. What was the most balanced bike is now a wonky seesaw.

Yamaha’s problems are most likely a combination of electronics and tyre struggles. Viñales complains mostly of wheelspin, caused by a lack of both mechanical grip and electronic grip; which suggests that Yamaha engineers are taking their time to understand the Magneti Marelli software and the Michelins, just as Honda engineers took a couple of seasons to understand the Bridgestones.

Viñales hasn’t lost his talent, he is still capable of winning a MotoGP title, but this season has certainly tested his mental fortitude. Who knows, maybe the dice will fall in his favour at Valencia, but whatever happens this weekend there’s no doubt that Yamaha has a lot of work to do for next year.