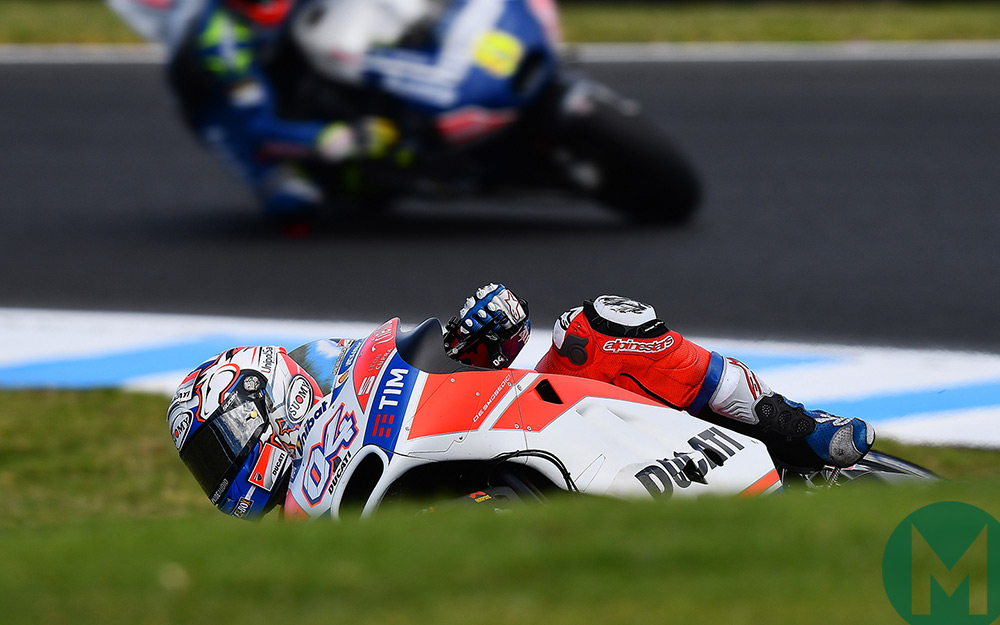 OK, enough with the sniggers. This isn’t a clever computer program that helps exasperated MotoGP engineers deal with petulant, prima-donna riders, it’s an important rider aid that’s become even more so since the advent of unified software.

Anti-jerk helps riders get through the transition from off-throttle to on-throttle in the middle of a corner. As they enter the corner they have the throttle fully closed, then when the right moment comes they start to ease the throttle open. At this point the engine goes through a transition from negative torque to positive torque, which causes tolerances in the transmission to deliver a jerk (or hit) in the engine. With so much lean angle and so much torque available, this can disastrous, either ruining the rider’s drive off the turn or triggering a slide from which he or she won’t recover.

Anti-jerk fixes these problems by reducing torque by up to 100 per cent for a few milliseconds.

Our graph shows a rider (we don’t know who because Magneti Marelli keep that information secret) riding through turn eight at Jerez, the 80mph left-hander that takes riders into the circuit’s famous stadium area. 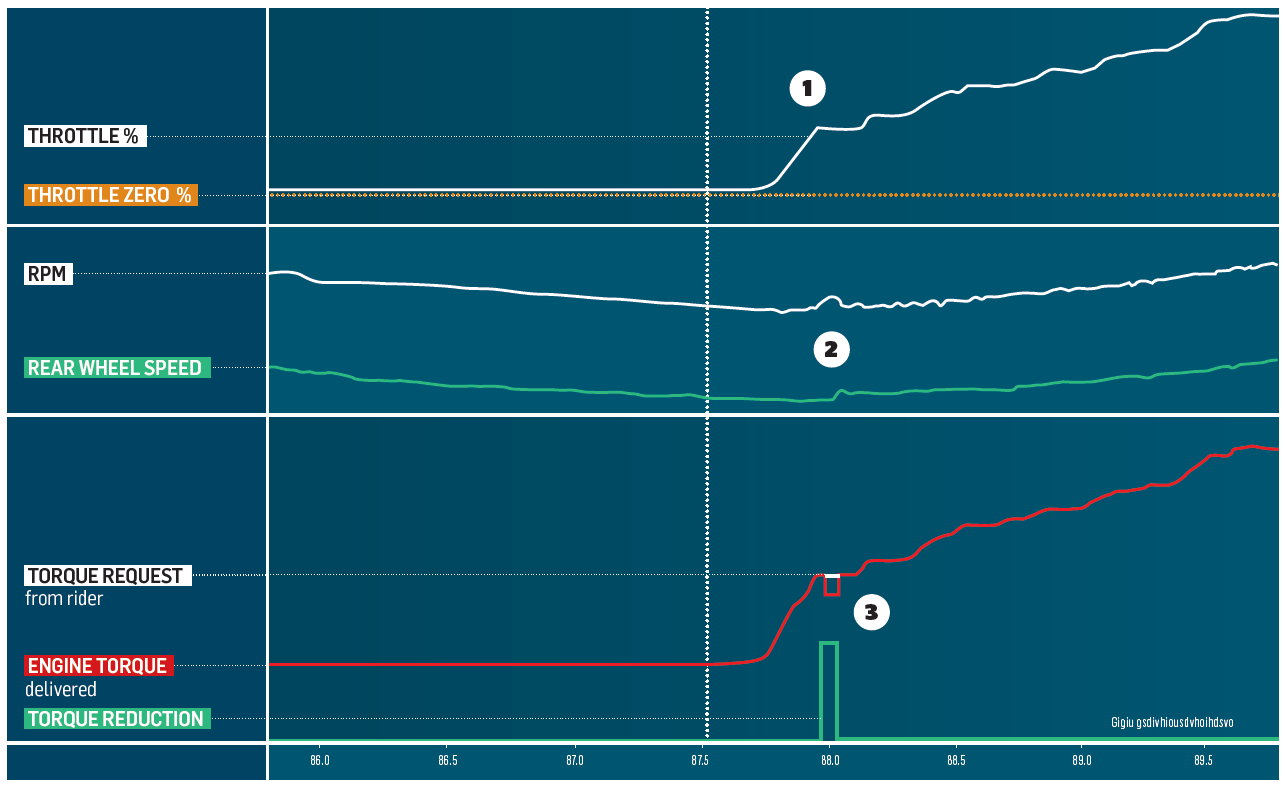 The rider is entering the first phase of throttle opening from full lean, around 60-degrees from the vertical.

The rpm and rear-wheel speed suddenly increase – by up to 300rpm and 4mph – as the transmission takes up the slack when engine goes from off-throttle to on-throttle. This is the jerk that the anti-jerk seeks to fix, though in this case it looks like the system needs remapping because the hit is big enough to make the rider delay opening the throttle further (see 1).

The red and white lines are analogous for all but the 10 to 30 milliseconds when the anti-jerk detects the jerk and reduces torque. The reduction in torque is so severe and instantaneous that it’s achieved via retarding the ignition or cutting sparks, not by closing the throttle butterflies, which is more usual with traction control. In this kind of situation the anti-jerk can cut torque by almost 100 per cent. 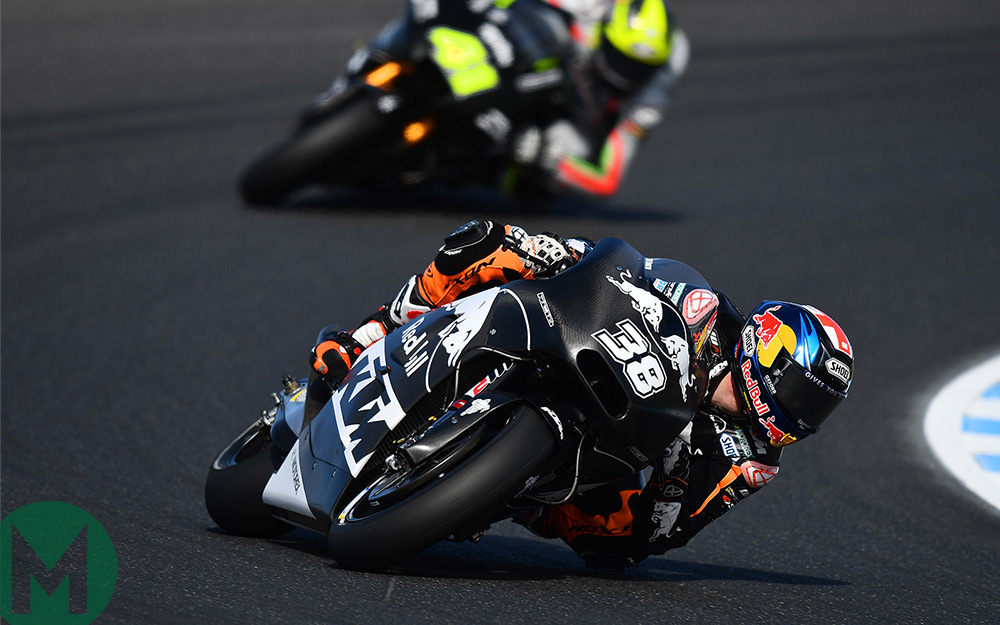 “We rely on the anti-jerk more than we did because in the past we did it all with the traction control. We use the anti-jerk to filter the power at the initial touch of the throttle to make it smoother. Because if you start to spin the tyre at that initial touch it never comes back, which means your entire drive area will be compromised because the tyre will spin from maximum lean and continue spinning. If you can keep grip at that initial touch then you can keep it driving, which is half a bike length every corner. The smoother you can make it the better it is, but you still need a little bit of spark there, because you need to pivot the bike in that phase.”