After four years of struggle, Yamaha is closing the gap on its rivals. Its new MotoGP project leader Takahiro Sumi tells us how 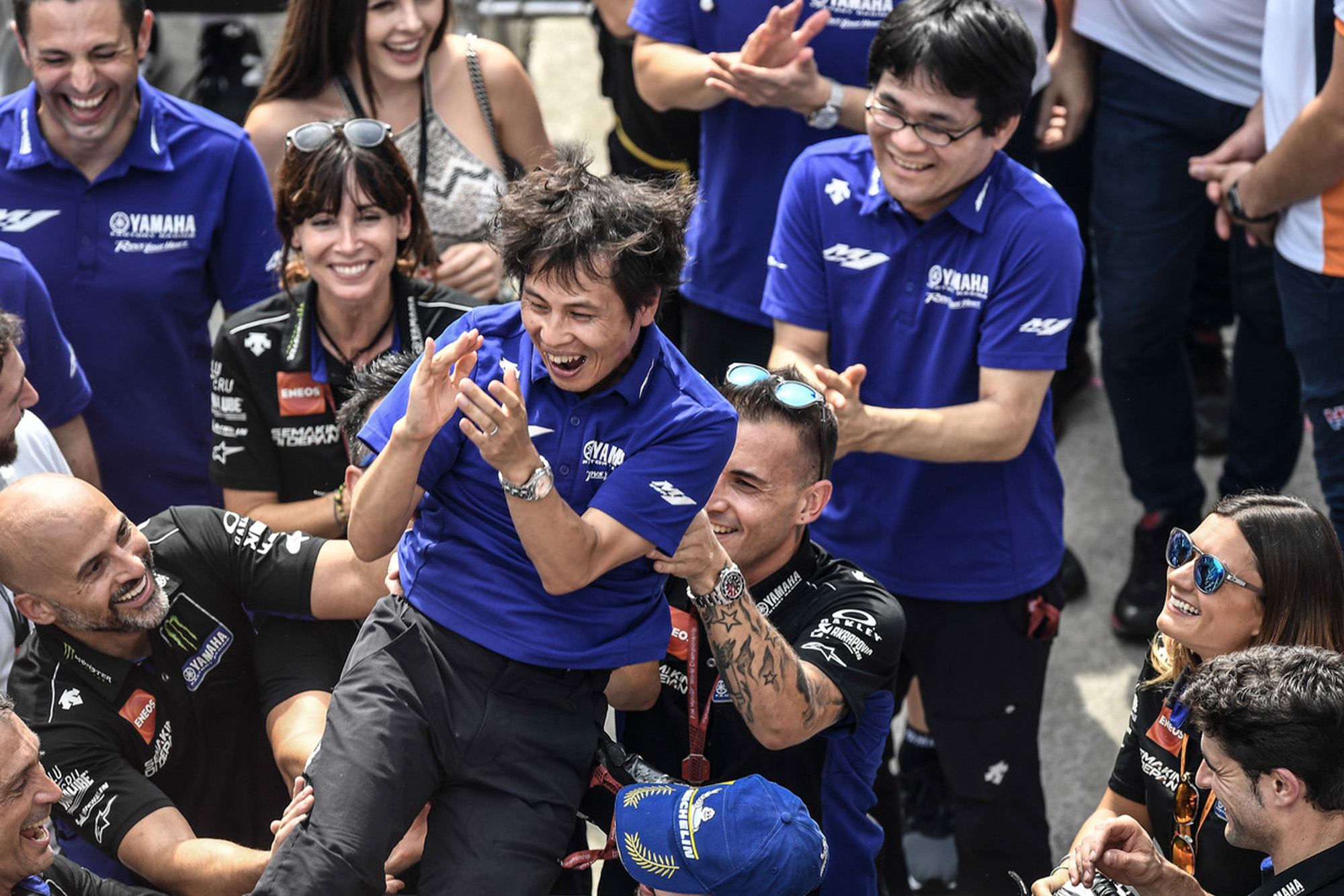 Yamaha only won two races during 2019 but, inch by inch, the factory began to close the gap on Honda and Ducati.

The reasons were a better engine, improved electronics and less messing around with chassis set-up, especially so that Maverick Viñales could focus more on his riding. The arrival of remarkable rookie Fabio Quartararo also helped, by putting the proverbial rocket under Viñales and Valentino Rossi.

There was one other big change at Yamaha in 2019. In January the factory had a new MotoGP group leader. Takahiro Sumi’s background is chassis design, so he knows the benefits of keeping chassis set-up constant.

He joined Yamaha’s MotoGP project at the end of 2003, just before Rossi. He later worked on production-bike design before returning to MotoGP in 2010.

His predecessor Kouchi Tsuji, who was there through Yamaha’s glory years and into the doldrums, was transferred to the company’s marine division a few months ago. This kind of transfer is entirely normal in Japanese companies.

We spoke to Sumi after his first year of fighting to get back to the front.

Maverick Viñales finished 2019 with his best run of results since early 2017, so why is Yamaha finally coming out of the doldrums?

“The main thing is that we concentrated on adapting the bike to find a good base setting. When Maverick first arrived at Yamaha in 2017 he was very fast at every circuit, then when he struggled we tried to improve the setting, but sometimes that just made confusion. Finally at the Barcelona tests [after June’s Catalan GP] we found a good base setting, so he could get back his feeling on the bike. If the bike doesn’t change during the weekend he can concentrate on adapting himself to each situation and conditions.

Now the bike setting is very stable, for all track conditions. Sometimes before we struggled in different conditions – the bike would be okay in the morning on a cooler track and he was super-fast, then the bike feeling was completely different in the afternoon.

Our base setting isn’t just chassis setting, it’s also the electronics – we are improving acceleration and engine braking. Maverick’s main thing is always braking and entry. This is his crucial point, so we are always trying to improve in this area and this has helped him 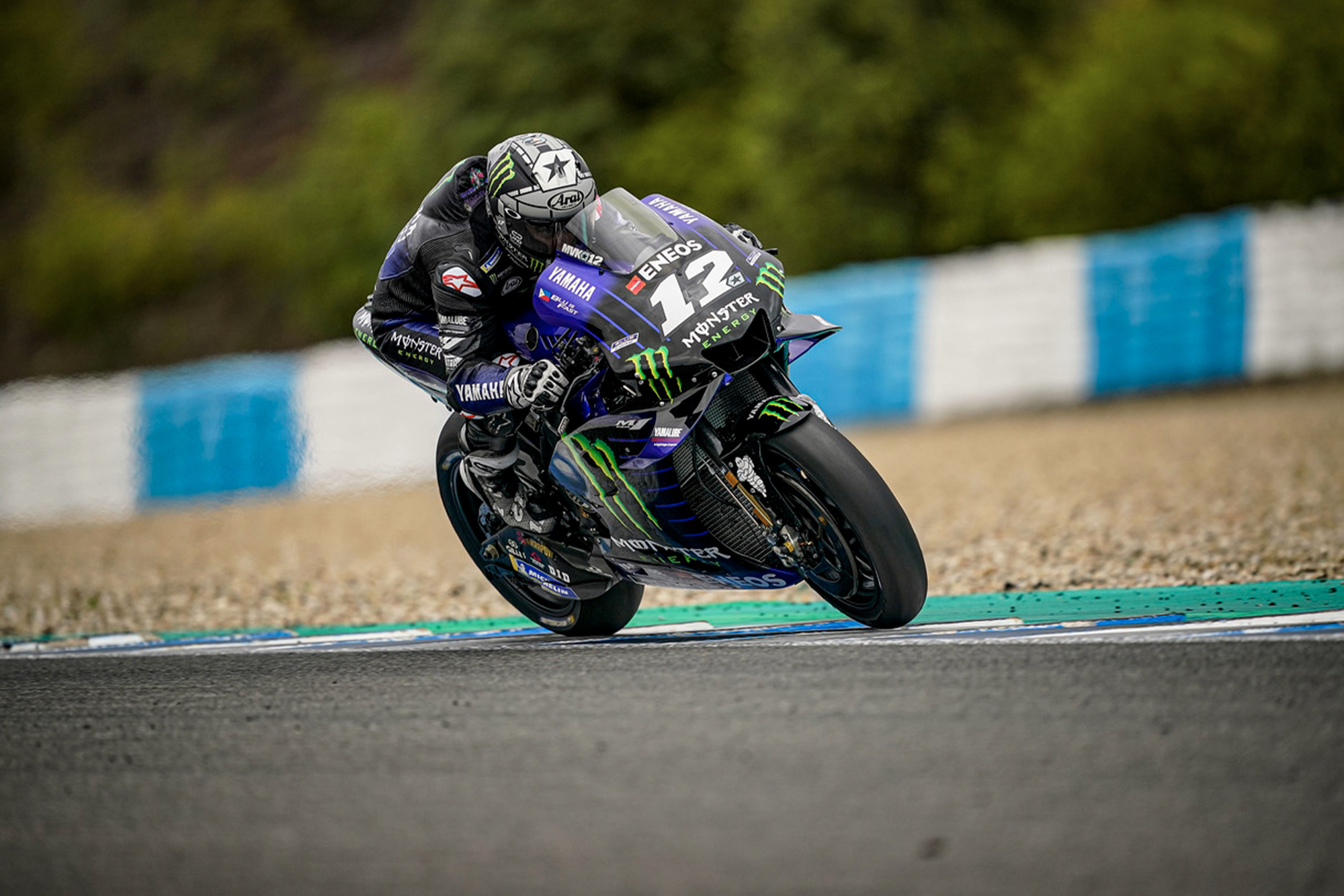 Yamaha has had some tough times in recent years – do you think your engineers looked at data too much and didn’t listen to the riders enough?

Our basic stance is that listening to the rider’s opinion is our most important input. This was before and also now. But we try from all angles to pinpoint problems.

The Yamaha and Suzuki are similar in basic configuration, so why does the GSX-RR look after its rear tyre better than the YZR-M1?

Now this is getting better for us, apart from one rider. Now Maverick and Fabio are not so bad in this area, so sometimes now we can choose a softer option rear tyre than we could before.

Your 2019 engine was a big improvement over the 2018 engine – how did you find more traction?

Compared to our 2018 engine spec we modified every component to have a smoother characteristic that’s easier for the rider to control. Finally we achieved better acceleration not only with a better engine character but by combining this with better electronic settings. Also, the adaptation of the riders was another key element.

The Michelins can make it challenging to find the right set-up – are you getting better at this now?

After some difficult times in 2016 we tried to understand the tyres more. With Bridgestone tyres, once we found the window we could control the situation. With Michelin tyres the window is narrower. Also, Michelin try to improve the tyres, so the window moves around. This is one of the more important factors. Now we start to better analyse the performance of the tyres and the feedback from every session. At the track and also outside the track [in Japan], for fundamental development, we have staff working to understand the tyres.

What is the problem with Rossi?

Regarding Valentino’s tyre life, we want to understand more. Certainly his physical size can make a difference, but we’re not sure about this. Also, we are now thinking about his riding style. He is more stable in the corners, where other younger riders aren’t so fluid.

So Valentino is more old school and doesn’t use the stop-and-go style so much?

I’ll try to find another word than ‘old school’! But maybe using the edge of the tyre more causes more degradation of the tyre.

The DNA of the Yamaha has always been flowing performance – do you think this is no longer the answer to winning?

I’m not sure about our DNA, but our bike target has always been strong braking and good turning. Maybe our bike works better in long corners – short corners have been our problem for many years. There are many ways to ride a short corner – the rider can ride an aggressive line or use a larger line. Our bike looks more stable than the others and the rider can be smooth and fast. Maybe this is the base characteristic of our bike.

We want to make the bike as our riders want. If the rider wants to be aggressive with the bike, so he can fight with the others, then it’s our problem to make the bike for him. We never give up and we always try to react to the requests of the riders. 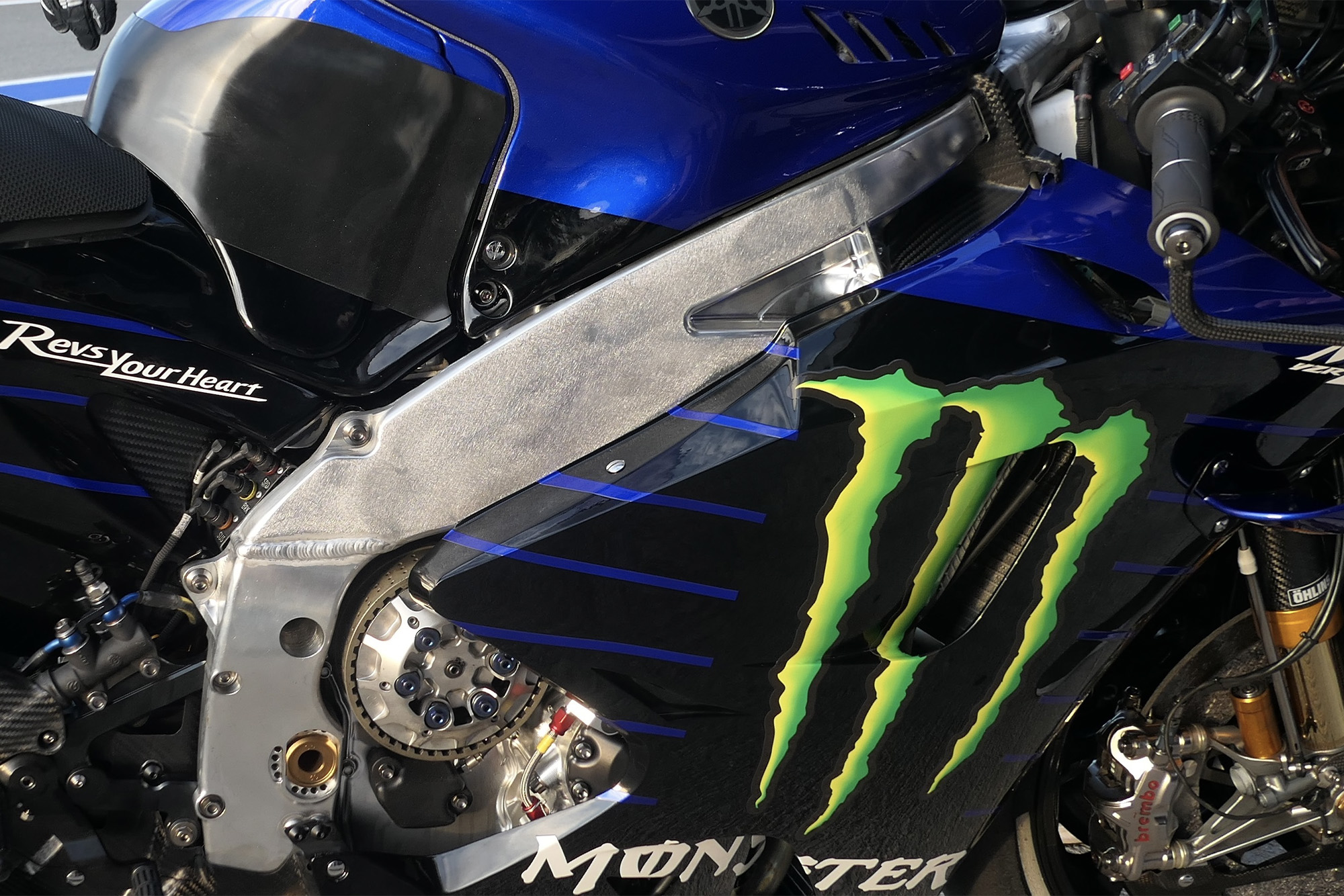 Quartararo is more aggressive on the bike; what’s the big difference between him and Viñales?

So Quartararo’s technique is more adaptable?

I won’t say which characteristic is better, they just have different characteristic. When Maverick has good confidence he can take the full performance of the bike’s turning and be super-fast. Fabio uses another way; he tries to adapt.

Do you think it’s possible for an inline-four to match the power of a V4?

Always we are trying. Unfortunately, as everyone can see, our bike does not have the best performance in a straight line. Of course we won’t give up and we don’t think a V4 is the only answer to make top-end power.

You have signed a Ducati electronics engineer for 2020 to help with the spec Magneti Marelli software – do you think you should’ve done this earlier?

Now we can think we should’ve done this two years ago. Other teams did this and have done well. If we had also done this two years ago maybe we would be at a better level now. In fact we already have a very good internal system working on software, but the gap is too big, so we have struggled, but now we are coming better.

We still have room to understand the software better and we don’t just expect short-term answers from taking people from outside. We want to hear answers and ensure our development for the future.

If Rossi retires at the end of 2020 could he become team manager of the factory Yamaha squad?

Maybe I’m not the best person to answer this kind of question! My job is to work to bring Valentino back to the top level again. He has a super-good memory and he remembers everything we’ve done over the years, so his knowledge and experience is important to us. It’s good to keep him inside Yamaha – we want to keep this connection.