I spent some of the festive break reading Casey Stoner’s autobiography, Pushing the Limits. It’s an enjoyable book and should be required reading for any aspiring kid racer (presuming they’ve been off the bike long enough to learn to read) and for any parents of same. 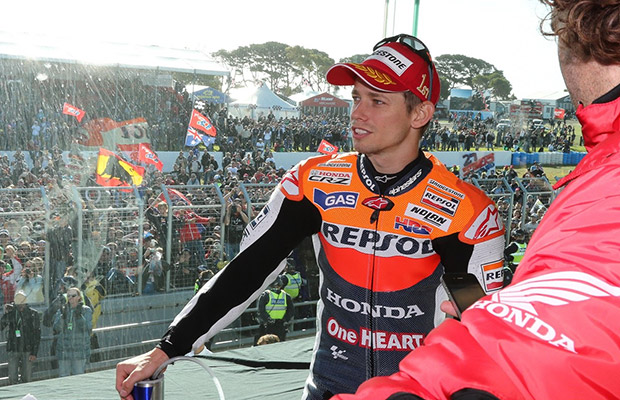 Stoner’s abilities and his success confirm the verity of the 10,000 hour rule which suggests that’s the minimum amount of time you need to spend doing any pursuit if you want to be world-beating good at it. In other words, there are no short cuts on the way to the top – it’s just work, work and more work.

As a kid, Stoner did pretty much nothing except ride bikes. And the struggles through which his family went to ensure that he kept climbing the ladder make for uncomfortable reading, especially if you’re a parent. Would you go to the same ends? I’m not sure I would.

As is usual in autobiographies (at least, in my opinion), it’s the childhood years that are the most fascinating. You get to fully understand why Stoner was the way he was when he was racing Grands Prix. After that, there’s plenty of interesting stories you won’t have heard before and he also manages to settle a few scores, because, after all, that’s half the point of writing an autobiography.

Among those who get it in the neck are Michelin, who he says didn’t look after him so well when he graduated to MotoGP in 2006, and Randy Mamola, who was briefly involved in managing his career. 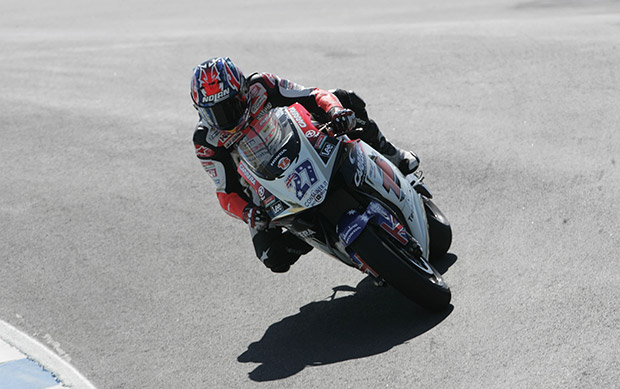 Perhaps the most illuminating part of the book is the tale of his very first race, as a four-year-old, at Hatcher’s dirt track on the Gold Coast. As Stoner lines up at the start aboard his PW50, he starts to cry. There are harsh looks from other parents and race officials, all of them no doubt jumping to the conclusion that Stoner’s mum and dad are the kind of desperate racing parents who force their kids into doing something they really don’t want to do.

In fact Stoner is shedding tears for a different reason – he is upset because people are looking at him. Born and bred in the middle of nowhere, he’s not used to all the attention and he hates it. A few years later he was bullied at school, so his parents took him out and home-schooled him, further divorcing him from the rough and tumble of normal life.

Dealing with fame in MotoGP

Fast forward 17 years or so and Stoner is in the Donington paddock, riding his scooter to the Ducati garage to start practice. There are kids and grown-ups pleading for autographs as he weaves his way through the crowd and he’s not signing one of them. The crowd isn’t happy. And neither is Stoner – he hates crowds.

Stoner is (or was) a hugely talented motorcycle racer who abhors being in the limelight. The paradox of his career was that he was doing something he loved, but this required him to do something he hated. Thus success was always half a nightmare for him and eventually he had had enough. 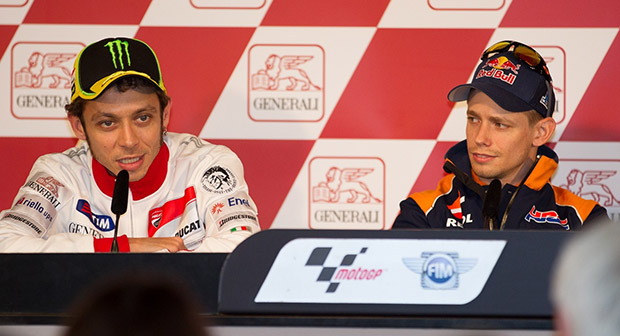 Stoner isn’t a born PR man like Valentino Rossi and Marc Márquez, so he never publically explained the reasons for his behaviour. Thus fans merely thought he was rude and unprofessional, rather than simply a rabbit caught in the limelight, hating every minute until he clipped down his visor and escaped into another world.

I had my own moments with Stoner during the years he was in GPs, from 2002 to 2012. His talent dazzled me from the moment he turned up at Welkom in April, qualifying on the second row for only his second race on a 250. A few months later I wrote that “he has the stamp of greatness upon him”, and he was still only 16-years-old.

Our relationship went downhill when he joined Ducati, for whom I was writing press propaganda at the time. I knew I was in trouble when I heard him mutter to someone, “I’ve had words with Livio [Suppo] about that bloke”. Oh hell, I thought, this is going to be a nightmare season.

In fact it wasn’t. Stoner was always professional and always interesting when I sought quotes from him following each practice session and race. Despite that, after a few races I decided to confront him about his apparent dislike for me. “Casey, have you got a problem with me?” I asked. “Yes,” he said. “I have.” Oh dear. 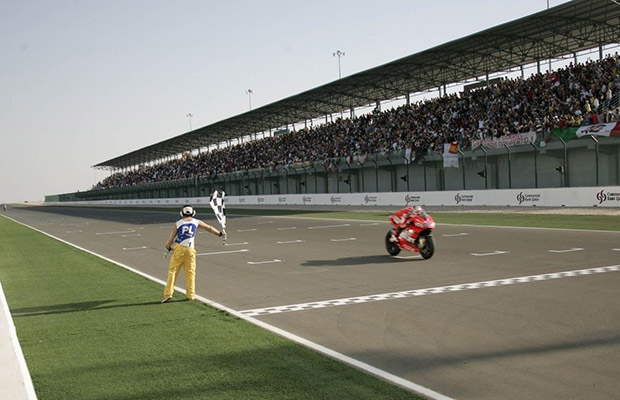 Turned out he was angry about some words I’d written about him crashing when he was riding 250s. Well, he did crash that 250 quite a lot, so…

After that, our relationship became slightly less fraught. After he won the 2007 and 2008 British GPs, only to be greeted by a booing crowd – angry that Rossi hadn’t won – I started quizzing him during one-to-one interviews about his relationship with fame. This is the bombshell he dropped on me at Sepang in October 2008.

“I am here to race and this is what I want to do and the rest of it is just murder to me. Some people enjoy the media but I hate attention, I hate people talking about me. It’s really something I dislike, it’s difficult for me to handle. I’d really just prefer to be a little mouse in a corner, forgotten about.” 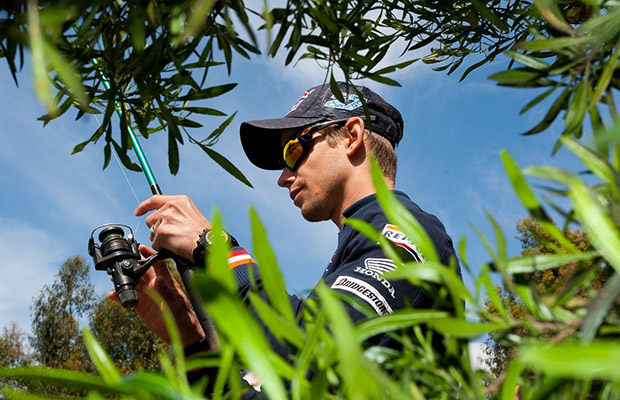 But I think I only fully understood Stoner when I spoke to Ian Newton, the former 250 racer who runs the Aprilia Superteens series, which was Stoner’s first step on the roadracing ladder. Newton – without an axe to grind – had only good things to say about Stoner.

“Casey was an absolutely fantastic kid. Now I tell all the Superteenies – all sunglasses and hair-gel – that when he was practicing he would come in, take his crash helmet off, then drop on his knees and start working on his bike.

“When he won Superteen races he used to ride round with his hands on the handlebars, so I told him that he should wave to the crowd. He said, ‘no, I’ll feel a real dick’. So he was riding around, hiding inside his helmet, embarrassed with what he was doing, embarrassed with how good he was.

“I was sat with him in his motorhome at the 2006 British GP and you couldn’t have found a more miserable kid. At this point he’d had a fall-out with his dad, so his parents were around and Adriana [his future wife] wasn’t with him yet, so he was in Europe all on his own. 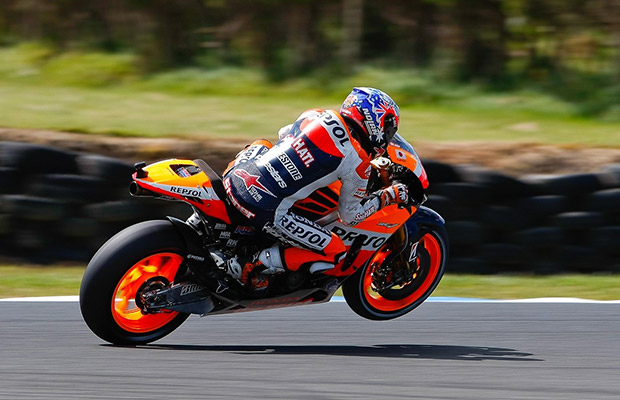 “He sat there and said ‘as much as I love motorbikes I never ever, ever thought about the publicity side of it and I hate it’. He talked about jacking it in then. The kid can’t cope with the publicity and then he gets slaughtered by the press and booed by fans. I always knew he wouldn’t hang around long.”

Sure, Stoner wasn’t the ideal ambassador for the sport, but who cares? One of the most important things in life is to know yourself and to be yourself. Do we really want every rider to give himself a PR work-over, learning to always say the right thing and always smile at the camera? I know I don’t.

I just want riders to race like their lives depend on it and then to be themselves, for better or for worse. Stoner wasn’t made for fame; it wasn’t his fault he couldn’t handle it. Sure he moaned a bit, but on the bike he was a genius and off the bike he was always frank and fascinating. You can’t ask for much more than that.