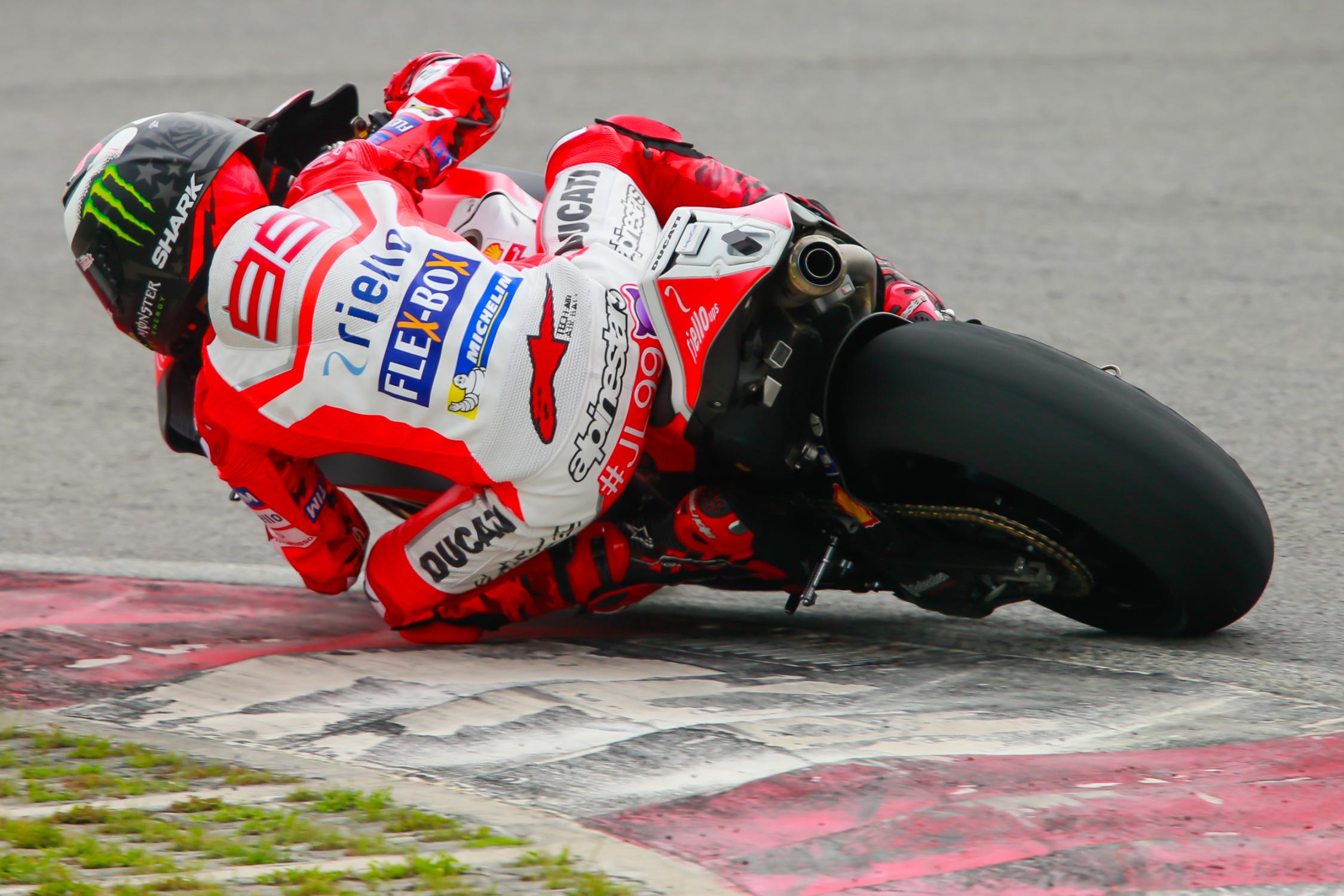 “If you want to make the gods laugh, tell them your plans.” They certainly saw us coming this time at Sepang.

The tropical skies opened on two of the three days, sending riders scurrying into the pits because they were there to work on their new bikes at the limit, not tiptoeing around on a wet track.

But the rain itself wasn’t a huge problem. In the steamy equatorial heat, Sepang used to dry very quickly. No longer, however. Ten months ago the circuit underwent a much-needed resurfacing, which also included adding cambers at some corners to improve draining and safety during torrential downpours.

The problem that had riders seething this week was that the new asphalt takes forever to dry after a downpour, robbing them of hours and hours of vital testing times. No doubt the factory teams wasted many millions of euros in lost development time.

This was the fault of the Sepang bitumen, because it doesn’t have enough porosity to allow moisture to seep between the aggregate. Sepang’s bitumen is made by Shell in Singapore. The aggregate is crushed granite from a quarry 60 miles from the track. This issue is to be fixed soon, most likely with sandblasting.

Fastest man after three days was Movistar Yamaha’s new man Maverick Viñales. I have little doubt that Viñales will fight for this year’s title with reigning world champion Marc Marquez (Repsol Honda), who ended up third fastest, just over a tenth off Viñales, with Andrea Iannone (Ecstar Suzuki) just between them.

Iannone will also be very fast on the GSX-RR, which must feel like an armchair after the Ducati, but he will need to do better than crash out of six races, like he did last year.

With not much dry track time and two tests still to go – at Phillip Island and Losail –  before the season commences in Qatar on March 26, you could argue that many of the lap times were largely irrelevant as far as indicating championship form goes. Testing is testing, racing is racing. Over the past six years of Sepang testing, the fastest rider at the tests had only gone onto the win the MotoGP title on three occasions. But I’m convinced about Marquez and Viñales. 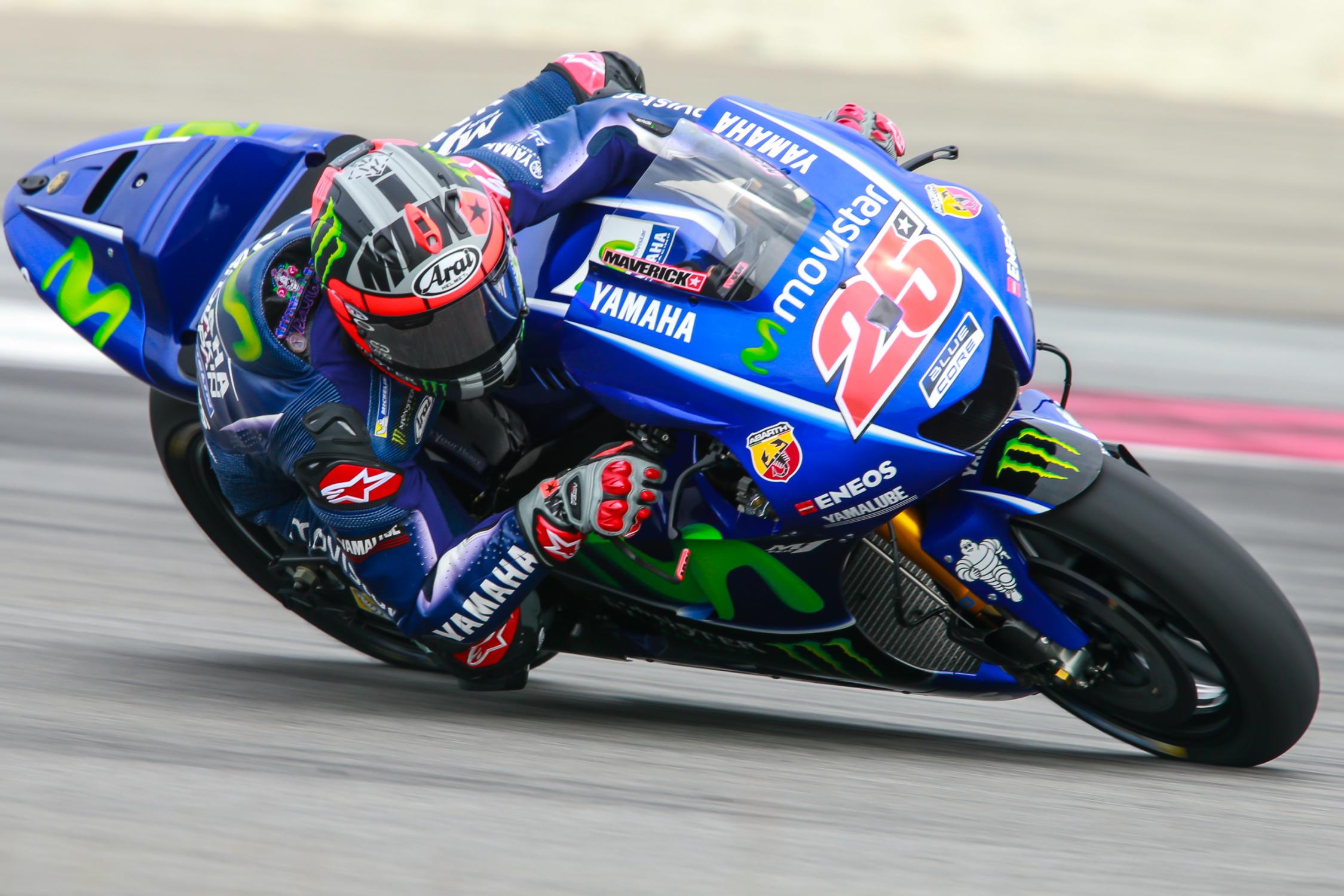 What was much more interesting were two of the most visually obvious technical changes of the new year.

Ducati’s GP17 appeared with a small box in the back of the seat hump. There was endless speculation about the contents of this box. Pramac Ducati rider Michele Pirro joked that it contained a hotdog and a fizzy drink. Others were sure it contained electronics kit. But why put that weight in the worst possible place – high up and at the rear of the bike?

Or could the box hold a chatter damper? Chatter is a common problem in bike racing – a harmonics mismatch caused by resonance from the tyres and chassis that causes a high-speed vibration between the tyres and the track, which can cause a catastrophic loss of grip. Adding a kilo at the extreme rear of the bike could damp out chatter, because the moment of inertia increases by the square of distance, so a small weight that far from the centre of the motorcycle would have a significant effect.

Marlboro Team Roberts learned this by coincidence in the late 1980s, during the very early years of datalogging. Wayne Rainey’s Yamaha YZR500 was equipped with a datalogger during practice, but not during the race, because it weighed a significant amount – about two kilos. Rainey would have a great two days of practice and go to bed full of confidence on Saturday night, while his mechanics removed the datalogger. The race would be completely different, Rainey would struggle with chatter, get beaten and return to his pit baffled. At first his crew thought he had got a bad tyre, but after three races they realised what was going on. The datalogger was housed in the set hump and cured any chatter.

According to this engineer, the gyroscope is positioned in the very centre of the bike as far back as it can possibly go, which is where it needs to be to have any effect. It must be heavy and spin forward at a very fast rate to affect the attitude of the bike during acceleration. Maybe Ducati uses tungsten, a heavy metal? Years ago HRC used tungsten plugs in their NSR500 crankshaft flywheels to increase or decrease gyroscopic effect.

The gyroscope might work something like an engine turbocharger, spinning at an incredibly high rate (between 80,000 and 200,000rpm is normal for a turbocharger). This gyroscope would obviously do a very different job – spinning forward to overcome the rearward rotation of the motorcycle as it wheelies. Most of us already know that a motorcycle with a forward-spinning crankshaft wheelies less than a bike with a rearward-spinning crank, due to torque reaction. 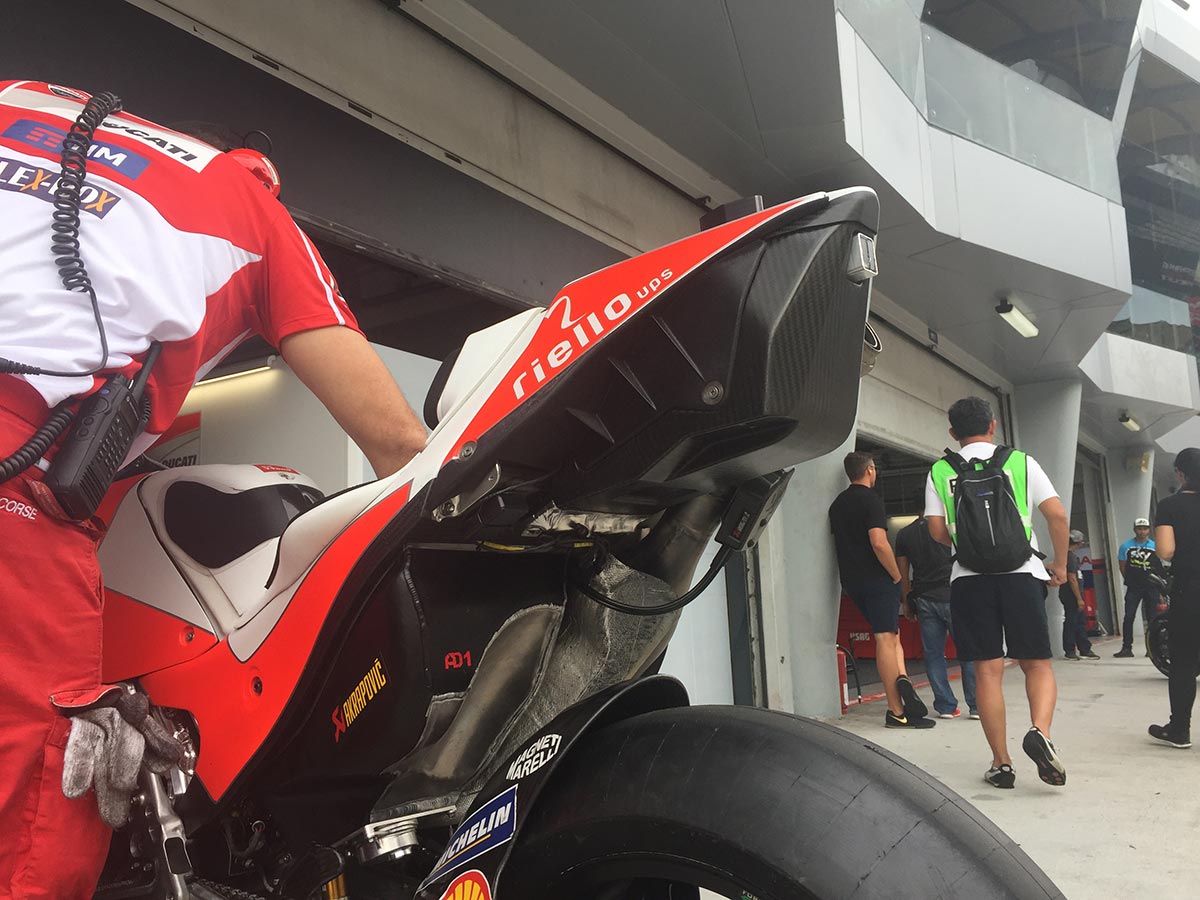 But surely a small gyro at the back of the motorcycle couldn’t have a worthwhile effect? Consider that most of last year’s winglets were quite small, delivering only 20 to 30 kilos of downforce as an absolute maximum. Perhaps an anti-wheelie gyro wouldn’t be so effective, but if it helps to minimise the anti-wheelie software’s need to reduce torque reduction, it will help acceleration.

Unlike a turbocharger, this gyro isn’t driven by exhaust gases. Which means it would have to be driven by electronics. But MotoGP’s rule-makers tell me this isn’t allowed, but maybe Ducati has found a way round the rules.

Obviously Ducati won’t say anything about its new technology. At Sepang Ducati mechanics became very high and mighty when I tried taking photos in pitlane. They waved their arms and swatted me away like I was a beggar. Whatever happened to please and thank you?

If this gadget really is a gyro it could also improve machine dynamics during deceleration, because reversing its direction would maintain rear tyre contact during braking, which would improve both braking and corner entry.

Perhaps this is all pure fantasy or possibly illegal. All that is sure is that Ducati chief engineer Gigi Dall’Igna has once again got his rival factories running around in a flap once again. Perhaps that’s the whole idea. 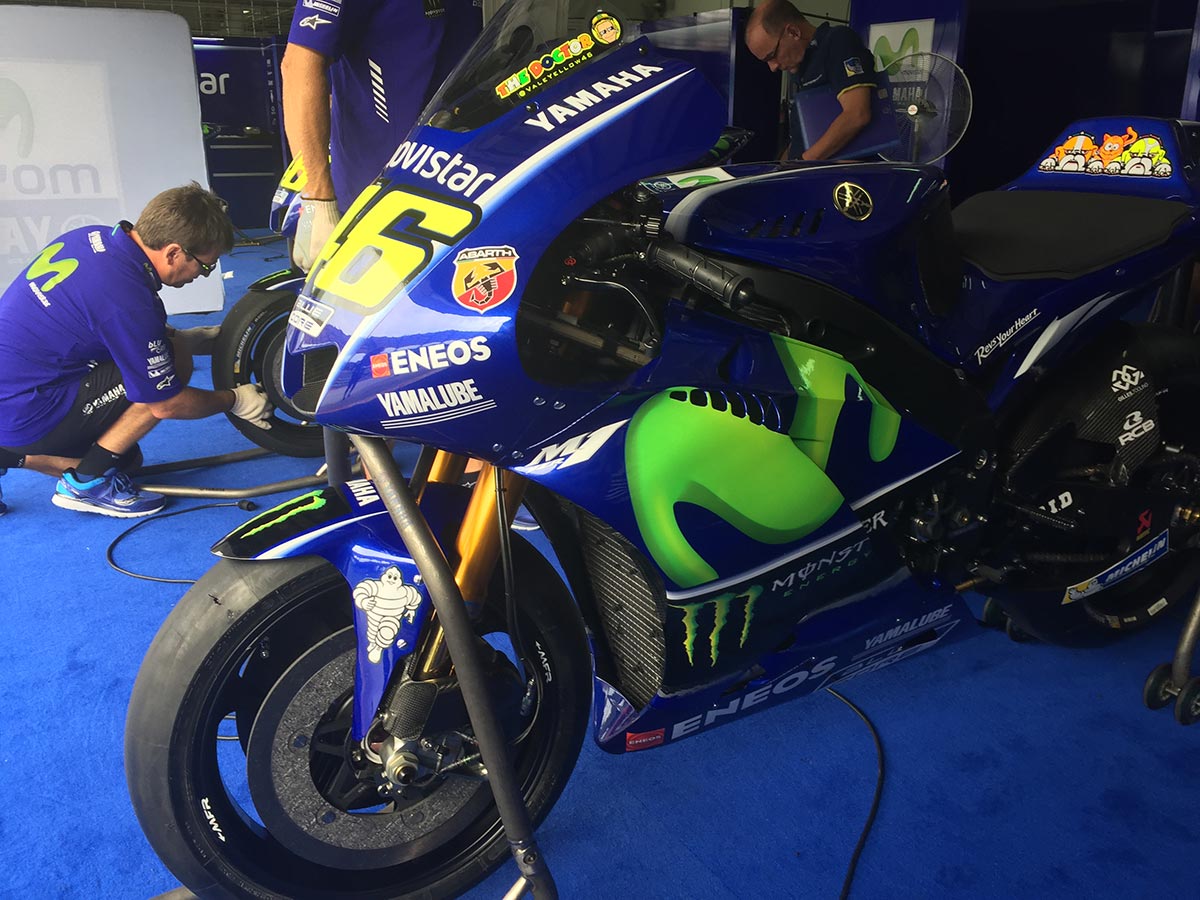 One of the main arguments behind the recent wing ban was to save the huge costs of aero R&D. This obviously isn’t going to happen. Motorcycles running at around 240mph need front downforce to keep the bike from trying to take off, so the factories must find new ways of generating enough downforce to make sure the front wheel is still on the ground when the rider grabs the brakes.

At least Yamaha’s new downforce bodywork, with internal winglets between the inner and outer fairing skins, looks a lot prettier than the stingray-style winglets Yamaha ran last season. And it’s a lot less injurious to other riders too. It is not, as Dani Pedrosa said last year “a knife on the side of the bike”.

Rossi called the new fairing “beautiful”, whereas he hated the look of the old wings. No doubt this kind of aero will proliferate – it’s likely that other factories are holding fire with new aero, keeping fairings under wraps until the Qatar test or the Qatar GP, because it doesn’t take long for a rival to copy a fairing design.

There is no doubt now that aero R&D will continue apace but at least those dog-ugly protuberances that last year spread across the grid like acne on the face of the Venus de Milo are no more. 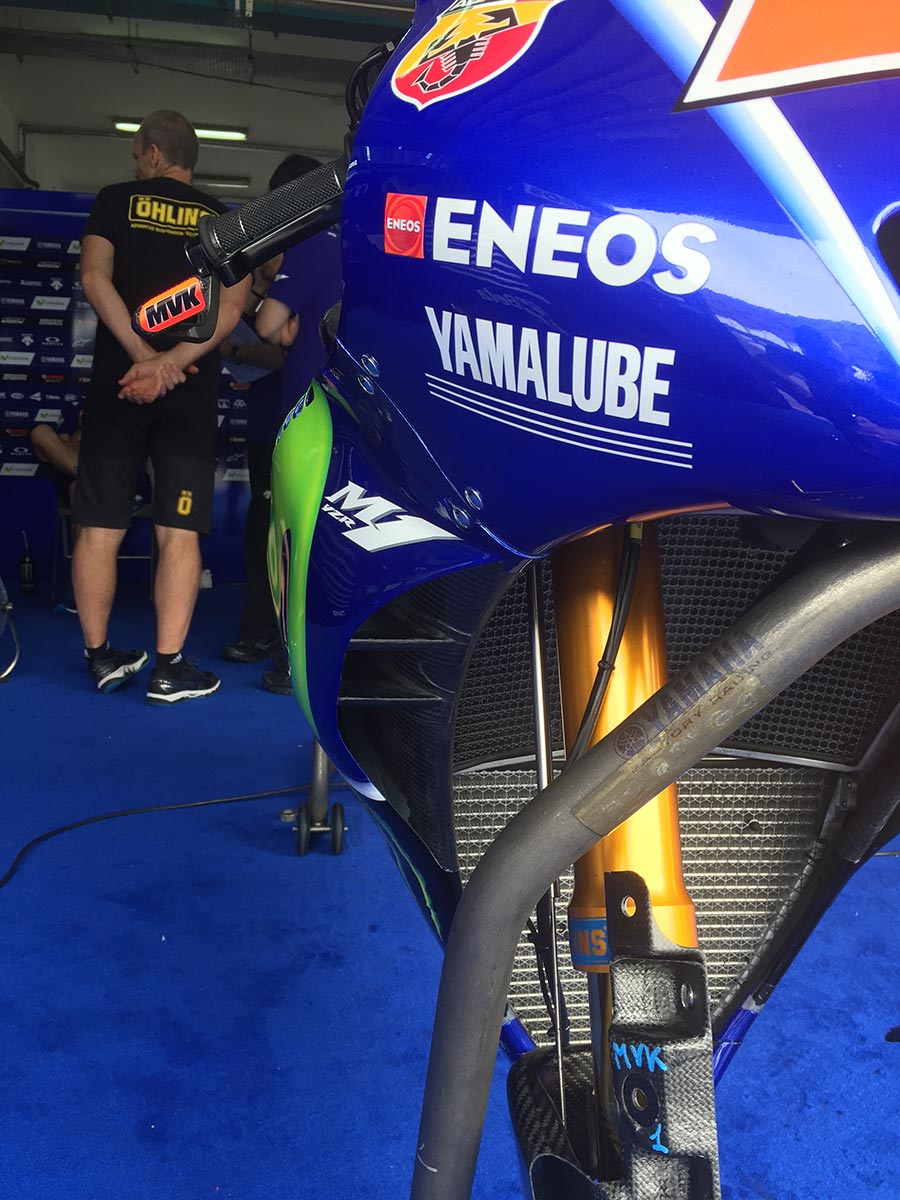 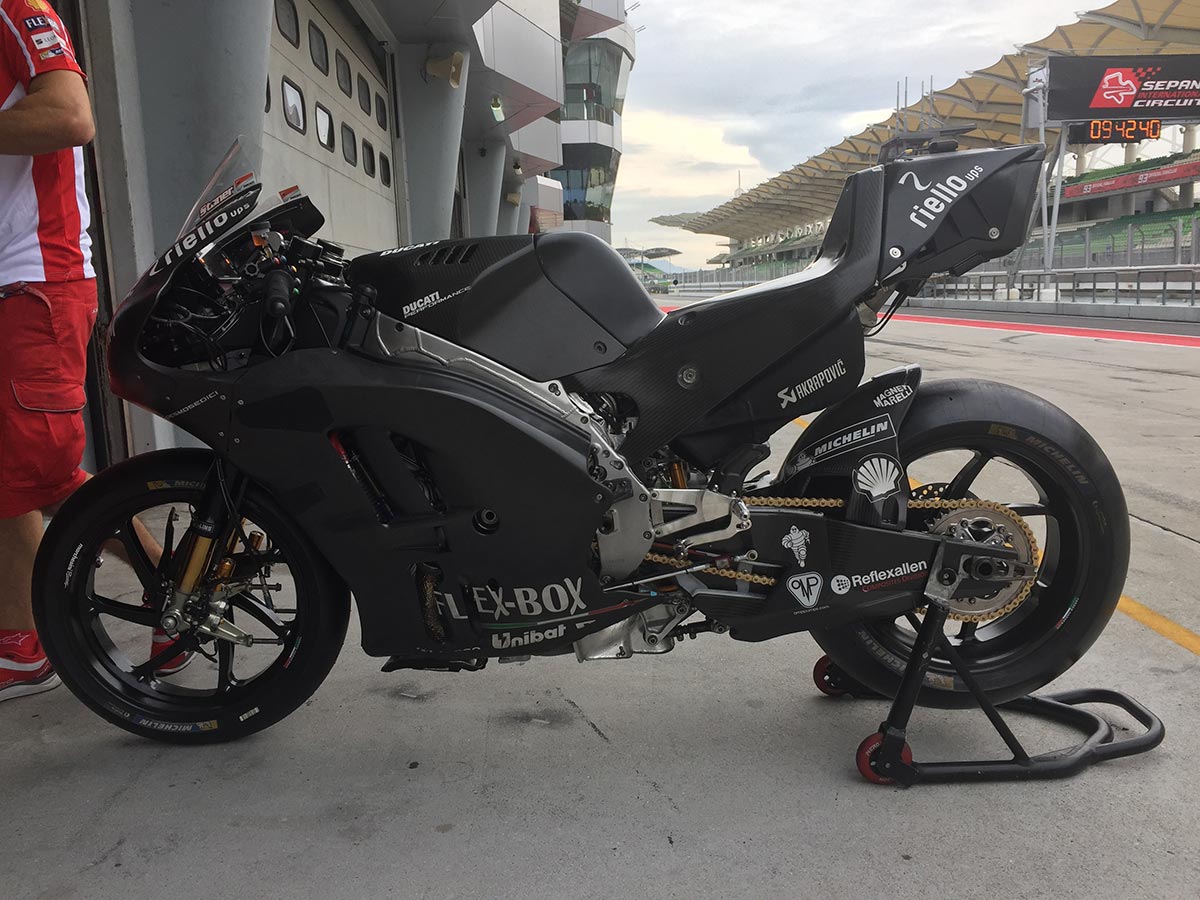