This weekend’s Spanish Grand Prix will be the last MotoGP race for three-time champion Jorge Lorenzo, as he announces his retirement 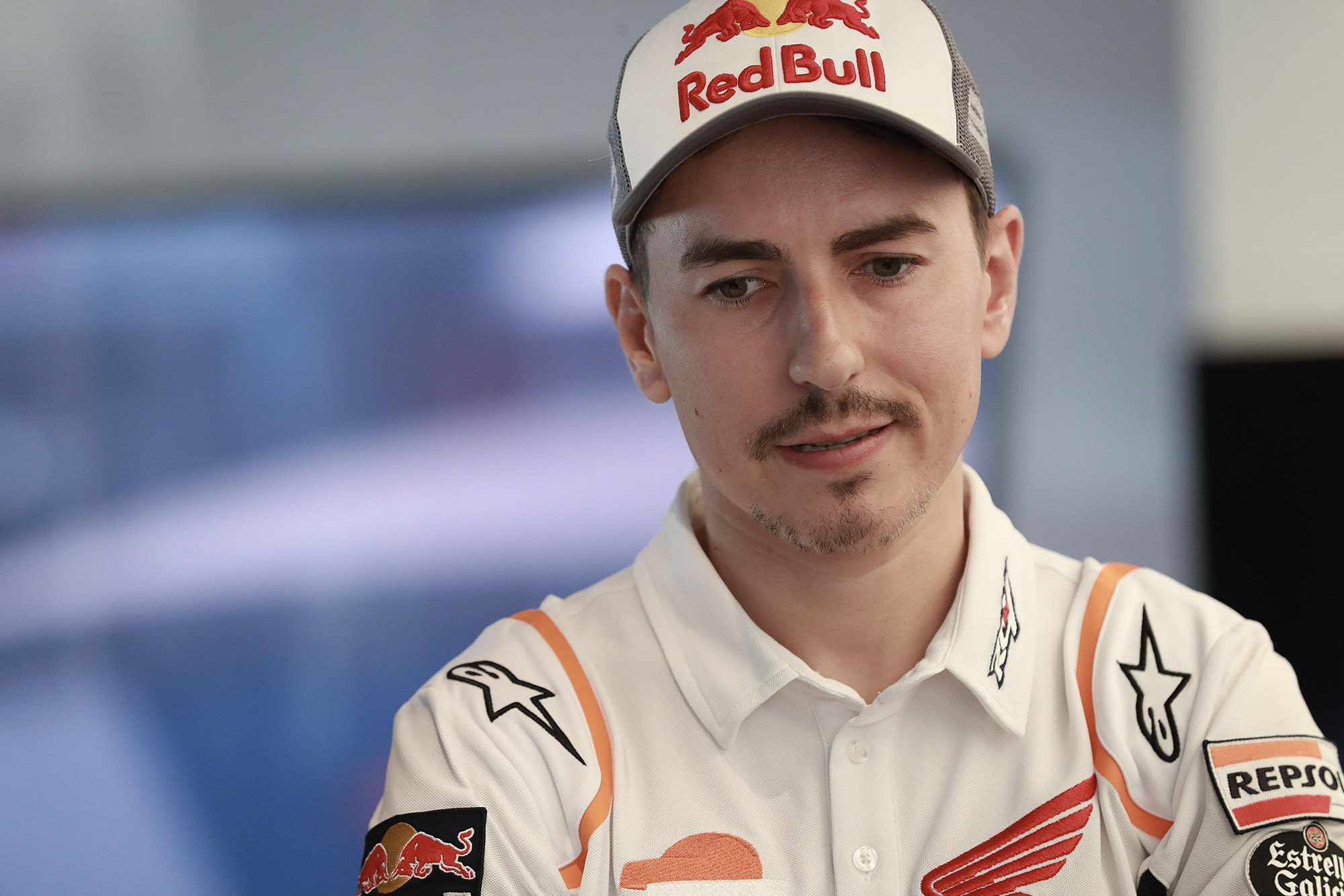 Jorge Lorenzo has announced his retirement from top-level motorcycle racing ahead of the Spanish Grand Prix, which will be his last MotoGP race.

In an emotional press conference the three-time world champion said: “I don’t want to race any more,” telling journalists that he had lost motivation after a series of crashes that left him unable to compete for wins.

The 32-year-old said that he did not have the passion to keep going after breaking his back in Assen at the Dutch TT earlier this season.

“I crashed again in this ugly Assen crash, and you all know the consequences,” he said. “I have to admit, when I was rolling on the gravel and when I stood up, I thought to myself, ‘ok Jorge, is this really worth it, after what I’ve achieved, to keep suffering?’ I’m done with it, I don’t want to race any more.

“I came home, I decided to give it a try, so I kept going but the truth is, the hill became so high and so big for me that I wasn’t able to find the motivation, the passion to keep climbing the mountain.

“I think this is the best decision for me and for the team because Honda and Jorge Lorenzo cannot fight just to score some points at the odd race, or enter the top five or fight for the podium, I think it could be possible with time but we are both winners that need to fight for the win.”

Mat Oxley: Crash that led retirement: ‘The mountain became too high to climb’

Lorenzo won his first MotoGP championship for Yamaha in 2010, claiming two further world titles for the team in 2012 and 2015 as part of a run of eight consecutive top-three finishes.

A move to Ducati in 2017 saw him slip in the championship rankings, but he still won three races last year before switching to Honda for 2019.

He has struggled with this season’s RC213V, but the move has also coincided with a miserable series of injuries, beginning when he fell at the first corner at Aragon in September 2018.

Two weeks later, he suffered serious ligament damage to his left wrist in an enormous crash at Buriam, and the operation to repair the damage caused his left scaphoid to snap, affecting his winter training and his start to the season.

But it was the crash that broke his back in June’s Dutch TT, which led to today’s retirement decision.