Jorge Lorenzo will race at this season’s MotoGP Catalunya Grand Prix, seven months after announcing his retirement from motorcycle racing.

The three-time MotoGP champion will take Yamaha’s wildcard entry for the June 7 event, he announced in a video on his Instagram account.

The 30-year old had said: “I’m done with it, I don’t want to race anymore,” at last year’s Valencia Grand Prix, following two serious crashes that had damaged his spine. 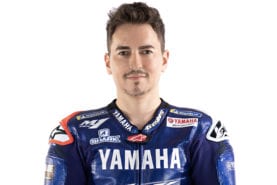 He was released from his two-year Honda contract, without any restrictions on signing for other teams.

Eleven weeks later, he was announced as Yamaha’s test rider. When Yamaha secured a wildcard entry to the Catalunya race, the rumours of a Lorenzo comeback began.

Today, the team confirmed his involvement. “[Jorge Lorenzo] will be riding aboard the Yamaha YZR-M1 as a MotoGP Wild Card at the Catalunya GP,” it said in a Tweet.