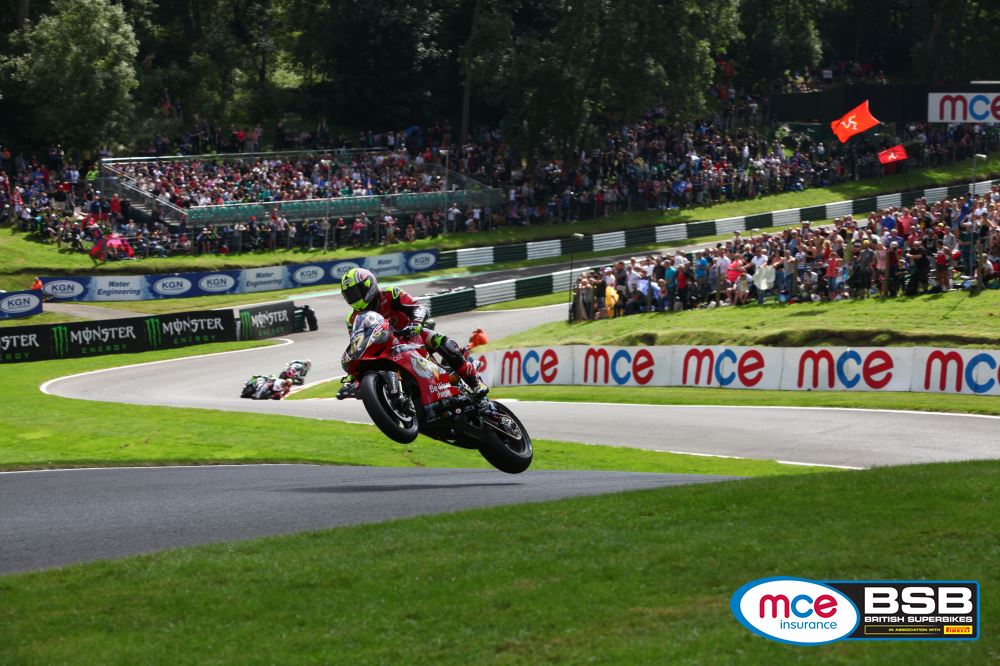 I am delighted to have secured my place in The Showdown. That was the first objective at the start of the season and it’s in the bag.

I was even more pleased to come away with two podium finishes at Cadwell Park over the Bank Holiday weekend.

A lot of people have made a big thing of Cadwell Park being a bit of a nemesis for me over the years. While it’s true that Monday was the first time I had won there in 13 long years, I actually quite like it – I just haven’t had much luck there before now.

We tested there a few weeks ago and had two hours out on the track per evening. We went straight from Thruxton to Cadwell, two circuits that couldn’t be more contrasting. Thruxton is so wide it feels almost like the M25 while Cadwell is more like a garden. But that is part of the beauty of British Superbikes.

Cadwell is so busy. If you make a mistake you get punished but, at the same time, you have to attack it or you’ll come a cropper.

I was a little concerned about this round after testing. We went fast, but it certainly wasn’t easy.

On raceday everyone’s strategy actually played right into my hands in race one. They were all worried about their tyres and being careful, which meant I didn’t have to push that hard. I saw my chance on the last lap and made my move on Leon Haslam. 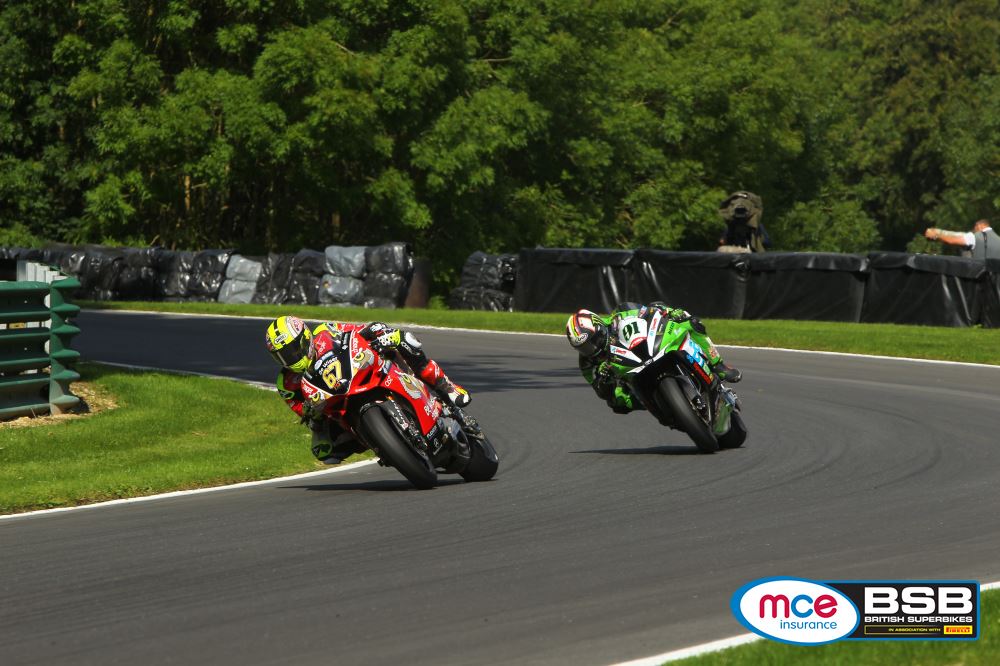 We didn’t change anything for the second race but for whatever reason the rear tyre spun a lot. Even now we don’t understand why that was the case, so maybe we just got a bad tyre. It just didn’t give me the grip I need to exit the corners the way I do normally. Even so I managed to come home in third. It’s a great feeling to have a bad race yet still finish on the podium. That is how championships are won.

There are three races in the Showdown Decider in the next round at Oulton Park and we’ll be looking to get as many podium credits as possible.

There has been a lot of talk recently about F1-style radios being introduced in MotoGP, but I’m not convinced.

It’s one thing having radios in cars, but we’re talking about motorbikes. You are never ‘just’ sat down – you are constantly adjusting your body around the track. That is quite enough to be getting on with without talking on the radio as well.

Often it’s down to race strategy. If that is in place you should be able to deal with all sorts of situations without talking to the team all the time.

When I was with Team Roberts in 2005 they had a system where they could talk to me, but I couldn’t talk back. I didn’t see it as a massive advantage – and sometimes it confused matters.

I always keep one eye over the Pond at the MotoAmerica Superbike Championship. Superbikes used to be massive in America and some of the big boys were earning millions of pounds.

I very nearly went to the AMA myself in 2004 – I wanted to go to the World Superbikes but they could only offer me a factory ride in America. I was weighing up my options when an offer came in from MotoGP.

Now there are only a couple of guys making money in America, but Wayne Rainey is involved and if there is anyone who can drive the sport forward over there, he’s the man to do it. I’m heading over to California in November so I look forward to catching up with a few old friends over there. 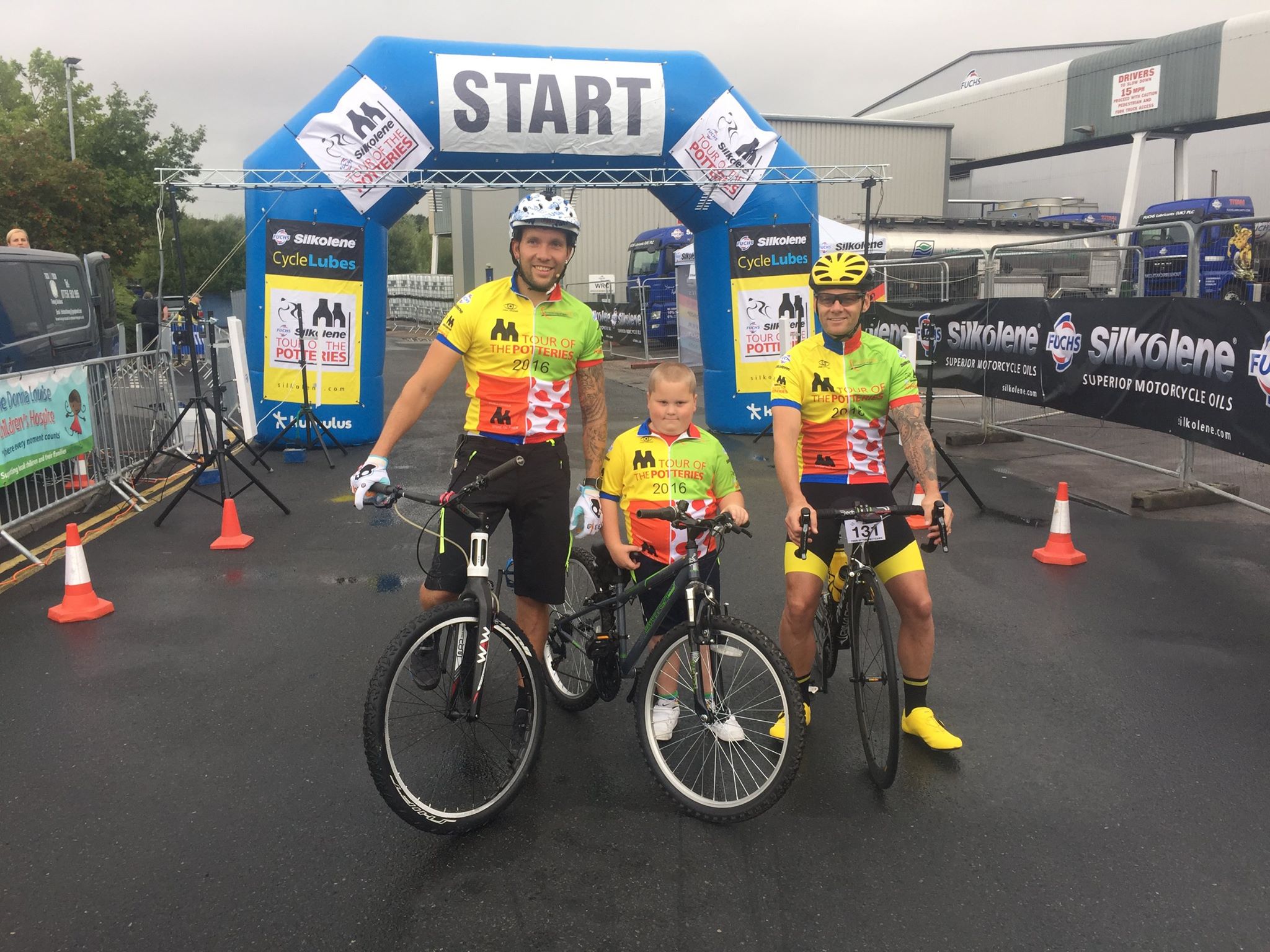 This Sunday I am taking part in the FUCHS Silkolene Tour of the Potteries 150km cycle, which sets off from FUCHS’ UK headquarters in Hanley in Stoke-on-Trent. Cycling is my main form of exercise and I love it. I ride nearly every day and always take the bike with me to races so I can get some exercise and to switch off from the pressures of racing.

I’ve done 200+ mile rides in a day before now. I’ve been riding this week while out in Spain and felt like I had no power in my legs whatsoever – but hopefully I’ll be feeling better by the weekend!

It should be a great event and people can still sign up, or even just turn up on the day. More details on www.fuchs.com/uk.