All MotoGP riders are mavericks. After all, anyone who chooses to earn their living aboard a 220mph motorcycle needs an unorthodox view on life and an independent mind.

Maverick Viñales was christened Maverick after the star of Top Gun, his dad’s favourite movie (and the grand prix paddock’s favourite post-race watch in the late 1980s). But he didn’t know the origin of the name, until I told him when I first interviewed him, on the eve of his second MotoGP race, at COTA in April 2015.

Samuel Augustus Maverick was a 19th century Texan lawyer and rancher who was so busy being a legal eagle that he didn’t bother branding his cattle. Thus fellow ranchers called his unbranded cows Mavericks and eventually the word gained its modern meaning.

During that interview I asked Viñales if he is Maverick by name AND by nature.

MotoGP fans with long memories will know that Viñales’s decision to split from Yamaha halfway through a two-year deal isn’t the first time he’s walked from a team. And at least this time he didn’t just leave the garage, jump in his hire car, drive to the airport and fly home, like he did at Sepang in 2012.

At that time he received plenty of criticism for his behaviour and he’s had plenty more since news broke of his possible defection to Aprilia, especially since his demeanour on the podium yesterday, when he ducked a team hug with team manager Massimo Meregalli. He’s been called churlish, petulant, sulking, dramatic and so on.

So what? Many fans complain that modern racers behave like corporate robots, so when one of them allows his emotions to short-circuit his inner automaton surely we should be happy to glimpse a little humanity?

MotoGP racers – no matter how many millions they tuck into their bank accounts each summer – aren’t aliens, they’re humans, just like you and me. And who hasn’t walked out of a relationship or two in their lives?

Perhaps Viñales isn’t being clever and certainly he isn’t being professional, but at least he is being Viñales.

In my experience the 26-year-old Spaniard is one of the friendlier, more humble riders on the grid, and he is well-liked by his crew, but he’s always been one of MotoGP’s more emotional stars.

There’s little doubt that this characteristic is the major factor in his relentlessly up-and-down performances. The most successful racers strip emotion out of their psyche, because to perform week in week out at the highest level you really do need to be more of a machine.

Maverick is way too mercurial for a professional sportsman and the only person who’ll be able to help him with that is a good sport psychologist who can get to the root of his issues and fix them. 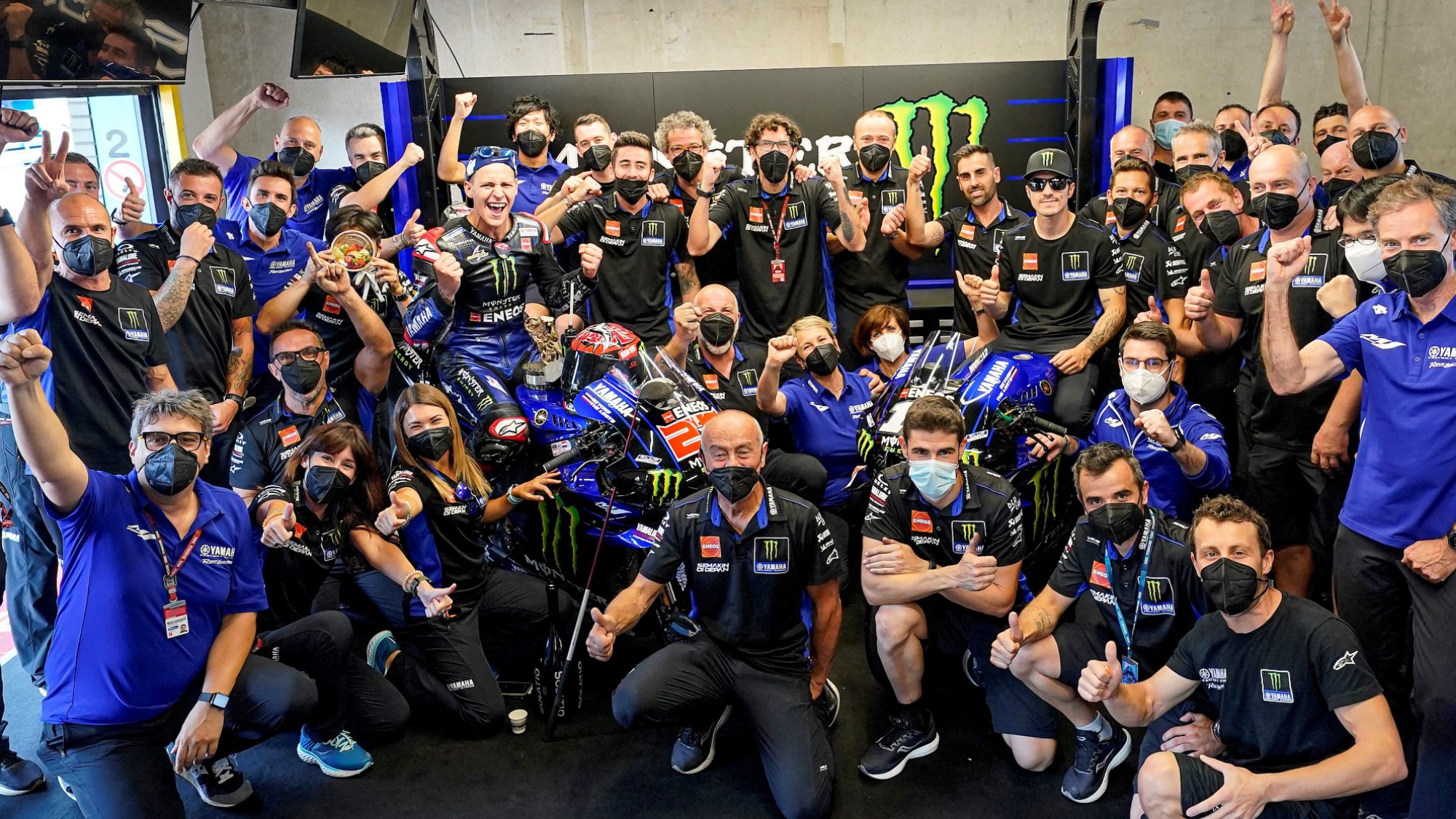 But why has the bust-up happened now? Because this is the first time Viñales has been properly out-performed by his team-mate. During his previous four seasons with Yamaha he beat Valentino Rossi in three of them and finished just five points behind the Italian in the other. And how does a team boss rebuke a rider that’s beating his team-mate?

This year has been very different. At Sachsenring two Sundays ago Viñales finished stone last, 24 seconds behind the winner, lapping six-tenths slower than team-mate Fabio Quartararo, who finished third. Halfway through 2021 he has scored two podiums (including one win), while Quartararo has taken six podiums (including three wins). The pair stand first and sixth in the championship, 156 points to 95. No wonder he’s been getting some heat from team management.

So what’s his problem with Yamaha’s YZR-M1? The reality is that Viñales started struggling when Michelin changed its front tyre carcass following the opening five races of 2017, his first year with the team. Viñales won three of those races and didn’t win another until Phillip Island in October 2018, 29 races later.

In the two and a half seasons since then he’s won just another four. In other words, he won three of his first five races on an M1 and five of the next 73.

Of course it’s not easy to separate all the different factors – rider, tyres and motorcycle – in these situations. Yamaha has certainly struggled in recent years, suffering its longest victory drought since it entered the premier-class in the early 1970s. But how much of that was machine and how much was rider?

Perhaps Yamaha didn’t only struggle for technical reasons. Perhaps it struggled because one of its factory riders was past his prime and the other needed to get out of the right side of bed to perform at his best. Which makes Yamaha’s January 2020 decision to rehire Viñales for another two seasons – 2021 and 2022 – even stranger than his decision to walk in June 2021.

Interviewing Viñales in recent years he’s always told me that grip is his problem – when he has grip he can be fast, when he doesn’t he can’t. Sometimes he works to get grip from the front, other times from the rear, but all the time he seems a bit all over the place. And this despite having Ramon Forcada, Esteban Garcia and Silvano Galbusera by his side, which suggests once again that the problem comes from inside, not outside. 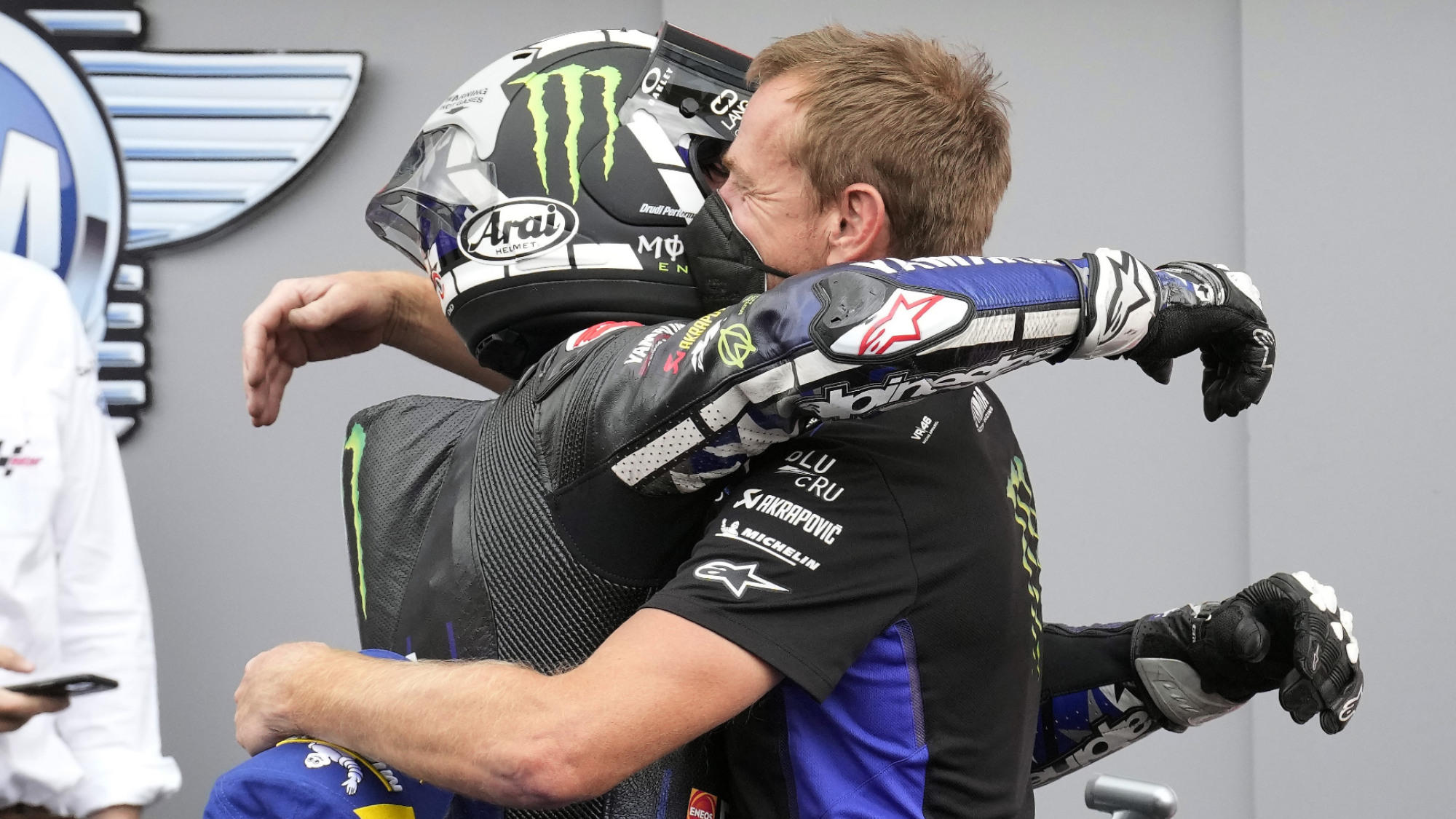 Perhaps a change of team will help. Maybe he will feel more at home in a Latin team – like Aprilia – which may somehow find a way to unlock his talent every race weekend, rather than two or three times a year.

Yesterday Viñales denied he’s negotiating with Aprilia, although that might be explained by clauses in his contract that forbid him from talking with rival employers until the final months of his current deal.

Viñales’ tribulations remind me in some ways of world champion John Kocinski, who had a tempestuous relationship with many teams.

During the hugely talented American’s nine years in grands prix he rode for five outfits – Team Roberts Yamaha, Tech 3 Suzuki, Cagiva, Pons Honda and Kanemoto Honda – and during his two seasons in World Superbike he rode for two squads – the factory Ducati and Honda teams.

Most team personnel struggled to cope with Kocinski. I worked with him at Team Roberts and he was incredibly difficult. And unlike Viñales he wasn’t friendly or humble. “I’m gonna ride that c**ksucker like a real mother**ker,” he used to tell me of his YZR500. And “If you ain’t American you ain’t shit.”

“John had some quirks, like we all do,” remembers ‘King’ Kenny Roberts, who brought the youngster into GPs in the late 1980s. “Without any pressure he wasn’t a problem, but when there was pressure, things started to go sideways. That’s when everybody’s hidden demons come out. We had a therapist working with him, trying to help…”

When Roberts let Kocinski go at the end of 1992 he was signed by Suzuki to ride its RGV250, run by the French Tech 3 squad.

“I never understood John,” says Tech 3 owner Herve Poncharal. “The Team Roberts guys told me, ‘You don’t know what’s going to happen to you when John arrives – you can’t even imagine’. But you always think you can do something. I thought I’d be able to give him what he wasn’t getting at Team Roberts, but it was a nightmare. 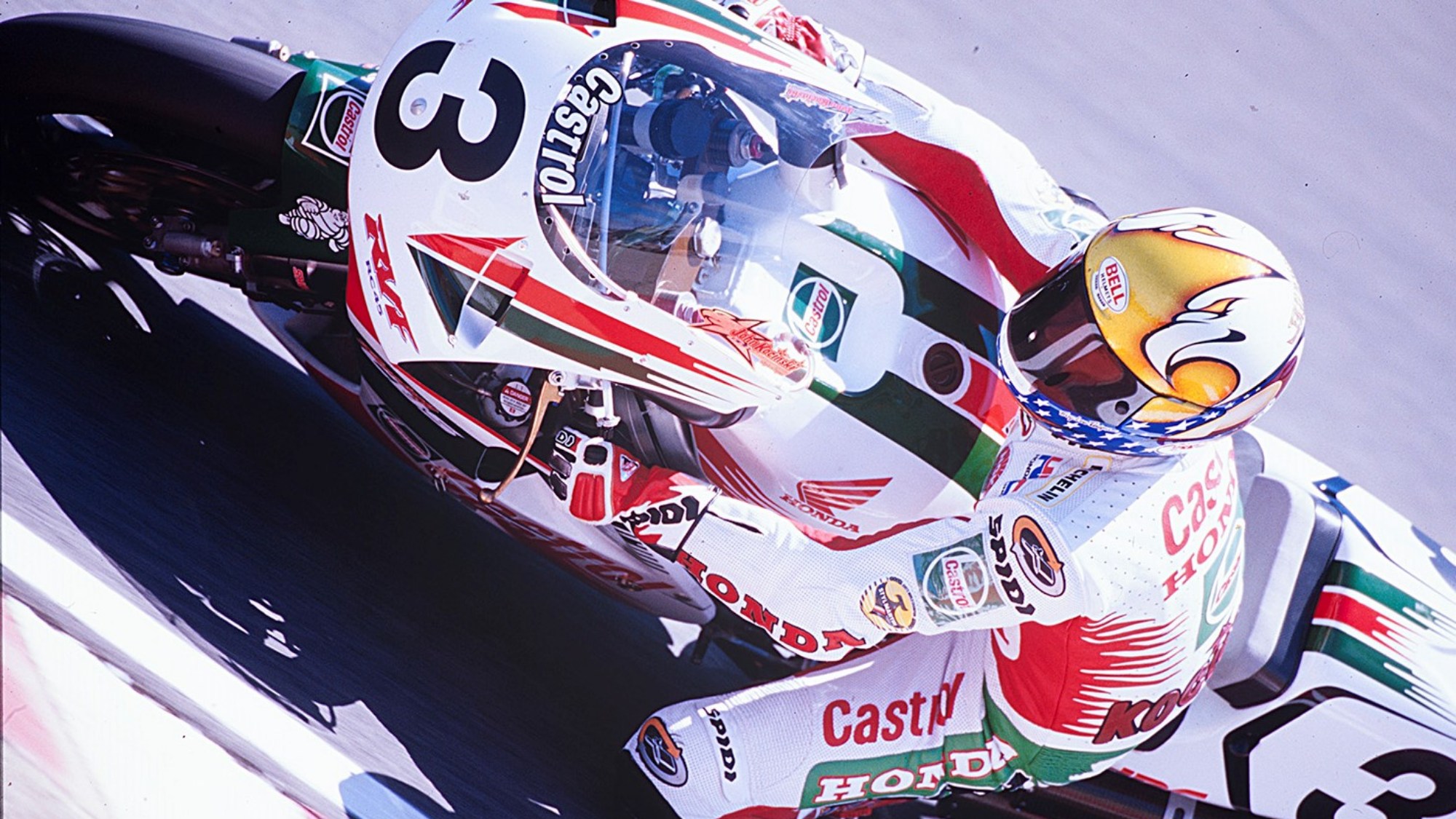 “My mistake was that I thought John needed someone close to him. When we started working together I was ready to treat him like a brother. I understood he had some problems, so I was ready to protect him, to give him what he hadn’t been getting elsewhere. But he didn’t want that, he didn’t want to be that close, he wanted some space.”

Tech 3 sacked Kocinski, funnily enough, at Assen in 1993, for destroying the engine of his RGV250 during the slowdown lap.

He was immediately snapped up by Cagiva. Kocinski and the C594 (Aprilia engineer Romano Albesiano’s first job in MotoGP) won the first GP of 1994 to lead the 500cc championship but things soon went sideways.

“Kocinski was a strange person with a lot of maniacal feelings,” recalls Cagiva team boss Riccardo Rosa. “He didn’t want anything ‘unlucky’ on the bike. His performance was linked to his emotions.”

In 1997, seven years after he had won the 250cc world title for Team Roberts, Kocinski won the World Superbike title aboard Honda’s RC45. Perhaps he was successful in 1997 because Neil Tuxworth was somehow able to get the best out of him.

“John was definitely an unusual individual,” recalls Honda’s WSB team manager Neil Tuxworth. “When Honda told me they’d signed him I was very concerned because I’d heard all the horror stories about him wrecking teams and so on. But I liked John and we had a lot of laughs.

“I think he had a lot of issues in his life and he doesn’t trust many people. From some of the stories he told me, I blame Kenny for giving him a hard time.

“I think other teams left him alone away from the garage. Also, John wasn’t very good at organising himself – we’ve all heard the stories of him travelling around the world with just a plastic bag with a pair of shorts, a pair of underpants and a toothbrush in it. I tried to help him in other areas of his life. He appreciated that and we got more out of him as a rider.”

Viñales believes that a different team should be able to get more out of him.

Maybe a change of scenery will fix Viñales and maybe next year he will be a different man for all kinds of reasons. After all, revenge is a great focus…