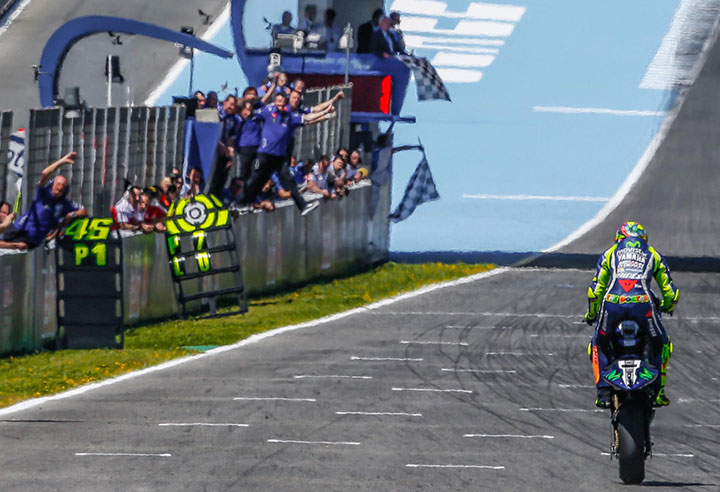 The drive from Malaga airport to Jerez takes you past miles of fading apartment blocks built before the financial crisis. They stand empty, a blot on an otherwise beautiful landscape. After 45 minutes the soon-to-be-derelict buildings give way to empty, rolling Andalucían hills. The traffic thins as the motorway tolls begin and if you didn’t know it already you’d have no idea there was a MotoGP round under 50km away. That is until you chance upon an aging Tata Safari struggling up one of the never-ending hills with the number 46 emblazoned on the spare wheel cover. Smoke pouring from its exhaust; the two passengers are in animated conversation oblivious to the rented Kia Picanto passing them.

Jorge Lorenzo, Marc Marquéz, Dani Pedrosa, Pol Espargaro, Maverick Viñales, Aleix Espargaro, Hector Barber, Alvaro Bautista and Tito Rabat: Nine MotoGP riders are Spanish, 42 per cent of the grid. Yet here we are in deepest Spain and it’s the number 46 of Valentino Rossi you see. At the track it’s the same – bright yellow t-shirts and flags dominate the grandstands in amongst those of the Marquéz and Lorenzo fans. When Rossi put his Yamaha on pole on Saturday the grandstands erupted. Not being near a screen I presumed it was either Marquéz or Lorenzo who had the crowd on its feet. Asked if he heard the cheer Rossi seemed genuinely oblivious. “We have plugs so hear nothing…”

Getting an audience with Valentino Rossi is not the work of a moment. Five weeks of planning and liaising with Yamaha who, more recently, has been a little preoccupied with its other rider leaving at the end of the year, finally came to a head at 4.30pm on Friday afternoon. Of course, what we didn’t know at the time was what would happen come Sunday afternoon… 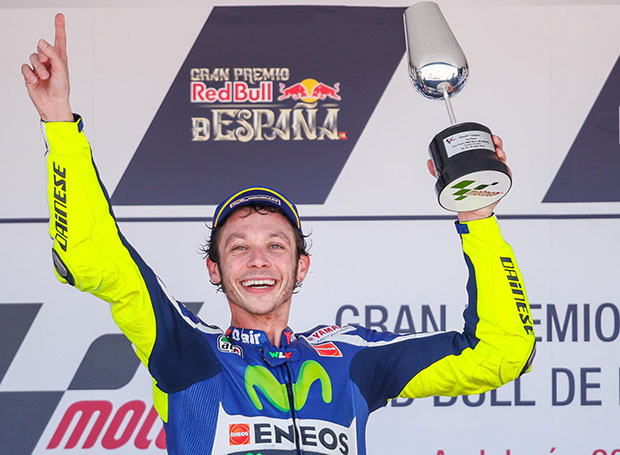 Rossi is due for his usual post-practice debrief in front of the media and we’re told that we have a slot afterwards. “He likes to take coffee after the debrief,” Mat Oxley and I are told so we sit and wait. “He’s ready. Are you ready?” Yes, we are. We stand and wait. And wait. Then two minutes later we’re asked again: “Are you ready?” Yes, still ready. He appears from behind a screen at the back of the Yamaha hospitality unit with a broad grin across his face. “Ciao,” he says, eyeing us both, still smiling.

Rossi’s success is well documented. A rough calculation of world championship trophies brings you to a number over 210, which consists of 113 winner’s trophies and 101 for other podiums. There are also the nine world championships and the numerous other awards such as the Laureus World Sports Award (“which is quite important I think”). That being so he’s not one to feature in gossip magazines, not one to seek the limelight away from the track. He turns up for a race and then seemingly disappears. It’s amazing he has transcended the sport like he has. We have a strict time slot and we immediately delve into his past – his greatest race, his greatest rivals and how he still motivates himself after 21 years as a professional sportsman. We rewind 12 years to the South African Grand Prix in 2004. Rossi quit Honda at the end of 2003 and went to struggling Yamaha. The year before Yamaha’s best rider Carlos Checa only managed three fourth places and, despite the Japanese manufacturer introducing the ‘big bang’ engine for 2004, the odds were stacked against the already five-time world champion. No rider had ever won back-to-back races on different bikes and only three had won-back-to-back world championships. 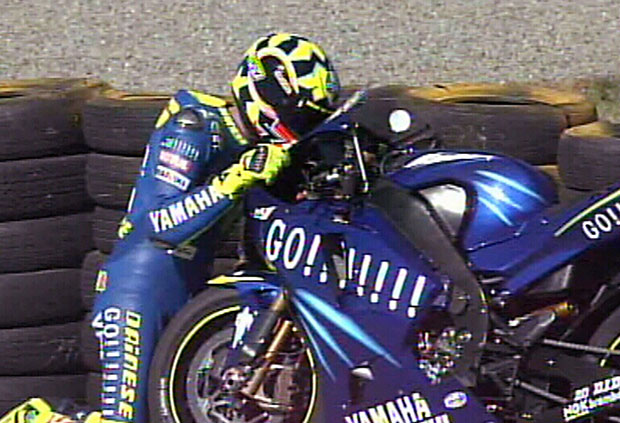 “For me,” he explained, “I have five or six races that are as important. But Welkom 2004 sits a little bit above.” Rossi arrived at the first race of the season in South Africa on the new Yamaha, put it on pole and then won the race. The next best Yamaha rider was Norifumi Abe in ninth place, 36 seconds back. “It is a little bit above because it was a great race and so important and something unforgettable. It is number one. “I have had a lot of tough rivals,” he goes on. “The toughest are the last ones – Lorenzo, Marquéz and also Stoner because they are so fast. Also in the past I had a great rivalry with Biaggi, Gibernau, Capirossi… “At the beginning you race for the trophy, also the money is very important for everybody. For me now it is just the taste of the victory, or the feeling I have when I make a good practice, or I make the front row, the podium or I make a good race. What I feel, the two or three hours after the race, [I do it] just for that. Also riding the motorcycle, working with the team…”

The making of Valentino Rossi by Mat Oxley

Surely it gets harder? “No. Allora…” he pauses. “There are some different phases of my career and the Ducati was the worst one, but after also 2013 it was very difficult because of coming back to Yamaha. A good start, but afterwards not what I expect, but from 2014, 2015 and this year I feel the same. It is already hard enough. If it becomes harder I am finished. I am fucked!” Forty-six hours later the nine-time world champion is back on the top step of the MotoGP podium for the first time since Silverstone last year. One person described his ride as a lesson in how to do a Lorenzo: Rossi uncharacteristically got a great start and bar a quick change of places with his team-mate, he went on unchallenged to draw out a two-second advantage which he more or less kept until the chequered flag.

His first win in Jerez was 19 years ago and when reminded of this he replied after the race: “It is much more difficult now! It is more effort, more draining, but I think you can race in MotoGP at 40 years old. The difference is the motivation, what you feel. If you want to try to win, to try to continue, it is more difficult for sure. Twenty years ago it was more easy to make everything, but I feel not so bad…” As Rossi crossed the line the crowd, of course, went wild. Usually the race we saw on Sunday would have been called a procession, but with Valentino Rossi leading it? Not many in Jerez cared.