MotoGP dodged a bullet yesterday. The Franco Morbidelli/Johann Zarco collision was a 190mph racing incident that quickly turned into an airplane crash.

The fact that Morbidelli’s flying Yamaha and Zarco’s disintegrating Ducati didn’t hurt anyone was pure luck. Valentino Rossi and Maverick Viñales were just centimetres away from being struck down by Morbidelli’s YZR-M1. It was real lap of the gods stuff and I’ve never seen such a huge accident in more than three decades of watching GP racing.

The ultra-high speed was the thing. This, of course, is the number-one fear of the people in charge of MotoGP – a top-speed accident that causes serious injuries or worse to a bunch of riders. It’s the kind of accident that can happen at any time and if and when it does it will almost certainly change MotoGP forever.

Everyone involved in Sunday’s carnage was incredibly lucky, but in fact not only lucky. The fact that both Morbidelli and Zarco were able to walk – or at least stagger – away was testament to the amazing advances in rider protection in recent decades.

Red Bull Ring’s fastest straight isn’t one of the quickest in the championship, but riders reach top speed – around 195mph/315km/h – as they sweep through the Turn Two kink, at the same time hitting the brakes for the 45mph/75km/h Turn Three. This is a risky, complex procedure, especially when riders are chasing hundredths and thousandths every time they attack this section. It’s also thrilling to watch.

“I literally watched Franco’s bike jump straight over his head.”

“It’s a bit dodgy at Turn Two because, if something happens there, it’s possible that the bikes are going to slide into someone at Turn Three,” said Czech GP winner Brad Binder, who finished fourth on Sunday. “It’s not such a problem on the smaller bikes but on a MotoGP bike you’re rolling in there at more than 300 kays and you’re pulling the front brake with 50 degrees of lean angle, so it’s quite normal to tuck the front there, which is quite scary. The runoff is enough – it’s just the problem that anything that happens at Turn Two is going to get people preparing for Turn Three.”

“I have to say Valentino is the luckiest guy in the world – I literally watched Franco’s bike jump straight over his head.”

In some ways Red Bull Ring’s Turns Two and Three aren’t dissimilar to Mugello’s left-handed kink that leads into the track’s right-handed Turn One, because the speed is so huge at both venues that an accident at the kink can cause a much bigger accident at the subsequent corner. The same can happen at Silverstone’s Maggots/Becketts/Chapel sequence.

What to do? Red Bull Ring could extend the catchfence on the inside of Turn Three, which was just too short to contain Zarco’s bike on Sunday, but some riders don’t think this is a good idea, because if they crash at Turn Three they don’t want to end up in the catchfence.

“If you extend the catchfence, imagine what would happens if you run off track at Turn Two – you’d run straight into the catchfence,” said Cal Crutchlow. “As it is, at least you’ve got a chance of going straight. Unfortunately there’s no way around it – we’re in a no-win situation. I know a lot of riders are shocked at what they saw today, but I honestly don’t know what the circuit can do unless they completely change that part of the track.”

Most riders seem more concerned with the lack of runoff on the outside of the track into Turn Three. This has been a talking point since the circuit returned to the championship in 2016, when former world champion Casey Stoner was particularly critical of the situation.

Will either be changed for next weekend’s Styrian GP at the track? We don’t know yet.

All the riders who witnessed the accident told lurid tales of what had happened, most of all Rossi and Viñales, who came closest to disaster.

“It was so scary, terrifying – I think everybody should say a prayer, to whoever they want,” said the nine-time world champion, who was visibly shaken after the accident. “Taking the restart was a very difficult moment. But I think I didn’t have any choice because I don’t want to say ‘Ciao, ciao!’ to everybody and go home. You try not to think, but it’s difficult.”

Viñales actually ducked when he rode through the accident. “I heard a big explosion when Zarco’s bike hit the air fence, so I tried to protect myself because I saw the bike and parts flying all over. Then I gave full gas because I thought maybe they won’t use the red flag. You can’t think about it, because if you think about it you won’t go fast.”

Several riders didn’t want to talk about the accident, because talking about it means thinking about it and rather than unsettle themselves they’d rather pretend it had never happened. This was the same attitude of many GP riders during the deadly 1960s and 1970s.

“I always asked myself, why did he crash?” said Luigi Taveri, who won the 125cc world title in 1962, 1964 and 1966. “I always wanted to understand what had happened [in a fatal accident]. Then I realised I shouldn’t do this anymore – I was thinking about the accidents too much and I felt I wouldn’t get good results. So I said to myself, ‘hey, now stop’. I used some crazy thinking to put it all aside.”

Rossi was the only rider who publicly blamed someone for the accident. He pointed the finger at Zarco, who had used his Ducati’s speed to pass Morbidelli into Turn Two, then drifted in front of the Italian and braked, leaving Morbidelli with nowhere to go. However, it’s important to understand that putting your bike exactly where you want to put it isn’t easy when you’re riding through a 195mph kink and hitting the brakes.

“Now everyone is very aggressive in MotoGP and in the small classes,” said Rossi. “All the riders need to have respect for the other riders because we must not forget that this sport is very dangerous, especially at a track where you have long straights where you often go over 300.

“Now many riders, also in the smaller classes, brake and close the door in the face of other riders. Zarco was very wide, braking in the face of Franco, maybe to stop Franco overtaking him during braking. 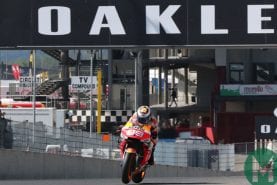 “I spoke with Zarco and he said he didn’t do it on purpose. Aggression is good but braking in the face of another rider at 300 is a potential disaster. In the last few years the level of aggression has increased a lot because everybody tries very hard, which is good, but all the riders must think about this.”

What Rossi didn’t discuss was the reason that MotoGP and the smaller classes have become so aggressive.

During the last ten years the technical rules for MotoGP, Moto2 and Moto3 have been rewritten numerous times to narrow the performance between different machines to make the racing more exciting, to get more fans watching.

These regulations have created the closest racing ever, which we all love to watch. We applaud each time a new record for ultra-close racing is announced. For example, last weekend’s Austrian GP statistics document included the top-ten closest MotoGP top-15 finishes in the 71-year history of grand prix racing – and they’re all from the last three seasons!

Sunday’s Moto3 race had the top 15 covered by 2.6 seconds – the seventh closest in history – after 23 laps of thrilling but very scary action, during which numerous high-speed contacts were made and several riders ran onto the grass at close to top speed as they jostled for position.

“Did you see the Moto3 race?!” asked Crutchlow after completing his own race. “I don’t know how they get through the races. I shouldn’t watch them before my race.” 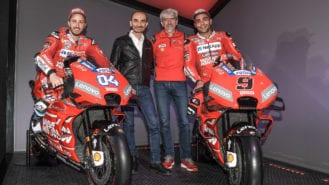 The Dovizioso/Ducati divorce and other MotoGP bust-ups

MotoGP rivals rock and roll when it comes to high-profile splits. But who's the prima donna in the Andrea Dovizioso/Ducati camp? Plus Yamaha's speed woes: 2020 MotoGP Austrian GP Insight part 2

When riders use very similar-performing motorcycles and tyres, they ride very similar lap times, which puts them together on track, lap after lap, which is great for entertainment but has consequences. Not only do riders ride elbow to elbow as a matter of course, they also find it more and more difficult to overtake because all the bikes are so similar on the brakes, through the corners and down the straights. It’s now almost impossible to make a fully clean pass, unless the rider in front makes a mistake.

Obviously this causes riders to take more risks and use more aggression when they are trying to pass each other, so they block pass or worse. In these circumstances it is inevitable that riders will collide with each other and sometimes take each other out.

We can almost always find a rider to blame in such incidents, but we must not forget to blame ourselves for seeking the sensation of this kind of racing. Most fans and followers of the sport love the cut and thrust and the bumping and barging. However, sometimes there is a price to pay. 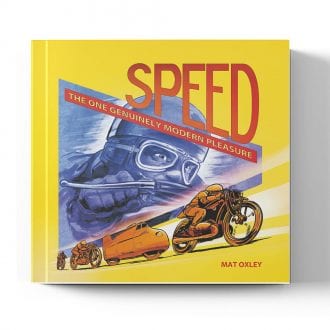