Countries like Qatar and Indonesia are spending vast amounts on MotoGP. So where does that leave the rest of us? 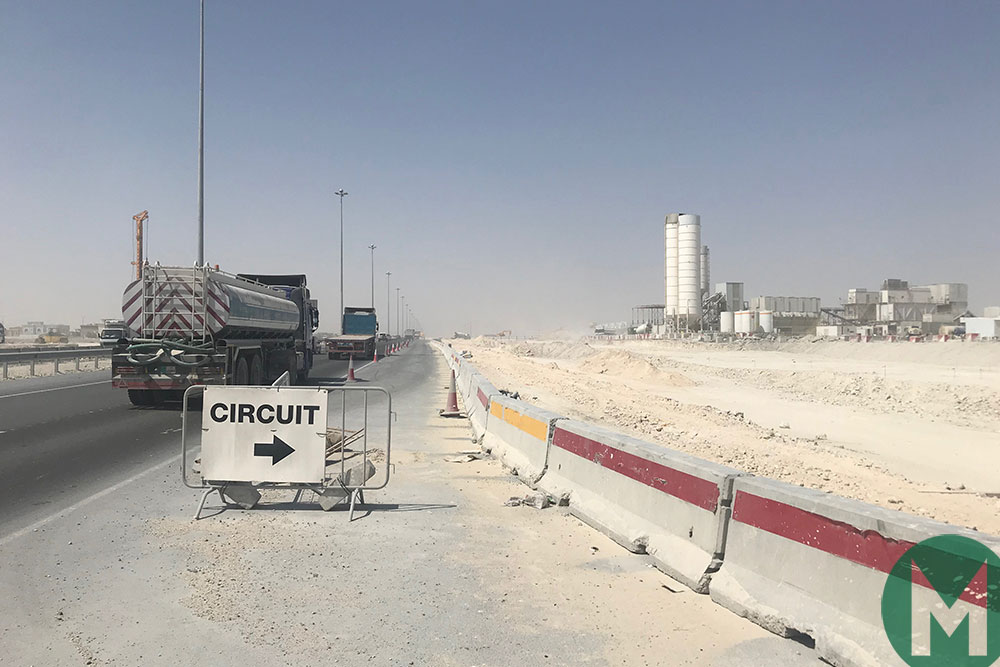 Motorcycle Grand Prix racing celebrates its 70th birthday this year, so perhaps in some way it’s fitting that a championship that began on a dank, grassy rock in the middle of the Irish Sea should commence this historic season in the middle of a burning desert.

The Qatar GP is a surreal event, mostly because it takes place at night-time around a ribbon of asphalt on the edge of the Arabian desert that’s lit by vast floodlights which give the racing the hyper-reality of a videogame.

The post-race scene is similarly weird: we chase the riders through the warren of dusty Portakabins that comprise the Losail paddock and once we have cornered them we question them under the cold, silver glare of TV cameras, while paddock cats, who spend most of their lives killing paddock rats, warily make friends with this sudden influx of human beings.

We are told that Losail’s 5.4 million watt lighting rig could light a road from Doha to Moscow, 3000 miles away. Not long after Losail’s first night race in 2008, when riders complained about dew forming on the asphalt, the promoters suggested installing under-track heating to fix the problem. This year the circuit is due to spend around £150 million on maintenance work and upgrades.

Money is no object in Doha, or in any of the other pearls of the Arabian Gulf: Dubai, Abu Dhabi and Bahrain. A whole new world is growing here, like a burst of supernovas. Doha and Dubai have grown in two decades like London grew over half a millennium. Glittering skyscrapers, palatial malls, spaceship-like football stadiums, vast concrete motorways and intersections appear as if by magic, but in fact via 24/7 digging, drilling and hammering.

Qatar is gearing up for the 2022 football World Cup. There’s never been a nation branding exercise like it and wherever you go around Doha your mind is boggled.

Even Google can’t keep up. I navigate my way around the world obeying the great god that is Google Maps. I fly into Tokyo, type Motegi into my phone and am politely and efficiently guided to the circuit by the nice woman from Google. It’s the same everywhere MotoGP goes; except Qatar, where the great god can’t keep up, because roads that were there last year aren’t this year and roads that weren’t there last year are this year.

On my way to the track on Thursday Mrs Google guided me down several miles of dirt track where I drove through a fog of choking dust, doing battle with convoys of monster construction trucks, taking mountains of aggregate from the desert around the circuit to the building sites of Doha, or rather the building site that is Doha.

It might seem unlikely but there are similarities between the Qatar Grand Prix and the Isle of Man TT. One reason motorcycle racing was brought to Mona’s Isle in 1905 was to attract tourists to the newly built Victorian seaside resort of Douglas. And this year’s Qatar GP was sponsored by the country’s national tourism council. (Good luck with that, when a bottle of beer costs nearly a tenner.)

Qatar isn’t only spending billions at home. Qatari investment funds are buying property and businesses all over the world, including one of MotoGP’s most popular European racetracks.

Indonesia isn’t spending money like Qatar, but plans for its new MotoGP circuit are spectacular. The Mandalika Resort circuit will weave its way through a complex of new hotels on the southern coast of Lombok Island, where 3.5 million Indonesians live. The track will be a street circuit, but not as we know it. Layout and runoff will be like any other modern MotoGP venue, but beyond the gravel traps and asphalt runoff will be hotel balconies as well as grandstands. And between race events the circuit will be open to everyday cars and motorcycles. 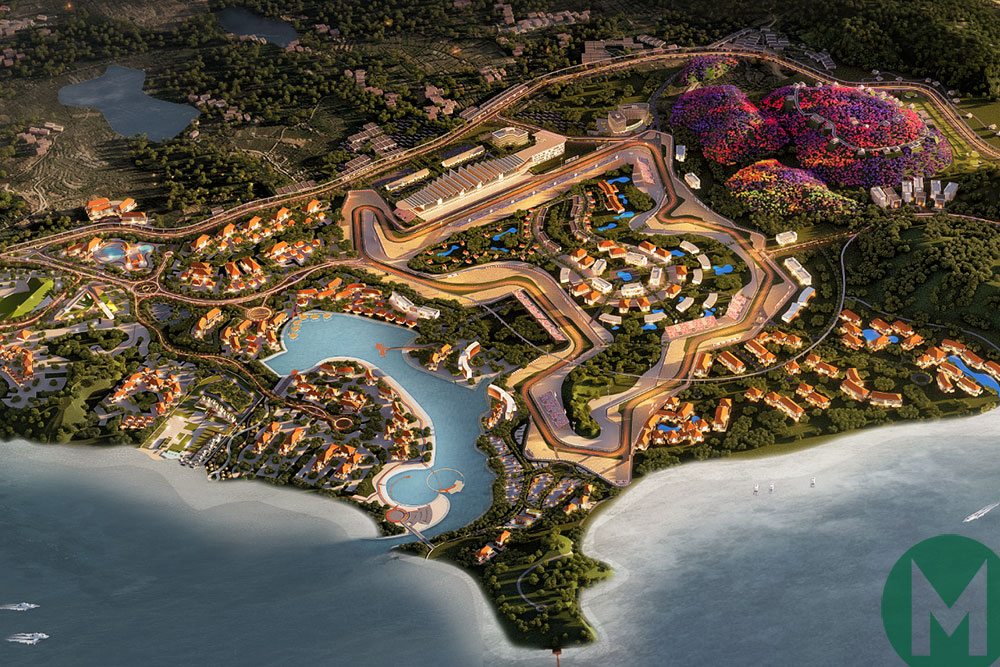 It’s one of those ideas that you can’t help but think: why has no one done this before? True, Abu Dhabi’s £6 billion Yas Marina Formula 1 track loops around and underneath the staggeringly opulent Yas hotel (where a night in a suite will cost you £5000), but Herman Tilke didn’t have motorcycles on his mind when he designed the circuit, so run-off isn’t adequate for MotoGP.

The Mandalika circuit, hotels and infrastructure have yet to be built, but much of the multi-billion investment will come from the Indonesian Tourist Development Corporation. Dorna and the developers have already signed a five-year contract to stage MotoGP and World Superbike events from 2021.

It’s all a far cry from British efforts to host MotoGP races in recent years. The much-hyped Circuit of Wales collapsed before a metre of asphalt had even been laid, while last year’s Silverstone Grand Prix became the first world championship event to be abandoned in almost 40 years due to poor track conditions.

This year’s Silverstone GP, scheduled for 25th August, cannot be confirmed until the track has been resurfaced and homologated. Last week word got out that two car events planned for early June have been cancelled to allow “essential track maintenance”, although we still don’t know if Silverstone will merely fix the worst of the bumps and drainage issues or lay a completely new surface, which Dorna demanded following last year’s aborted event.

“Silverstone has proposed to us some improvements to the tarmac,” said Dorna CEO Carmelo Ezpeleta at Losail. “The circuit is not currently homologated, so it will need to be homologated by the FIM, but we are confident Silverstone will fulfil their proposals.”

This isn’t a good time for any MotoGP venue to be struggling with problems. The championship continues to grow in popularity, with venues across the globe queuing up to have Marc Márquez, Valentino Rossi, Andrea Dovizioso and the rest dancing around on their asphalt.

MotoGP test teams are due to try out Finland’s new KymiRing in August, with the plan for the championship to return to the country next year for the first time since 1982. At Losail there were also rumours of a test at Mexico City’s F1 track, which looks like it would need a total rebuild to make it safe for bikes.

MotoGP started in 1949 with six races. In the 1960s the championship ventured outside Europe for the first time and by 1987 had expanded to 15 events. Last year there were 19 rounds and although Dorna only recently suggested a maximum of 20 races, there’s talk of 21 or even 22 events; although Spain may lose two of its four rounds, with its races alternating between Aragon, Barcelona, Jerez and Valencia.

The object, of course, is to make money. After all, modern international sport is simply part of the entertainment business. Thus MotoGP follows F1’s lead: increase racing and reduce testing, because there’s no profit in testing. That’s why this year’s preseason was the shortest ever, with just two three-day tests.

Adding more and more events to the calendar means more and more money but also more and more time away from home for the few thousand workers in the paddock. Team staff already spend much of the year on the road, which strains family relationships, but on the other hand they are all (supposedly) living the dream. And if you don’t want to be a rider, a mechanic or a team cook, there will be plenty of people delighted to take your place.

The other issue with continually expanding the calendar is the health of the riders. Most MotoGP riders crash quite a lot because the racing in all three classes is so competitive that anyone unprepared to push past the limit may as well go home. The championship’s circuits are very safe and the latest riding gear offers amazing protection, but nearly all the riders get hurt during the season and the longer the season the more they get hurt. That’s why at the end of each championship riders now queue up outside operating theatres to get themselves patched up.

MotoGP is a soaraway success, but it shouldn’t get ahead of itself.