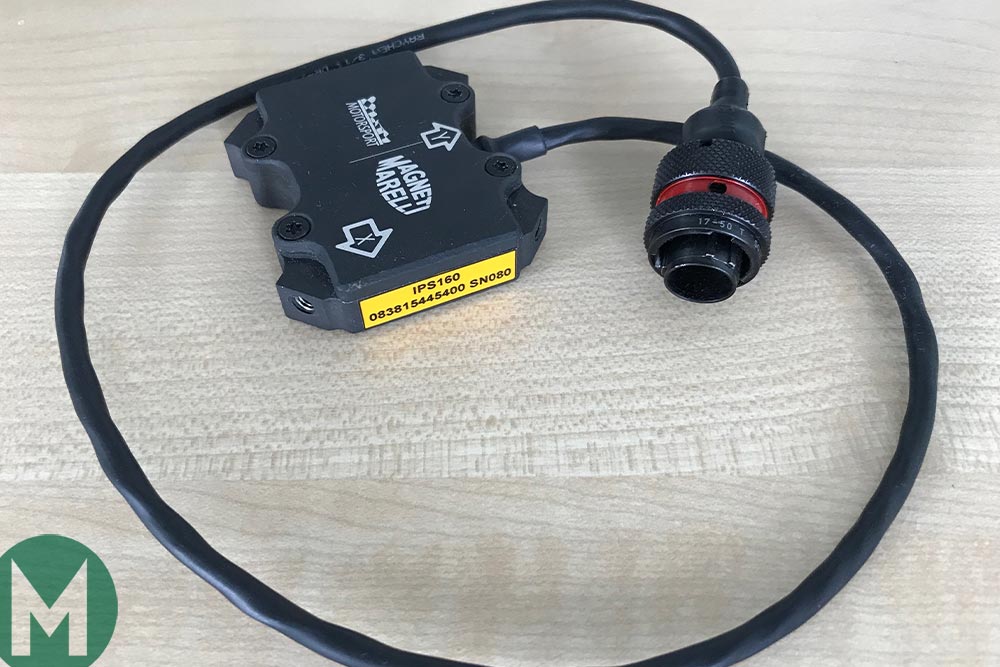 When Dorna announced last season that it would introduce a control IMU (inertial measurement unit) to complete MotoGP’s unified electronics system many conspiracy theorists insisted here was proof that some factories were cheating with their own IMUs.

The theory went that the introduction of a unified IMU for the 2019 season would dramatically change the performance gap between the factories, thus proving which factories had been cheating with their IMUs and which hadn’t.

Most teams used the prescribed Magneti Marelli IPS160 during November’s postseason tests, but Sepang was the first compulsory test with the unit, which is a doubled-up (so-called redundant) system with two sets of three accelerometers and three gyros, measuring 55mm x 51mm x 13mm. And was there a dramatic transformation in relative performance between the different machines at Sepang? No, the status quo remains unchanged.

But beating the cheats wasn’t the primary point of Dorna’s latest electronics regulation.

“The real benefit of the unified IMU is that it stops arguments and discussions, more than stopping actual cheating,” said Dorna’s director of technology Corrado Cecchinelli at Sepang. “The second benefit is that having a unified IMU will stop teams spending money developing crazy IMUs that wouldn’t really have any benefit.”

Although Cecchinelli doesn’t believe any factories were rigging their IMUs to improve electronics performance (is he being honest or diplomatic?) he does know how they might have cheated.

“There was a way of cheating with proprietary IMUs, because an IMU has a logic board, so if you wanted you could add strategies on top of the IMU’s own strategies. That would’ve been cheating!

“Ninety-nine per cent of the purpose of an IMU is to calculate the lean angle and then deliver that number to a number of strategies. Let’s say you are working on your traction control and you add an alteration to the lean angle number based on other factors; then you are adding an extra strategy to the system. Maybe you add one or two per cent to the lean angle number each lap during the race, then you have a sort of traction control that changes every lap as the race goes on. So you can cheat with a free IMU!”

Cecchinelli insists the Magneti IMU (also compulsory in Moto2) is as good as any proprietary IMUs used by the factories before 2019. Some features have been added to the IPS160’s firmware according to suggestions from all the manufacturers, including self-diagnostics and sensor-zeroing. MotoGP sensors remain a free choice for teams, but they must be declared, approved and registered by technical director Danny Aldridge.” 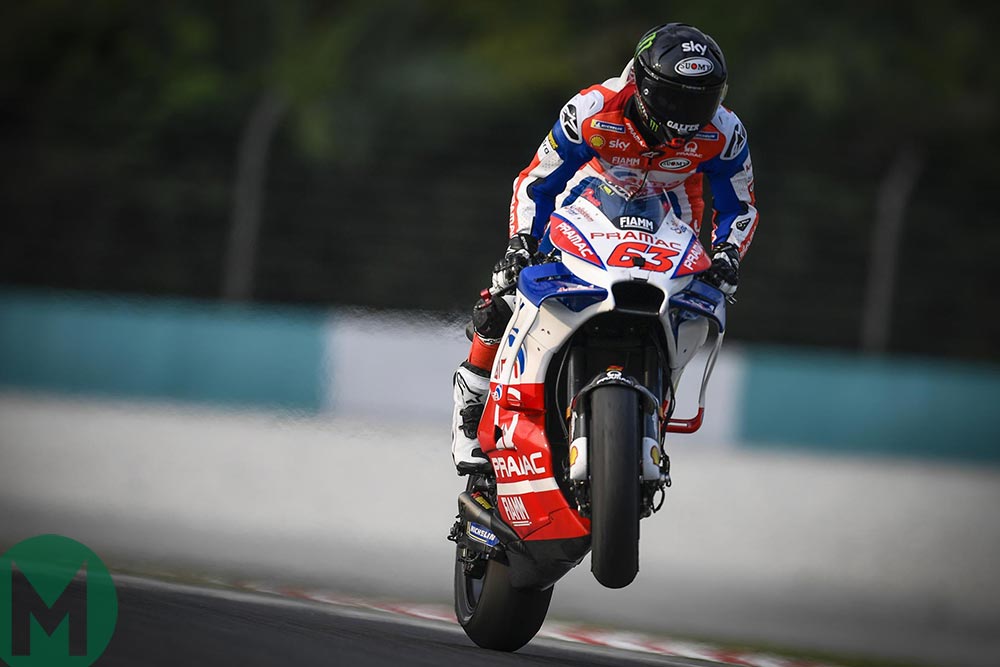 MotoGP’s other main control supplier – Michelin – is making fewer changes than ever for the new season.

Changing tyres has a bigger effect in motorcycle racing than anything else.

“We spoke to the teams, the riders and Dorna, who all asked us to keep everything stable, so our front and rear tyres will have the same construction and profile, because changes in this area usually require the factories to change geometry, redesign chassis, everything,” said Michelin’s MotoGP manager Piero Taramasso.

However, there will be some compound tuning. During last season a pattern emerged at several races in which the fastest riders circulated in a group, riding specifically to avoid overusing their tyres, then using all the grip they’d saved in a mad dash during the final few laps.

“Last year we generally went softer with our rear compounds for more grip but the tyres gave less consistency, so now we are working on new rear compounds,” added Taramasso.

“This year the goal is to have the same or better grip, but with more consistency, so the tyres are easy to use and the riders can push all the time.”

Michelin has also tested a new front slick, with a compound between last year’s hard and medium fronts. “The idea is to have the strength of the hard compound with the feeling of the medium. Already several riders have tried this tyre and they like it because it’s easier to use and more accessible for most riders.”

Next year Michelin will have a new front and rear slicks – with the aim of better front feeling and improved rear grip.