There are few big-time sports crueller than motorcycle racing. So why do we do it?

What makes motorcycle racing different from most sports is that each time a rider goes out on track he or she knows that the worst can happen. Literally. Thus they constantly fight that inner battle of putting themselves in the line of fire.

But why? Because that’s who they are. If anyone ever tells you that bike racers are mad just tell them that most racers would be madder without that regular Sunday-afternoon primal-scream therapy.

Perhaps surprisingly, many artists feel the same about their work – doing what you do can save you from yourself. As singer-songwriter Sinead O’Connor says, “The only reason to make an album is because you’ll go crazy if you don’t”.

“That slight bit of fear that keeps you interested. It gets your heart racing, it gets your blood pumping.”

Hollywood star and talented bike racer Steve McQueen had his own way of saying this: “twisting the tiger’s tail”. In other words, you anger the tiger, you ask for trouble and then you use everything you’ve got to get out of there.

The fun is in the escape – taking all kinds of risks during the race, and dealing with those risks better than anyone else, then glowing in the sense of relief and achievement after the chequered flag.

Shortly after Moto2 rider Shoya Tomizawa lost his life at Misano in September 2010 I asked Casey Stoner for his thoughts on the risks of his job.

“Motorcycle racing isn’t a completely safe sport, so it’s something we live with,” he said. “It’s bad to say it, but it’s part of what gives you the adrenalin rush, it’s part of why we love to do it, because it gets your heart racing, it gets your blood pumping. It’s that slight bit of fear that keeps you interested.

There was the full spectrum of feelings after yesterday’s MotoGP race at Mugello, usually one of the most joyous weekends of the year because it’s a super-fast, challenging track where riders get to twist the tiger’s tail more than anywhere else. 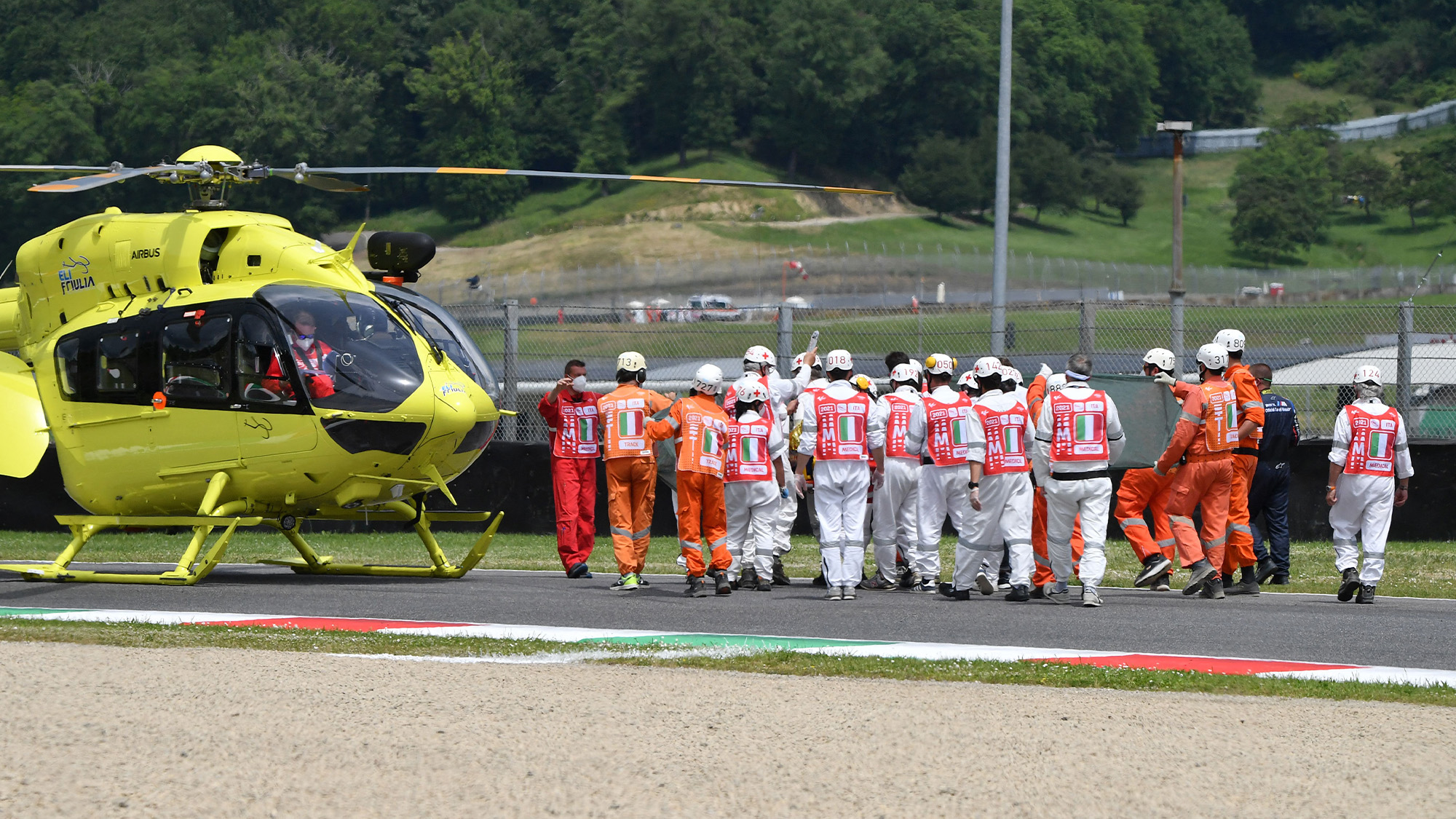 Pecco Bagnaia was adamant that the MotoGP race shouldn’t have gone ahead. Danilo Petrucci said he felt “dirty” racing in the aftermath of Jason Dupasquier’s passing following an accident in Moto3 qualifying, with no rider meeting to discuss the ethics of the situation: to race or not to race?

On the other hand Jack Miller and others wanted to race, even though they were as emotionally traumatised as anyone else on the grid. “It’s what we love doing, it’s the one thing we’re good at,” said the Australian.

But if the show must go on, should it have gone on right after riders had said a teary, lip-biting farewell to their brother on the grid, their heads still swimming with emotion as they hurtled towards Turn One at 200mph? 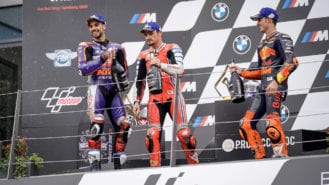 Surely that was a mistake? The next time this happens – and sadly there will be a next time – the minute’s silence should be held after the race, in place of the podium ceremony. If the riders want to race.

However, the biggest concern is that Dupasquier is MotoGP’s fourth fatality in ten and a half seasons, a sobering rate of roughly one death every two and a half years. The previous three riders to die in grands prix were Luis Salom, at the 2016 Catalan GP, Marco Simoncelli, at Sepang in 2011, and Tomizawa.

During the 16 years before Tomizawa’s passing there was one fatality – Daijoro Kato at Suzuki in 2003.

The last time there were so many deaths was in the early 1980s, when primary safety (motorcycles and racetracks) and secondary safety (riding gear and medical back-up) were infinitely worse than they are now.

MotoGP has never been safer, so why all the fatalities?

Tomizawa, Simoncelli and Dupasquier all lost their lives in similar circumstances – they suffered what should’ve been relatively innocuous falls, only to be hit by following riders.

This is what happens when the racing gets closer and closer. Now the machinery is so equal that riders circulate in packs, within centimetres of each other.

And why is the machinery so equal? Because you and I are more likely to turn on our TVs to watch a multi-rider brawl than a tedious procession, so the technical regulations have been written to create that kind of racing. So we are all to blame, or rather the human condition and its desire for excitement is to blame. 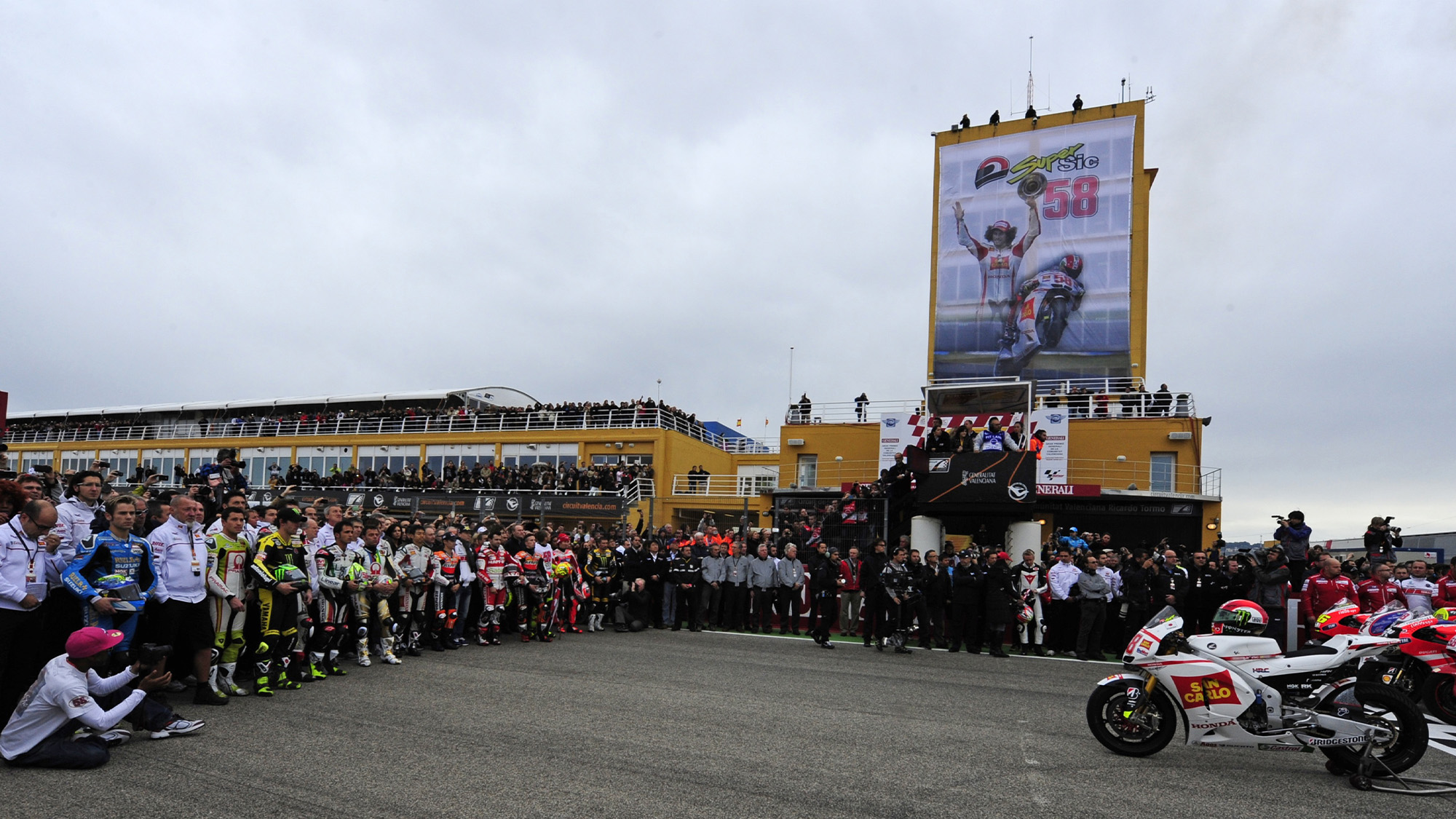 Moto3 offers the closest racing of all – huge swarms of riders ducking and diving, unable to get away from each other because all the bikes have the same performance. Many fans get a huge thrill watching a dozen or more Moto3 riders swapping positions at every corner, sometimes millimetres apart, other times locking knees, elbows and handlebars.

As fans of racing we sit there mesmerised – how is it possible that they avert disaster, time after time? But I’ve been saying it for several years: it’s only a matter of time before someone goes down in the middle of a Moto3 group and the riders immediately behind are unable to take avoiding action.

This could’ve happened many times at the end of the start/finish straight during this year’s second Moto3 race at Losail, during which 16 riders were jumping into and out of each other’s slipstreams, flat-out in sixth gear. Instead Dupasquier crashed at the top of the hill at Arrabbiata 2 in the final moments of Q2. 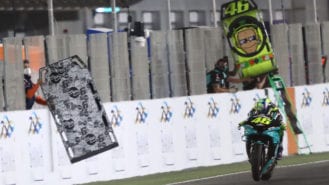 The problem of course is that little can be done to protect riders in these circumstances. Riders cannot be encased in armour because they need to move around the motorcycle. The latest helmets, plus leathers with airbags and armoured sections offer riders much better protection than they’ve ever had, but what can you do to protect yourself from a motorcycle travelling towards you at 100mph?

Dorna has been in MotoGP since 1992 and has played a part in every safety improvement. Most importantly, from the very start Dorna gave the riders and teams a veto of where they race – if they decide a track is too dangerous there’ll be no race there. This was a fundamental change from the previous regime. As a result several circuits quickly disappeared from the championship.

And when fatalities happened Dorna reacted immediately. At Jerez in 1993 Nobuyuki Wakai was killed when a paddock guest (without the correct credentials), ran across pit lane to stand on the pit wall. Following that accident pit lane security was significantly tightened. And ten years later when Kato died at Suzuka the circuit was immediately removed from the championship.

It’s hard to know what Dorna can do to improve the current situation. Race direction and the FIM stewards reprimand riders who ride dangerously. But racing is dangerous, however safely you do it.

And how do you control a bunch of youngsters pinging on adrenalin, all of them convinced it will never happen to them?

Take the start of yesterday’s Moto3 race. The 28 riders lined up on the grid fully aware that one of their own was fighting for his life and yet by halfway through the first lap six of them had crashed out.

Motor Sport magazine would like to send its deepest condolences to Jason Dupasquier’s family, team and loved ones.