Some experts tipped Johann Zarco to challenge for this year’s MotoGP crown. So what has become of him? Best ask Tech 3 boss Hervé Poncharal… 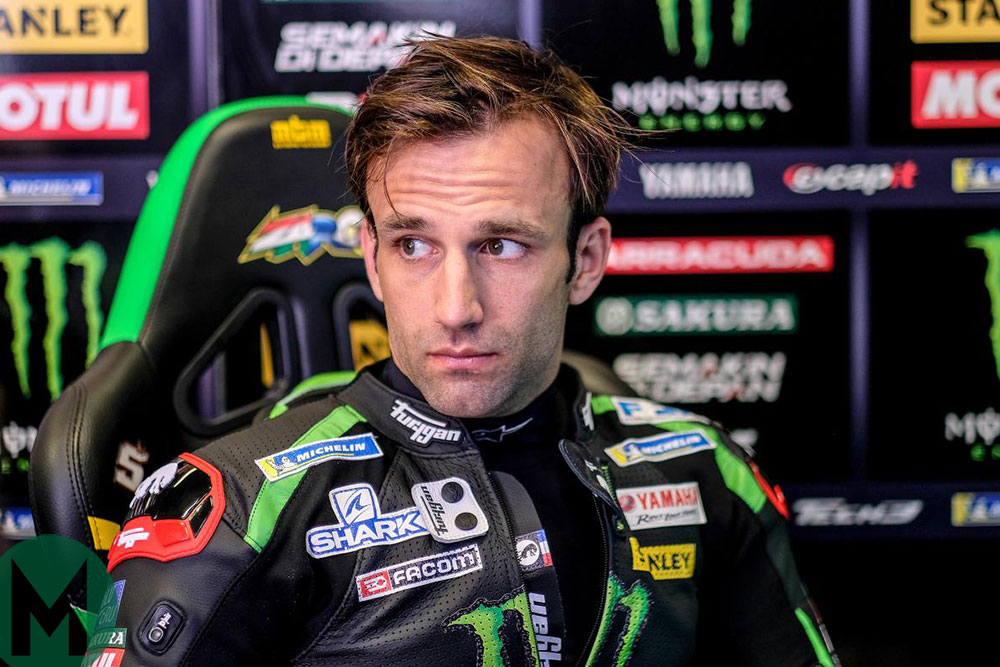 It’s time to examine the strange case of Johann Zarco. Last year the French rookie bulldozed his way into our hearts by bruising egos, ruffling leathers and almost sawing Marc Márquez’s seat unit in half at Phillip Island. And all this on a second-hand motorcycle that wasn’t particularly adored by its previous owners.

No wonder the Frenchman was tipped to challenge for the 2018 MotoGP title. And he did, at least for the first few races. The 27-year-old qualified on pole in Qatar and led the race until he ran out of front grip. Two weeks later, he missed out on his first MotoGP victory by two-tenths of a second and another two weeks later he finished on the podium at Jerez. France was agog with excitement. More than 100,000 fans turned up at Le Mans to see him win. And he might have done if he hadn’t crashed out.

Since then it’s been all downhill. At the last four races, Zarco hasn’t finished in the top six, let alone fought for the podium. So what’s up: is it the bike or is the rider?

The psyche of a motorcycle racer is a very fragile thing. Or at least, it can be. It takes a very special person to willingly crawl into the lion’s mouth, week after week, fully aware of how it may end.

Motorcycle racing is a cruel and pitiless master, to which you must submit everything: your mind, your body and your soul. Some racers, like Mick Doohan and Marc Márquez, have that ability to perform at the absolute limit, week in, week out, without wavering. But other racers are more fragile. Something can happen at the track, something can happen at home, and the spell is broken. Your talent is still there, your will to win is still there, but that final link in the chain is missing. You may only lose a tenth of a second, but that’s all it takes to go from hero to zero. And that’s where Zarco is right now.

Last year, BT Sport commentator Julian Ryder called Zarco a warrior monk. This perfectly described the former Moto2 champion’s austere approach to racing. There was no one less flashy on the MotoGP grid: no trick hairstyle, no tattoos, no fancy cars, none of that stuff. This approach, which had been taught by his mentor Laurent Fellon, worked brilliantly and impressed the hell out of team owner Hervé Poncharal.

“Johann isn’t a bling-bling guy,” Poncharal told me last winter. “He doesn’t care about five-star hotels and flashy cars. He is humble, but he believes he can win.”

Maybe this is what’s changed. Zarco’s speed made him a national hero, so his life has been transformed over the past year or so. He’s been besieged by fans, by the media and by companies that seek to sell stuff off the back of his success. In recent months he has fallen out with Fellon, found love and moved back to the south of France with his girlfriend to enjoy the fruits of his success. He has left his monk-like existence far behind and also Fellon, who hasn’t even turned up at the last few races.

Fellon and Zarco were constant companions, like father and son, and now they have gone their separate ways, like many fathers and sons.

A decade or so ago the teenage Zarco left his parents, loaded up his scooter and rode several hundred miles to live with the Fellon family. The former racer became Zarco’s mentor, manager, coach and trackside spotter. Fellon moulded his protégé into the perfect racer: cool, calm, hard-working, 100 per cent dedicated and single.

The youngster remained undistracted by the temptations of a rock-and-roll racing lifestyle and got on with his job, rising through the ranks of 125s and Moto2. Now, without Fellon to keep him on the straight and narrow, he seems to have lost that link, that vital tenth of a second.

Zarco wouldn’t be the first racer to be seduced by the siren call of the sweet life – that momentous realisation that it’s much nicer hanging out on the beach with a good woman than risking your life at 200mph with a bunch of axe murderers.

Poncharal isn’t impressed and he doesn’t hold back. The 61-year-old, who has worked in GPs for more than 30 years, is used to being a pit-lane shrink, trying to coax the most from his riders’ psyches. At the Sachsenring, he lost patience with Zarco, who seemed to blame his suspension technician for his recent lack of top results.

“Human beings are strange and can be difficult to understand,” says Poncharal. “For sure there is an alchemy in every racer’s brain, which can be an incredibly fragile thing. Someone told me Johann was pointing the finger at his suspension technician, but this is the same technician that helped him get pole position and podiums, so this is bullshit.

“Johann is a different guy now – more difficult to handle. We try to help, but… Last year he never complained about the bike, about the fact that we didn’t get the development parts the factory team got. But now he’s started. I think this shows some weakness.

“We are a satellite team and I’ve had many riders like Cal [Crutchlow], Pol [Espargaró], Bradley [Smith] and Ben [Spies] who all said at some point, ‘ah, we haven’t got these parts and now we are behind.’ Zarco never did that last year or at the beginning of this year. He told me, ‘don’t worry, what I have is good enough to win.’

“Since Mugello, the complaints started, even though the situation is nothing catastrophic. In Germany, he missed going into Q2 by 0.087 seconds, so it’s not a disaster!”

Poncharal believes that Zarco has lost his focus on racing and that his crash at Le Mans was his final undoing.

“Last year he was a rookie, so when his results went down during the same part of the season it wasn’t a huge problem for him. But this year it’s different. He was beating all the factory Yamaha guys and now he isn’t, so it’s a bit of a problem for him.

“Johann always worked at getting the maximum result at races, but at Le Mans this year he wanted to win so much that it became like a holy mission, so maybe he lost his usual strategy. When he crashed out of that race I knew immediately that this would be more than just another crash.

“He’s started to become the French cock [as in, cockerels]. He has become proud and now the proud cock is a bit upset because he still wants to be the cock but he sees the others beating him.

The history of motorcycle racing is littered with broken talents – riders who could ride a motorcycle faster than just about anyone but somehow got distracted, lost interest, or became scared of hurting themselves. It seems that Zarco had become distracted. It’s now up to him whether or not he turns his back on the high life, or learns to live that life without losing his racing focus.

Pit Beirer and everyone else at KTM will be taking a special interest in the Frenchman over the next few months. Hopefully the old Zarco will be back; he will get a grip on himself and learn to compartmentalise racing and his private life. The greatest racers are nearly always the ones who fight back from injury or adversity.