In light (no pun intended) of Mat’s recent piece on Rossi’s weight advantage (which you can read here) we’ve decided to publish this magazine piece, which is taken from the May edition of Motor Sport (available here).

Some years ago I interviewed three of motorcycle racing’s biggest losers; a catchy, rather unfair way to describe riders who had time and again come tantalisingly close to world title glory but never got the cigar. 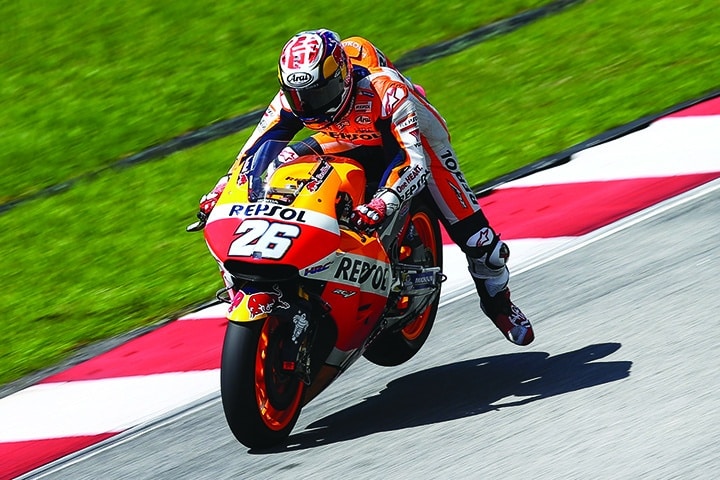 They were Randy Mamola, four-time runner up in the 500cc world championship, Aaron Slight, several-time world superbike runner-up and Ralf Waldmann, twice runner-up in the 250cc world championship. Each of the interviews was very emotional, as I opened old wounds that the riders had presumed healed. Worst of all was Waldmann, who I brought to the brink of tears as he recalled the anguish of losing the 1997 250 title at the last gasp.

Now there is a new king of the losers, a rider who has relieved Mamola of that unwanted crown worn by the poor soul who has won the most premier-class Grands Prix without ever claiming the title. His name is Dani Pedrosa. Over the past nine seasons Pedrosa has finished the MotoGP championship on three occasions each in second, third and fourth places. He has won 30 premier-class GPs – more than legends such as Kevin Schwantz and Barry Sheene – but the title has always eluded him.

Pedrosa graduated to MotoGP in 2006 after winning three consecutive titles in the 125 and 250cc classes. MotoGP success seemed inevitable, especially since he had (and still has) the full force of Honda behind him.

There are a few reasons why the diminutive Spaniard hasn’t gone all the way. His size – all 51kg and 160cm of him – is one of them.

When Pedrosa arrived in MotoGP, some people argued that a combined bike/rider minimum-weight limit was needed to counter his advantages of low weight and better aerodynamics. In fact the 30-year-old’s MotoGP career has helped convince rule makers that it would be unfair to impose a combined minimum weight. Quite simply, Dani Boy is too petite to make the most of his talent on a MotoGP bike – his slightness helps in a straight line, but is otherwise a handicap.

MotoGP riders need to load their tyres to generate heat and to deform the carcass to expand the contact patch. Pedrosa weighs a lot less than his rivals, cannot load the rear tyre like they can and so has less corner-exit traction, which negates any straight-line advantage he might enjoy.

Pedrosa is also much shorter than most, so cannot move around the bike to transfer load from front to back or left to right. Neither does he have the leverage in his limbs to work the handlebars and footrests as others do. Several rivals think Pedrosa would already have won the title if he had a wee bit more avoirdupois.

From the website: “Márquez and Pedrosa clash at Arago” by Mat Oxley (Oct 2013)

Over the past three seasons he has lived in the shadow of Repsol Honda team-mate Marc Márquez, who stunned everyone with his wild, winning ways in 2013 and 2014. Pedrosa has tried to learn from the youngster, but there’s only so much he can do to duplicate Márquez’s antics. “I’ve tried to learn what I can learn from Marc, but his riding is super physical, and you have to be very strong for that. I’m fit, but I’m quite a bit smaller. Being bigger would be helpful, but there’s nothing I can do about that, so it’s better not to think about it.”

The other problems that have worked against Pedrosa are machinery development problems and appalling luck.

From 2007 to midway through 2010 Honda was in a hole. “Even the beginning of 2010 was a nightmare – the bike wouldn’t even go straight on the straights,” he says. When Honda did build a winner, Pedrosa’s bad luck kicked in. And it’s not left him since.

In October 2010 he was reeling in points leader Jorge Lorenzo when a jammed throttle threw him off. He sustained a smashed left collarbone. In 2011 he was again catching leader Lorenzo when he was in collision with Marco Simoncelli and broke the other collarbone. In 2012 he was in the midst of a storming run of victories, and again chasing the title, when another rider took him out.

In 2013 he was actually leading the championship when a cold tyre caught him out during German GP practice. He crashed at 45mph and broke the left collarbone again.

A few weeks earlier, Márquez had fallen at Mugello at 209mph and raced the next day.

The freak incident that perhaps sums up his misfortune better than any happened during the 2013 Aragon GP, where Márquez made contact with the rear of Pedrosa’s bike as the pair entered a corner. When Pedrosa opened the throttle he was instantly ejected. The minor collision had severed the cable joining the wheel-speed sensor to the bike’s ECU, deactivating its traction control. What are the chances? Last season was ruined by an arm problem that forced him to undergo radical surgery, or quit racing. He missed three races, then won two of the last four.

Some people believe 2016 could be his year, because his glass-smooth riding technique should work well with the tyres provided by Michelin, MotoGP’s new control-tyre supplier.

That may be true, but the issue of Pedrosa’s size might be multiplied by MotoGP’s new control electronics, because he needs good traction and wheelie control more than most.

“Everything is a bit more complicated,” he says. “Now it’s not easy to apply a constant torque that gets you out of the corner with a good line and not so much wheelie or shaking.”

Whatever the difficulties, 2016 could be his last chance, because there’s already a queue of fine young riders eyeing his ride.

All images thanks to Honda. 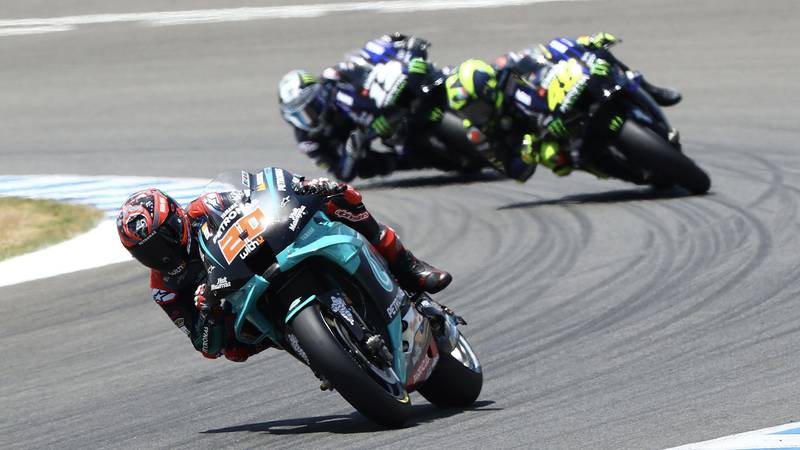 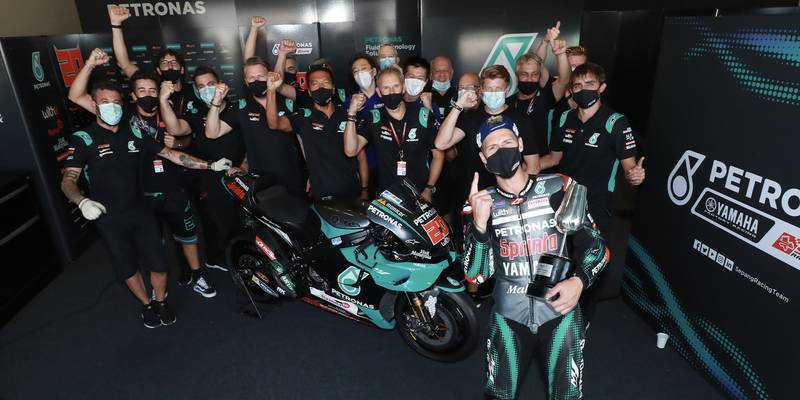 ‘Fabio is so accurate – that’s his advantage’ 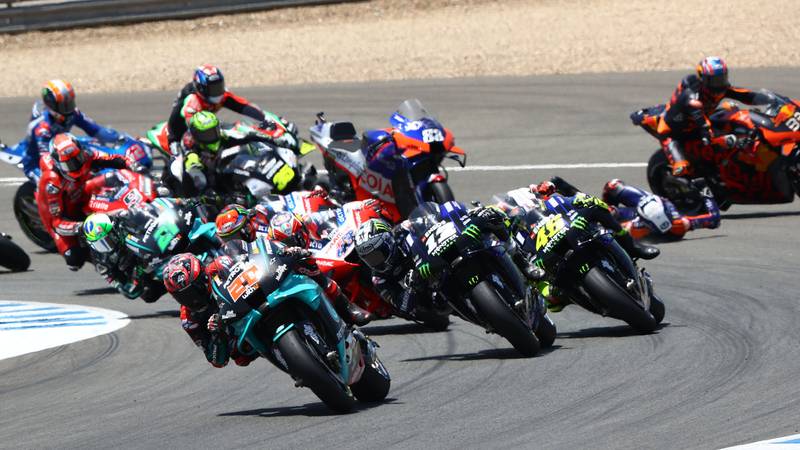