After Misano, let’s hope the off-track chatter at Aragon doesn’t once again eclipse the on-track action

Right now the world’s MotoGP media is all agog, counting down the minutes and seconds to 17.00 hours on Thursday. The reason: a live edition of the latest episode of the MotoGP pantomime, a kind of petrol-head’s soap opera, during which Valentino Rossi and Jorge Lorenzo will be encouraged to say nasty things about each other by journalists hungry for Friday morning newspaper headlines, or Thursday afternoon clickbait. 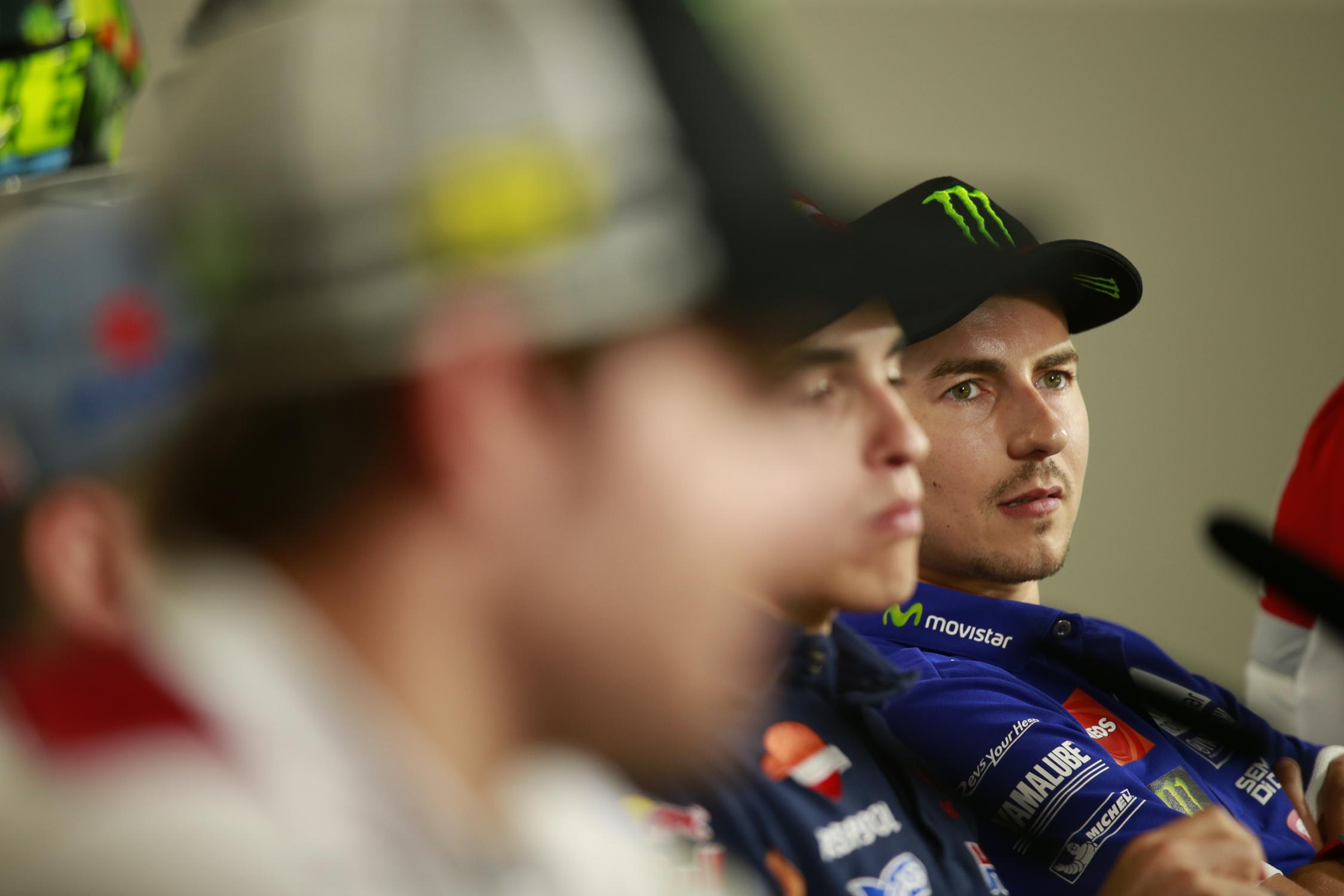 All the world is a stage and MotoGP is just one tiny corner of it. The human interaction between racers is always fascinating, but when we shift into that other dimension where the off-track bullshit overshadows the on-track action, I started to feel jaded, like I’ve been watching too much rubbish TV. We’ve been here before, of course. Very recently. Perhaps this is MotoGP’s new reality and I’m just not X-Factor enough to get it.

Back in bike racing’s dim and distant past, Kevin Schwantz and Wayne Rainey happily tripped each other up whenever they felt the need. At that time the pair shared a mutual hatred way ahead of Rossi’s and Lorenzo’s, but they never moaned about what went on, because they expected nothing less. The way they saw it, revenge is a dish best served cold, usually two weeks later at Sunday lunchtime.

I suppose we shouldn’t blame Lorenzo and Rossi; it’s the modern world, the X-Factor generation, the multi-view TV screen with all angles covered, the super-slow-mo replayed ad infinitum, rolling news, 24/7 websites, social media and everything else that turns every storm in a teacup into a full-blown global crisis. At least, what feels like a full-blown global crisis.

In fact, this time we should lay some of the blame on Lorenzo, for it was him who decided to open the debate about Rossi’s Misano passing manoeuvre. I wonder if he’s revised his opinion, now that he’s watched the race, because no one else seems to think Rossi was being dodgy when he swept past his team-mate. There is no doubt that Rossi has made plenty of dodgy passes during his career (as have all the others, Dani Pedrosa excluded), but this wasn’t one of them: he was a full bike length ahead when Lorenzo tried to slam the door shut.

Even more bizarre was Lorenzo’s assertion that Rossi “didn’t need to make this overtake”. Isn’t the general idea of this sport to pass the man or woman in front? And in modern-day MotoGP – where technology makes overtaking so difficult – few riders delay an attack when they’re offered even a sliver of an opportunity.

None of us want MotoGP to be too dangerous but we do want it to be a little bit dangerous. Don’t we? How else can it be, unless we put the riders in electric-powered go-karts, speed-limited to a maximum of 30km/h?

As early 20th-century bad-boy Ernest Hemingway once said, “There are but three true sports – bullfighting, mountain climbing and motor racing – the rest are merely games.” Lorenzo’s apparent desire for a written invitation to be offered before each attempted overtaking manoeuvre would turn MotoGP into a game, and a pretty rotten game at that.

Since Misano, Marc Marquez has taken Rossi’s side, giving his blessing for the veteran’s manoeuvre, and perhaps changing the paddock dynamic once more. It’s only natural that Marquez and Rossi should be friendly again because if the paddock is a schoolyard rather than a soap opera, Rossi and Marquez are the school’s bad boys ganging up on that kid no one’s quite sure about.

Poor Jorge, he always ends up on the wrong end of these confrontations. At Motegi 2010, where he lost a vicious on-track duel with Rossi, he asked Yamaha team boss Lin Jarvis to have a word with his team-mate, who left the meeting giggling like a schoolboy. “Yamaha asked me to race with more attention,” he laughed. “So, next time I will try to beat him again… with more attention!”

It was the same the following year, when Lorenzo tackled Marco Simoncelli during the Estoril post-qualifying media conference. When Lorenzo suggested that “it will be a problem” if Simoncelli continued with his aggressive tactics, the Italian shrugged his shoulders and brought the house down with these words, “Okay, I will be arrested!” 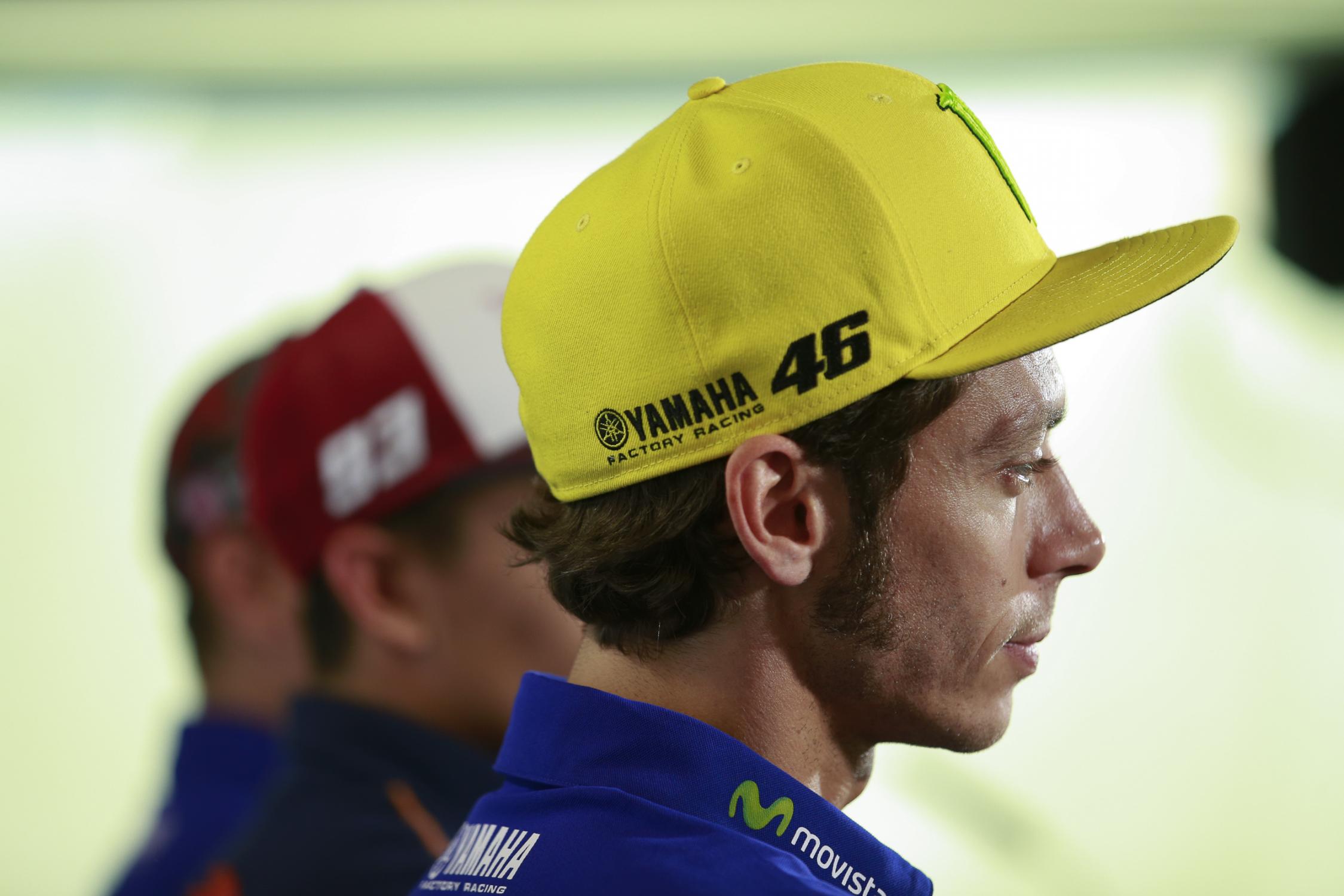 Lorenzo should know by now that he’s not witty enough to win these encounters – he is much better off when he lets his riding do the talking. His decision to use Misano’s post-race conference to condemn Rossi was particularly ill-judged because it soured Pedrosa’s moment of glory. The race winner sat there between the Yamaha team-mates, looking for all the world like a school kid collecting first prize, while his bickering parents aired their dirty laundry in public. Frankly, it was embarrassing.

Is it too much to expect a more honourable weekend at Aragon? Possibly not, because proceedings may well get underway badly on Thursday afternoon; although this media conference will be different to the last, because the riders won’t be high on adrenaline and because they will have their answers carefully prepared.

Either way, will someone please wake me up when the talking stops and the racing starts…