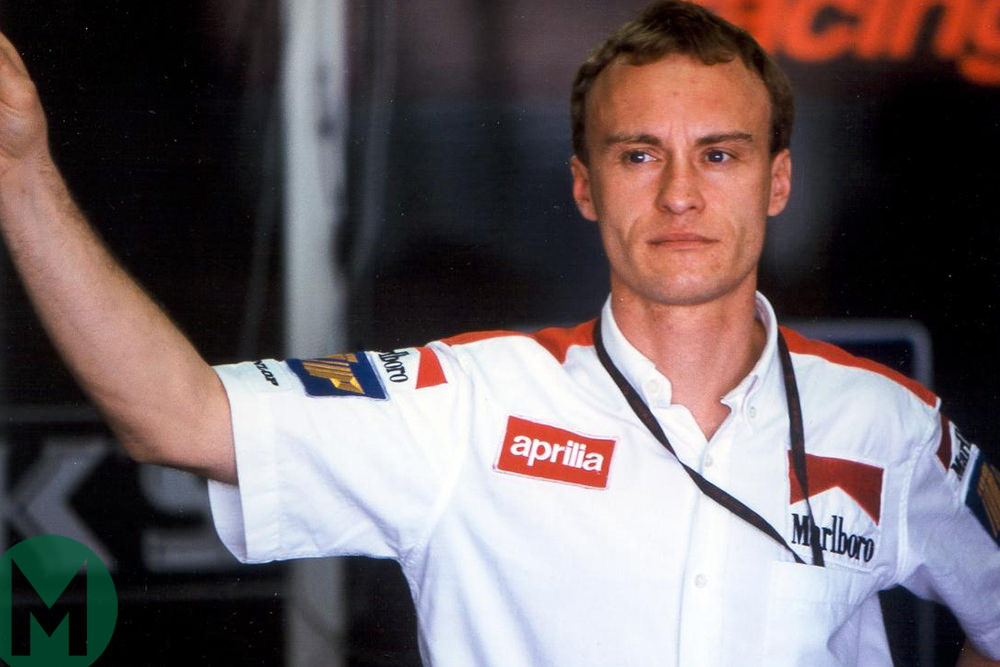 It’s been one of those horrible weeks for motorcycling. First, journalist and broadcaster Henry Hope-Frost died in a road accident last Thursday. Henry worked mostly in the car world but had huge enthusiasm for motorcycles. “Half the wheels, twice fever,” he said. He shone brightly; he was the kind of guy you always looked forward to seeing again.

Motorcycle Grand Prix winner Ralf Waldmann, who died on Saturday from a suspected heart attack at the age of 51, was very much the same. Both were lovely men, with no edge to them.

Waldi was a tough racer who won 20 races during his 17-year Grand Prix career and should’ve won at least one world title, but luck always turned against him at the vital moment. The German was funny, emotional and always said exactly what he thought; usually quite loudly because he had a booming voice much bigger than his slight frame. He was completely unaffected by his success; he remained a normal bloke, no airs and graces like some paddock prima donnas.

Waldi came from an age when motorcycle Grand Prix riders had proper jobs before they went pro. He was a plumber by trade and started racing at the age of 20, aboard a humble Kawasaki AR80. He made his Grand Prix debut the following year, in the short-lived 80cc class. He made his name during the 1990s in the 125cc and 250cc categories. He won his first GP at Hockenheim on May 26 1991, beating fellow Honda RS125 rider Loris Capirossi by three-tenths of a second. That was quite a day for the thronged grandstands of German fans, because an hour or so later Helmut Bradl destroyed everyone in the 250 race.

In 1992 Waldi ran away with the 125cc World Championship, scoring three wins and another podium at the first four races. But then everything went awry. His team self-destructed, his mechanics erupting into fisticuffs in the pitlane. Without a united crew behind him, he slumped to third overall.

In 1994 he was promoted to the 250 class, aboard a factory Honda NSR250, backed by German HB cigarette money. He won his first 250 GP at Mugello, after a great battle with Capirossi and Tetsuya Harada. Three years later he was in the thick of the title fight, this time backed by Marlboro money. A superb victory at Catalunya, where he recovered from a run through the gravel to beat Max Biaggi, put him into the points lead with two races to go. And then disaster… he chose the wrong tyre at the penultimate race and ended the year a tantalising two points short of Biaggi. He had also finished the previous year a close second to Biaggi, just four points down, after missing the first race due to a broken wrist. If only… if only…

In 1998 Waldi contested the 500cc world championship with Team Roberts, riding the British-based team’s three-cylinder Modenas. The highlight of that year was Brno, where Waldi put the far-from-developed Modenas on the front row, alongside the Honda NSR500s of Mick Doohan and Max Biaggi. After qualifying Waldi and ‘King’ Kenny embraced in the Team Roberts garage – two loud, crazy little guys who loved motorcycle racing.

These were Waldmann’s greatest days as a racer, but he made his biggest headline in July 2000 at Donington Park, where he came from miles behind to overtake leader Olivier Jacque on the run to the finish line of the 250 race. The changeable weather had convinced most riders to choose intermediate tyres. Waldmann gambled on full wets and fell back as the race started and the track dried. At half-distance he was near the back, 90 seconds behind the leader. He had obviously made the wrong tyre choice. And then the rain returned. By the start of the final lap he was up to third place, with the leader still barely in sight. But while Jacque slithered around on slicks, Waldmann charged through to win by three-tenths of a second.

After the race he was asked if he was a hero. Waldmann’s reply was typical of the man. “When I started on wet tyres I was an idiot. Then when it rained and I could win, I was a hero. The difference between hero and idiot is very small.”


Re-watch the truly EPIC 250 race from the 2000 #BritishGP and that unforgettable win by Ralf Waldmann!

Following another particularly gritty performance, Waldmann was asked by press conference host Michael Scott if he was mad. “Yes,” Waldi beamed, “I am mad!” Then he pointed at Scott and said, “you are also mad.” Then he pointed at the rest of the audience, adding “and they are mad”. Finally, with a look of glorious epiphany in his eyes, he added, “we are all mad!”.

Waldi was always a genial interviewee. In 2002 I wrote a story titled, “I’m a loser baby, so why don’t you kill me,” after a song by the great Beck. My idea was to interview those riders who had come achingly close to winning a world championship without quite getting there. I wanted to examine the potentially life-ruining psychological horror that might come with such failure.

Waldi had retired at the end of 2000 but he found himself unsuited to life in the slow lane. He made a comeback two years later, riding a privateer Aprilia RS250, struggling to make ends meet. I talked to him at Assen, where he had previously won 125cc and 250cc GP victories. But this time was no motorhome, no team artic and no Champagne. The interview was conducted in the back of his van: him sat on a pile of tyres, me on a drum of fuel.

I wondered aloud if the phrase “the most successful rider in history never to win a world championship,” lulled him to sleep every night, like some kind of Satan’s lullaby.

“No, no, this is all behind me!” he said brightly.

We then discussed the problems and the ill luck that cost him a world title.

“If you look for reasons, you find them,” he said, suddenly overcome by gloom. “Before 1997 it was brilliant with the money, with the stuff we got, but then we lost our sponsor and it was really shitty, because we didn’t have enough money. We had a minimum of budget and only one bike… Max had two bikes.”

At this point I noticed a slight tremble in Waldi’s voice; he was starting to well up. I felt bad, but I kept asking questions: so it does still affect you, then?

“Little bit, yes,” he trembled, rubbing his swollen, watery eyes. “Doesn’t matter, it’s true, so no problem. I live with that or I don’t live with that.”

I felt like giving him a hug, but instead I feebly proffered a few kinder words: Ralf, you had a great career!

And you were really popular…

Suddenly he was in hysterics.

“Ha, ha! Ja, ja, ja! It’s better being a nice guy and not a world champion, he said, grinning broadly and rubbing his puffy eyes.

“I don’t know, maybe I was not lucky enough to get a title, or maybe I’m not fighting enough, or maybe a funny guy like I am, maybe I’m not strong enough. World titles is what every racer looks for, but I had so many nice races and I won 20 times, so I must keep this in my memory, not one title. For sure one title would be nice but the wins are also very important, I think.”

In full retirement Waldi was one of those ex-racers who never seemed entirely at peace without the thrill of racing in his life. He stayed heavily involved in the sport, making a one-off 250 return at Donington in 2009, working for MZ’s short-lived Moto2 team, tuning two-strokes and working for German Eurosport.

RIP Ralf. Our thoughts are with his family and friends.