I did an office clear-out during the festive season and found a pile of old stories that I’d printed on rolls of perforated computer paper and faxed to editors. Yep, that old.

Among the papers was something I’d written in 1990, when the premier 500cc class was on the brink of oblivion. At April’s US GP there were just 14 starters and at June’s Yugoslav GP there were only nine finishers.

The reasons for the empty grids were simple:  there was no money, there were no bikes and the bikes that were there kept hurling their riders to the ground and breaking their bones. Too many riders were skint, too many were in hospital.

If MotoGP is currently enjoying a golden age, then 1990 and 1991 were the premier-class’s nadir. The racing at the front – Wayne Rainey versus Kevin Schwantz and the rest of the superheroes – was awesome, but many fans don’t realise how close the premier class came to extinction during that period. 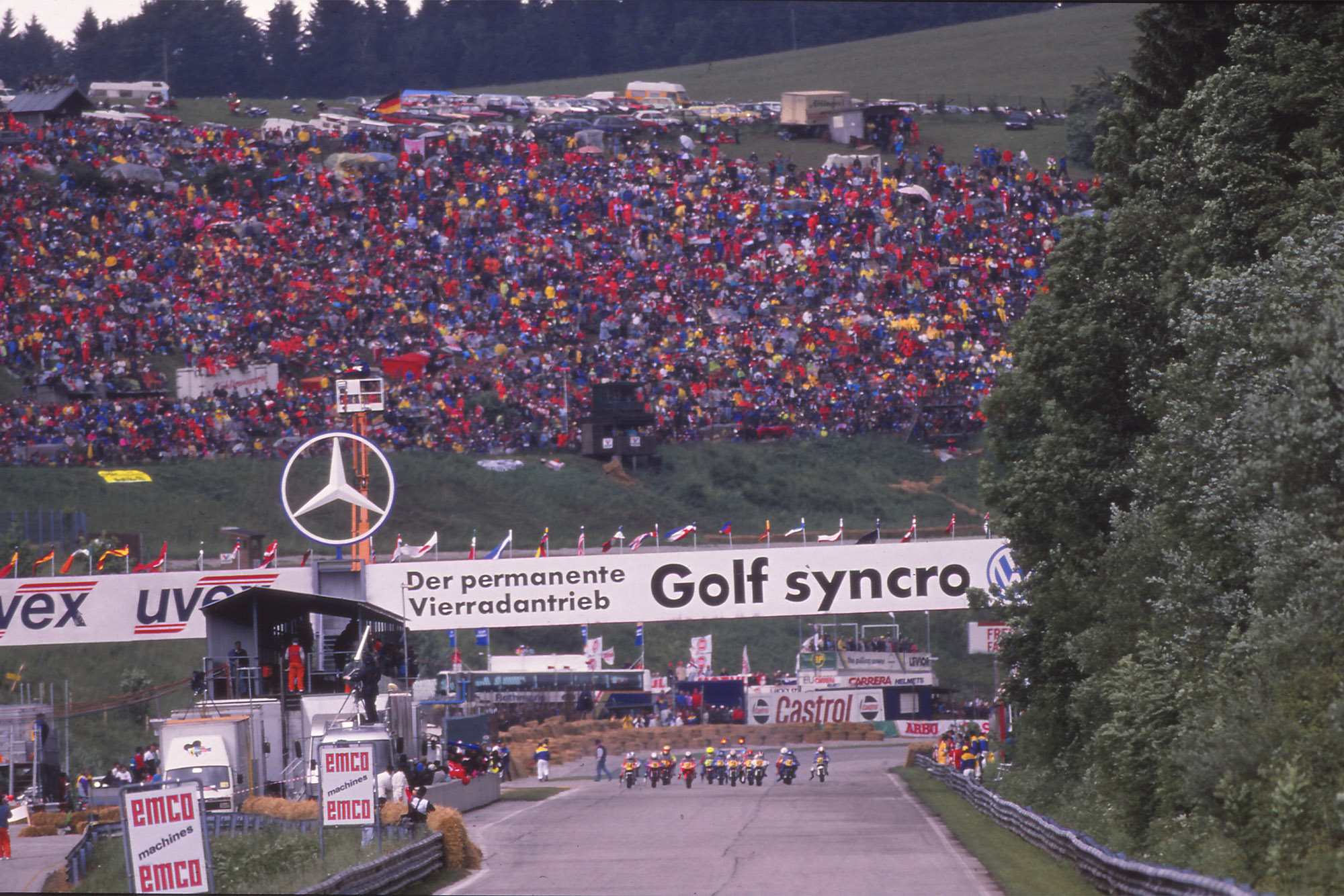 Fifteen starters and seven of them were lapped at least once, Salzburgring June 1990

The day MotoGP came closest to death was probably June 17, 1990, when there were nine finishers at Rijeka, venue for the Yugoslav GP on what is now the Croatian coast.

Rainey won the race, from Schwantz and Niall Mackenzie. More than 30 seconds separated the top three, then came Mick Doohan and Jean-Philippe Ruggia, all of these men riding factory Yamaha, Suzuki and Honda 500 V4s. The category’s other star riders – Eddie Lawson, Wayne Gardner and Christian Sarron – were all injured.

The last four finishers at Rijeka rode Honda RS500 triples, the only bike available to privateer riders and all of them around five years old.

Sixth-placed Marco Papa was lapped once, Kees Doorakkers, Karl Truchsess and Niggi Schmassman were next, lapped between two or four times, their lap times up to eight seconds slower than Rainey’s.

If they had been able to complete full distance, they would have finished four minutes and 30 seconds behind the winner. Compare that to 2019 when the entire grid of 22 riders was usually separated by less than 50 seconds.

I remember standing trackside at Rijeka, watching this dire procession (no TVs in the dilapidated press room, so you had to watch by the side of the track). I was entranced by the Rainey/Schwantz show, while at the same time I wondered how long the show could go on.

“The patient is obviously ill,” I wrote that summer, using a medical analogy that I flogged like a dead horse throughout the story. “So what treatment does the patient need to become healthy again? Maybe drastic surgery? Or perhaps euthanasia? Because some people believe the 500 class should be put to death and replaced by superbikes. They believe the racing would be cheaper, safer and closer.”

That’s right, the class was in such a mess that some people wanted prototype grand prix bikes consigned to history and replaced by big street bikes, which had recently been granted their own world championship.

Honda meanwhile published the results of its own report into the crisis, which suggested the 500s be replaced by 375cc two-stroke twins, triples and fours and 375cc rotaries.

“They must’ve thought that one up in the bathroom,” said ‘King’ Kenny Roberts, who at that time owned the Marlboro-backed factory Yamaha team, with Rainey and Eddie Lawson on the 500 grid. ‘King’ Kenny Roberts was the staunchest defender of the 500s and liked to call superbikes “stupid bikes”. 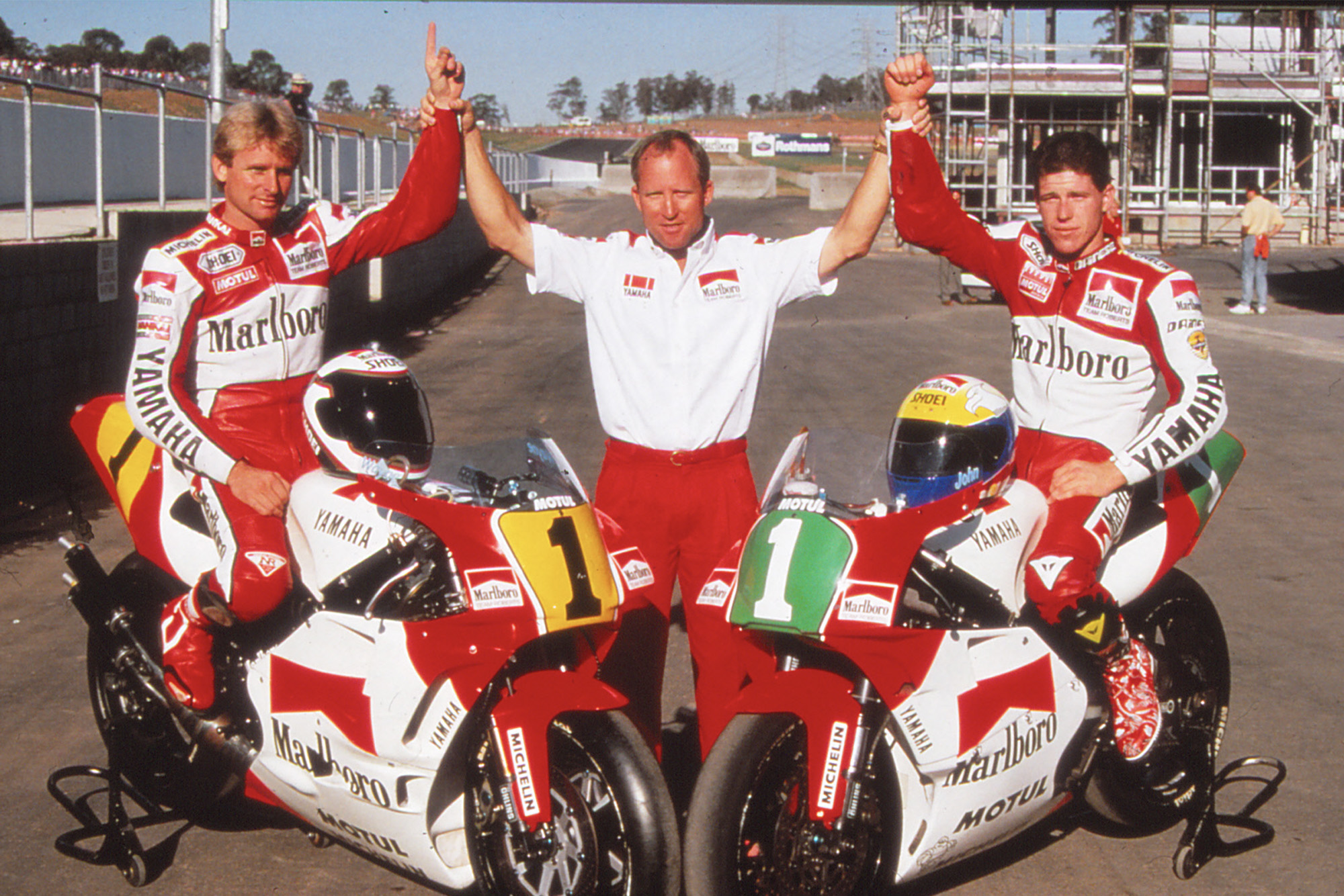 “I don’t think changing the equipment and the whole direction is going to solve anything,” he continued. “What we’ve got to do is get more money into the sport so we can have more teams.”

Roberts, who had already transformed GP’s treatment of riders in the early 1980s, always knew what needed doing.

“I want awesome,” he went on. “The 500s are the biggest show in racing – people want to see Schwantz and those guys sliding and wheelying and all that stuff. You only get that with the 500s. People want the boogie-woogie bikes!”

The FIM seemed reluctant to do much about the crisis. It didn’t replace the 500s with superbikes or 375cc triples, but it did start tweaking the technical regulations to reduce costs.

“The FIM is beginning to recognise the problem,” I wrote. “New technology restrictions must be regularly introduced to maintain costs and speeds within the bounds of reality.”

The biggest change was an increase in minimum weight for the 500s, from 115 kilos to 130 kilos. Many pit lane people remember the 115-kilo, zero-fat 500s as the technical pinnacle of grand prix racing, before cost-cutting rules compromised the engineer’s purity of purpose.

Consider that a 2020 MotoGP bike must weigh no less than 157 kilos; 42 kilos more than a 1990 500. Other restrictions on carburettor size, wheel-rim widths and fuel octane were also discussed.

In the end, however, it wasn’t the FIM that saved the 500s from possible extinction. Their saviour was three-times 500 world champion turned team owner Roberts, who spent several years hammering at the doors of factory bosses, trying to get them to help.

He finally got somewhere in 1991, when he convinced Yamaha to lease an ex-Rainey YZR500 to Northern Ireland trucking magnate Joe Millar, who put Dubliner Eddie Laycock on the bike. 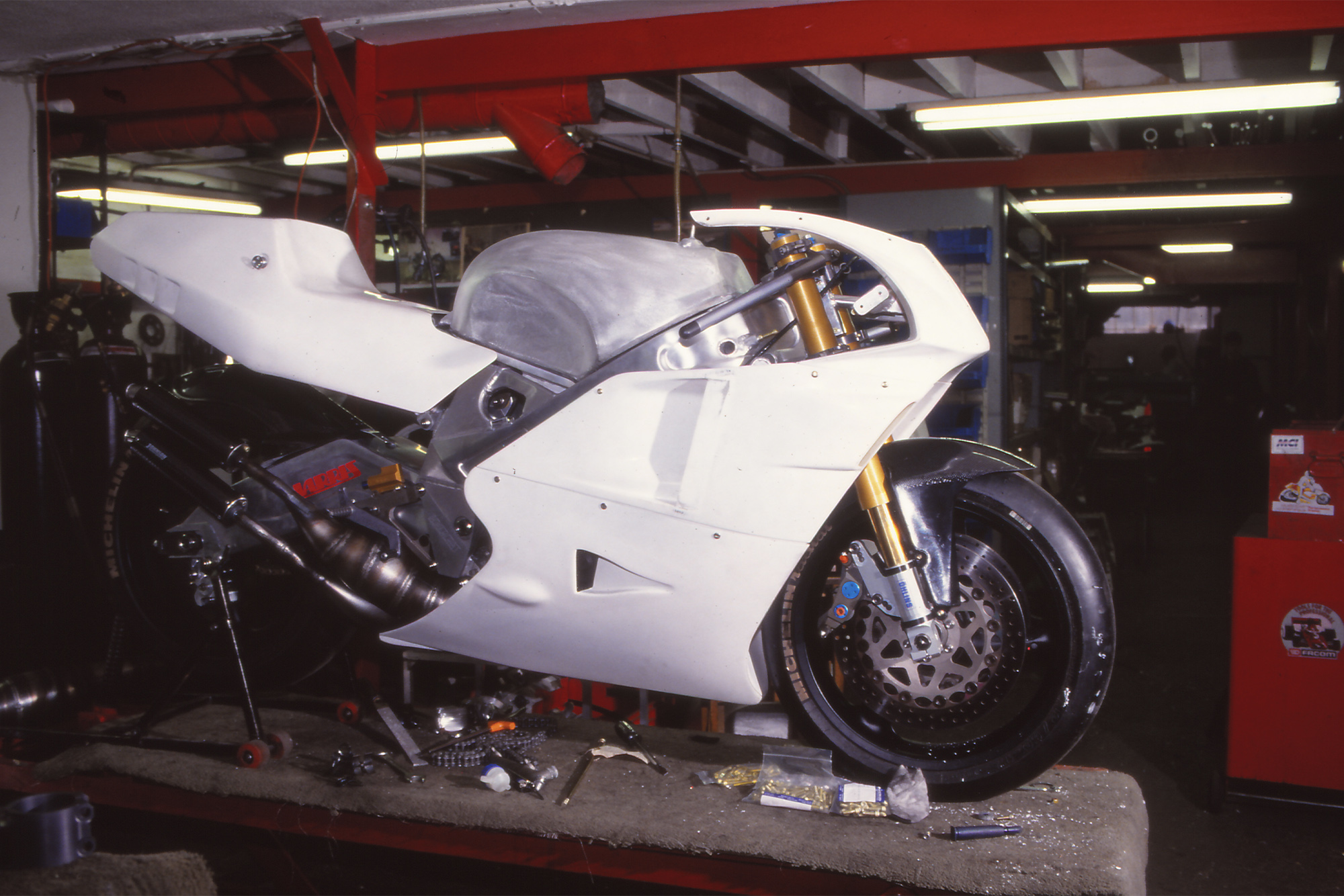 Laycock had some good rides on the YZR, but Roberts’ ultimate plan wasn’t privateer teams leasing V4s from the factories, because few could afford such exotica. His idea was to copy the Formula 1 model, with big manufacturers providing the engines, while specialist constructors built the chassis, like McLaren Honda and Williams Renault in F1.

In 1992 this concept became a reality when Yamaha sold YZR500 engines to privateer riders who bolted them into chassis built by Harris Performance in Britain or by ROC in France.

Overnight the grid expanded from 18 or 19 starters to 28 or 29 starters. A few years later Honda built its NSR500V twin, which it sold to privateers. The 500 class had been saved.

Entirely by coincidence, 1992 was the year Dorna got involved in the world championships. After years of attempted coups the FIM finally lost control of the sport, which now became a business, owned by Bernie Ecclestone’s Two Wheel Promotions company and Dorna, which started out looking after TV production and TV rights.

Dorna has made mistakes since then, but more good moves than bad moves. Its serial rewrites of MotoGP’s technical regulations in recent years (all the way from CRT bikes to control software) followed the global financial crisis that shrank the grid to 14 riders at some races; although crucially there were less than three seconds separating the slowest from the fastest, not eight. Reduced costs and increased funding for the poorer teams helped refill the grid.

Now the racing is mostly better than it’s ever been and independent riders have a better chance of running up front than they’ve had in decades. The 2020 grid will be the strongest and tightest in GP racing’s 72 seasons, with 21 of the 23 riders having won GPs, to a total of 391 victories. The two that have yet to top a podium are Aleix Espargaró and rookie Iker Lecuona.