Jorge Lorenzo has always been a bit of a mystery and never more so than now.

The three-times MotoGP world champion announced his retirement from motorcycle racing on November 14, 2019. “I’m done with it, I don’t want to race anymore,” he told us that afternoon at Valencia.

And we all believed him, applauded his achievements and some of us even felt a teeny bit jealous. Imagine retiring in your thirties with perhaps £50 million in the bank. In fact, don’t. It’s too painful a thought…

What we didn’t know at the time was that most likely he wasn’t retiring at all.

“Yamaha was very interested already when I announced my retirement, through Lin Jarvis,” Lorenzo told us at Sepang on Sunday.

“So they contacted me very soon and I got their proposal very soon. I needed to decide if I wanted to ride again. Obviously knowing that it was a Yamaha was a good point for taking that direction, and I wanted to study the offer and the contract.”

Eleven weeks later Yamaha announced a one-year testing contract with Lorenzo. And a few days after that the factory announced a wild-card entry for June’s Catalan GP.

The team advised that they secured the entry before they had signed off the Lorenzo deal but, no doubt, they already knew he was interested in riding again. 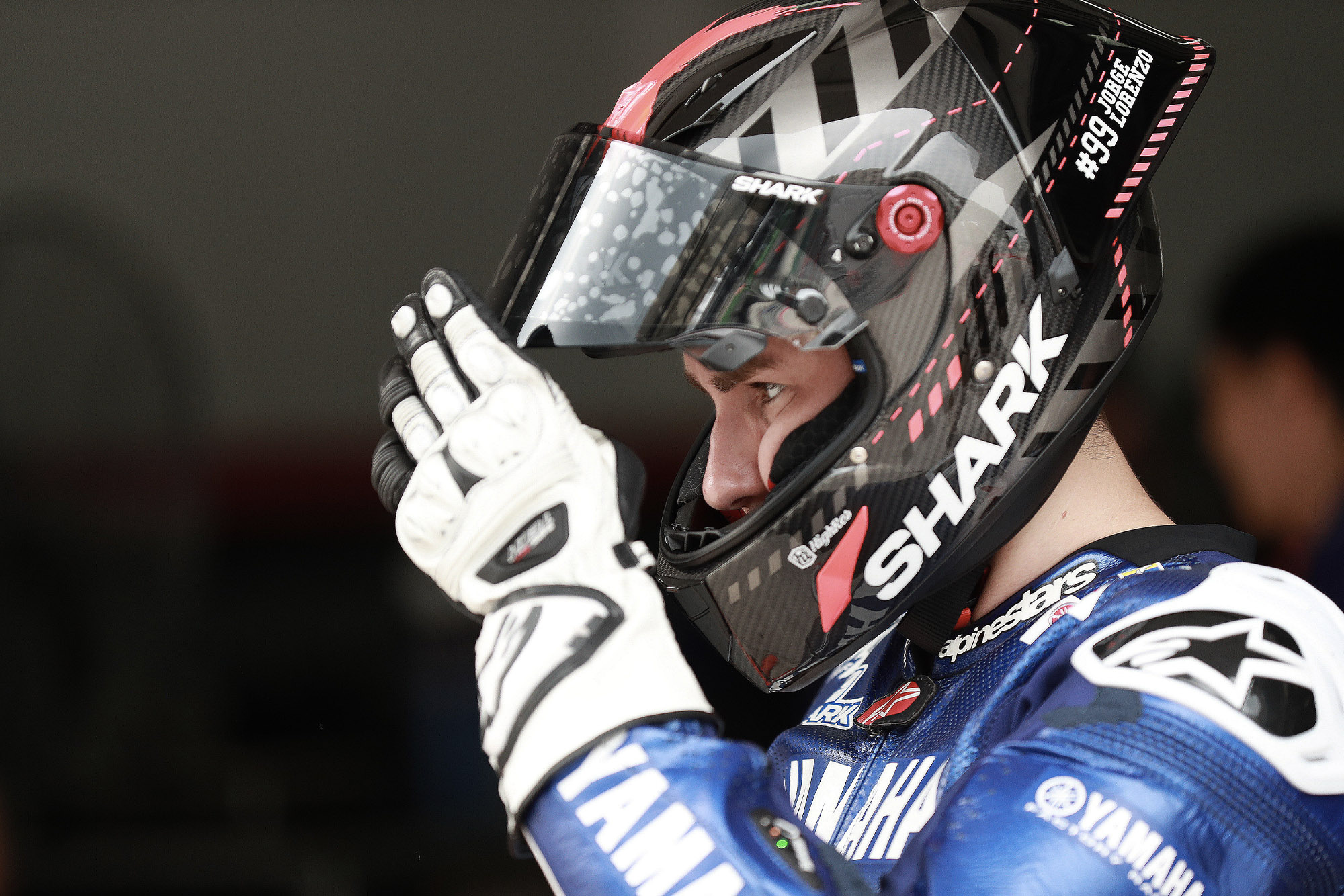 Last Tuesday at Sepang the 32-year-old climbed aboard a Yamaha YZR-M1, just 81 days after he climbed off a Honda RC213V at Valencia. And he loved every minute of it. “I felt a happiness I hadn’t felt for a long time,” he said.

Lorenzo retired because he had the fear – spinal injuries and brain injuries get the attention of even the toughest racer. No reasonable person would even think of questioning the three-time MotoGP champion’s decision to retire because he was fearful of finishing off the damage he had done to his spine in two nasty crashes last June, which could’ve put him in a wheelchair for the rest of his life.

But after he had parked his RC213V on the afternoon of November 17,  it didn’t take him long to realise that he was facing an even bigger fear – the horror of never riding a MotoGP bike again, of never feeling that rush of adrenaline as you dance along that precipice, knowing that the only person that can save you is yourself. 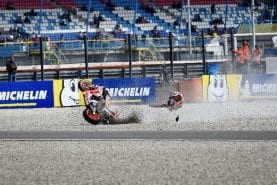 Acting legend and handy motorcycle racer Steve McQueen had a nice way of describing his love of riding bikes at the giddy limit. He called it “twisting the tiger’s tail”. In other words, creeping up behind a big cat that could literally eat you for breakfast, taunting the beast and then having a bit of fun trying to live to tell the tale.

McQueen fully understood what motivates people to race motorcycles and cars. “They race because it’s something inside of them… They’re not courting death, they’re courting being alive”.

Once Lorenzo’s back injuries had healed he soon realised that a life dedicated to buying fancy clothes, driving fast cars and taking luxury holidays in Bali would be another kind of death to him.

Testing factory MotoGP bikes is a great way for a racing junkie to wean himself off those shots of adrenaline, or at least the biggest shots. Riding around evaluating the latest technical upgrades won’t deliver the wildest hit of them all – that Sunday afternoon primal scream into Turn One – but there are so many upsides – less pressure, less time away from home, less hassle and much less chance of hurting yourself – that it’s a price worth paying.

Most racers change the day they stop racing. Their faces are brightened by the act of letting go, of relinquishing responsibility and of no longer having those thousand-and-one thoughts whirling around inside their heads every race weekend.

On the other hand, there are the retired racers who change the other way. They get depressed, which is no surprise, because how do you replace the greatest drug of them all – mainlining adrenaline? 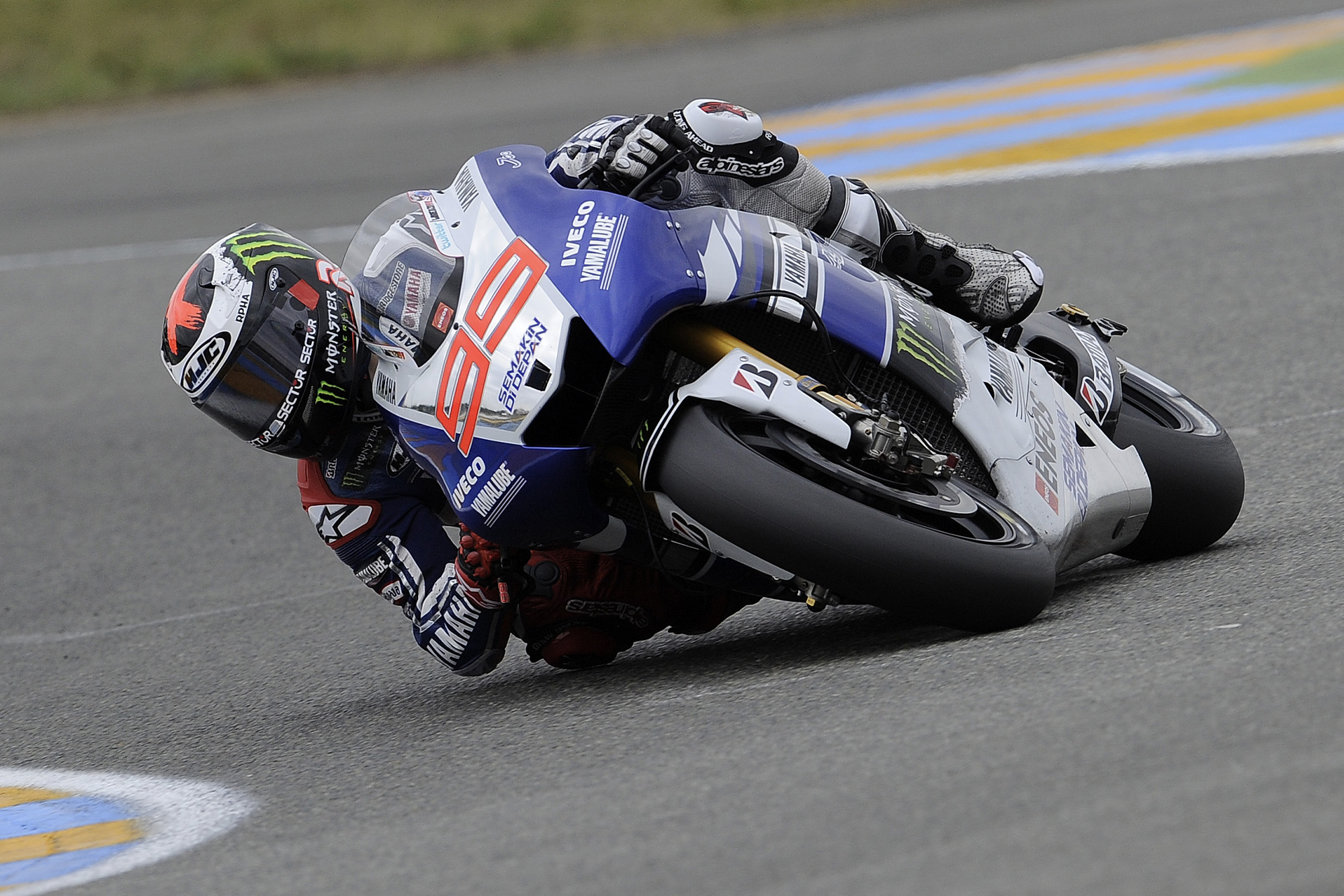 Lorenzo on his way to the 2015 MotoGP title with Yamaha

At Valencia 2019 Lorenzo said he was 99 per cent certain he would never race again. After he rode again at Sepang he said he’s only 98 per cent certain. I wonder if he might be exaggerating.

And what if he does race at Barcelona in June?

Lorenzo had a two-year contract with HRC, for 2019 and 2020. When Valentino Rossi wanted to leave Ducati at the end of the first year of his two-year 2011/2012 deal he was politely reminded of the paragraph in his contract which stated that if he did walk, he couldn’t race another brand of motorcycle in 2012. So he stuck with the Desmosedici. Only now that we know this can we even begin to imagine what a prison sentence that must’ve been for Rossi. 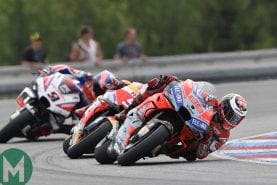 Lorenzo, however, had no such problems with Honda last November because he told them he was retiring, not changing factories, so their two-year contract was voided. But did he talk with Jarvis before his Honda contract was binned?

Like Ducati, Honda has previously imposed restrictions on riders under contract. When the company terminated its first era of GP racing at the end of 1967 – to focus on Formula 1 cars – it paid its four-time 250cc and 350cc world champion Mike Hailwood £50,000 to stay out of the 1968 world championships.

In 1968 an average house in Britain cost £4900, so Hailwood’s £50k ‘sit-on-your-backside’ contract was worth the equivalent of £2.3 million today. This surely still stands as one of the all-time greatest racing paydays, especially since Honda allowed Hailwood to ride 1967-spec Honda GP bikes in non-championship events, which paid him up to £50,000 per meeting.

“If a rider comes to us and says he wants to stop, that he doesn’t want to hurt himself anymore, of course we can only say, okay, please stop,” said Puig. “If someone doesn’t want to ride a 300km/h motorcycle we won’t push him to ride! 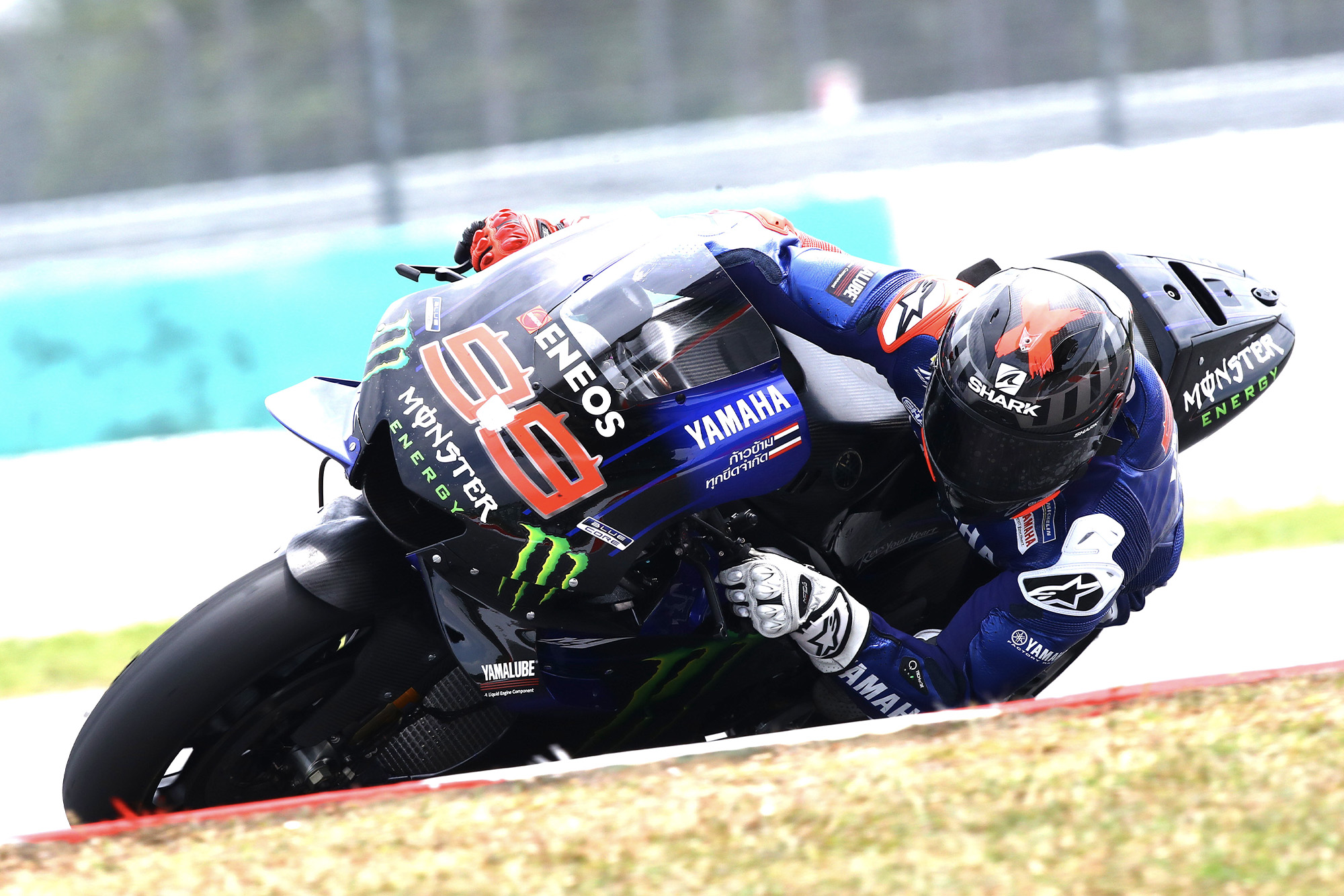 Could Lorenzo find himself back in a race seat in the future?

“At Valencia it was Jorge’s clear intention to stop, that’s why he officially retired. Then, for whatever reason, he decided to continue. From Honda’s point of view everyone is free to do what they want to do with their life. We are happy for him.”

There are plenty of people in the MotoGP paddock that can’t help but wonder if Lorenzo announced his retirement simply to extricate himself from his Honda contract. It’s a mystery to which we’ll probably never know the answer.

And if he does race in June and he does realise that he still enjoys that primal scream into the first corner and he does show the world that he still has the speed that made him one of the greatest riders of his generation, what then?

A good ride at Catalunya would be a great advert to prospective employees for 2021, when there will be plenty of seats that need filling.

And which MotoGP factory needs a multiple MotoGP champ more than any other, after it lost the battle to sign Maverick Viñales and Joan Mir for 2021? Lorenzo may have fallen out with Ducati’s upper management during 2018, but the race department – the people who actually know about racing – never stopped believing in him.

This is pure speculation, of course, but…