Finalement, France has someone to cheer in MotoGP. Rookie Johann Zarco has lit up the 2017 season and will be going all-out at Le Mans this weekend 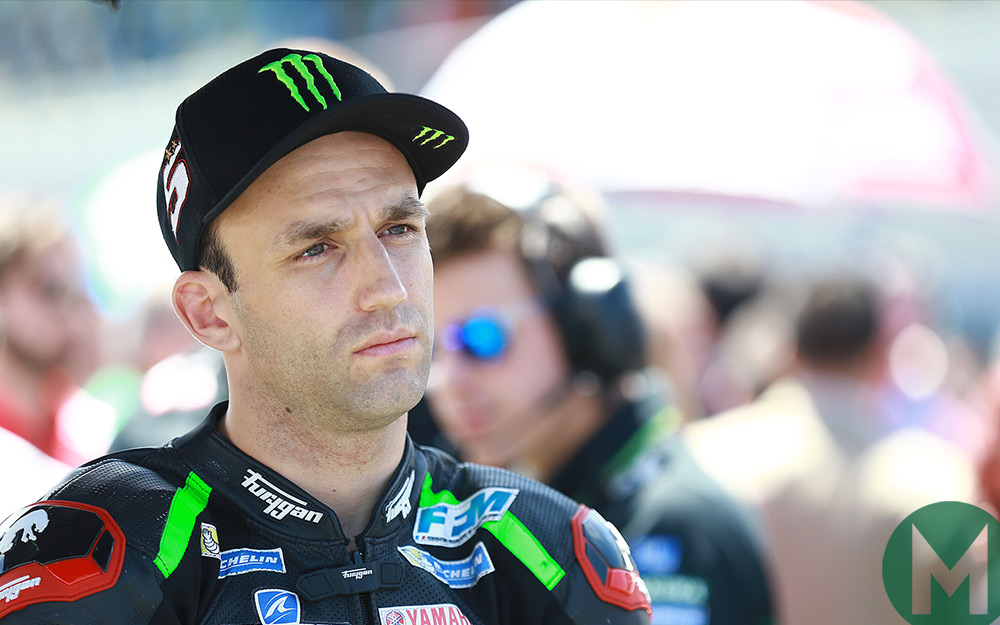 MotoGP has never seen anything like it; at least not since Marc Márquez arrived in 2013. Two weeks ago at Jerez, reigning Moto2 champion Johann Zarco rode the first few laps like he was the king and the rest were rookies. He charged past Valentino Rossi (twice), Cal Crutchlow, Maverick Viñales, Andrea Iannone and Márquez in just a few laps, finding gaps where others could find none.

“Zarco reminds me of me when I arrived in MotoGP,” grins Márquez. “He is really aggressive, he pushes to the limit and sometimes he nearly crashes. This is the way to learn, you need to push, so he’s working in a good way.”

Zarco’s pace and bravery at Jerez were magical and will bring tens of thousands of French fans to Le Mans. It’s about time France had someone to cheer in the class of kings. During 69 years of Grand Prix racing the nation has won only three races in the premier class – that’s an average of one victory every 23 years. Compare that to 230 victories by Italians, 154 by Americans, 137 by Britons and 135 by Spaniards.

The 125cc and Moto2 winner from the Cote d’Azur is already France’s most successful Grand Prix rider by far, with 16 wins, more than double that of the country’s previous top scorers: Christian Sarron, Olivier Jacque and Arnaud Vincent, who each won seven GPs.

This is strange, considering a little-known fact: the French were the first kings of motorcycling, before the British, the Americans, the Italians and the Japanese. From the late 1890s until the First World War the French made the best bikes and had the best riders.

The greatest brands of bike racing’s early years were all French: De Dion Bouton, Werner and Peugeot. Norton won its first Isle of Man TT victory in 1907 using a Peugeot engine. Not that you would’ve known it, because James Lansdowne Norton had the foreign logo erased from the crankcases of his machine. The French were so far ahead they had four-valve cylinder heads in 1903.

It’s not easy to figure out why the French went in for racing in such a big way. It’s possible that they embraced the internal combustion engine before the rest of us because unlike Britain, Germany and Italy, they didn’t have vast coal reserves to stoke their steam engines, so they needed an alternative.

But embrace racing they did. Most of the first big motor races (for motor-bicycles and horseless-carriages) happened in France: Paris-Rouen in 1894, Paris-Bordeaux in 1895, Paris-Marseille in 1896 and Paris-Madrid in 1903, which was abandoned mid-race due to the deaths of 14 racers and spectators. No doubt that disaster convinced Britain’s equine-obsessed establishment to maintain its racing ban on mainland roads, which is why the British went racing on the Isle of Man instead.

France’s superiority in motorcycle design never recovered from the Great War, much of which was fought in France. Which brings us back to Zarco and Le Mans, a few hours ride southwest of the Somme.

Zarco has been a revelation: very fast and consistent, except for the first race in Qatar where he was merely very fast.

So what’s his secret? How can a MotoGP beginner on a non-factory Tech 3 Yamaha, equipped with a two-year-old chassis, make the factory superstars look ever so slightly silly? 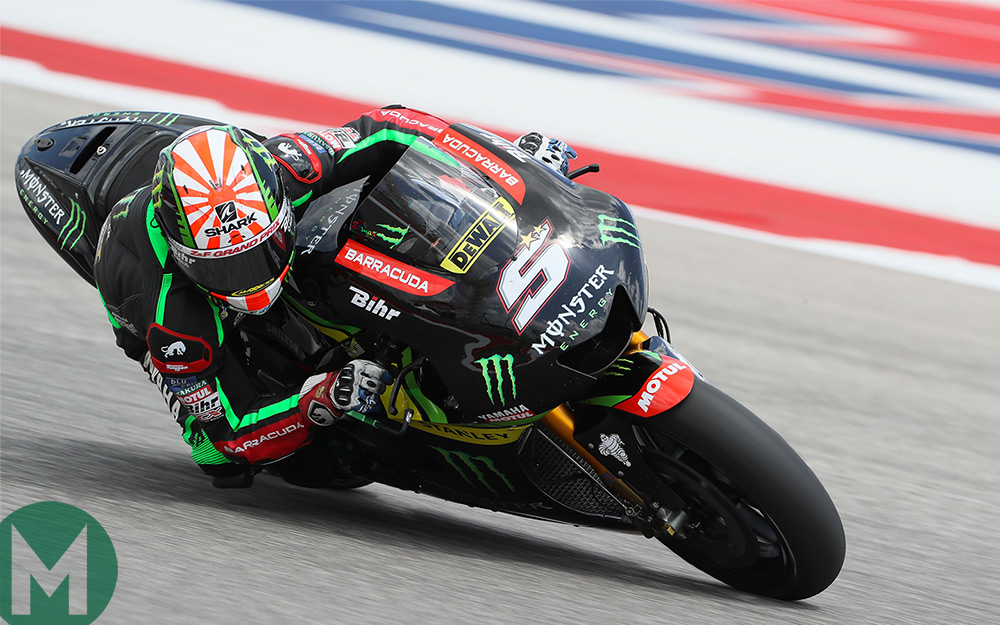 His mentor Laurent Fellon says Zarco’s major riding skill is fluidité. The 26-year-old is certainly smoother on the bike than Márquez, even though both men came from Moto2, which requires riders to wrestle with their machines more than their predecessors did in the old 250 class.

Zarco used his smoothness in Moto2 as an asset. He looked after his tyres better than his rivals, which gave him devastating speed, especially at the end of races.

“Of course, in MotoGP you also have electronics to help look after the tyres, but if you use too much electronics your riding will be limited by them,” explains Christian Sarron, who took the 250cc world title in 1984 and won a 500cc GP the following year. “Johann is ambitious and he’s a fighter. Also, he always questions himself. If he gets a bad result he doesn’t blame the bike or the settings. He will say, I didn’t ride well, or I need to change something in the way I ride. He always accuses himself, not the bike. Many other riders will say they didn’t feel confident with the bike, there’s something wrong with the settings. Zarco reminds me of the Americans and Australians I raced against – Wayne Rainey, Kevin Schwantz and Mick Doohan: don’t worry about the bike, I’ll race it as hard as I know how!”

Fellon, who raced in the Honda CB400N Super Dream Cup in the late 1970s and the RD350LC Coupe Yamaha in the early 1980s, has a hardnosed attitude to racing.

“If you want to be world champion you must live bikes 24/7,” he says. “And you must learn step by step, like you did in school. Moto3, Moto2 and MotoGP are like different subjects at school, so you must learn each class calmly and methodically, always taking small steps forward.”

This is Zarco’s ninth season of Grands Prix. If he had been born in a country that loves to spend money on bike racing – like Italy or Spain – he most likely would’ve made it into the top class sooner. But France is like Britain. Both nations have glorious petrol-powered pasts, but now the sports that make the headlines are football, tennis, rugby and Formula 1.

“In France bikes don’t get much TV coverage or money, so you have to be exceptionally talented to stand out,” adds Sarron. “But if you are that good, someone will take you to the top, like always. Johann still has much to learn but he is already very constant on the bike, always among the fastest guys. I think he will win a race or be on the podium this year – if he thinks he can pass someone he goes for it, he has no complex in his mind about attacking.”

At Le Mans this weekend Zarco will have two obstacles to overcome.

When he is off the bike he will need to be more focused than ever if he’s to avoid being distracted by the French media and fans. But perhaps he is already prepared for the maelstrom of his first home race as a MotoGP star.

“The best way to control the pressure that I will feel at Le Mans is to enjoy every moment, live in the present and appreciate our work,” he says.

When Zarco is on the bike he most likely won’t have the 2017 aero-bodywork that could be crucial at Le Mans. The French track is wheelie city because its layout is dominated by slow corners followed by straights, so Zarco will spend the weekend fighting to keep the front wheel down, while factory riders Valentino Rossi and Maverick Viñales will have the latest anti-wheelie fairings with downforce vanes.

It makes you wonder what the other factories will have in the way of new aero at Le Mans. Aprilia, KTM, Suzuki and Yamaha have all used 2017 aero designs this season, unlike Ducati and Honda. Ducati never homologated the hammerhead fairing it tried during preseason testing but its engineers must surely know they will need something at Le Mans. Honda too.