Despite a record-breaking 2016, MotoGP should become even more exciting, thanks to a major cash boost for independent teams 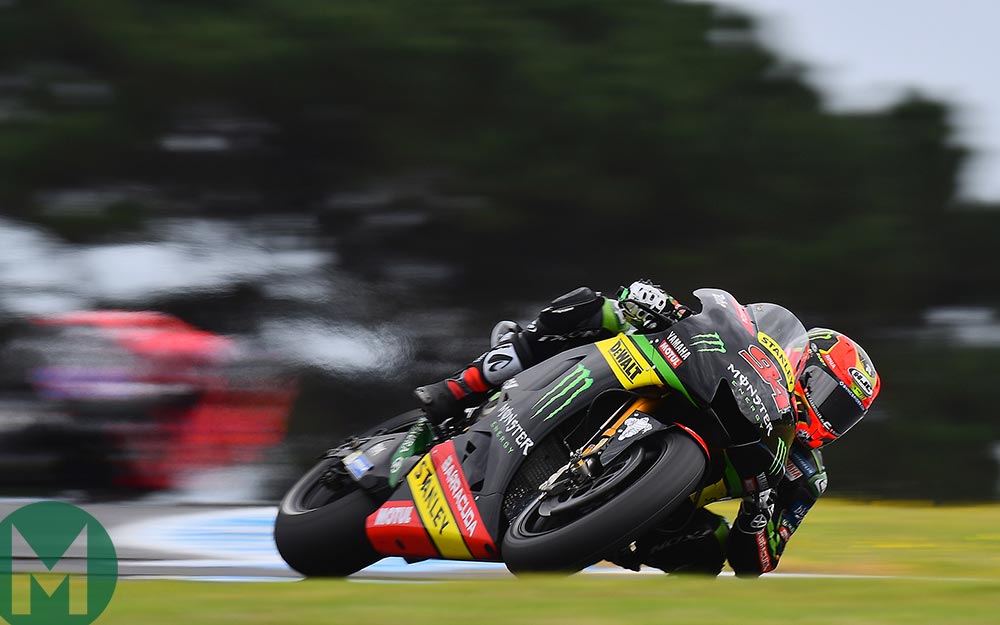 The racing in last year’s MotoGP championship was some of the best in seven decades of Grand Prix competition. Can the 2017 season and beyond get even better?

The answer – against all the odds – seems to be yes.

One reason for optimism is Dorna’s new five-year deal that doubles its additional financial support for all independent teams from 2017.

This season Herve Poncharal’s Tech 3 team, for example, will receive four million euros for putting Jonas Folger and Johann Zarco on the grid, in addition to the standard event fees that Dorna pay all teams, factory and non-factory.

Poncharal won’t be the only team owner wandering down the Losail pit-lane later this month wearing a big grin. All MotoGP indie teams will receive two million euros per annum per rider, thanks to some solid negotiating from teams’ association IRTA. That adds up to 20 million euros for Tech 3 over the full term of the contract and 10 million euros for Lucio Cecchinello’s one-man LCR squad.

Dorna’s deal flies in the face of other big sports – most notably Formula 1 and football – which give most of their income to the top teams that are already rolling in sponsorship cash.

Carmelo Ezpeleta is no socialist, but (whisper it) MotoGP’s current direction set-up is petrol-head socialism, with machine performance equalised to improve the action.

“We always tell Dorna, if you give more help to the strong and the rich and you give less help to the weak and the poor, then you will create a performance gap,” says Poncharal, who is also IRTA president. “Then the grid and the racing will look bad because some teams will struggle and they’ll be nowhere in the races.” 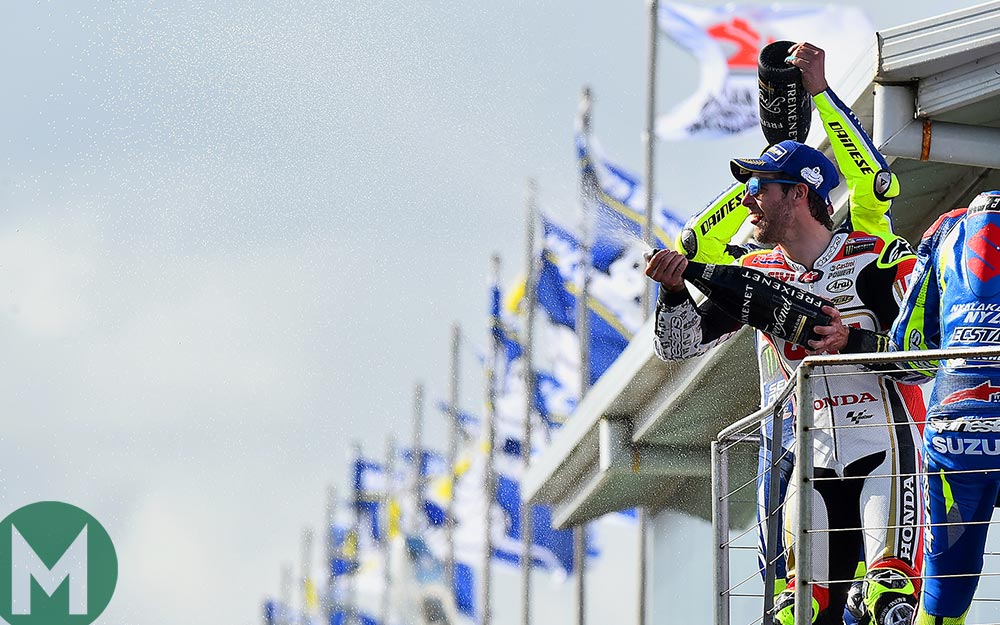 Cecchinello, whose LCR squad last year became one of only two indie teams in a decade to win a MotoGP race, believes the racing will get even better in the coming years as the indie teams challenge the factory teams more strongly. And not only because they’re getting more money.

“The fact that there are now more manufacturers in the championship puts more pressure on them to perform, so they will need help from the independent teams to develop their bikes,” says Cecchinello. “So the manufacturers will work more closely with the us and the difference between the factory bikes and our bikes will become even smaller.”

MotoGP has been moving in this direction for some time, with Cal Crutchlow’s 2016 Brno and Phillip Island victories proving that the category’s (whisper it) socialist model is working well. Last month’s Phillip Island tests continued the trend, with Folger and Crutchlow fourth and fifth quickest, ahead of nine factory riders.

Already last year the machinery in MotoGP was more evenly matched than at any time since the birth of Grand Prix racing in 1949, with only small differences in performance from the front to the back of the grid. For many decades things were very different, most especially in the 1960s and 1970s when MV Agusta raced its exotic multi-cylinder machines against grids filled with Norton and Matchless singles.

The equalisation process began in the late 1980s when tobacco money arrived in a big way. Suddenly, many teams had the financial backing to lease factory-spec bikes from the factories. Those halcyon days of big budgets ended when tobacco sponsorship was banned following the 2006 season. Dorna’s current support for the smaller teams is a direct result of that ban and of the global financial meltdown that immediately followed. Essentially, Dorna has admitted that smaller teams cannot raise the money required to run MotoGP machinery, so they’ve had to put their hands in their own pockets. These outgoings are part-funded by Dorna’s lucrative deals with pay-TV stations. 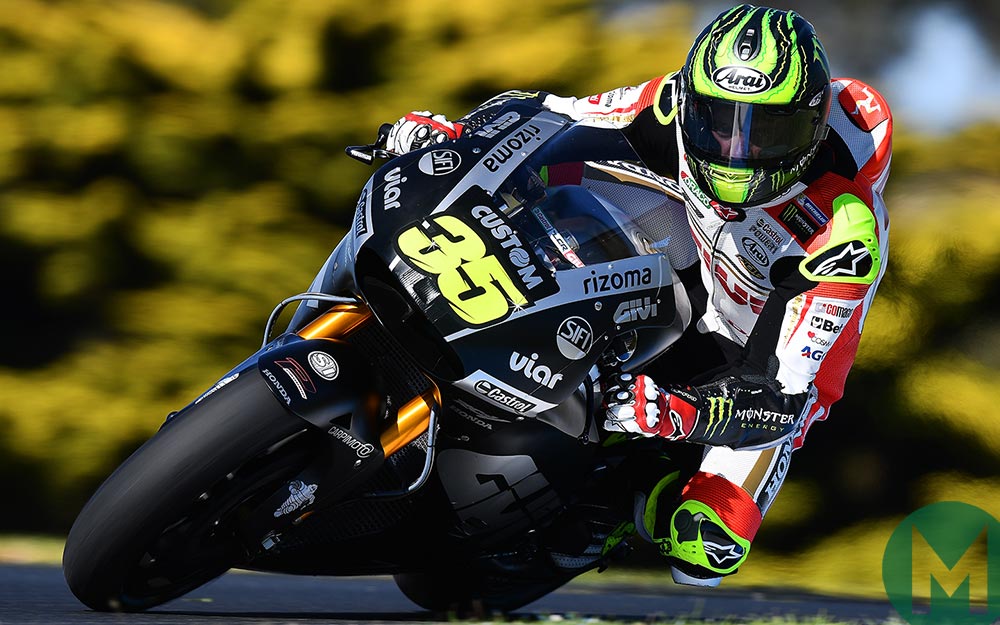 The other important clause in Dorna’s new contract requires every manufacturer to make factory-spec bikes available to independent teams for a maximum lease fee of 2.2 million euros per rider. The idea is that the indies can use this competitive environment to negotiate reduced lease fees. This is already happening.

“I have had two other manufacturers approach me with different offers, one was lower than the maximum price, so it was an aggressive offer,” says Cecchinello. “So this again means that the manufacturers must look after their independent teams, otherwise we can go and work with a different manufacturer.”

It has taken Dorna a long time to get here, following years of sometimes fraught negotiations with the manufacturers, who obviously wanted to retain their dominance.

There are downsides, of course. Equalising machine performance has inevitably created homogenous technology, which doesn’t please some fans. And getting here hasn’t been cheap, with multiple changes of technical regulations costing a fortune.

“All the technical changes over the past decade have doubled costs,” adds Cecchinello. “But I think it’s been worth it, because finally we have a very equal category in which different manufacturers and different riders can win races, plus the gap between the factory and independent teams is less. I think Dorna have done an excellent job.”

These technical changes began in 2007 when Dorna restricted engines to four cylinders and reduced capacity from 990cc to 800cc.

“So the factories had to design completely new engines,” Cecchinello continues. “Dropping capacity to 800cc was a big mistake because they didn’t include an rpm limit, so the engineers worked to find more power by increasing rpm and switched to pneumatic-valve engines, which cost much more than valve-spring engine. After a few years the 800s were replaced with 1000s, but still without a rev limit, so the pneumatic valves stayed.

“Then came the seamless gearbox, which increased costs a lot. Now you need an extra technician to take care of the transmission and usually this must be someone from the factory’s own staff because there are many secrets inside these gearboxes.”

The move to unified software has also increased costs, for the time being, at least. 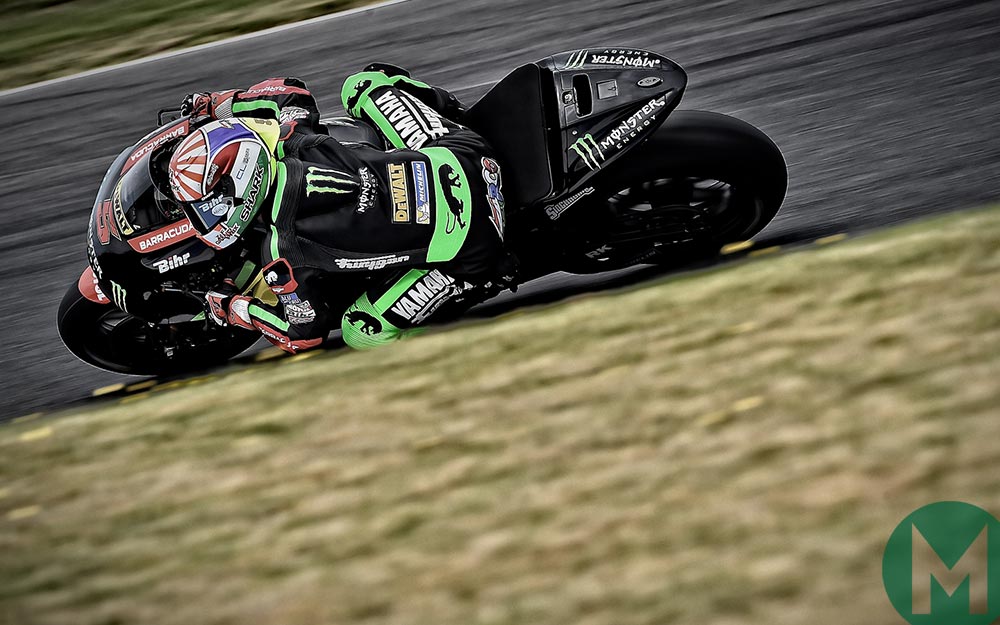 F1 went through a similar phase following its introduction of unified software, but once they had fully adapted to the new system, electronics cost dropped by half.

Dorna’s only other real mistake, apart from the 800s, was increasing the minimum weight to 162 kilos to equalise the factory bikes with the Open and CRT bikes

“Quite quickly everyone realised that the heavier bikes needed bigger brake discs,” says Cecchinello. “So we had to buy 340mm discs as well as 320mm discs. In one season we spent more than 100,000 euros on discs.” And that’s for one rider!

“And the change to Michelin tyres has cost money. The new tyres have different grip characteristics and make the chassis work in a different way, so the factories have done a lot of work on this. I’ve never seen so many new swingarms as I’ve seen over the past two seasons!

“Now I hope we will keep the technical rules as stable as possible in the future, so that we don’t have extra technical expenses.”

If machine costs have increased in recent years there has been one area where costs have reduced: rider salaries, at least for non-factory riders.

“The financial crash reduced the cost of a good rider, but not a top-five rider, by 50 to 60 per cent,” reveals Poncharal. “Before the crash you couldn’t get a good rider for less than a million euros; now it’s significantly less.”

Although most indie teams will be boosted by Dorna’s generosity, LCR and Tech 3 won’t notice the improvement immediately. Cecchinello is still paying off the debts incurred when sponsor CWM FX left him in the lurch in 2015. Meanwhile Poncharal says his extra millions will be swallowed by increased machinery lease fees, because he had been getting his Yamahas at a bargain price. Dorna’s increased indie payments are also funded by reduced payments to the factories, so Yamaha is compensating themselves by charging Poncharal more. But if he’s unhappy with that, he can look for a better deal. KTM will lease bikes from 2018, with Suzuki and Aprilia are likely to follow.

Dorna’s idea is to have the current six manufacturers; each with two factory-team riders and two independent-team riders, to give them a maximum of 24 riders on the grid. This year’s grid is just one short of that number.