Last season Brembo judged Red Bull Ring to be one of four MotoGP circuits that placed extreme demands on its brakes, along with Twin Ring Motegi, Sepang and Barcelona.

Not any more. “After the last two weekends I can say Red Bull Ring is now the worst circuit for brakes, even more than Motegi,” says Andrea Pellegrini, MotoGP engineer at Brembo, which supplies the entire grid, because no other company has been able to match the Italian firm’s braking performance.

But how come the slowest bike on the grid – Yamaha’s YZR-M1 – had the biggest braking problems?

Simple. Riders with faster bikes have more speed to scrub off when they hit the brakes, but because they know they enjoy an advantage on the straight they can brake in a calmer, more controlled way. Riders aboard slower bikes are desperate to make up for time lost on the straight, so they are very aggressive on the brakes, asking more of the braking system.

That’s why Maverick Viñales had to abandon ship when he ran out of brakes on Sunday, causing the fiery Turn One accident that brought out the red flags. It’s also why championship leader Fabio Quartararo struggled with brake problems throughout his time at Red Bull Ring, MotoGP’s fastest track. Both were braking so hard to compensate for the YZR-M1’s lack of straight-line speed that their braking systems couldn’t cope.

Inevitably their problems were magnified in race conditions: the extra urgency of racing, multiple consecutive laps on the limit, while often drafting other riders, which restricts the flow of cooling air. Once carbon brakes get far beyond their maximum operating temperature – around 1000 degrees Celsius – the carbon oxidises, disc and pad wear increase dramatically and, finally, the material disintegrates. Hence Viñales had no pads when he braked for Turn One on lap 17.

“Suddenly the brakes went – the pads went away. I understood very well that the brakes were gone, so I decided to jump.”

“This is something I’ve never had in my career,” said the Spaniard after the race. “The bike felt fantastic in the first laps – but no top speed – then I started to lose front-brake pressure. I ran off the track once, made three slow laps, then pushed again, then I lost pressure again. Then the brakes came good again, so I was recovering time, then suddenly the brakes went – the pads went away. I understood very well that the brakes were gone, so I decided to jump.”

But why did Quartararo and Viñales have much bigger problems than anyone else? Because it seems Yamaha made some serious mistakes with their brake set-ups at Red Bull Ring, choosing combinations that would’ve been more suitable for circuits where braking is less of an issue.

In fact all riders had a difficult time with brakes at Red Bull Ring – no surprise if the track asks more from braking systems than any other MotoGP venue – but they managed to stay on the right side of critical.

“We are really on the limit, like everybody,” said Ducati’s Andrea Dovizioso, winner of the previous weekend’s Austrian GP. “It’s a bit more than in the past, because there’s always a small step forward in the bikes, so we are braking harder and harder.”

Brembo believes there are two main reasons for increased demands on brakes this year: better aero and Michelin’s 2020 rear tyre.

“The aero of the bike gives more downforce when riders brake, so they can brake harder,” adds Pellegrini. “Also the new rear tyre has more grip, so it pushes the front into corners, so riders have to use the front brake more.”

All riders used high-mass 340mm discs at Red Bull Ring and nearly all the front runners chose either the heavy-duty 2019 caliper or the 2020 caliper, which is finned to increase heat dissipation and has less fluid to improve consistency and reduce sponginess at the lever.

However, in the Austrian GP Fabio Quartararo used the standard 2019 caliper, which caused the championship leader to go straight at Turn Four during the race, relegating him to last and costing him vital points at the end of the restart. No surprise that Quartararo switched to the 2020 caliper for last weekend’s Styrian GP, but he still struggled to keep brake temperature under control.

Viñales stuck with last year’s standard caliper because he preferred the feeling from that system, but there’s little doubt he made a major mistake.

The last big upgrade in brake performance came at Motegi in 2013, when Brembo introduced its 340mm discs, which are now mandatory at some tracks. The larger discs were necessary because MotoGP’s new 1000cc machines, introduced in 2012, were faster and seven kilos heavier than the 800s.

At Motegi in 2012 Ben Spies burned the brakes on his M1, running off the track and crashing at the first corner, in slightly less spectacular fashion than Viñales last Sunday.

The 340s increased braking power by 20 per cent and reduced temperatures by 100 degrees, keeping well below the critical 1000 degrees. Maximum advised caliper temperature is 200 degrees.

“We suggest to teams that they keep caliper temperature under 200 degrees, because otherwise the fluid becomes too hot, then you have more lever travel, so you can’t generate enough pressure in the system for good braking,” says Pellegrini. “If the teams use our 2020 caliper and use a good air-duct solution the temperature should be around 150 to 160 degrees.”

Yamaha must be happy that only one circuit of the remaining nine rounds of the 2020 MotoGP series – Barcelona – is an extreme braking circuit. Brembo rate each track as very hard, hard, medium, easy or very easy. Misano, Le Mans and Valencia are medium, while Aragon is hard. The Algarve circuit, venue for the season finale, also looks like a medium circuit.

How to win MotoGP races with less horsepower

If Sunday’s red flag was a dream come true for those who made a hash of the first MotoGP start it was a nightmare for Joan Mir, who was without doubt on his way to a first MotoGP victory until Maverick Viñales ran out of brakes and set fire to the air fence at Turn One.

The previous Sunday Mir and Álex Rins had battled for victory at Red Bull Ring with Andrea Dovizioso and Jack Miller, but their inline-four Suzuki GSX-RR struggled while battling with Ducati’s fast-accelerating and late-braking Desmosedici V4. Every time they inched past they were mugged and baulked.

The only way for the rider of an inline-four to exploit his motorcycle’s finer handling is to get clear of the V4s, so he can use his superior corner speed, without the V4s getting in his way. Once he makes enough of a break so he can focus on that, rather than restricting himself to attacking or defending lines, he will be very difficult to catch.

And that’s exactly what Mir did. He got past Miller on lap four and rode a blinder of a lap the next time around – the fastest of the race – to put half a second between himself and the pack. With no chance of being attacked by the V4s he was able to carve perfect lines and effortlessly pull away, despite a 4.2mph top-speed handicap against the 194.4mph Ducatis. By the time the red flags came out he was 2.4 seconds ahead, with 16 of 28 laps done.

The Suzuki’s advantage is corner speed, which doesn’t only help in the corners. If a rider can carry 2mph more than his rivals through the corner and into the exit phase that’s 2mph he’s gained that will stay with him down the straight. Plus he’s made that speed without aggressively opening the throttle and pushing almost 300 horsepower through rear the tyre, which helps tyre life.

Also an inline-four’s handling allows it to use the rear tyre more evenly, while a V4 works the shoulder of the tyre harder, because it makes its time by gassing it up on the corner exit. And Michelin’s 2020 rear slick helps in this regard, with more even grip between the edge of the tyre and its traction area.

“The Suzuki is so good in the middle of the corner and they have become better at braking, so now they are very similar to us on the brakes,” explains Ducati’s Dovizioso. “Their acceleration is not as good as ours but they can exit with more speed and when you exit with more speed you don’t have to use the rear tyre so much, because you don’t have to pick up the bike and use maximum throttle, because you’ve made the speed in the middle of the corner, so you use the tyre a bit less, which is why Mir and Alex Rins are so good at end of races.

Next stop is Misano – more corners and fewer straights – which should in theory suit the GSX-RR better. In fact the bike has never had great results there, but Suzuki test rider Sylvain Guintoli tested there in June, which should help Mir and Rins adapt to the new surface quickly. The main issue might be the first-gear hairpin onto the back straight – will they be able to make enough of a difference through that corner to keep the faster bikes behind them on the straight? That could be the crucial factor. 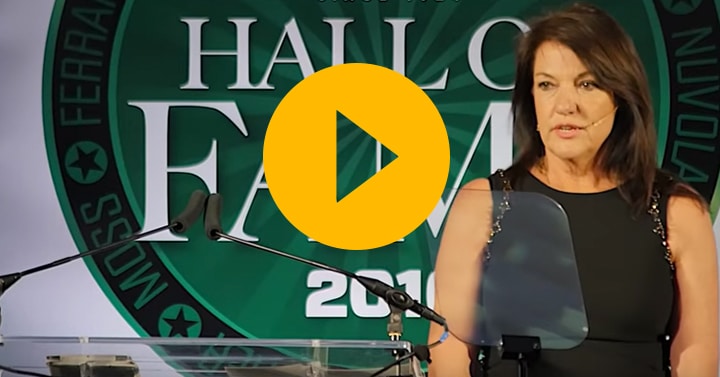 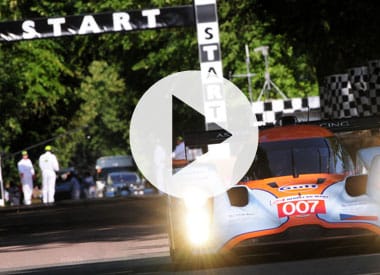 The Goodwood Festival of Speed is one of the most important car events of the year. It attracts Formula 1 teams and drivers, fanatical historic racers and some of the… 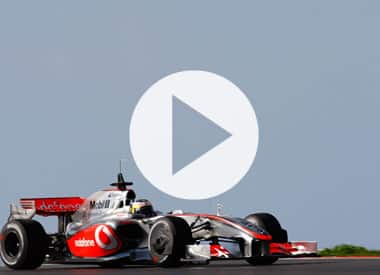 McLaren in the office Grand Prix

This is quite simply, brilliant. Bear with it and you may well see a rather novel way of cost cutting in Formula 1. Who needs the drivers anyway... [youtube]http://www.youtube.com/watch?v=FiLoANg6nNY[/youtube] How… 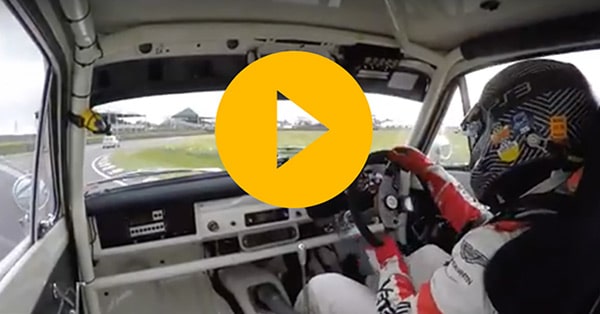