Johann Zarco is one of MotoGP’s most talented riders, but he’s signed with a factory that hasn’t come close to the podium, let alone victory. Has the Frenchman lost his mind? 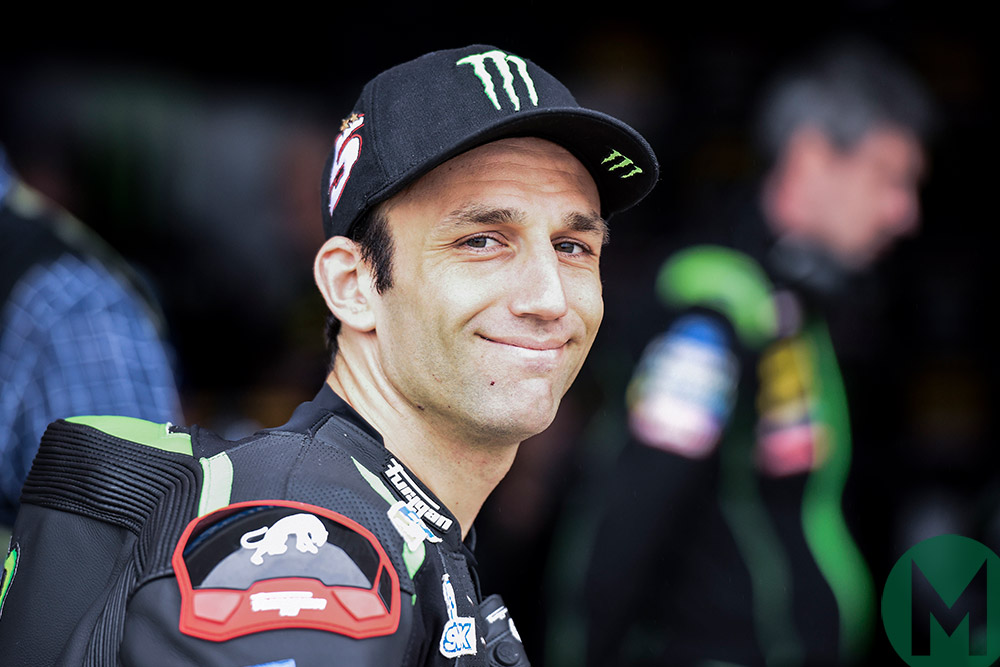 The normal trajectory for an up-and-coming MotoGP superstar goes something like this: prove your talent in Moto2 or show your skill aboard a so-so MotoGP bike, sign with a winning factory, then become MotoGP world champion.

Johann Zarco’s MotoGP stock couldn’t be higher than it is right now: the Frenchman is a front-row and podium regular on a second-hand motorcycle that was designed for the 2015 season, to work with Bridgestone tyres and tailormade factory electronics. And yet despite all this he might just become the first privateer premier-class world champion in the 70-year history of Grand Prix racing.

So how come Zarco has done a deal with a MotoGP factory that has yet to come within a quarter of a mile of winning a MotoGP race?

The closest KTM came to victory in its rookie MotoGP season was 14 seconds behind Marc Márquez at Aragón last September. So far this year, the RC16’s average deficit to the winner has been 29sec. And KTM isn’t only seconds behind; it is years behind. The company has been racing in MotoGP for 18 months, compared to Yamaha which has been in the premier class for 45 seasons, while Honda and Suzuki have been there for 40 seasons each and Ducati for 17. KTM’s four main competitors have won a total of 645 races in the 500cc and MotoGP classes.

In other words, the Austrian marque has a huge mountain to climb. KTM is barely in the foothills of the MotoGP world championship; it has merely established its basecamp. In the far distance, partly obscured by clouds, is the summit it plans to conquer.

So does Zarco really believe he can win on KTM’s RC16?

“I hope so,” he told me at Jerez. “My coach trusts that it’s a good bike and he trusts that KTM can develop the bike a lot. He also trusts that if I get on the bike that I can push it to the limit. I don’t think too much and analyse what KTM are doing now. I will see when I try the bike in in November…”

Zarco’s coach is Laurent Fellon, a former racer and tuner who became the youngster’s mentor and manager 11 years ago when the teenager loaded up his 50cc scooter and rode 150 miles to live at the Fellon household, where racing is everything.

Fellon is more of a motorcycle guy than a money guy, so he’s mostly into the riding aspect of racing. This makes sense: ride faster and the money will come.

“The KTM is a good bike, sure,” says Fellon. “Yamaha did not want Johann, Honda has Márquez, not possible with Ducati and Suzuki messed us around with a contract in 2016, so we are finished with them. KTM are always focused on victory. It has won everything: Supercross, motocross, Dakar, 125cc roadrace GPs, 250cc GPs, Moto2 races and the Moto3 world championship.”

That much is true – whenever KTM enters a new racing class, on dirt or asphalt, it ends up winning.

Fellon is a former racer who watches MotoGP from trackside, analysing techniques, then feeding back to Zarco, so he can find those extra hundredths and thousandths. At the same time he analyses the motorcycles.

“At the Sepang tests I watched between Turns 1 and 2,” he adds. “The Suzuki looked good, the Ducati very good and the Honda good. I watched Kallio [Mika, KTM’s super-fast test rider] for three laps behind Márquez. For sure, the KTM is a good bike.”

Most of all, Fellon has total belief in his rider, who continues to perform magic on his indie-team YZR-M1.

“Before Johann, Tech 3 had Bradley Smith and Pol Espargaró. Neither of them did much. Now Johann is on the same bike and he makes many podiums. He is a very good rider.”

Zarco has a lot of talent, but he also has Fellon coaching him at every MotoGP round and then again at home, where the 27-year-old hones his craft riding a supermotard around go-kart tracks. His riding technique is beautifully smooth and clever, which comes partly from himself and partly from Fellon, because Fellon believes this is the correct way to ride a MotoGP bike in the era of Michelin tyres and lower-tech control electronics.

“This is the concept of my schooling,” he says. “If you ride smoothly, then you will use the chassis, suspension and tyres better. It’s logical. You must train and train and train, always using your head. This is my programme and this way you will be safer, faster and get more from the tyres.”

“Pol is very aggressive: push, push, push on the throttle and brakes,” says Fellon. “But Kallio rides smooth and precise, like Johann.”

At Jerez on Sunday, Espargaró and Smith were beaten by Kallio, riding a prototype 2019 RC16, with reverse-rotating crankshaft. This aligns the V4 with the rest of the grid. Last year KTM followed Honda and others by replacing its screamer engine with a big-bang configuration, to improve user-friendliness. Now KTM has a crankshaft that spins backwards, just like the other factories, to make the bike turn quicker, change direction faster and suffer less from acceleration-sapping wheelies.

Kallio finished 19.4sec behind Márquez, which was much better than KTM’s average 33sec deficit at the first three races.

“The first three tracks were also difficult for us last year,” says Espargaró’s crew chief Paul Trevathan. “This year we really struggled with tyres at all three, plus we were still firing new parts at Pol that we hadn’t had time to test during preseason.

“When the tyres are not so bad then the bike is not so bad. Our bike needs a lot of grip to work well – it struggles at low-grip tracks. Mechanical grip is the clear thing we are missing; we’re just not pushing the tyres the right way.”

KTM continues to experiment with numerous different frames, which is an advantage of using tubular steel over machined aluminium sections; it’s much quicker to undertake revisions or entire redesigns. Last year chassis engineers kept softening the chassis in search of better turning and grip. It has made its biggest step at Aragón, where a substantially softer chassis allowed Espargaró to turn the bike and point it out of the corner sooner.

“It’s not just a setting thing; it’s getting the bike to do the things it needs to go fast,” adds Trevathan. “The bike has a character and we need to change that character, so we’re not just looking at settings and weight balance. We are 100 per cent playing with frame and swingarm stiffness; we never stop.”

“With the tyres we’re on this knife edge; it’s not just the other factories that suffer with the ups and the downs, but they seem to affect us more. The bike either works or it doesn’t work. Making the chassis more flexible may make the bike better in low-grip situations, but if it’s too soft it doesn’t push the tyres in the right way. The thing our riders hate is this floating feeling, when the tyre isn’t grabbing the surface. We have that too often and it makes everything difficult for us.”

A MotoGP engineer’s job isn’t purely technical, it’s also psychological: “The biggest problem for us isn’t the technical challenge, it’s more keeping the rider under control,” explains Trevathan. “He comes in, he’s got a bad feeling with the bike, so he wants you to change everything. Sometimes the guy gets so unsettled that you’re not sure if you should touch the bike and then you’ve got to test stuff as well. It’s a vicious circle, which is horrible.”

Trevathan doesn’t think having two riders with very different riding styles will be a problem next year; in fact it could be an advantage.

“What Pol really likes about our bike is that you can be aggressive with it and it really responds to that. If you’re a super-smooth guy we’re going have to find out what we need to make that work. Mika is a lot smoother, so the bike does respond to that, and it will have to with Zarco. It could be hard on us if we have to go in two different directions, but we’ll learn a lot either way, and it will make us think outside of the box.”


KTM motor sport director Pit Beirer also believes that Zarco will strengthen his MotoGP project, because a faster rider pushes the bike further, which highlights hitherto unnoticed problems, so that the rider can push the bike further still and so the process continues.

“There is a still a certain risk for a rider to come here because of course there is a question mark about how far KTM can go,” Beirer admits. “With Tech 3 joining us we are almost doubling our effort, building up from zero like we did in Supercross and everything else. It’s a step-by-step thing: you need to gain experience as nothing changes overnight. I’m sure Johann will make us stronger, because he will ask us the right questions.

“One of the good things about Johann is that he ignores a lot of the technical information. He takes the bike and makes it better with his riding. There’s a moment when a rider needs to stop thinking about technology and just twist the throttle. That’s why you need a strong rider.”

If Beirer believes in Zarco, then Fellon certainly believes in KTM. “Attention!” he grins. “KTM and Red Bull have no limits!”

Only time will tell…