As MotoGP’s superstars rode out on Saturday night to tweak their black boxes and twiddle with their high-speed rebound adjusters, the world’s greatest motorcycle race was roaring into action 7000 miles away. 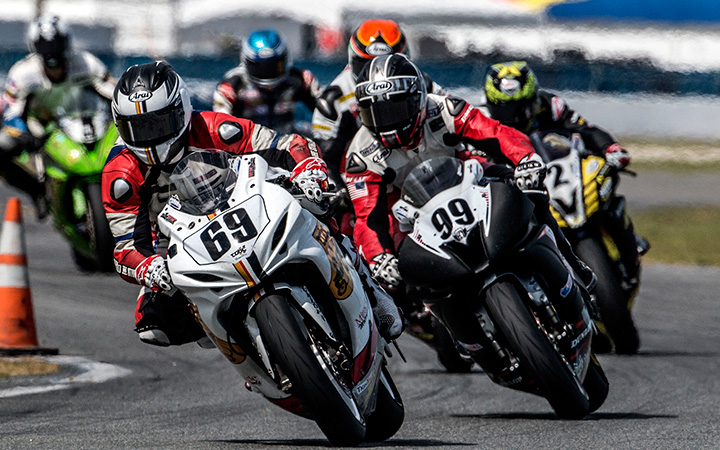 Not that anyone seemed to care. While cyberspace was afire with every detail of the final preseason tests outside Doha, the 74th running of the Daytona 200 didn’t even raise a ripple in motorcycling’s Twitter-sphere. It wasn’t even televised. 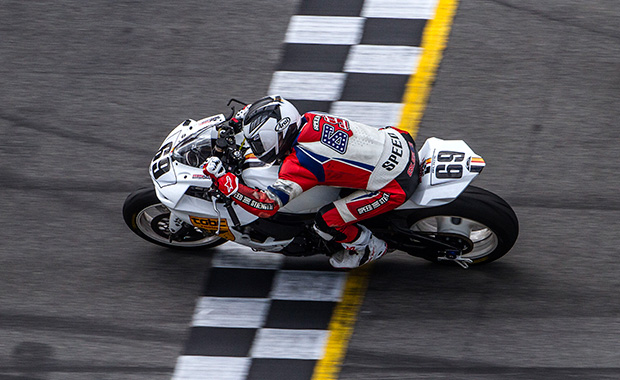 Not so long ago the 200 really was the world’s biggest bike race. It meant fame and fortune to any rider who could capture the gigantic trophy. Those who have done so include many of the greats: Giacomo Agostini, Steve Baker, Johnny Cecotto, Graeme Crosby, Nicky Hayden, Eddie Lawson, Gary Nixon, Wayne Rainey, Cal Rayborn, Kenny Roberts, Scott Russell, Jarno Saarinen, Kevin Schwantz and Freddie Spencer.

The race probably meant even more to the factories. It was certainly their biggest marketing opportunity of the year, selling vast numbers of motorcycles in the booming US market and across the world.

Daytona was also the first big race of the season: a sunny Florida signal to everyone – especially fans still shivering in Europe – that the long, cold winter was over.

And its mid-March date made it the ideal shakedown for the coming season. During the 1980s, Honda and Yamaha didn’t conclude their winter preparations at a test track, they took their latest 500 Grand Prix bikes to Daytona and sent them rocketing around the banking. 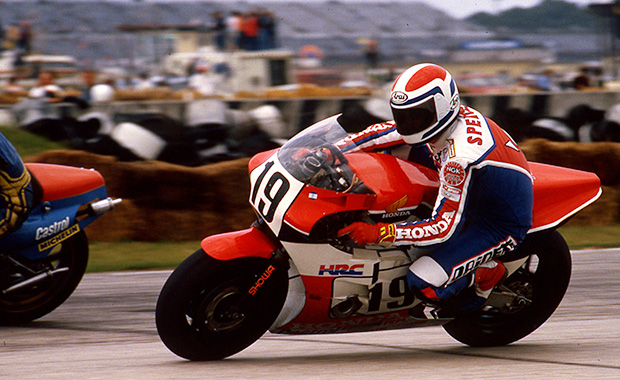 Roberts and Spencer enjoyed several epic Daytona duels which nicely warmed them up for their Grand Prix battles. In 1984 Spencer rode around the banking on Honda’s new-fangled ‘upside-down’ NSR500 at over 190mph! Engineers say there’s no greater test of an engine than the Daytona banking: flat-out in sixth gear for a couple of miles every lap, the g-forces pushing the crankshaft deep into the crankcases, causing bearings to cry out for mercy.

The Daytona 200 is a shadow of its former self for all kinds of reasons. Tyre scares have haunted the event ever since the rear tyre on Barry Sheene’s Suzuki XR11 came to pieces and flung him down the road at 170mph. In recent years the race has been restricted to 600cc supersport bikes, because no-one is keen to find out whether the combined onslaught of a 200hp, 1000cc superbike and Daytona’s 30-degree banking will be too much for current tyres.

The 600s have certainly taken a huge bite out of the event’s credibility. Decades ago the race was ruled by the fastest, scariest motorcycles on this planet, most notably Yamaha’s fire-breathing TZ750 two-stroke, which won nine consecutive victories from 1974 to 1982.

Money, of course, has played its part. A few decades ago, most riders earned little or nothing at Grand Prix events (because the promoters knew they had to be there), so Daytona and other non-championship races were vital paydays. 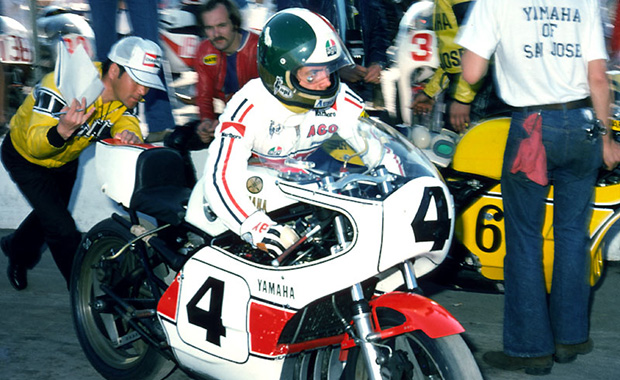 But arguably the biggest nail in the 200’s coffin are the modern racing calendar and the modern racer’s contract. MotoGP riders are committed to a full 18-race season plus testing, so they have no time for extra-curricular activities. And even if they did, teams and sponsors might not be keen to see their prize riders risking their necks away from the MotoGP TV cameras.

When Daytona was the traditional big-time season opener, the Suzuka Eight Hours was the big middle-of-the-season moment. In late July Grand Prix riders would drop what they were doing and head to Japan, where they would boil on burning hot motorcycles in the suffocating heat and humidity, then rush back to get on with their day jobs. Rainey, Lawson, Schwantz, Mick Doohan, they all had to do it, no matter how delicate the situation in the 500 World Championship. Eventually, however, most of them got the race written out of their contracts because it was too disruptive to their only goal: winning the 500 title.

Is it a shame that bike racing has lost the glitter of these non-championship races? You bet it is. They provided a welcome change from the grind of week-in, week-out championship competition and they allowed fans to see the world’s best riders do different things on different bikes. 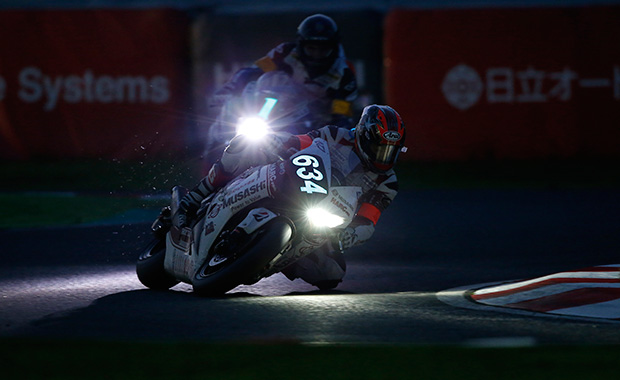 In case you were wondering, this year’s Daytona 200 was won by Danny Eslick, who out-drafted Josh Herrin on the race to the finish line to win by 0.086sec.

And what of the MotoGP twiddling and tweaking that was going on at that exact same time?

As we all know, Losail is an unreliable provider of form. The track is unusual and the conditions unique, so you shouldn’t believe everything you see, even if Marc Marquez and Valentino Rossi were first and second in last Qatar race and again in the final championship standings.

Nevertheless, it is obvious that Ducati have made huge strides forward, confirming what most of us already knew: that Gigi Dall’Igna is a very clever man. Much of the talk over the weekend centred around the GP15’s new winglets and what compound tyres Andrea Dovizioso and Andrea Iannone were running. There’s a good reason for this: they’re the only visual clues to what’s going on with the latest Desmosedici.

At its heart, the GP15 has a smaller engine, which has allowed Dall’Igna to use the geometry he wants to use, rather than the geometry demanded by the dimensions of the previous, bigger engine. Asked to name the three best things about the new bike, Dovizioso grinned and said: “Turning, turning, turning…”

All we need now is move the 2016 Daytona 200 forward a few weeks, get the technical regulations opened up to a run-what-ya-brung format and convince Ducati to enter their GP16. That would make people sit up and take notice.