Alex Zanardi has been discharged from hospital and moved to a rehabilitation centre as motor racing’s great survivor embarks on another recovery effort.

The two-time Champ Car title-holder, turned Paralympic athlete, had three operations and spent more than a month in hospital in a medically-induced coma, following facial and head injuries suffered when he collided with a lorry during a handcycle race.

Doctors initially warned that Zanardi’s life was at risk, but his condition remained stable and he was brought out of his coma last week.

His neurological condition allowed him to be discharged to a specialised rehabilitation centre, said the Italian hospital where he is being treated.

“Our professionals remain at the disposal of this extraordinary person and his family for the further stages of clinical, diagnostic and therapeutic development,” said Valtere Giovannini, general manager of the company that runs the Santa Maria alle Scotte hospital.

“The athlete spent over a month in our hospital: he underwent three delicate surgeries and showed a path of stability of his clinical conditions and vital parameters that allowed the reduction and suspension of sedation, and the consequent possibility of to be transferred to a facility for the necessary neuro-rehabilitation.” 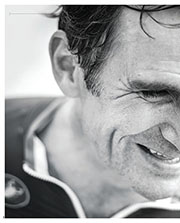 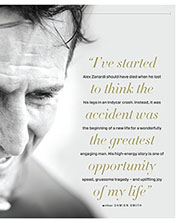 In 2001, Zanardi lost both of his legs — and almost his life — in a ChampCar crash at the EuroSpeedway Lausitz, 13 laps from the end of the race.

Twenty months later, the former Williams F1 driver returned to the track to complete the 13 laps and went on to race in the European Touring Car Championship.

He also took up handcycling, winning two gold medals and one silver at the London Paralympic Games in 2012, followed by a further gold and silver at the Rio Games, four years later.

He was competing in a handcycling road race last month when he collided with a lorry during a descent.

A criminal investigation has been opened into the incident and the race’s organisation, to look at whether safety precautions were sufficient.

On the day of his crash, BMW announced that he was due to race in the Italian GT Championship this November. He had also announced his intention to target further medals at next year’s Paralympic Games in Tokyo.