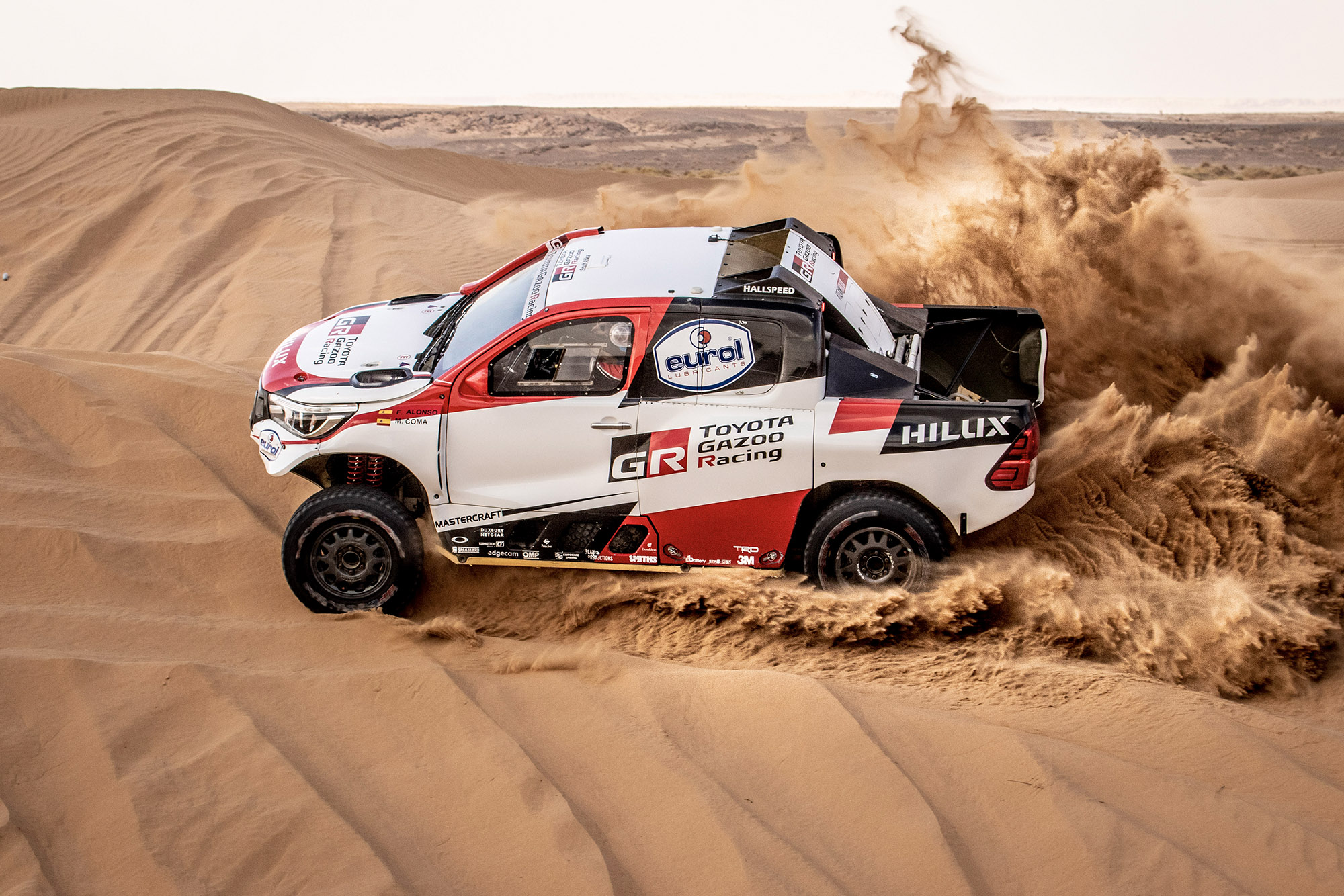 Fernando Alonso will join the Toyota Gazoo Racing team for the Rally of Morocco in the final round of the FIA World Cup for Cross Country Rallies.

It comes after testing with the Japanese manufacturer ahead of a potential entry to the Dakar Rally next year.

The Spaniard has admitted his subsequent performance in Morocco may decide whether or not he enters what is regarded as the world’s toughest rally.

In what will be his rally raid debut, Alonso will participate across five days of action on the border of the Sahara Desert and will cover over 1,500 miles.

Joining the two-time F1 champion as navigator will be fellow Spaniard Marc Coma. The 42-year-old is a five-time Dakar Rally winner and has previously tested with Alonso in the Toyota Hilux.

“We are building a strong relationship in the team together and I’m looking forward to racing with my teammates,” Alonso said.

“The team are highly experienced and successful, which gives me a lot of confidence knowing that I’m in good hands.

“I’ll definitely be comparing my performance against my experienced teammates and the field as a reference and to understand how much to push in races like this as we set our sights on the Dakar Rally.”

Alonso will be a part of a highly experienced line-up for Toyota that includes last year’s Dakar rally victors, Nasser Al-Attiyah and navigator Mathieu Baumel.

In a prior test with Toyota in South Africa just three weeks ago, Alonso rolled his Hilux and failed to finish the Lichtenberg 400 rally in what was his first taste of competitive rally action.

Ahead of the Moroccan rally, the Spanish driver has admitted his performance in Morocco would likely dictate whether or not he entered the Dakar rally in 2020.

“It may be an important moment,” he revealed.

“The clearest and most concrete idea of how I feel and whether or not I want [to compete in the Dakar] will be after Morocco.”