Just 90 days after its announcement, the Vantage looks ready to go in this year’s DTM 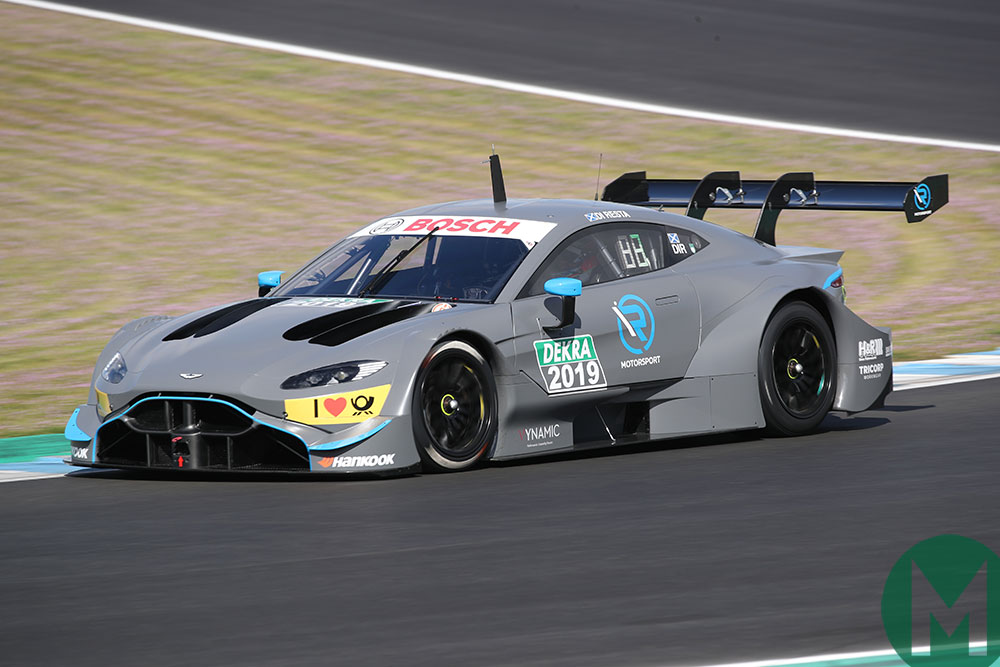 The new Aston Martin Vantage DTM car has had a track debut in a Jerez test today, seemingly ending fears that the new machine would not be ready for the opening round.

Aston Martin last October announced the surprise news that it is to compete alongside BMW and Audi in this year’s DTM series, in effect replacing Mercedes which quit at the end of last season.

The tight timescale was always destined to be challenging and as recently as a fortnight ago the team at its launch event was unable to present a car, instead presenting an ‘art car’. In addition R-Motorsport boss Florian Kamelger admitted that it was touch and go as to whether the Vantage would be ready to race in round one of the DTM at Hockenheim in early May.

Di Resta however drove the car on track for the first time in Southern Spain today and quickly declared himself pleased with it, following just 90 days of development and construction.

“Getting the Aston Martin Vantage DTM car track ready in well under 100 days has to be a DTM record,” said Kamelger. “The car is an absolute stunner to look at, and the first impressions registered by Paul are promising.

“Although we still have a lot of work ahead of us before the season opener at Hockenheim, we can feel confident that we’ve got the basics of the car right.”

“The car felt good right from the start,” added di Resta. “Right from the roll-out, everything was working perfectly, and I immediately had a good feeling in the car.”

There now will be a four-day intensive test programme to further develop the Vantage, with di Resta behind the wheel for the next two days before his team-mate Jake Dennis takes over on Thursday and Ferdinand von Habsburg on Friday.