Reconstruction work at Zandvoort is in full swing, as the circuit builds banked corners in preparation for next May’s Dutch Grand Prix 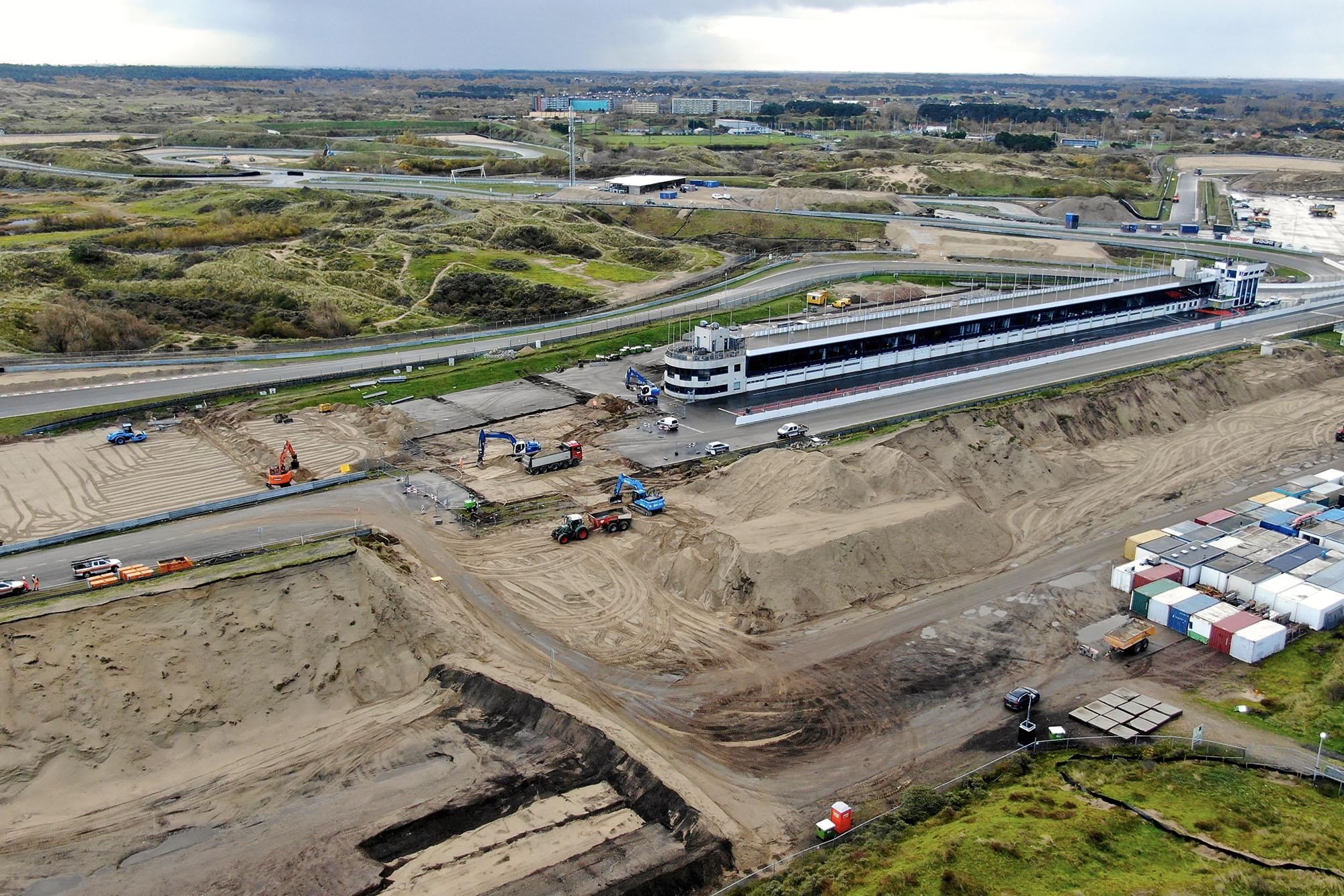 New images reveal that reconstruction work has begun at Zandvoort ahead of next year’s Dutch Grand Prix.

Banked sections of the track are being created, as dozens of diggers and trucks remodel the site, which sits in the sand dunes of Holland’s North Sea coast.

Formula 1 is due to return to the track in early May next year for the first time since the 1985 Dutch Grand Prix, and the circuit has been closed since November 4, as construction work began to prepare for the race.

That compares with Indianapolis’ nine-degree banking, and means that the top of the track will be 4.5 metres higher than the bottom. 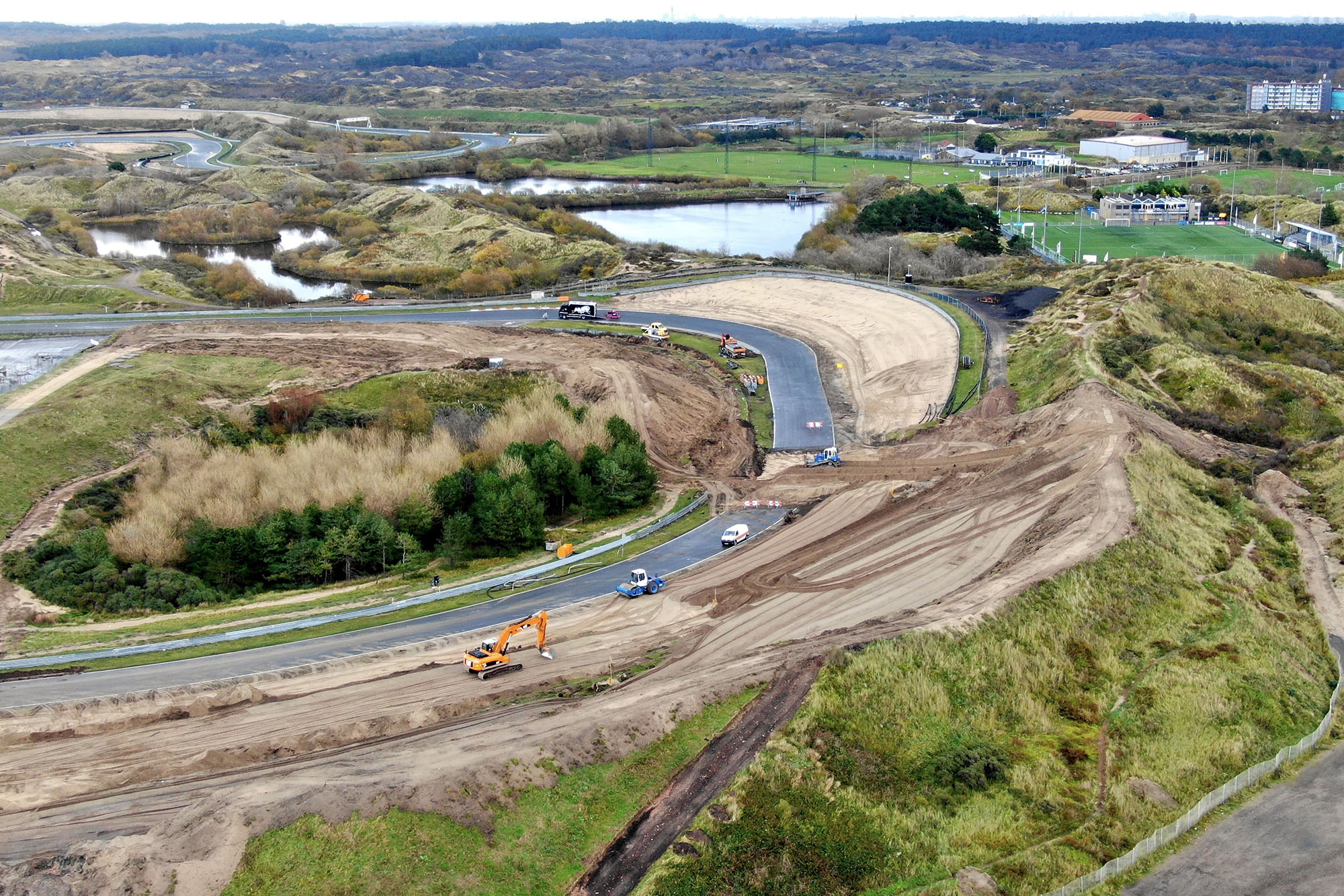 Turn Three of the circuit, which runs close to the start-finish straight, will also be banked in a parabolic curve, which ven Overdijk said would allow two cars to run side by side.

Pirelli has said that it can only increase the pressure of F1 tyres to cope with the extra load when running on banked corners, as it cannot produce a tyre that’s specifically designed for the circuit.

The company will be aware of the disastrous 2005 US Grand Prix, when the stresses from racing on the banking at Indianapolis led to all 14 Michelin-tyred cars to retire after the formation lap, and is studying data from simulations.

Also visible in the photographs is work to the infield on the main straight, where the start-finish line is being moved forward to ensure that spectators in the grandstand can see the grid. 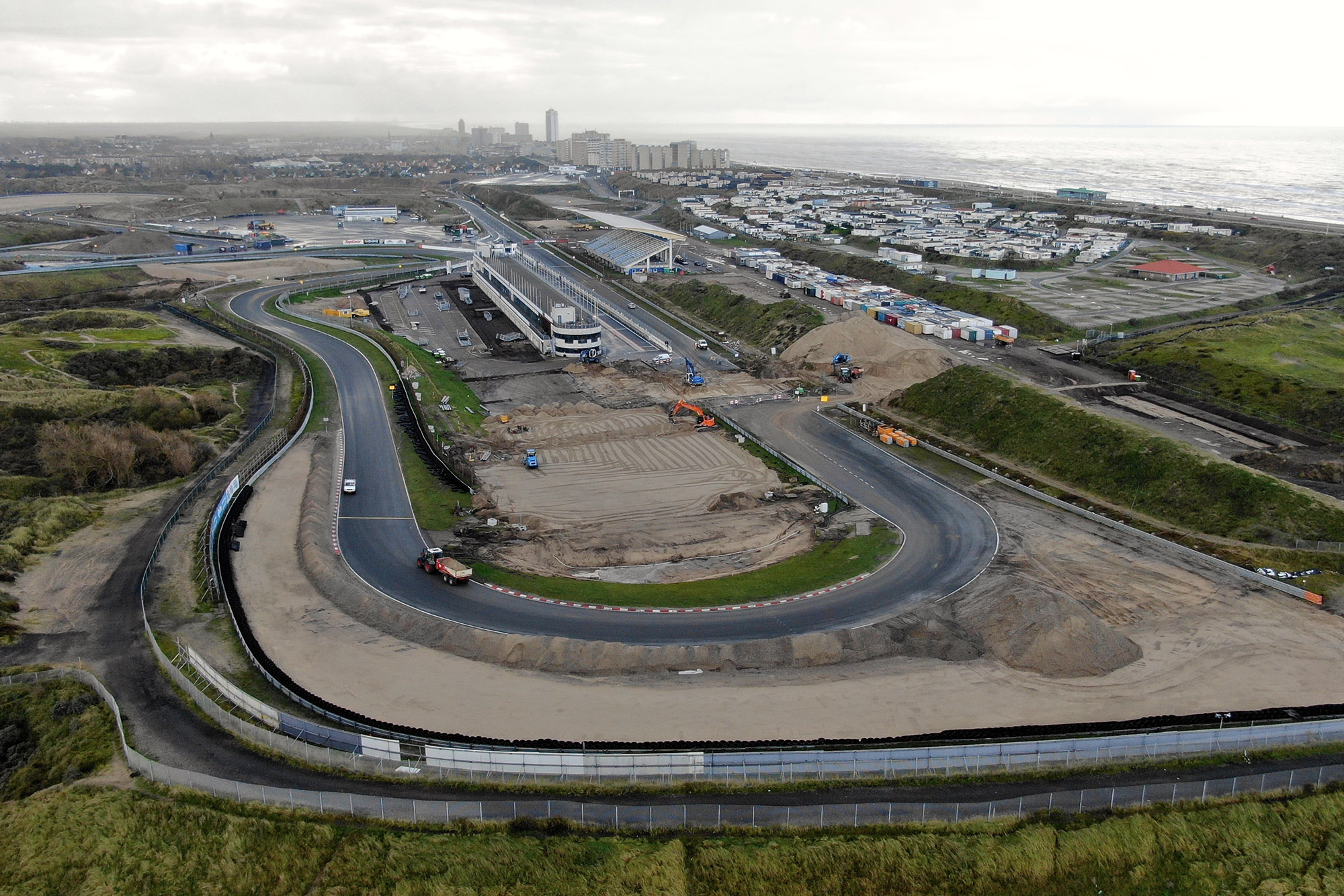 The majority of the track will remain in its historic tight format, with gravel traps rather than asphalt run-offs.

Construction work at the track only began after a series of environmental protests over work in the sensitive dune area and control of nitrogen emissions from the machinery being used.

As part of its mitigation measures, the circuit has relocated sand lizards and natterjack toads from affected areas of the dunes.