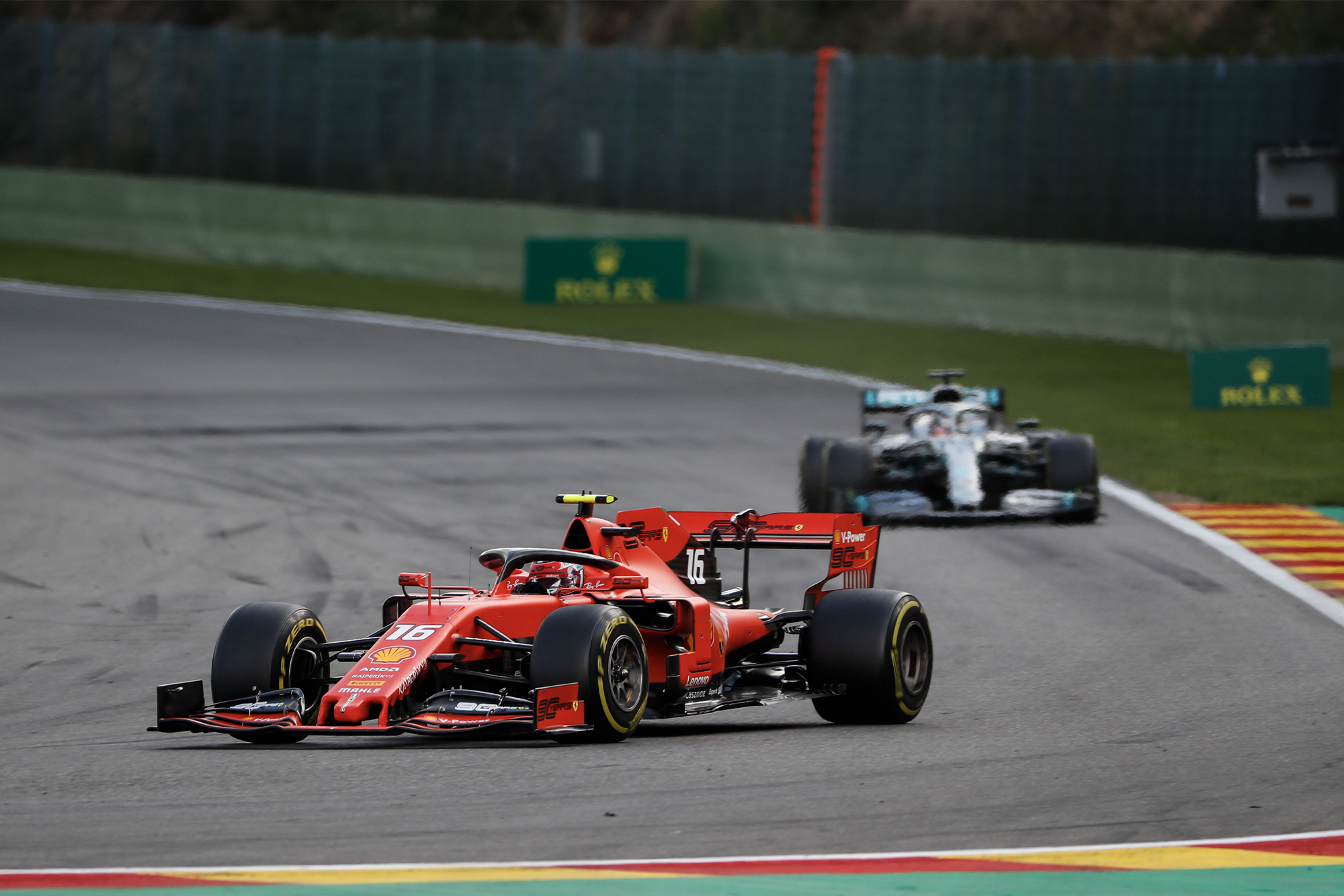 After the summer break, Ferrari returned with a vengeance — and some not inconsiderable horsepower — setting the tone for the rest of the year with a 1-2 in qualifying and huge straightline speeds leaving Mercedes wondering what had happened.

The layout of Spa-Francorchamps meant that Ferrari was the team to beat on race day but it would be closer than qualifying suggested.

Leclerc escaped into an early lead as Vettel lost second briefly to Lewis Hamilton but then slipstreamed back past with ease on the run up the hill to Les Combes. 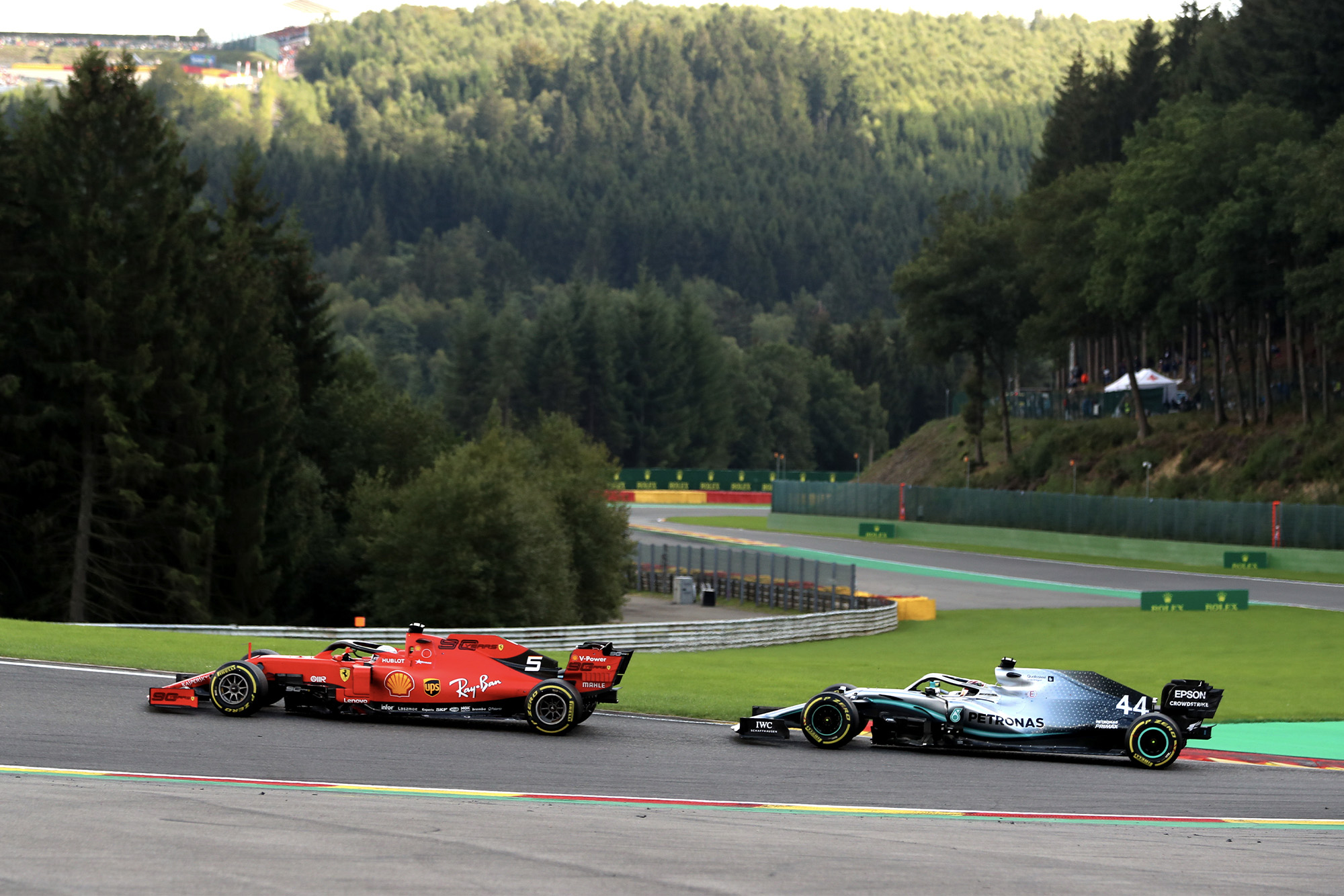 The army of Max Verstappen fans were left feeling disappointed on the opening lap as the Red Bull made race-ending contact with Kimi Räikkönen at La Source before hitting the barriers at Eau Rouge.

At the front, Leclerc pulled out an increasing gap, making himself ever more distant from the chasing pack during a strong opening stint. Behind, however, Vettel could not escape the pursuit of third-placed Hamilton, who was keeping the SF90 within three seconds. 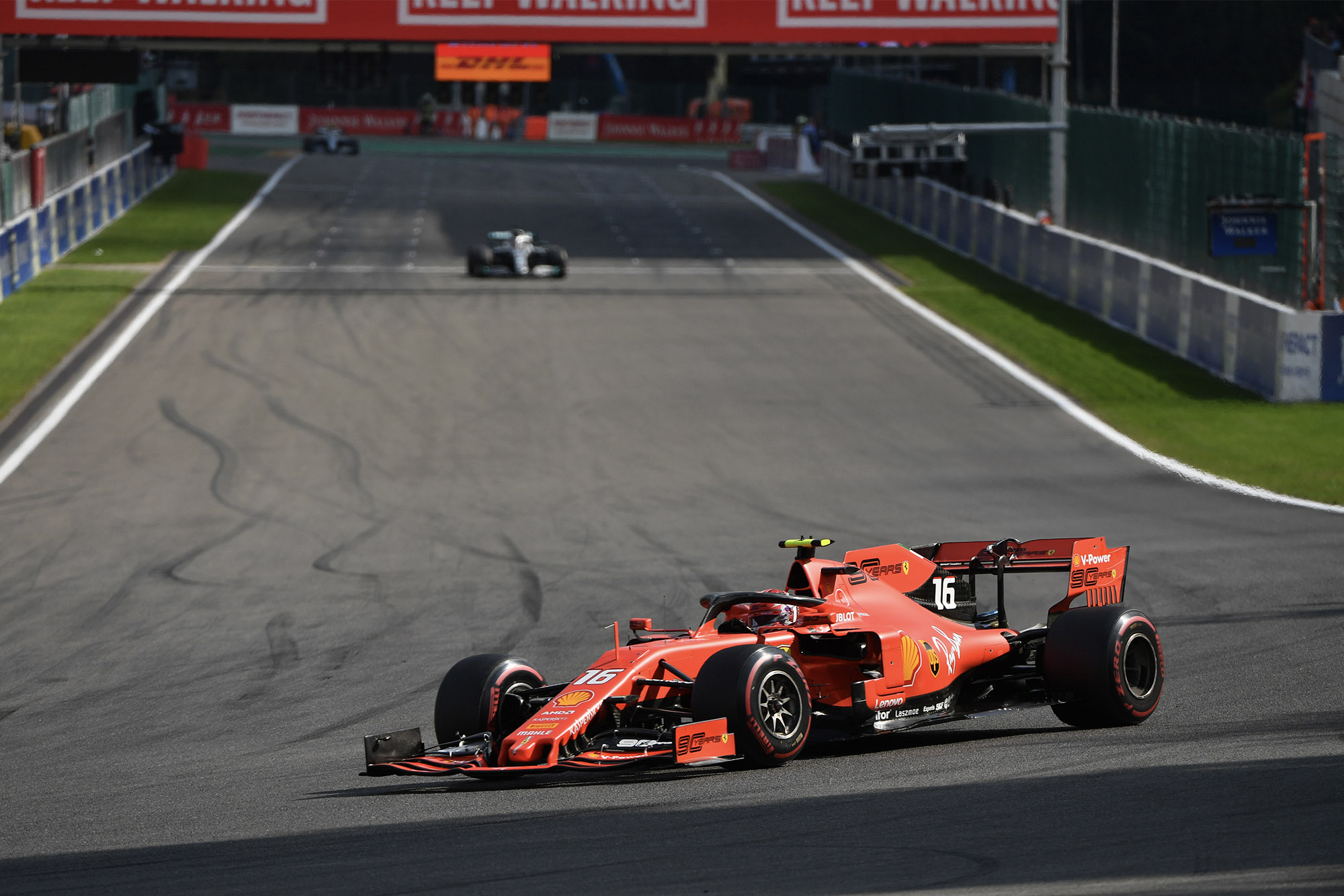 Leclerc would hang on to his lead Photo: Motorsport Images

It was clear that Vettel’s most valuable role for Ferrari was as a blocker, and so it proved. He moved over to let the faster Leclerc past, then skilfully delayed Hamilton.

It took until lap 32 for Hamilton to finally make his move, slipstreaming past Vettel on the Kemmel Straight, but he had lost vital time to the race leader in the process.

Despite the lost time, Hamilton launched into a late-race assault for the win, and quickly closed down the gap to Leclerc 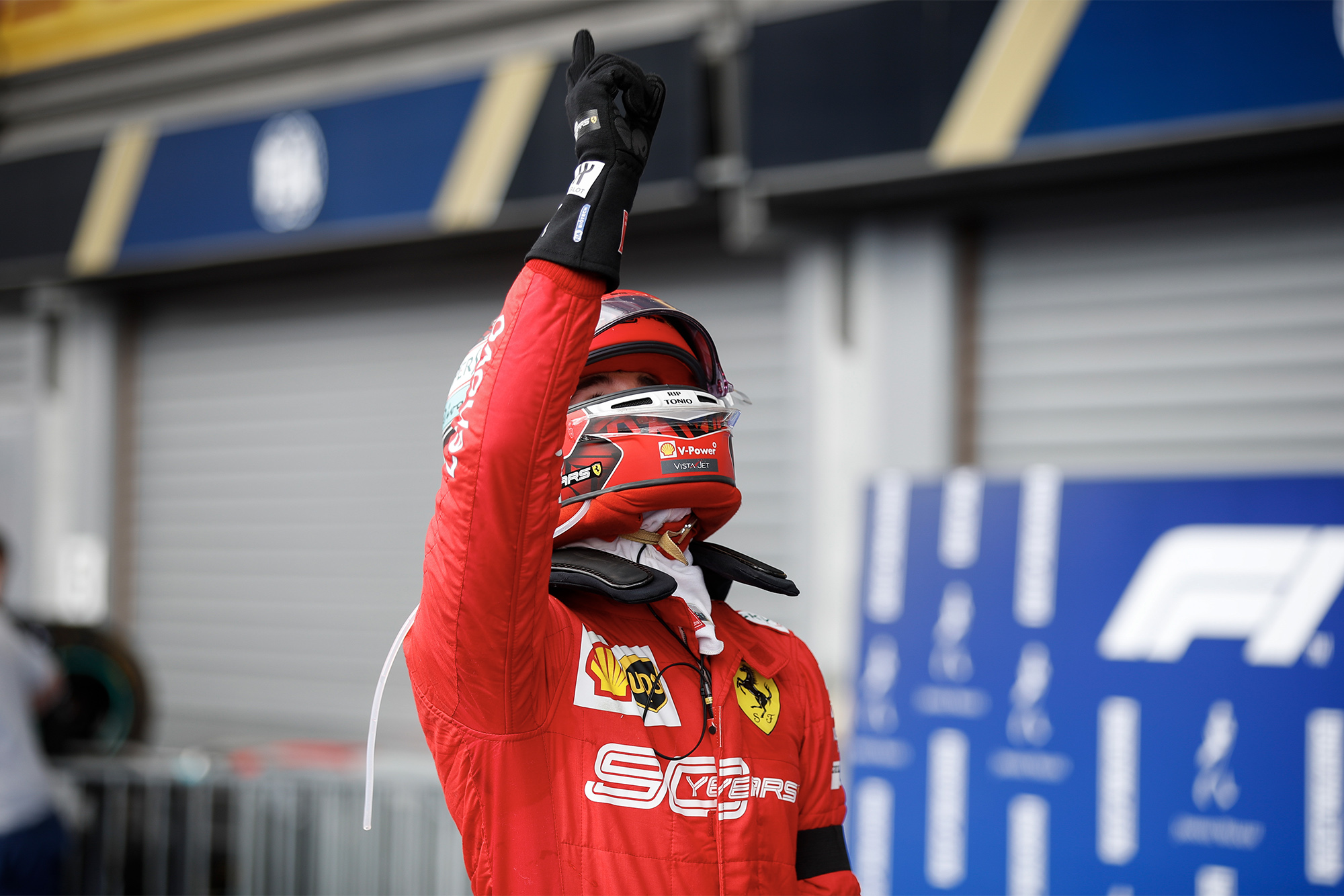 As the leaders began their final lap, the gap stood at just over one second but backmarkers lurked ahead.

Hamilton closed right up on the leader in the middle sector, and it was set to be a final sector shootout for victory.

Despite his best efforts, the Monégasque held on for his first Formula 1 victory, dedicating it to Anthoine Hubert who tragically lost his life the day before in the Formula 2 race.