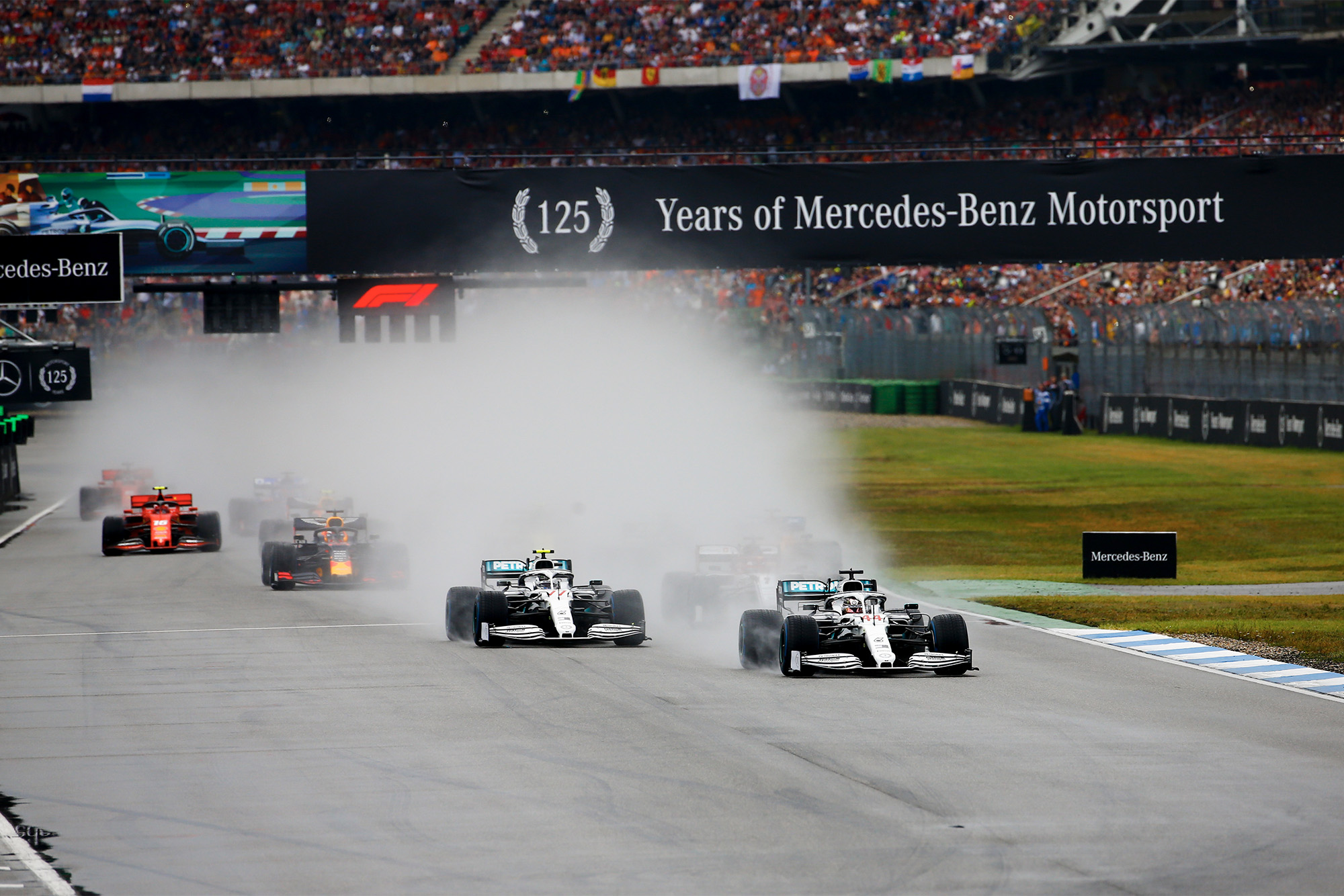 The start of a thrilling race at Hockenheim Photo: Motorsport Images

Hockenheim hosted one of the most entertaining grands prix in recent memory, with torrential rain wreaking havoc on Mercedes’ 125 years in racing celebration.

The drama started on Saturday as Ferrari suffered an embarrassing double failure on both cars, having been set to lock-out the front row comfortably.

Charles Leclerc would start only 10th while Sebastian Vettel would be stuck at the back of the grid. 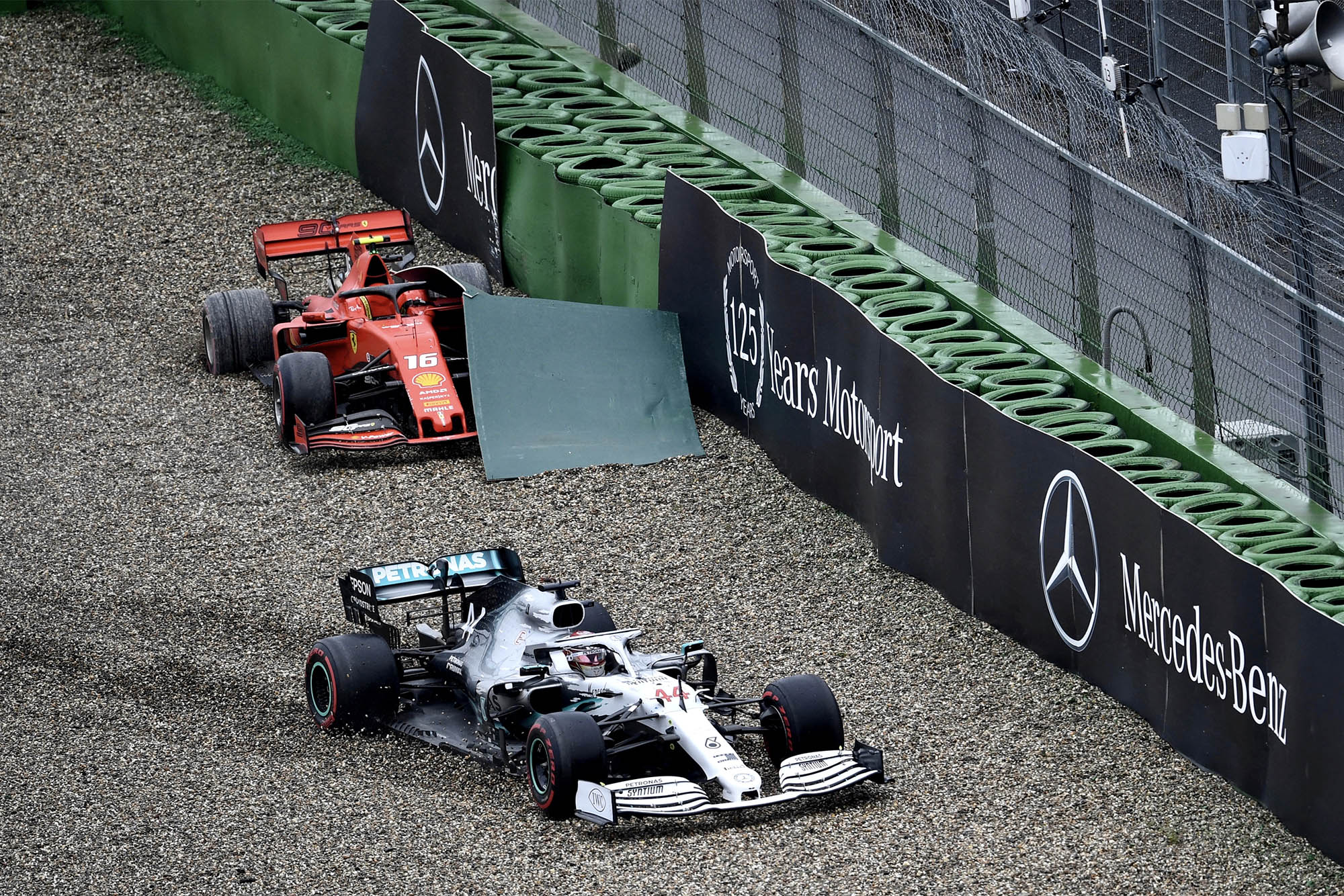 Hamilton skates past Leclerc’s stranded car and into the barriers Photo: Motorsport Images

The sun was long gone by the time Sunday arrived, intermediate tyres the only sensible option.

Sergio Perez was the first victim of the conditions, spinning and crashing out on lap two and bringing out the first safety car of the afternoon.

Lap 19 and Carlos Sainz became the first to slide off at the penultimate corner. 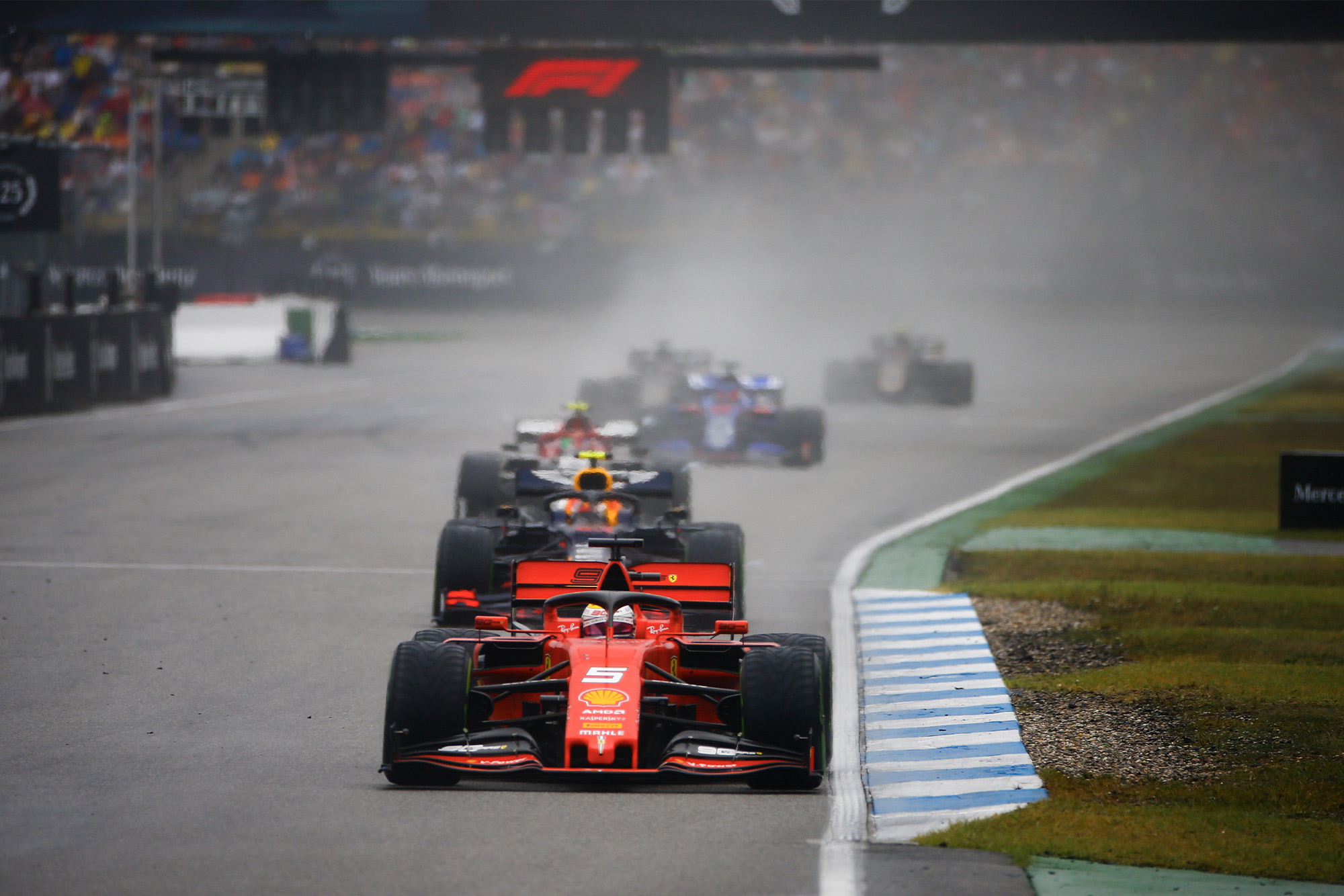 Luckily for the Spaniard, he kept it out of the barriers and would re-join the race unscathed.

The same could not be said for Charles Leclerc 10 laps later.

The Monégasque couldn’t halt his Ferrari as it sailed into the barriers and into retirement, bringing out the safety car once more.

Many took this chance to switch to slicks as the track had begun to dry in places, including race leader Hamilton. 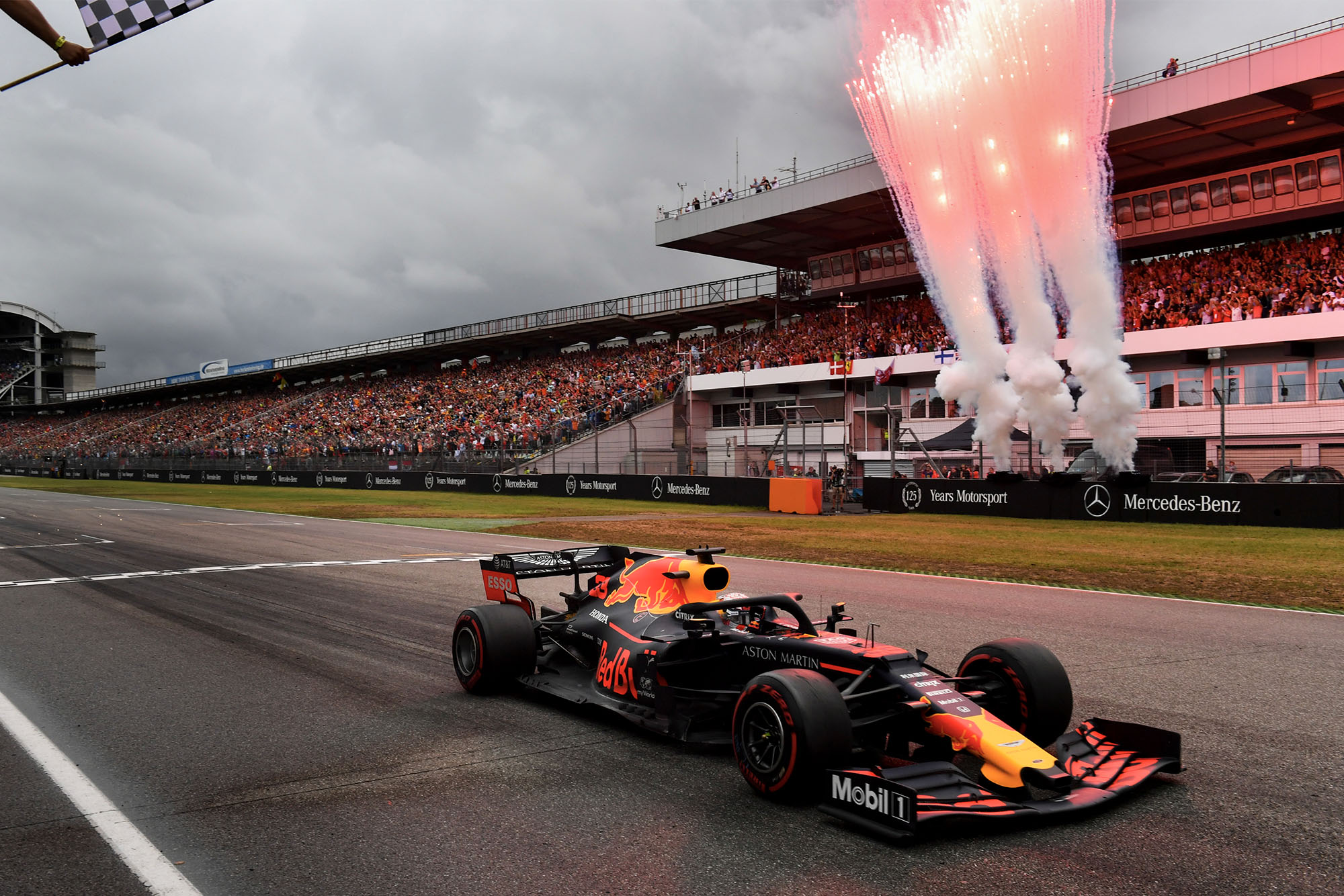 The Mercedes driver paid the price for the pre-emptive switch, sliding into the same barriers as Leclerc but able to bounce back toward the track with front wing damage only.

His cutting past the bollard on pit entry would earn him a five-second time penalty to compound his issues.

It meant Verstappen was now leader and was left unchallenged at the front for the remainder of the race.

Bottas spun and crashed in his pursuit of the podium while Hamilton eventually recovered to 11th that then became ninth after a post-race disqualification of Alfa Romeo.