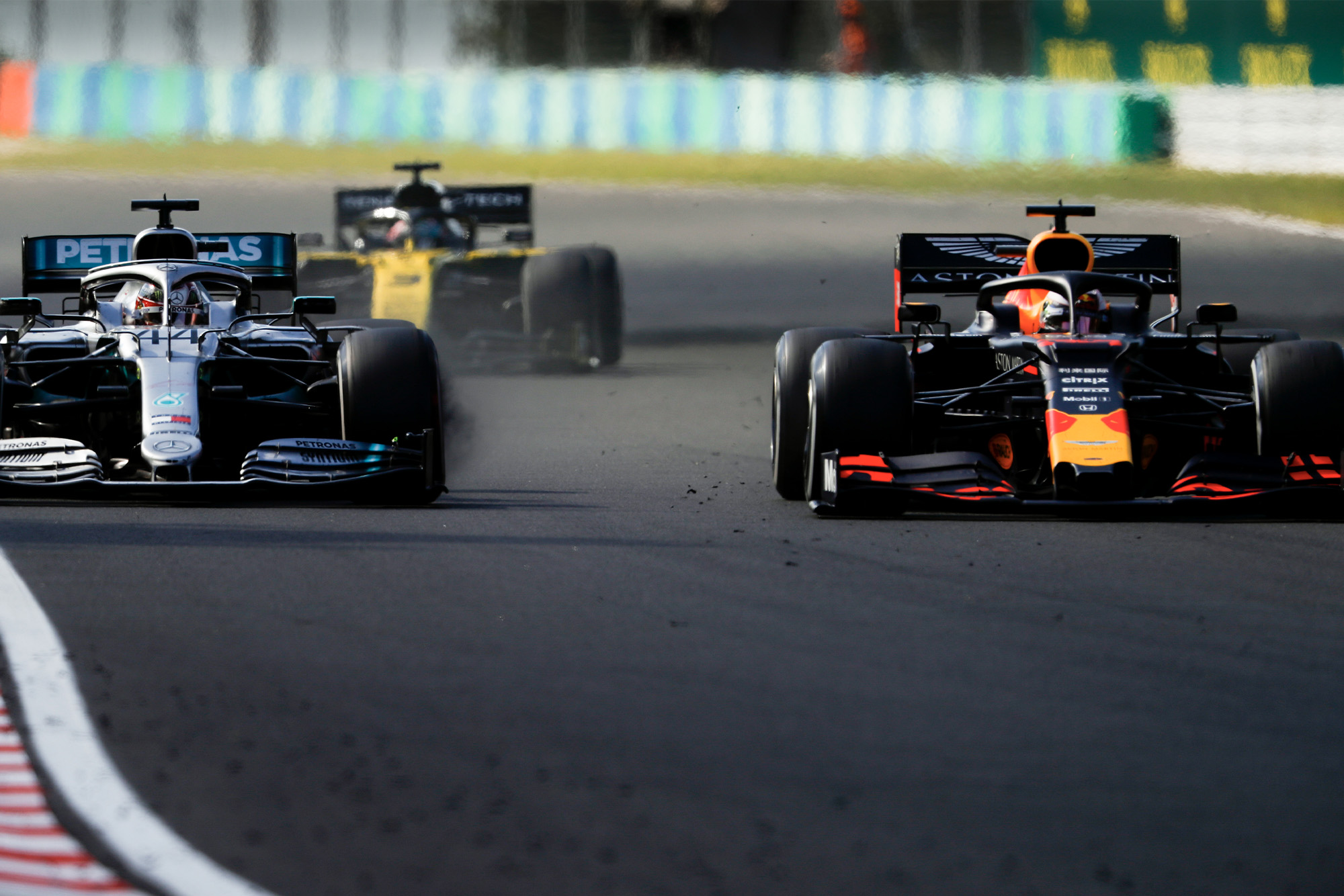 They are two of the best — perhaps the best — drivers in Formula 1, but it has been rare to see Lewis Hamilton and Max Verstappen sparring on track.

So the fact that the Hungarian Grand Prix was a race-long assault, back and forth fight between the young pretender Verstappen and Formula 1’s reigning Lewis Hamilton made it an undoubted highlight of the year.

Verstappen took his first F1 pole, Hamilton was beaten to the front row by Valtteri Bottas.

Race day would be a two-man show. 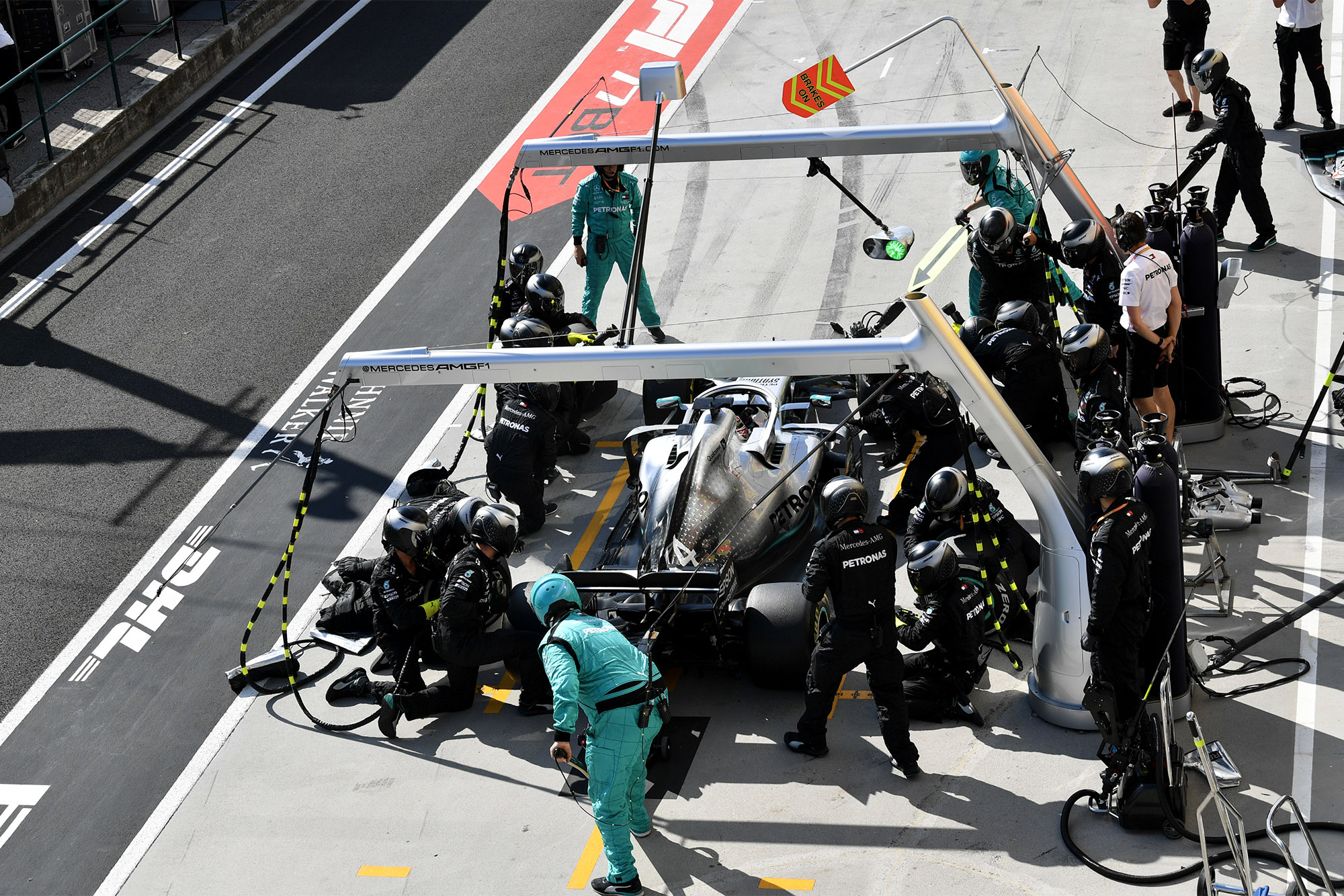 The Dutchman led away cleanly, but the two Mercedes fought over second behind. Hamilton passed the Finn around the outside of Turn Two and set his sights on the Red Bull scampering up the road.

Bottas’ afternoon quickly grew worse as his momentum had been stunted by Hamilton’s move, leaving him open to attack from behind.

Leclerc would charge up alongside and pass him before the tight Turn Four, but a slight bit of contact damaged the front wing endplate of the W10 and Bottas would soon be forced to pit for repairs. 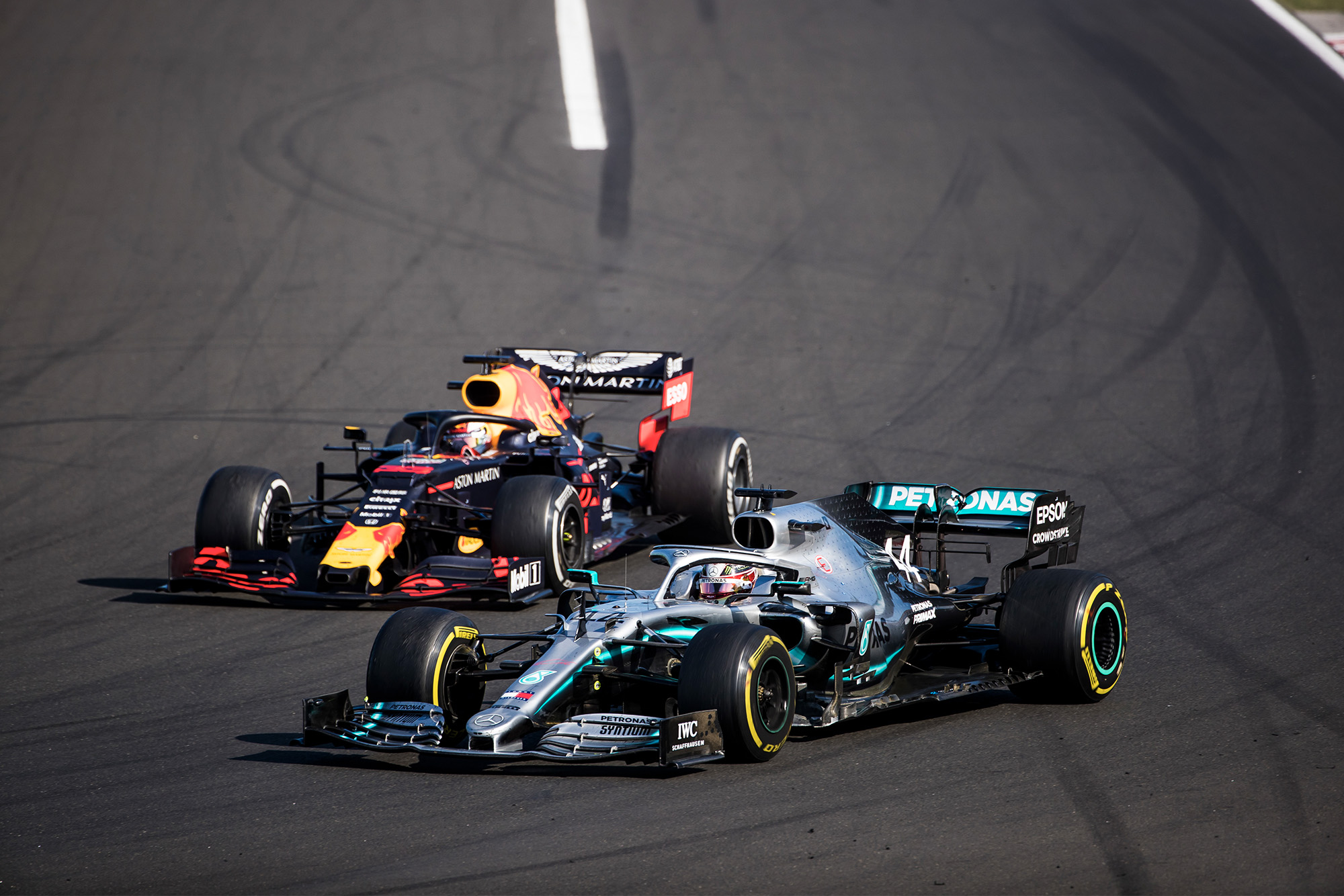 Hamilton makes a move on Verstappen for the lead Photo: Motorsport Images

The Mercedes closed in on Verstappen and stayed within three seconds of the leader, prompting Red Bull to bring their charger in to prevent the undercut.

Hamilton extended his stint before pitting himself and quickly closed a six-second gap afterwards, immediately reapplying the pressure.

A bold attempt to pass at the tight Turn Four didn’t succeed for the Merc driver, but he rapidly caught the leader once more. 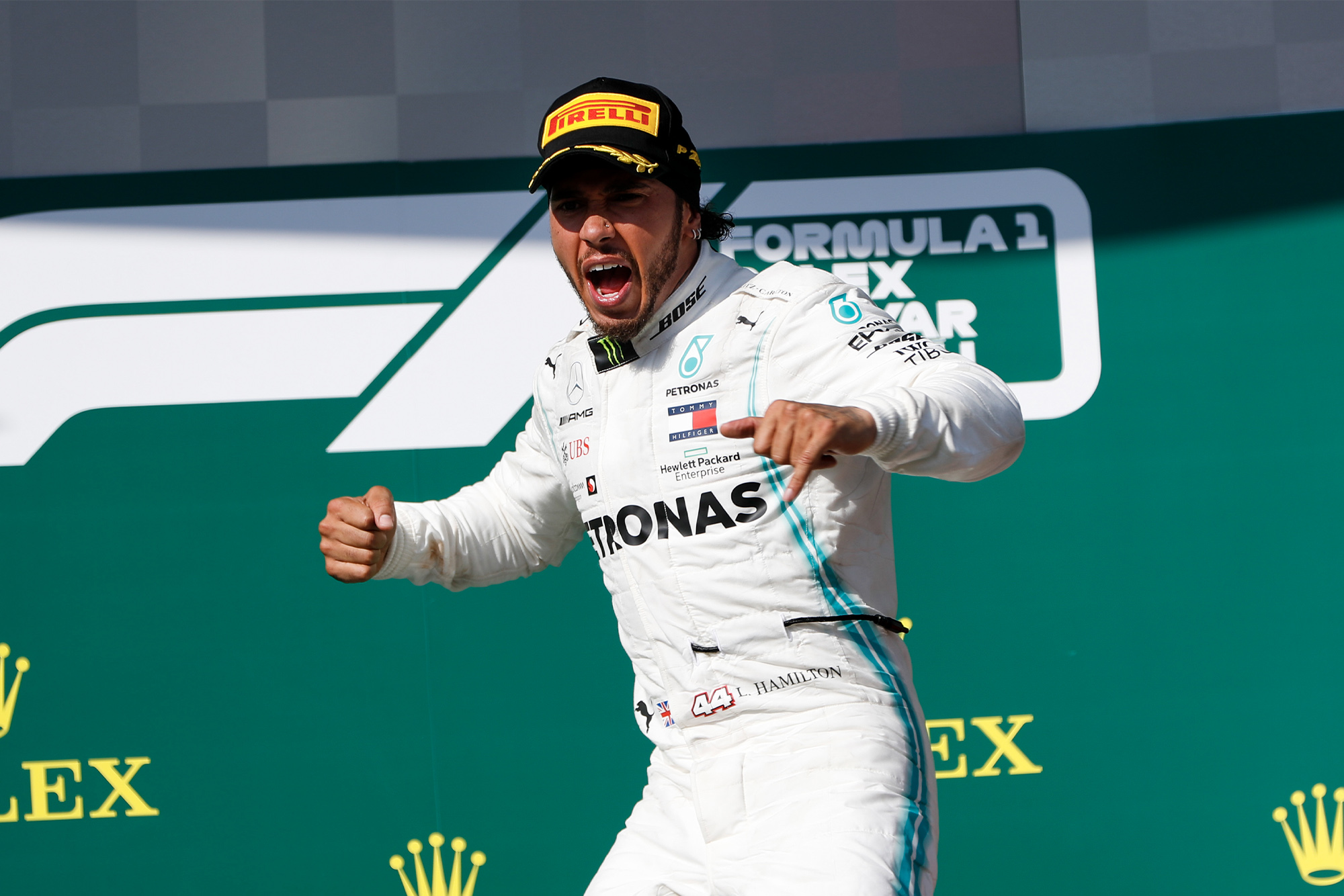 In a strategic masterstroke set-up by the relentless pace of Hamilton, Mercedes brought their man in for a second stop with 21 laps to go, message clear: hunt Verstappen down and win.

With 4 laps remaining, Hamilton approached his prey at Turn One, driving clean round the outside after an edge-of-your-seat pursuit in the closing stages.

Their closest challengers in Ferrari finished over half a minute behind, the rest a lap down.

A titanic battle was over but it’s a war that many fans will hope is in its infancy.