Charles Leclerc and Sebastian Vettel’s Sunday in Sochi would be a difficult one having looked so promising by Turn Two.

On Saturday, Ferrari looked to have the measure of Mercedes as Leclerc took pole by a massive 0.7sec ahead of Lewis Hamilton and third-placed Vettel.

The Monégasque led away from pole position ahead of Hamilton but towed his team-mate into the lead of the race. 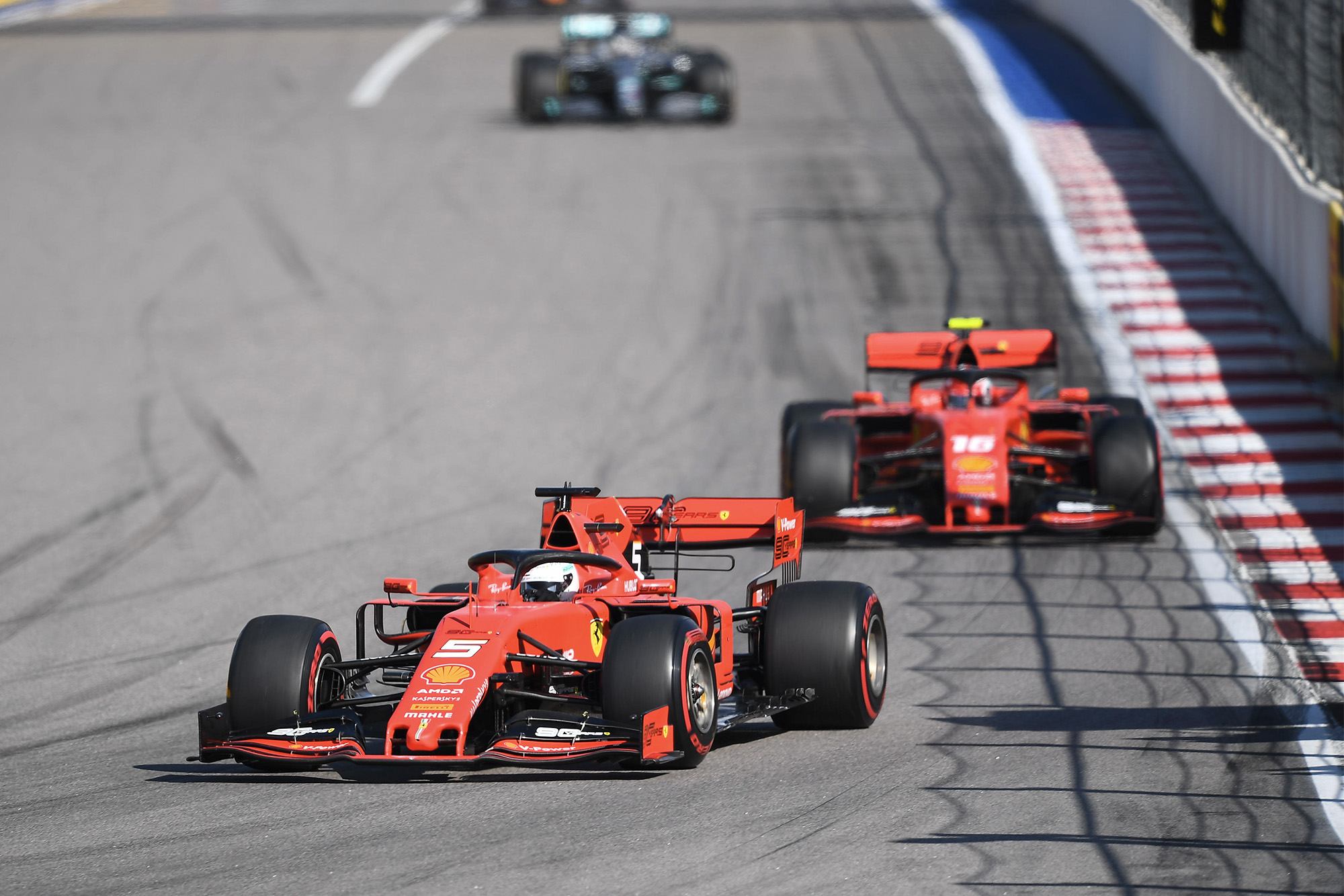 Vettel would refuse to let his team-mate by

It transpired over team radio that it had been a pre-race agreement between the two, but that Vettel would swap positions back after solidifying first and second positions in the opening laps.

Despite the agreement, the four-time champion refused to cede position and Leclerc would take to team radio to voice his concerns.

Vettel though fought his corner for much longer than Leclerc had estimated, as the leader claimed Hamilton was too close behind to make a swap viable. 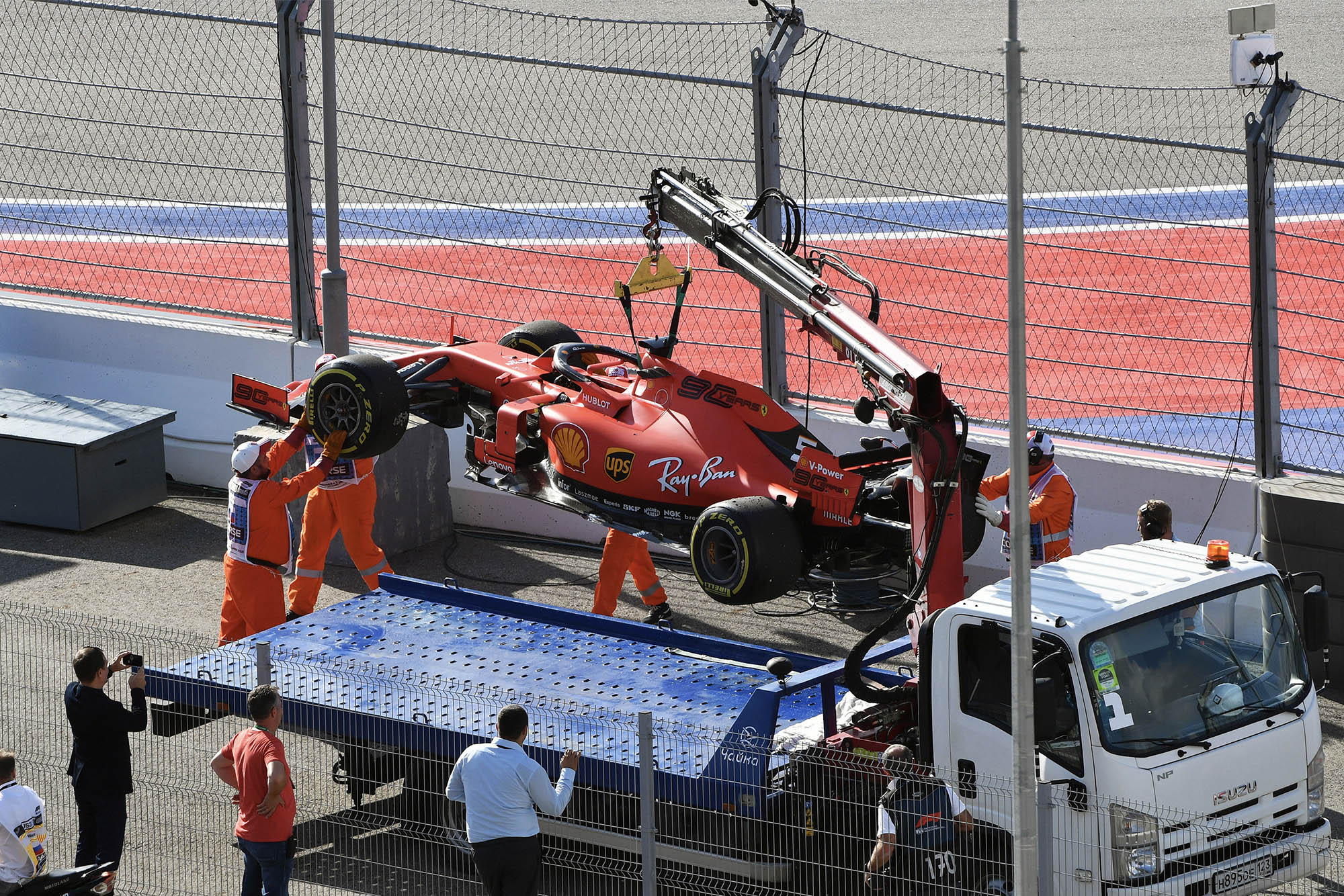 The Mercedes driver maintained a three-second gap to Leclerc in P2 despite running on the medium tyres versus Ferrari’s softs.

It meant that no swap was orchestrated on track and would instead have to occur later in the race.

On lap 22, Leclerc was in for his stop as Ferrari extended Vettel’s first stint at the front.

It wouldn’t be until lap 27 that Vettel would be in, and he had been comfortably undercut by Leclerc. 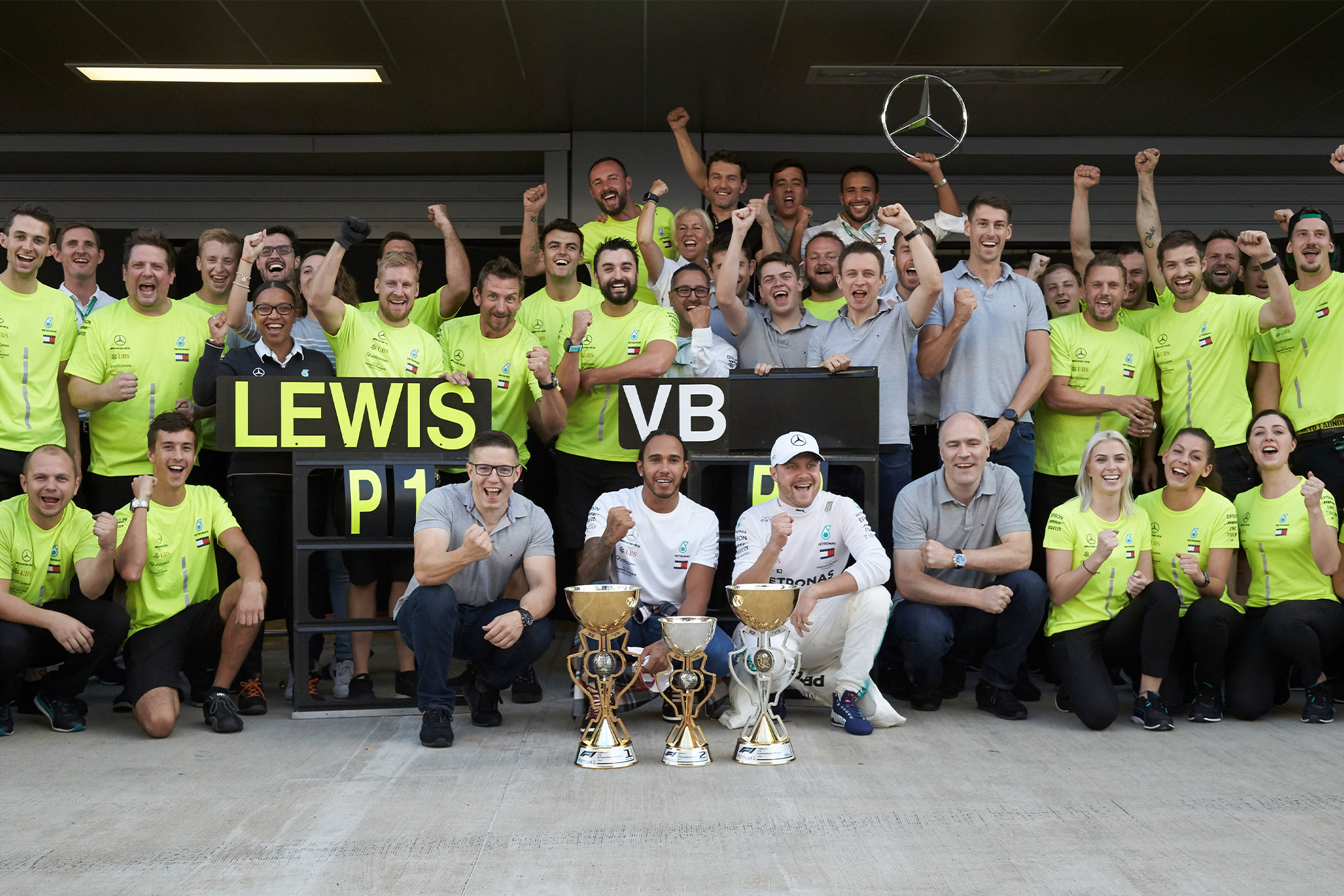 Yet another one-two for Mercedes but this one was unlikely

His race would only last another two-thirds of a lap as an electrical issue sidelined him before he could make it back to start the next lap.

A virtual safety car to recover the stricken Ferrari allowed Mercedes the perfect window to double stack both cars and maintain first and second.

From that point on, Hamilton was left unchallenged in the lead of the race while Bottas was able to keep Leclerc at arms distance, giving Mercedes its eighth one-two finish of the season.