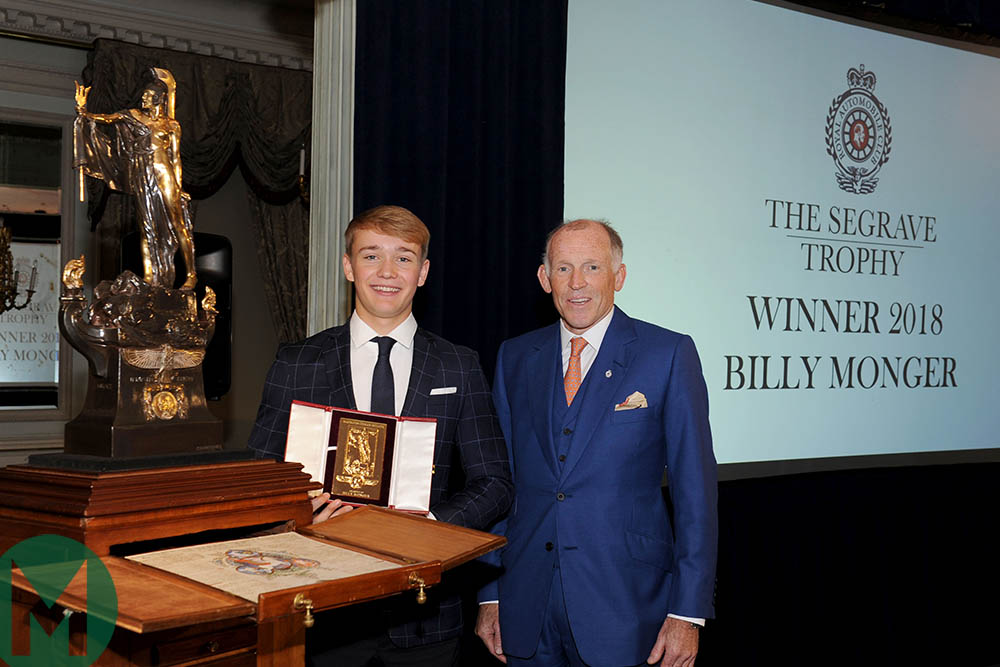 Billy Monger has been awarded the Segrave Trophy by the Royal Automobile Club (RAC), becoming the youngest ever recipient of the award.

At just 20-years-old, Monger was presented with the prestigious award ‘for demonstrating exceptional courage and determination after great adversity and returning to high levels of motorsport.’

Named after Sir Henry Segrave, the first person to hold speed records on both land and sea simultaneously, the trophy is awarded to British nationals who demonstrate ‘outstanding skill, courage and initiative on land, water and in the air.’

During a British Formula 4 race at Donington Park in 2017, Monger was involved in a heavy collision and he had both legs being amputated as a result of his injuries.

The teenager, who also is to feature in a forthcoming Royal Automobile Club Talk Show podcast in association with Motor Sport, would not be deterred however and was back in a car just three months later.

The double-amputee said he was still processing the honour, adding that he was proud to be selected by the RAC.

“My life has become so busy with my Formula 1 commentary and my own racing I haven’t had a chance to digest how amazing this award is,” Monger said.

“But I stayed in Pall Mall last night and it’s starting to sink in just how incredible it is. I’m super proud.”

In a private test with Carlin with a single-seater specifically designed to enable him to drive, he posted lap times that exceeded expectations and was offered a 2018 race seat with the team.

Monger also as part of his comeback successfully lobbied for the overturn of FIA regulations against drivers with disabilities being allowed to race single-seaters. 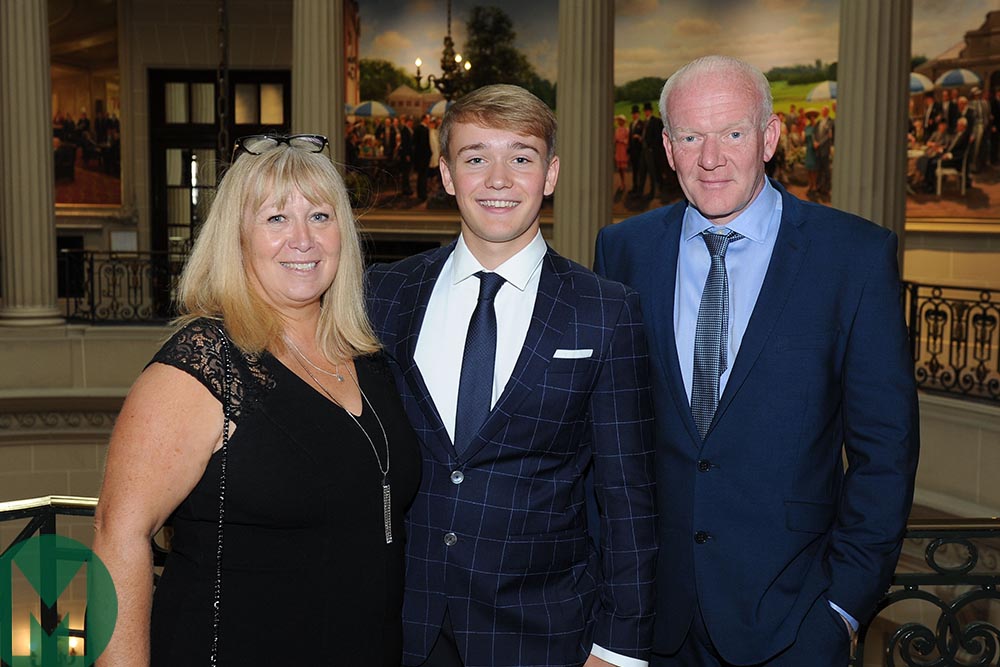 This year, he achieved his first race victory since returning to racing. At the Pau Grand Prix racing in the Euroformula Open series, the Carlin driver took his first win in major motor sport competition.

Having started the race from 11th on the grid, Monger would produce a brilliant drive in wet weather while others fell by the wayside in the changeable conditions.

Chairman of the RAC, Ben Cussons said Monger’s racing comeback was an example of the extraordinary and represented everything the award stood for.

“We are delighted to award the Trophy to Billy whose comeback to the sport, which included the overturning of existing FIA regulations, has been extraordinary and demonstrates exceptional bravery and determination,” Cussons said.

“He represents everything that Lady Segrave wanted to honour and that Sir Henry would have admired.”

The RAC also awarded Trevor Carlin of Carlin Motorsport the Segrave Medal in recognition of his role in Monger’s journey back to motor sport.

The Segrave Medal is presented at the Club’s discretion and is only awarded in conjunction with the trophy when the award nominations committee feels it’s justified. It was last awarded in 2014 to Audi boss Dr Wolfgang Ullrich and his drivers Tom Kristensen and Loïc Duval for their contribution to Allan McNish’s dramatic victories at the Le Mans 24 Hours and the FIA World Endurance Championship.

Carlin said: “I’m delighted to be included on such a staggering list of legends. In a hundred years’ time when people look back and hear Billy’s story, they will say how on earth did he ever manage that – I’m delighted to be a part of that story.”