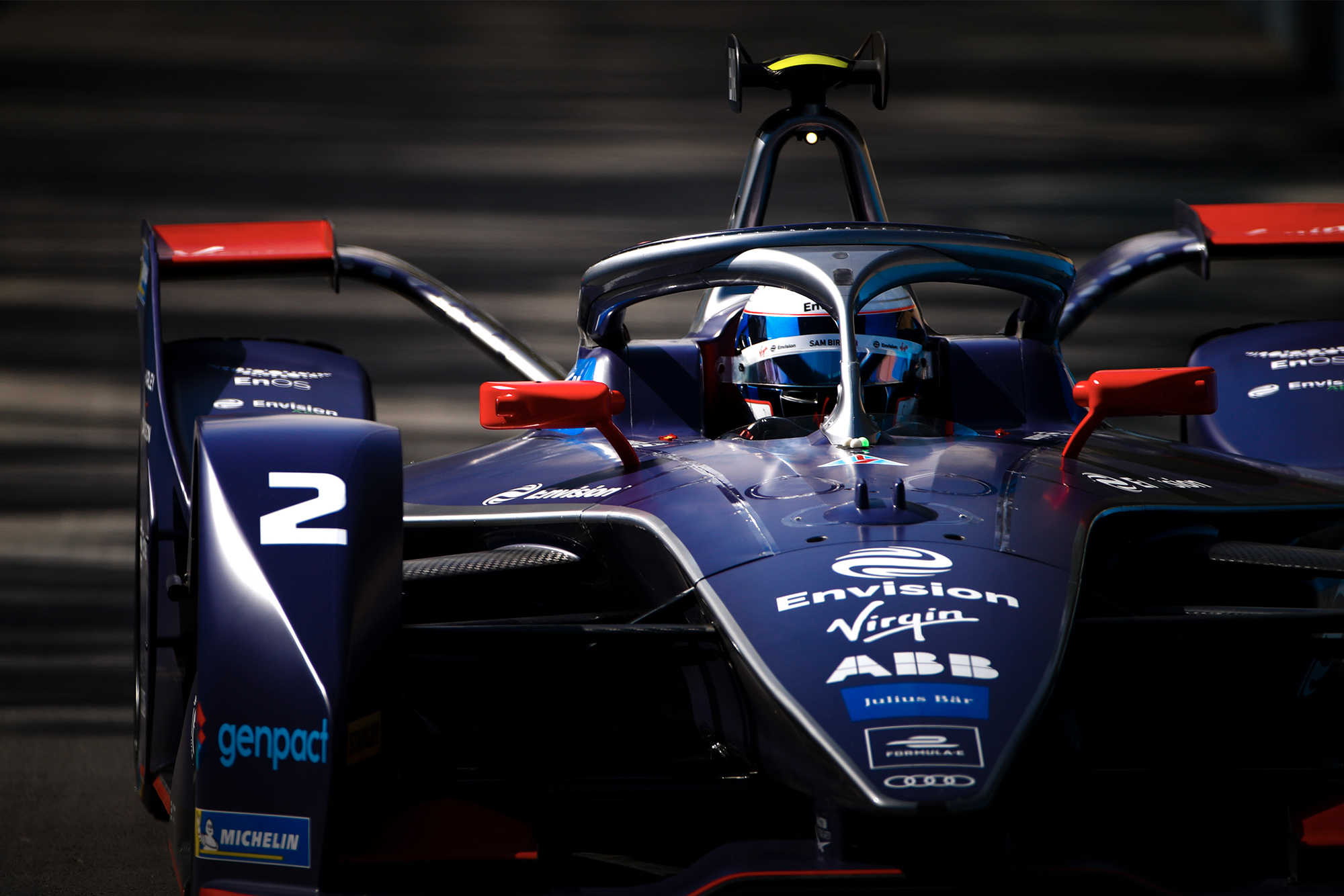 The two German manufacturers completed the podium in their first race in the electric series, though the experienced Bird came through the pack from fifth on the grid with a measured drive to take the win.

Somewhat unusually, the field made a clean start as Alexander Sims led from pole, the two Mercedes drivers settling in behind from the off.

Edoardo Mortara struggled initially to keep pace with the leaders, as Bird ramped up pressure for fourth position.

Sébastien Buemi’s season got off to the worst possible start, his Nissan coming to a stop on lap three before he recovered to the pits to retire.

By lap five, the leaders were all within a few seconds and Mortara was the first to attack, but would pay the price with de Vries forcing him off the track.

Bird immediately took to the attack mode activation zone but lost position to Jérôme D’Ambrosio in the process.

The next attempt, though, would reward the Brit with fourth, cruising down the inside of his rival as he set about hunting down the Mercedes cars.

Both Vandoorne and de Vries took attack mode simultaneously the following lap in their efforts to chase down Sims for the lead.

The BMWi Andretti driver responded himself on the next lap by taking his first attack mode and setting the fastest lap of the race, extending his lead to 1.5sec. 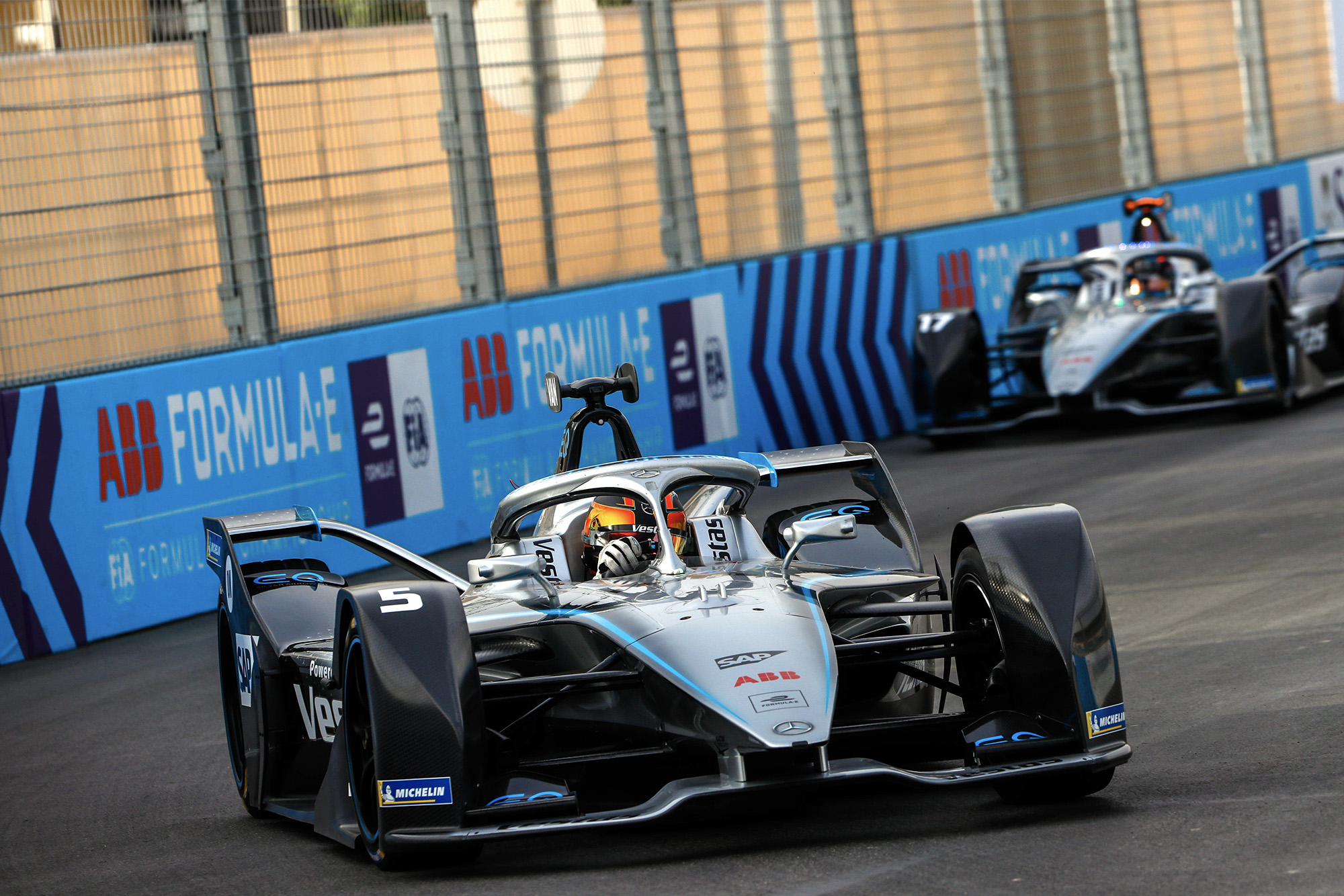 Mercedes would hold on to second and third for the opening stages of the race Photo: Motorsport Images

Bird sprang into action after being informed of the fan boost voting results, taking his second attack mode to defend from one of four poll winners, Lotterer.

It subsequently closed the top five up to within a 1.3sec window, close enough to undercut ahead if the leaders took their second attack boost allocation.

The Envision Virgin Racing driver didn’t need it though, launching into action down the straight and around the outside of third-place man de Vries, and set about immediately closing in on Vandoorne and Sims.

The following lap saw the attack for the lead launched, as the charging Porsche of Lotterer had forced the issue, closing up to the leading pack.

Defence turned into attack as Vandoorne, forced into holding off Bird, surged down the inside of the leading Sims, pushing his way into the lead with Bird following through for second.

After initially looking strong in the early stages, de Vries began to slip down the order, first relegated for fifth and then sixth in consecutive corners by Oliver Rowland and D’Ambrosio.

In the battle for the lead, Bird eventually muscled past the Mercedes of Vandoorne for first with the Belgian driver still to take his second attack mode boost. 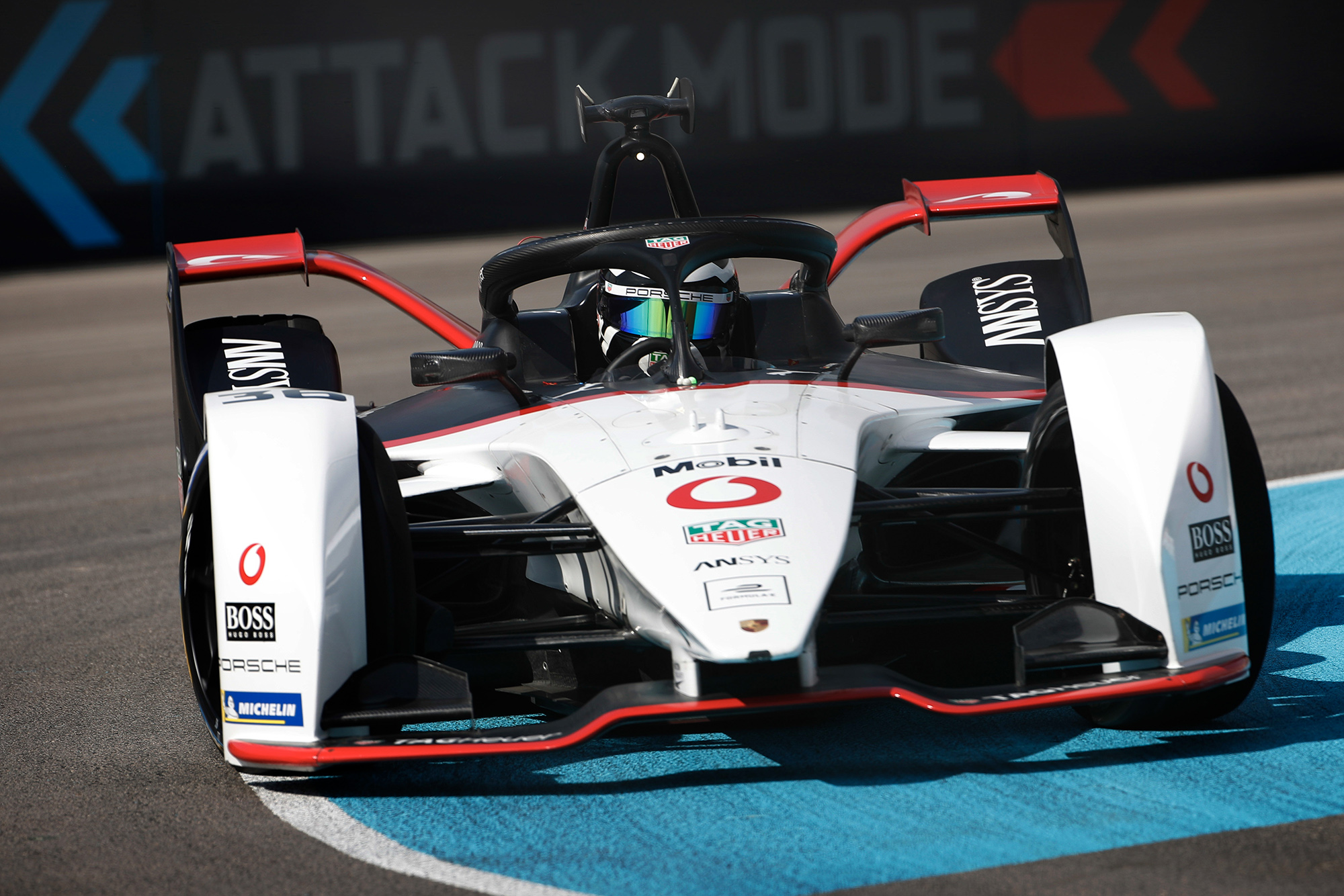 Porsche made the podium on its first outing in the hands of André Lotterer Photo: Motorsport Images

Six minutes remained in the race as Formula E had its first crash of the season. Daniel Abt the culprit after his Audi hit the barriers following front wing damage.

With debris strewn across the track and his car infringing the racing line, the safety car was deployed, a nightmare scenario for Vandoorne as he had just taken his second attack mode, losing second to Lotterer.

Two minutes remained as the safety car peeled off into the pits, setting up a two-lap shoot-out for the win.

Bird launched to almost a second clear of the chasing pack on the restart, leaving the Porsche and Mercedes behind to scrap for second position.

Lotterer’s locked brakes at the end of the main straight would provide Bird with breathing space though. De Vries forcefully moved Sims out of his way for fifth, shuffling Sims back to eighth as Mortara snuck through as well.

The German held off Vandoorne for second, as Bird crossed the line to take the win.