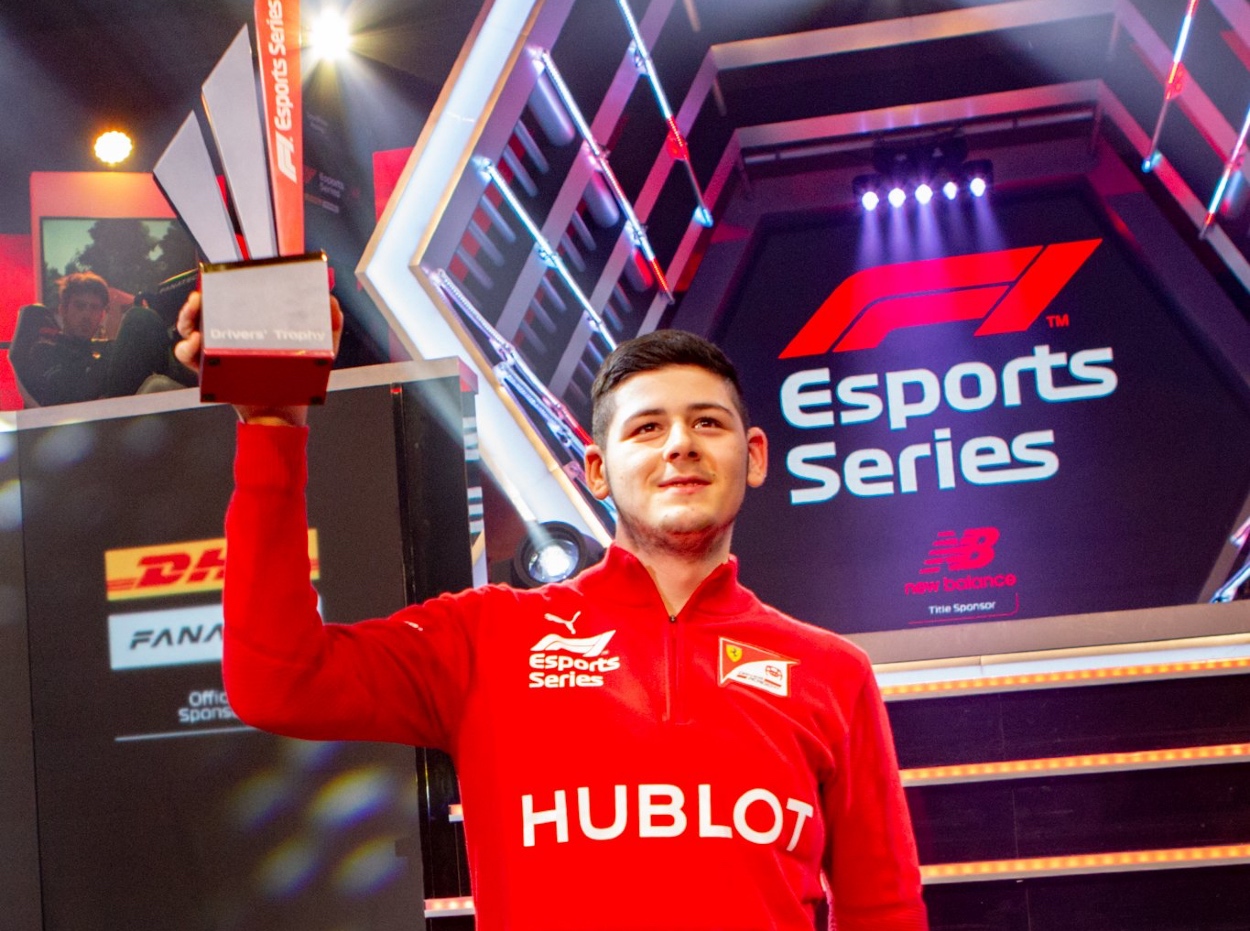 David Tonizza has become the second Formula 1 esports champion, clinching the title in a nail-biting final round of the season at the Gfinity Esports Arena in London.

In what was Ferrari’s debut season in esports competition, Tonizza led the championship by 26 points heading into the final three races of the finale, but was overhauled by Red Bull Esports’ Frederik Rasmussen, who topped the table after the first two races.

It meant that the title came down to the last race of the 2019 series, at Interlagos.

Despite having lost his momentum and lead to the Danish driver, Tonizza scored a second place to reassert himself at the top of the standings and claim the title of series champion, with 184 points to Rasmussen’s 171.

Though Rasmussen lost out in the drivers’ standings, Red Bull claimed the constructors’ championship crown and, with it, part of the $500,000 prize pool.

Race one saw a dramatic chase for the lead as drivers found it difficult to pass around Suzuka. Rasmussen would eventually assume the lead of the race and go on to win, as Tonizza missed out on a podium in fourth position and saw his 26-point advantage shrink.

He didn’t fare any better in race two either. Rasmussen won comfortably at the Circuit of the Americas, as the pressure began to show on Ferrari’s hope for the championship.

A post-race three-second time penalty for exceeding track limits looked to have cost Tonizza the championship as he fell behind his rival going into the final race, but fortunes would be completely reversed once more.

Questionable strategy from Red Bull’s team had Rasmussen pit early in Interlagos and he became caught in serious traffic as Tonizza scrapped with Daniel Bereznay of Alfa Romeo for the lead.

It was a deficit the Dane could not overcome. He ended in 10th and Tonizza became the second championship winner since the creation of the series after Mercedes driver Brendon Leigh.