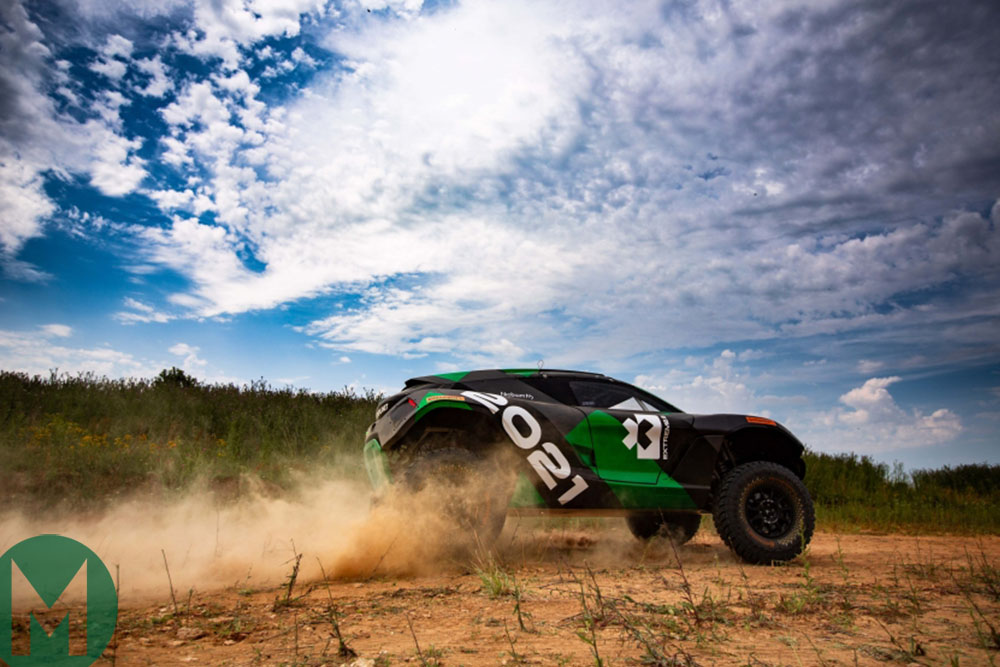 Multiple World Rally champion Sébastien Ogier and W Series champion Jamie Chadwick could compete in the inaugural season of the new Extreme E Championship next year after being included in the series’ new Drivers’ Programme scheme.

The Extreme E Drivers’ Programme is aimed at identifying competitors to race in the series’ first season, and will act as a talent pool from which the confirmed teams – so far consisting of HWA, Venturi and ABT – can select their line-ups.

The programme will provide teams with recommendations based off of driver performances, but teams will ultimately retain the final say over its driver line-up decisions.

The all-electric SUV series is set to launch in February of 2021, and there is a large amount of interest in signing up already.

Six-time WRC title winner Sébastien Ogier has registered his intent to compete alongside fulfilling his advisory role to the series.

FIA World Rallycross drivers Andreas Bakkerud and Kevin and Timmy Hansen are amongst the list of names as well as inaugural W Series champion, Chadwick.

Formula E drivers are also eager to be involved, with André Lotterer and 2016 champion Lucas di Grassi both listed.

“We have revealed the car, and our first race location, but any good championship needs top driver talent in order to be truly successful,” he said.

“This world-class list of drivers, representing the very best male and female talent from multiple disciplines across top-tier motorsport, illustrates Extreme E’s serious sporting credentials. It certainly marks another very important step as we continue the development of our exciting new series.”

Fresh from her title success in W Series, Chadwick explained her motivations behind joining the new SUV series.

“Extreme E is a hugely exciting opportunity – I like a challenge and it will certainly be that.

“Climate change is naturally a subject close to my heart. As part of the generation who are needing to be increasingly more aware of our environment, and having grown up in the countryside in England, for me it is more relevant than ever to be raising awareness.”

The series is meant to raise awareness of environmental issues and aims to do so by racing in locations most affected by climate change.

Greenland was unveiled earlier this year as the first venue for one of five events in Extreme E’s first season, with group testing set to take place in mid-2020 ahead of its debut.