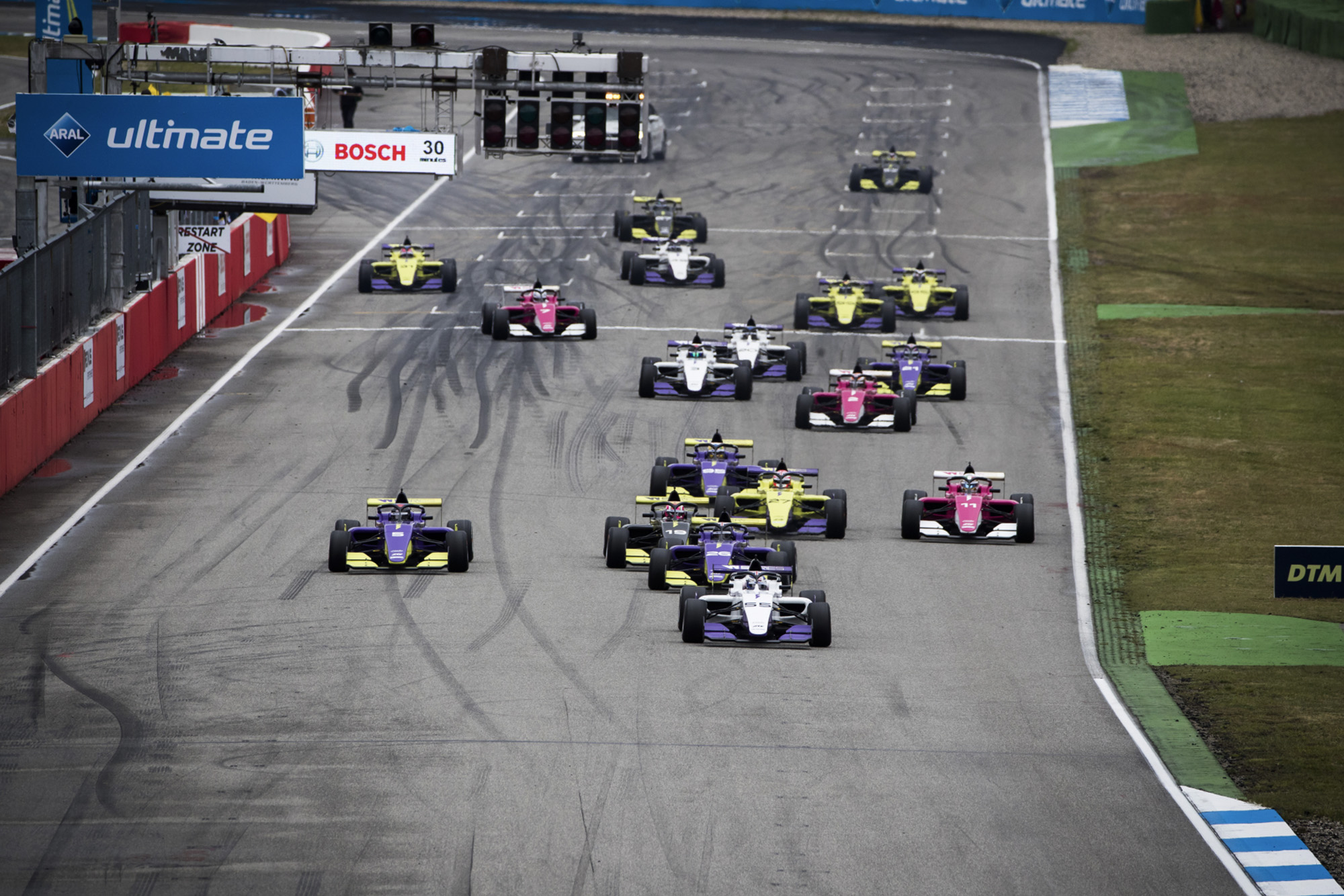 Jamie Chadwick will return to the W Series grid next year to defend her championship title and will face eight new challengers for the 2020 season.

The 21-year-old has been confirmed for the second year of the all-female racing series, along with the rest of the top 12 from the 2019 championship.

GT racer and driver for Amazon show The Grand Tour, Eaton is the oldest of the new entrants at 27 while Sidorkova will become the youngest driver in the series’ brief history at just 16-years-old.

The selection was made after 14 drivers took part in a three-day testing programme in Almeria, Spain. Drivers were evaluated after simulator sessions and laps around the Circuito de Almeria.

Garcia, Martí and Sidorkova currently compete in Spanish F4 and sit in 14th, 17th and 18th places respectively in the championship.

Tomaselli competed in the USF2000 series in 2019, finishing eighth in the championship while former F1600 champion Ayla Agren makes the line-up having been snubbed for the 2019 W Series grid.

“It’s an impressive list, including the top 12 from our 2019 season, and six new drivers, who all performed well at Almeria. The result is a varied and international group, comprising 18 drivers from 12 countries, ranging in age from the super-experienced Finn, Emma Kimilainen, 30, to the very promising young Russian, Irina Sidorkova, 16.”

W Series will offer its drivers FIA Superlicence points in 2020 but exact details remain unknown as the governing body continues to ratify the exact number on offer to competitors next season.

Dave Ryan, racing director for W Series, admitted that it was a tough decision picking from the 14 candidate drivers but added the two remaining spaces on the grid would be filled after further analysis of the data gathered in Almeria.

“I was generally impressed by the 14 drivers whom we tested and appraised at Almeria [southern Spain] last month, and making our selection was correspondingly difficult. But we’ve crunched all the data to the best of our ability, and I’m therefore confident that the 18 drivers whom we’ve selected so far represent an excellent line-up. But we’ve left two spaces available, to allow us a little more time to select the final two drivers who, together with the 18 drivers we’ve already selected, will make up the 20 drivers who’ll contest the 2020 W Series championship.”