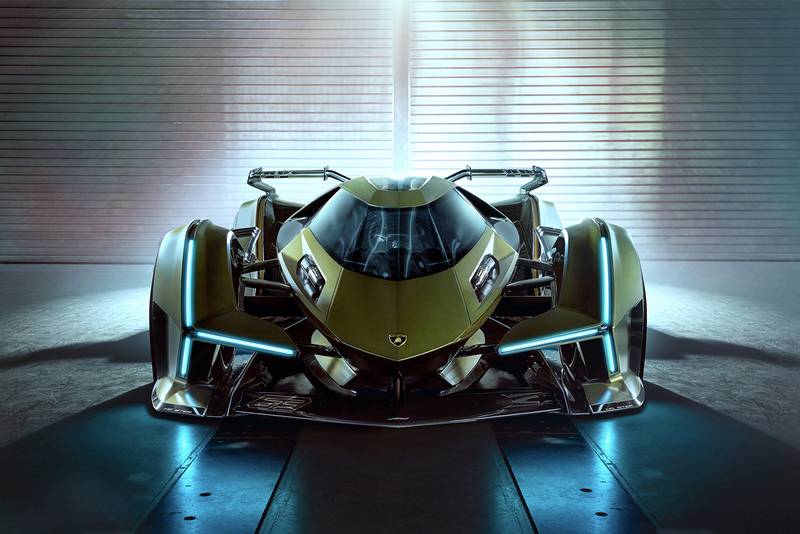 Lamborghini has unveiled a virtual concept car that hints at the company’s future production models — and fans of the brand will be relieved to see that the car has a V12.

Unlike current models, the next-generation engine uses hybrid technology to boost power and efficiency, suggesting that supercars will be able to retain their V12 howl for some years to come.

The V12 Vision GT is a concept car set to be added to the Gran Turismo Sport game early next year, and will only exist in digital form, but Lamborghini has said that the car “mirrors Lamborghini’s push on future technologies”.

The extreme styling is unlikely to be replicated in a production car but Lamborghini indicated that the lightweight materials and hybrid power will be. 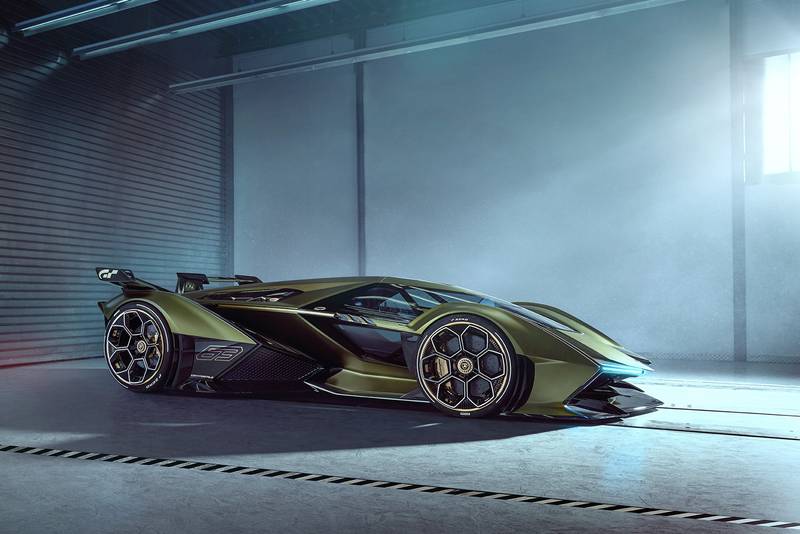 “The Lambo V12 Vision GT is created to provide the ultimate virtual car for young fans and gamers, who are ultra-enthusiastic about Lamborghini and its futuristic aspirations,” said Mitja Borkert, Head of Lamborghini Centro Stile.

“It is an opportunity for the design talent within Lamborghini to stretch its wings and visualise a car that, like every Lamborghini, is a head-turner and the best driving experience, but also mirrors Lamborghini’s push on future technologies, particularly in the arena of lightweight materials and hybridisation.”

The striking design was revealed at the FIA Gran Turismo Championships in Monaco over the weekend and is said to use “cutting edge lightweight materials”.

Concocted by Lamborghini Centro Stile, the design arm of the marque, the Gran Turismo racer is a single-seater track car, with an open-wheel layout and powerful aerodynamics, aimed at achieving peak racing performance.

The driver enters the car via the front, with a jet canopy opening upward to reveal the solitary seat in the centre of the car.

The car also uses a dynamic heads-up-display, with information projected onto the windscreen in direct line of sight of the driver. 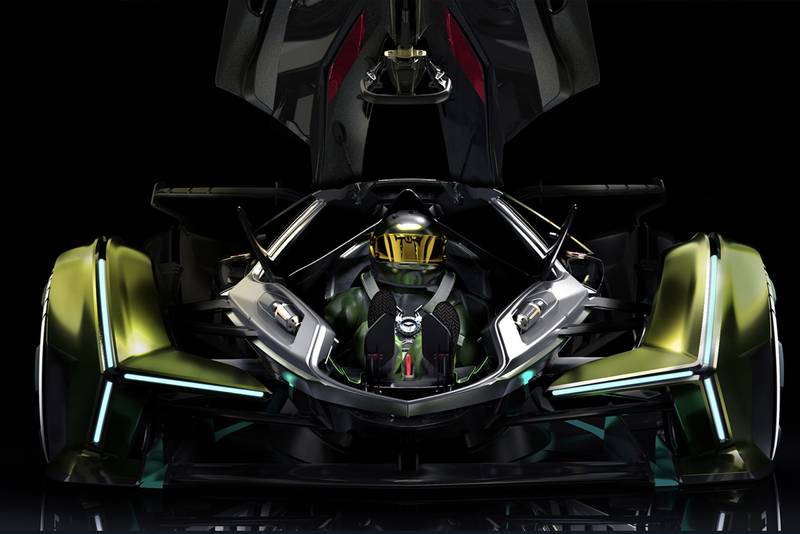 Stefano Domenicali, Chairman and CEO of Lamborghini said that the concept was designed to appeal to a younger audience that it is eager to capture.

“Lamborghini is a very young brand, and this is why we are here today to present our newest virtual vision in the form of a real model, with a highly futuristic and cool design to be enjoyed by the young generation of racing-game and super-sports car enthusiasts,” he said.

The car is expected to be added to Gran Turismo in early 2020.