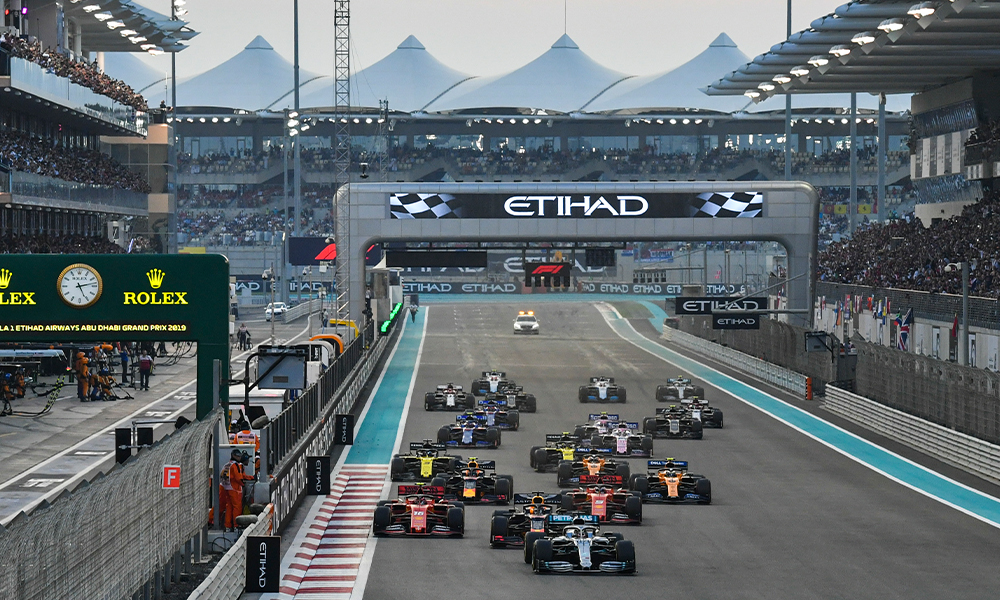 The Mercedes had displayed unmatchable pace all weekend long and race day proved no different, as the 2019 champion Lewis Hamilton cruised into the night at the front to leave the rest well behind.

Max Verstappen endured a difficult night but earned his second place after dealing with issues with his Honda power unit while Ferrari looked to be its erratic and unsure self with Charles Leclerc’s third under investigation for a “significant” pre-race fuel discrepancy.

Hamilton cleared his biggest threats from lights out, fending off Leclerc and Sebastian Vettel, leaving them to scrap with Verstappen.

The Red Bull slipped behind the Monégasque driver at the end of the back straight, the Ferrari power evident over the Honda unit.

At the end of lap one, Mercedes team-mate Valtteri Bottas had worked his way up to 15th position from last, though his progress would be stalled by a peculiar DRS problem that prevented the introduction of the system until a third of the way through the race.

Contact between the two Racing Points and Pierre Gasly effectively ended the Frenchman’s hopes of sixth in the drivers’ championship by the time the Toro Rosso exited Turn One. He was forced to pit for repairs at the end of the lap. 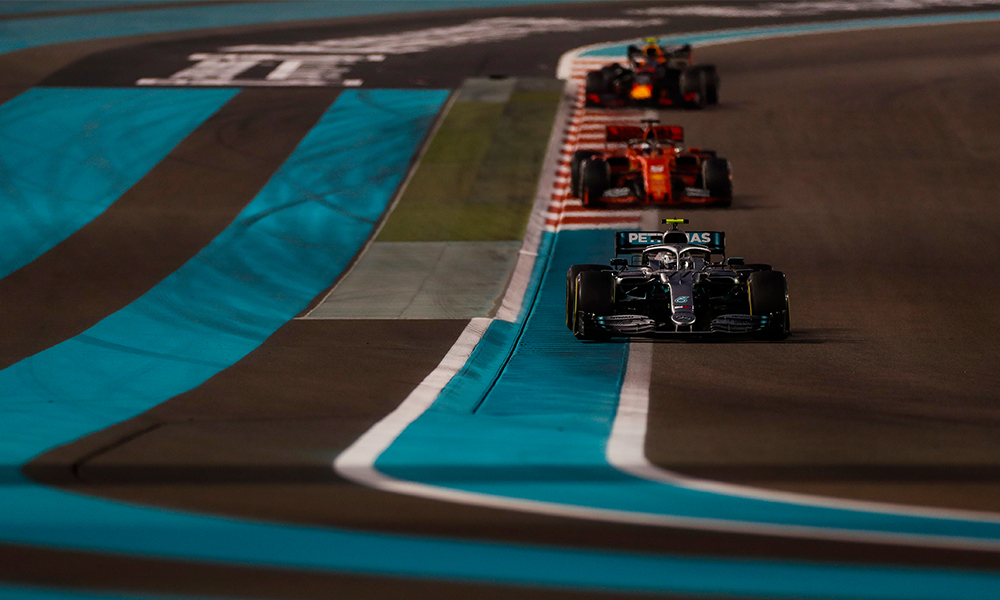 Leclerc was the first of the front runners to box for fresh rubber on lap 13, with team-mate Vettel in immediately afterwards in what was a poorly executed double stack – a front left problem delaying Vettel’s getaway.

It left Leclerc in a strategic tough spot and Vettel relegated down the order behind the recovering Bottas, eventually forcing both into a two-stop race versus their rivals.

DRS glitch amended, Bottas would scamper away from the Ferrari of Vettel in a crucial stint in his drive back through the field.

Things were all under control for Hamilton. The Mercedes driver would be brought in on lap 26 for his sole stop to cover off the Red Bull of Verstappen, a stop that would be followed by power unit-related issues for the Dutchman for the remainder of the race.

Verstappen soon had Leclerc in his sights after the Ferrari’s pace had dropped away significantly due to the early stop. A forceful move up the inside at the end of the first of the long straights and elbows-out defence at the following chicane netted him second once again. 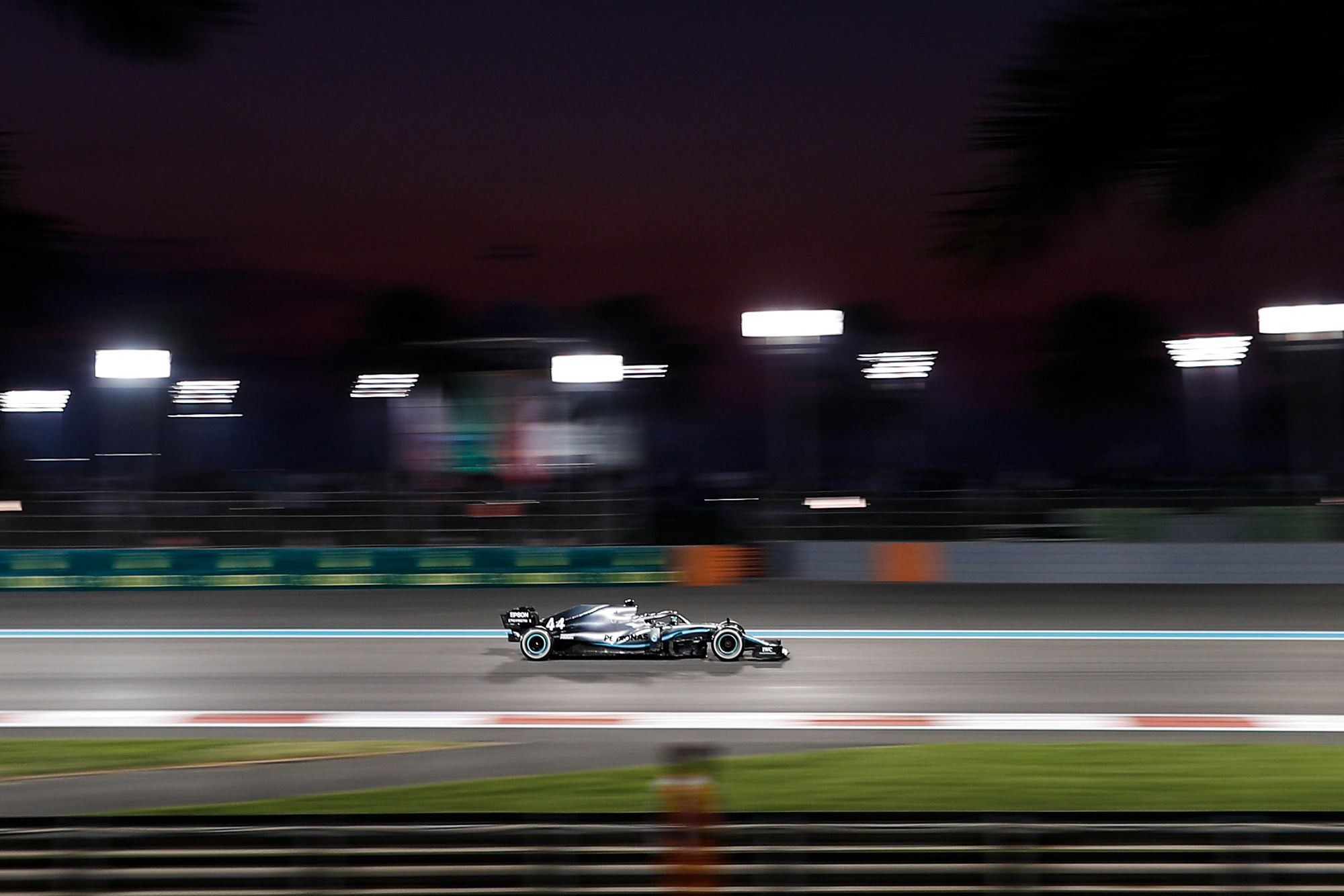 The Ferrari pair soon stopped again, a trend that was followed further down the field by several drivers, notably Sergio Perez who then fought back through the order for best of the rest behind the top three teams.

After his sole stop on lap 30, Bottas began a late-race assault on third-place Leclerc, Mercedes giving him qualifying engine modes with his new power unit to play with.

Sixth in the drivers’ championship went down to the wire. Sainz needed a point by virtue of the race result in Brazil and Gasly’s second place versus his third.

A last lap pass netted him the point he needed while Perez stole seventh from Norris.

Nobody could come close to Hamilton’s pace though, as he placed the cherry on top of his sixth title-winning season by leading every lap on the way to his 11th win of 2019.