Watch motor sport highlights from the past weekend including IndyCar racing from Portland, the World Endurance Championship season-opening race at Silverstone and NASCAR Cup Series action at Darlington 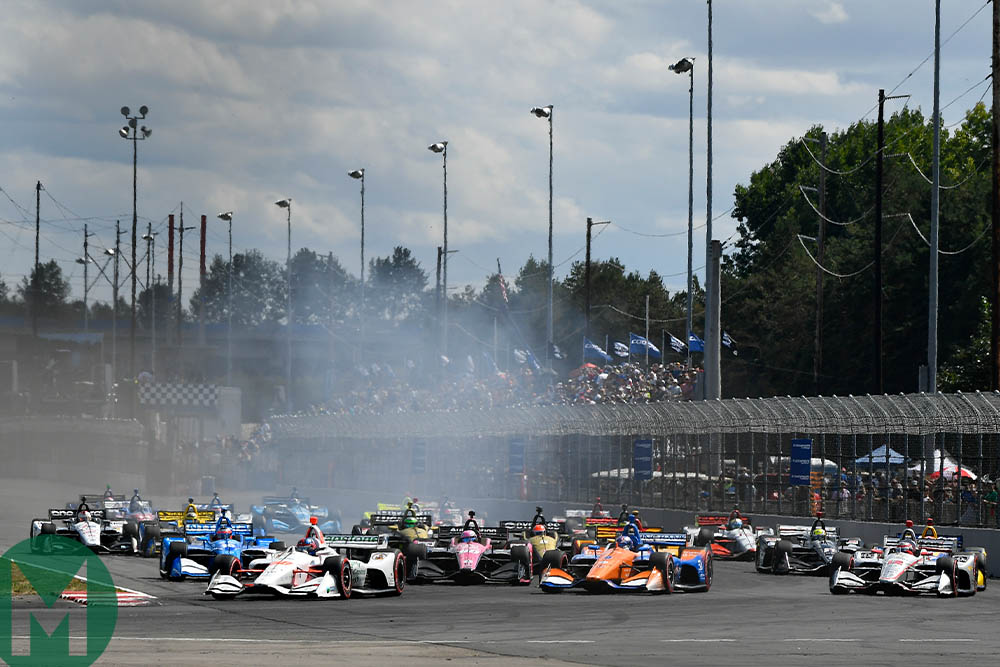 Will Power takes victory at the Grand Prix of Portland and his second win in three races. Championship leader Josef Newgarden extends his championship lead over Alexander Rossi and Simon Pagenaud with a fifth-place finish. He heads into the season finale at Monterey with a 41-point lead.

Toyota claims a one-two finish in spite of new Equivalence of Technology rules and subsequent weight penalties. The No7 team of Mike Conway, Kamui Kobayashi and José María López pick up the race win 1.9sec ahead of team-mates Sebastien Buemi, Brendon Hartley and Kazuki Nakajima in the No8 car. Porsche also gets off to a winning start in GTE Pro.

Erik Jones holds off Kyle Larson and Kyle Busch to win a rain-delayed Bojangles’ Southern 500. A pre-race downpour delays the race start but the driver of the No20 takes the lead from Larson on lap 283 and goes on to victory while Busch’s hopes of a win end with a brush with the wall while chasing down his Joe Gibbs Racing stablemate.

Timmy Hansen wins the World RX of France while Andreas Bakkerud takes the lead of the championship by two points. T. Hansen is left untroubled at the front with Anton Marklund behind unable to make any progress into his lead.