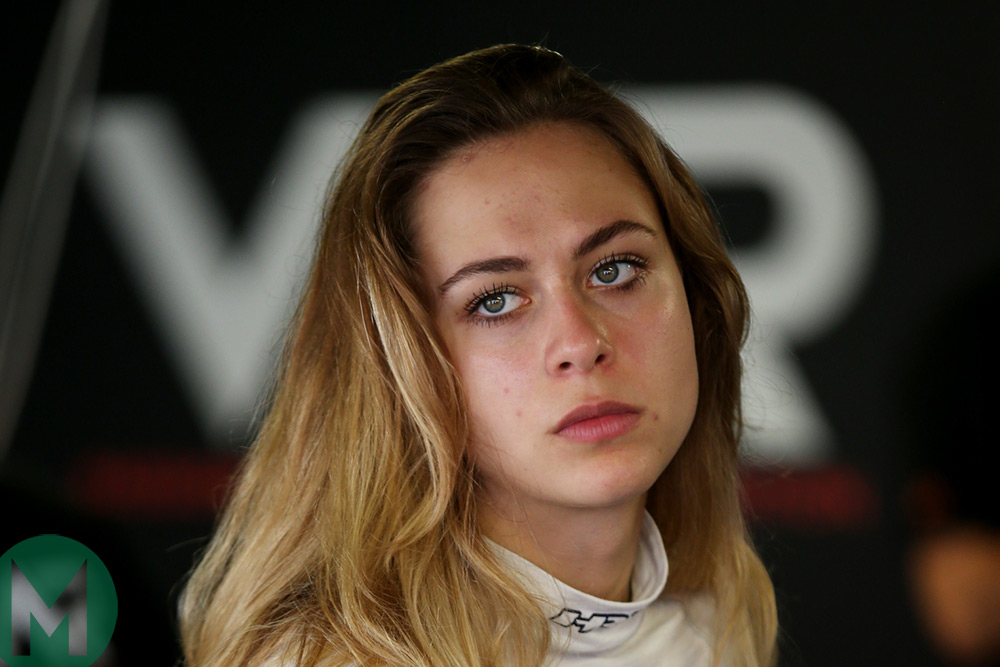 Sophia Flörsch has undergone a successful 11-hour operation after fracturing her spine at the Macau Grand Prix.

The 17-year-old’s Van Amersfoort Racing F3 car was launched over a catch-fence at more than 170mph, injuring a marshal and two photographers.

A statement on her Facebook page read: “I survived the operation, which took 11 hours, well. Hope from now on it only gets better. I have to stay a few more days in Macau until I’m transportable. I want to thank all of my fans for every single get-well wish, which [will] I now start reading.

“This really motivates me and gives me courage. My thoughts are also with everyone who was involved in the accident. I hope everybody is healthy… thank you for all the encouraging, calming words in these tough minutes in my car.

“A real big thanks to the medical staff here in Macau for the friendly and professional treatment.”

She also thanked her doctor, Ricciardo Ceccarelli, her team the local FIA rescue team, as well Dallara for its chassis.

Van Amersfoort Racing, the German squad that has fielded drivers such as Max Verstappen, Charles Leclerc, Mick Schumacher and Jos Verstappen, issued a statement that thanked fans for messages of support and added details on Flörsch’s surgery.

“It took a team of specialists over nine hours to repair her fractured vertebra and remove a bone splinter, which was sitting dangerously close to her spinal cord.

“Nerve monitoring shows that her vital nerve functions react well, therefore the initial signs give a positive outlook towards her recovery.”

The Macau Grand Prix stated that its safety measures were in line with the FIA’s guidelines. In all, five individuals including Flörsch sustained injuries.

“All of [the injured personnel] had been sent to hospital for treatment and were conscious on their way to the hospital,” stated the race organiser.

“A Japanese driver who was amongst those injured has been discharged. In addition, the motorcycle riders who have been admitted to hospital are in stable condition and are currently recovering,” said the statement.

More – Macau GP: one of a kind

How Zhou Guanyu is changing perceptions: 'I do my talking on track'