Bill Simpson is credited with saving countless lives, thanks to innovations that include the Nomex suit, drag parachutes and crumple zones 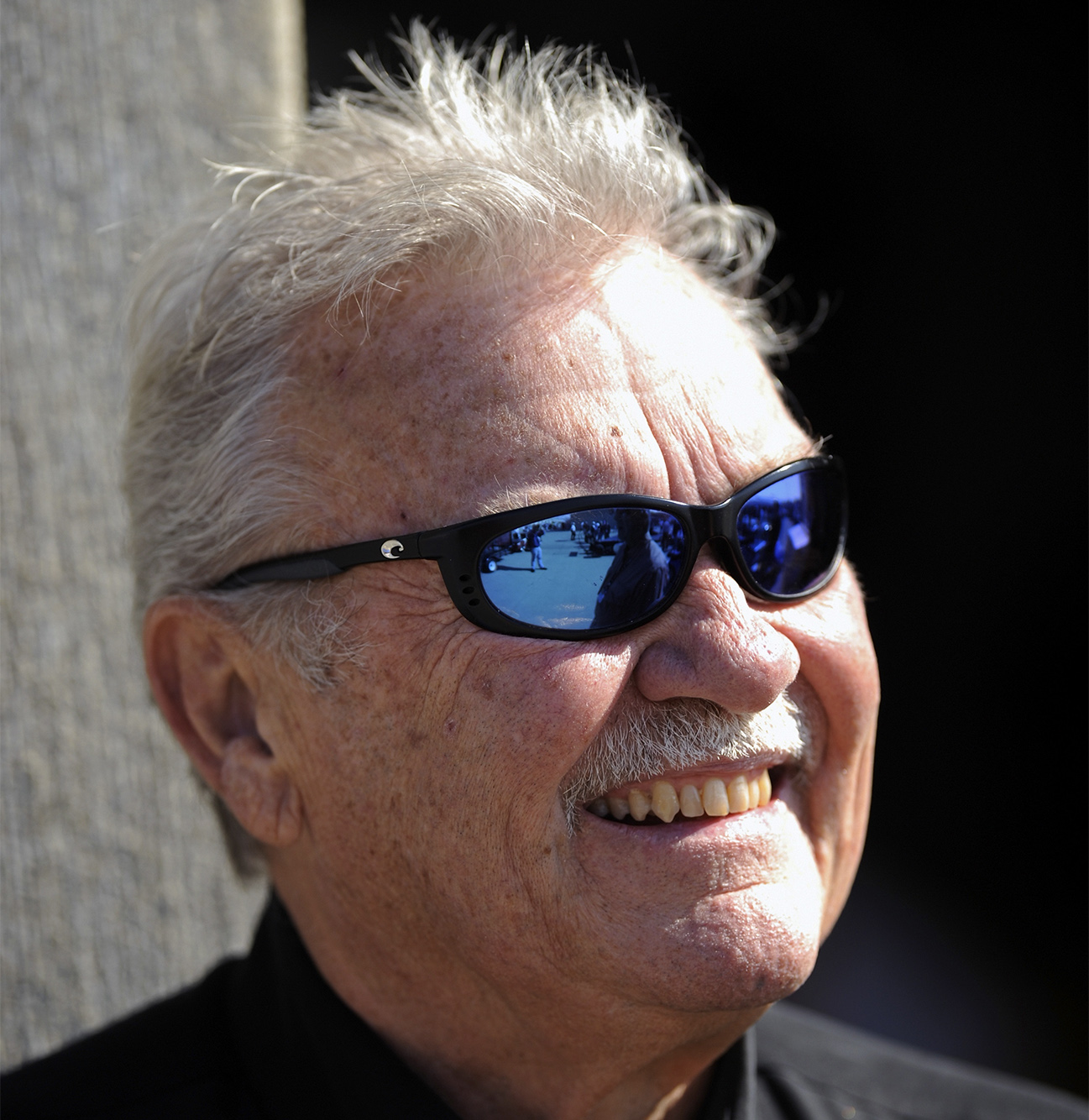 A racer and safety pioneer, Bill Simpson, who has died aged 79, introduced fire-resistant suits to racing, campaigned relentlessly to make the sport safer, and mentored IndyCar and NASCAR greats.

Simpson was known for setting himself alight to demonstrate the qualities of the Nomex fabric that made up his innovative racewear, helping to convince fellow racers to switch to the material. He’s credited with saving countless lives from this, and many more innovations.

But by then, the colourful Simpson had found a second calling and was making his name as a safety advocate and entrepreneur. It followed a drag racing crash in 1958, aged 18, that left Simpson with two broken arms and badly bruised.

“Until then, I was like most drivers,” Simpson told the Motorsports Hall of Fame of America. “The only time I thought about safety was after I’d been hurt. This time, I was hurt bad enough to do a lot of thinking.”

So when Simpson left his hospital bed, he headed for his garage, found a sewing machine and began creating the first purpose-built parachutes for that era’s Top Fuel cars, which was eventually adopted by drag-racing star ‘Big Daddy’ Don Garlits.

It was Simpson’s friendship with Pete Conrad, the third man to walk on the moon, that would lead to an even bigger breakthrough in 1966. Conrad suggested that a new material being used for Gemini capsule re-entry parachutes would be ideal for race suits.

With a good word from the astronaut, NASA released a rare sample of the Nomex cloth to Simpson, who made it up into a race suit, showed it to Dan Gurney, and set it alight in a demonstration.

In May 1967, he took the suit to Indianapolis and, in that month’s Indy 500, around 30 of the race’s 33 starters were wearing Nomex suits from Bill’s company, Simpson Performance Products.

Today the racing world lost a pioneer & an innovator, and I lost a friend. Everyone knows how important Bill Simpson was to racing, and how he famously would light himself on fire, but who knew that @GanassiChip supposedly lit that very first match? RIP Bill. We’ll miss you. pic.twitter.com/4pFdLeTLNr

The customer base grew as Simpson set himself on fire on several occasions to demonstrate the suit’s essential qualities.

At one demonstration in 1976, the conflagrated Californian noted that Johnny Rutherford was cooking a hotdog from the resultant fire.

The company expanded into seat belts, gloves, helmets and driver suits, while Simpson remained on the racing scene. In 1976, he gave Rick Mears his break, providing the eventual four-time Indy 500 winner with an Eagle car to compete in his first IndyCar race.

The some-time team boss eventually released the Indy 500 star from a 10-year contract so he could drive for Penske. Mears later had customised race shoes made by Simpson so he could still compete whilst recovering from injury.

He also championed safety improvements in NASCAR, pushing the series to bring in crumple zones, and is credited for the introduction of window nets.

The motorsport industry adopted Simpson Seatbelts as an industry standard, but this led to eventual controversy when NASCAR cited a failure of one of the belts as a contributing factor to Dale Earndhardt’s death at Daytona in 2001.

Simpson refuted accusations of there being a manufacturer defect, saying that Earndhardt’s custom installation of the seatbelts, in pursuit of increased comfort, resulted in the fatal accident.

In light of increased head injuries for American Football players, Simpson also developed a stronger and lighter helmet for the sport.

The safety pioneer released two books chronicling his life – ‘Racing Safely, Living Dangerously’ and a sequel, ‘Through the Fire’.

Since his death was announced, tributes have poured in. Rusty Wallace, the NASCAR driver wrote: “Bill Simpson was one of my best friends. He made a huge positive impact on racing and we should all be grateful for his contributions. Bill did things his own way and he was 100% committed to making racing safer. I’m not sure I’d be here today without Bill. I’ll really miss him.”

Jeff Gordon, the four-time NASCAR Cup Series champion posted: “Will forever be thankful of what Bill Simpson did for safety and the support he gave me as a young racer. No doubt the biggest personality in the room anywhere he went & a dear friend. RIP Bill!”

The two-time Indy 500 winner, Arie Luyendyk wrote: “Sad day today and empty feeling learning of Bill Simpson’s passing, Bill was a true racer and helped many drivers like me during their careers. Never one to hold back we will miss his unfiltered thoughts and stories. RIP Bill.”

There will be a celebration of Simpson’s life being planned for this coming May at the Indianapolis Motor Speedway Museum.