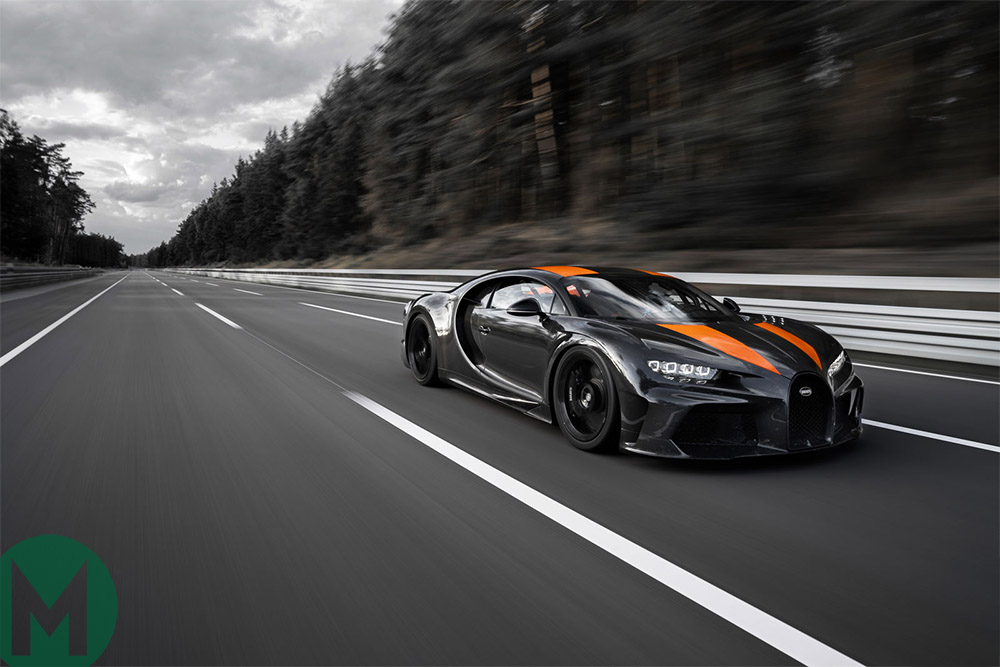 A modified Bugatti Chiron has broken the 300mph barrier, and is claimed to be the first hypercar to do so.

The 304.77mph top speed logged by the marque’s test driver and Le Mans winner Andy Wallace is a world record for a near-production car.

Spending 70sec at full throttle, Wallace travelled at 136 meters per second during his attempt.

The Chiron in question was specifically modified in order to set the record, which included safety enhancements as well as aerodynamic improvements to the base car.

Michelin also provided bespoke tyres to set the record, with the specially created tyres x-rayed and tested to withstand 5300 G and up to 317mph.

The record was verified by SGS-TÜV, the German technical inspection association, with a sealed GPS box.

Wallace’s attempt was not the first in his career. In 1998, he took a McLaren F1 to 243mph, setting the same production car record.

With the announcement, Bugatti also said that it would be stepping away from producing the world’s fastest production cars.

“An incredible achievement that shows what the men and women of Bugatti are capable of. But this was the last time for us. Bugatti was the first to exceed 300mph – its name will go down in the history books and it will stay that way forever.

“We have shown several times that we build the fastest cars in the world. In future we will focus on other areas.”